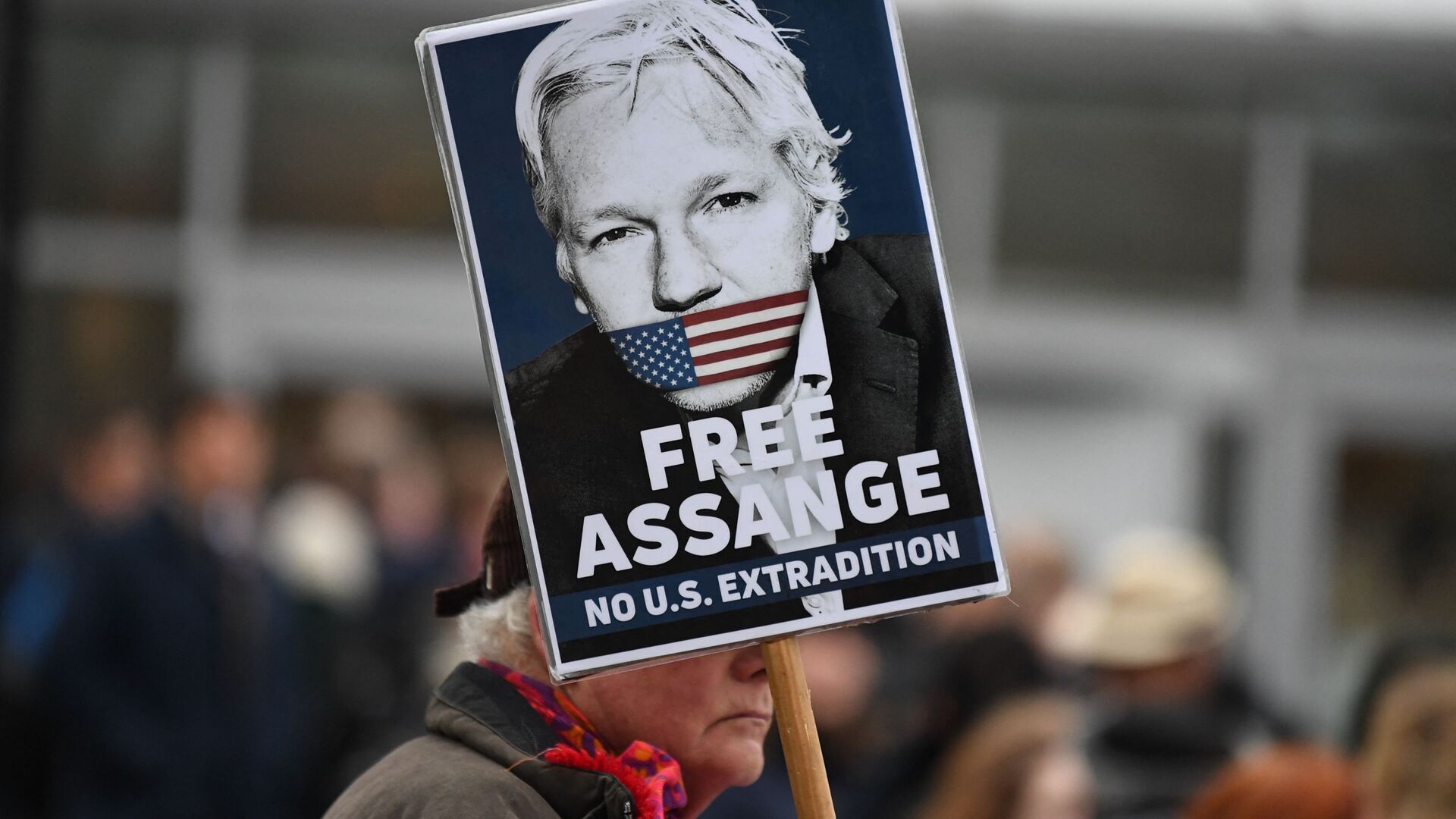 Oleg Burunov
All materialsWrite to the author
In early 2020, a UK district judge ruled not to extradite Julian Assange to the US, but decided that he must wait in prison for the outcome of an appeal filed by American prosecutors.

Julian Assange's fiancée Stella Moris has bemoaned the fact that even though the WikiLeaks founder "won his case against extradition to the USA six months ago", he "remains locked up" in the Belmarsh maximum-security prison in London.

In January, UK District Judge Vanessa Baraitser ruled not to extradite Assange to America, citing health reasons and the risk of suicide in the US prison system. The judge, however, decided that the WikiLeaks founder must stay in jail to wait for the outcome of an appeal by US prosecutors against the British court's ruling. 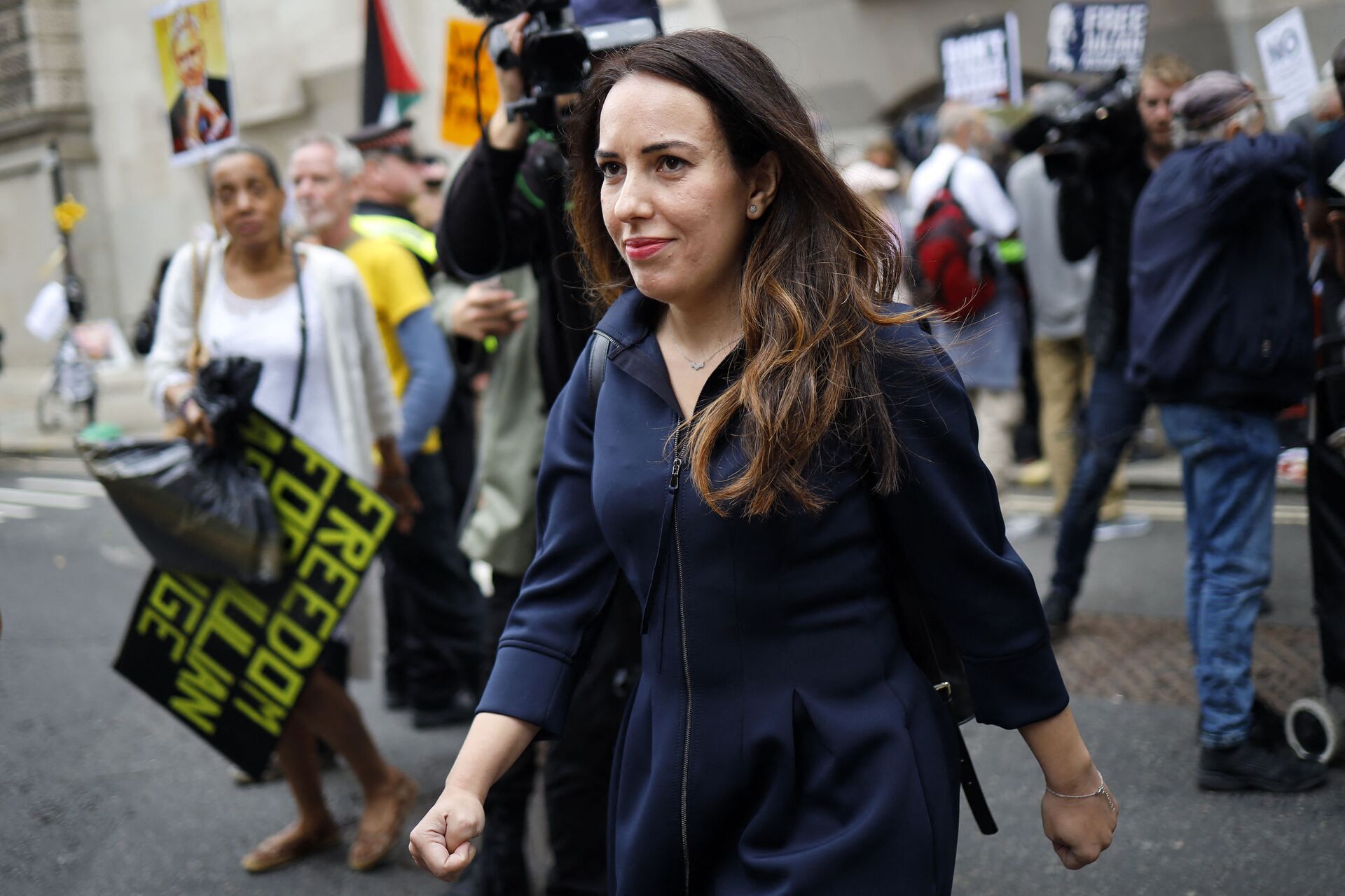 Stella Moris, the partner Wikileaks founder Julian Assange, leaves the Old Bailey court during a break for lunch, in central London on September 7, 2020, on the first day of the resumption of Assange's extradition hearing
© AFP 2022 / TOLGA AKMEN

"He [Assange] is barely hanging on inside Belmarsh. He is still fighting and committed but this feels like an endless punishment. At times he is in such despair he thinks he is a burden, so suicide is a very real fear", Moris told the Daily Mail.

She described her fiancé as a "publisher" who is "not violent” and "not a danger to society", arguing that the Assange case is "about freedom of information".

"This situation shames the UK's justice system. It is a blight on the UK's global reputation. It is unacceptable for a foreign power to be able tell Britain what to do. It's time for [US] President Joe Biden to drop the charges against Julian and [UK Prime Minister] Boris Johnson should ask him to do so at the G7 meeting in Cornwall this week. Hopefully then, justice will prevail", Moris said.

She went on to say that for her significant other "there is no end date in sight and that's inhuman", adding, "at least convicted prisoners have hope". 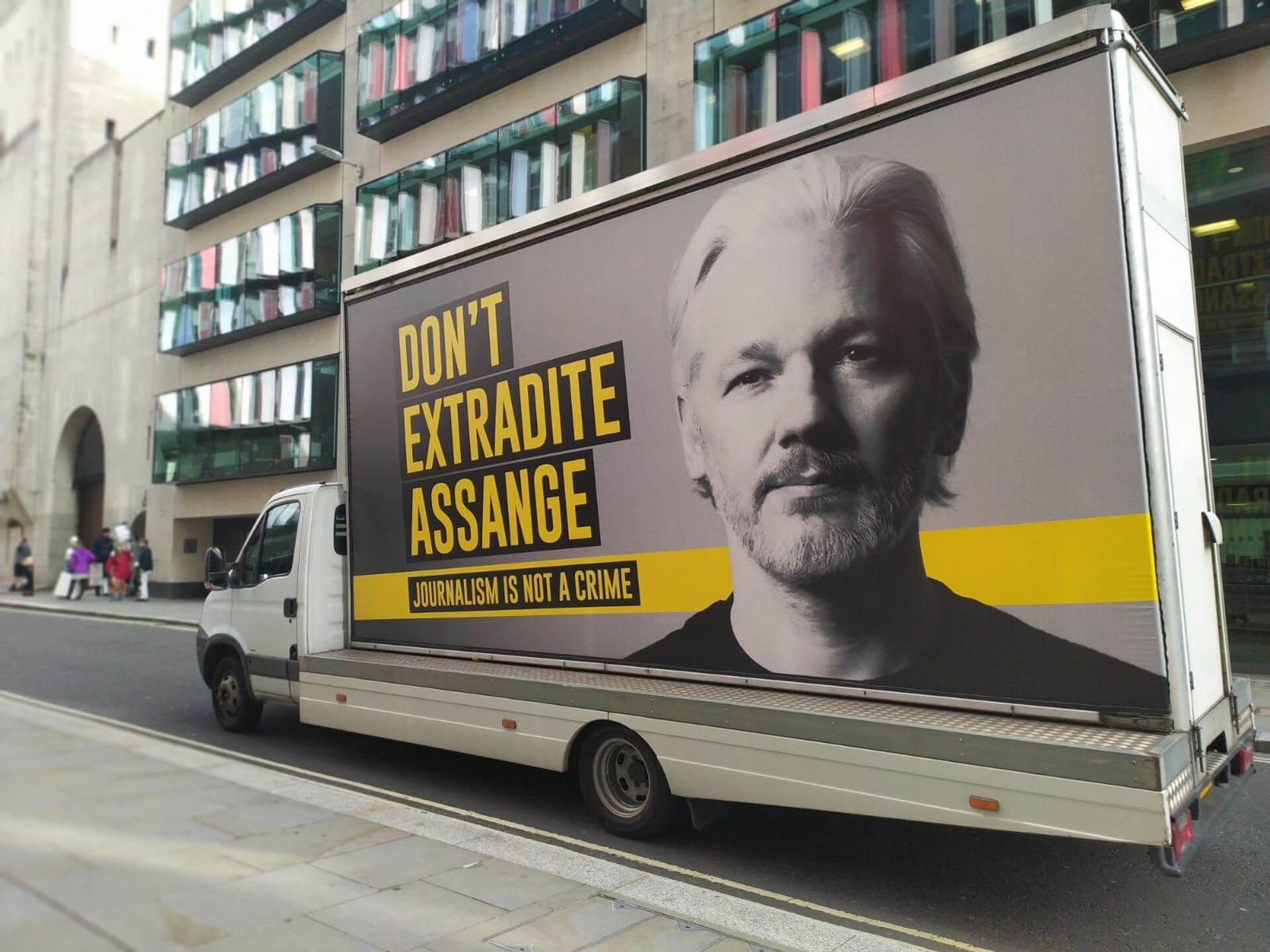 Van with banner on it saying Don't Extradite Assange - Journalism is Not a Crime passes by Old Bailey on 28 September 2020
© Photo : Mohamed Elmaazi

The WikiLeaks founder's fiancée asserted that Assange is in Belmarsh prison "only because the government wants to keep an eye on him". According to Moris, "he is in storage, warehoused, while the UK waits to see what the Americans will do next. In Julian's own words, Belmarsh is a meat processing plant. In no sane world is it where he belongs".

"Julian has no agency over his own life. His days are incredibly routine – they melt into each other. He needs human interaction and mental stimulation. I have seen him in a terrible state, unable to even string a sentence together. It's tough, navigating life inside. The prison has its own criminal justice system and he has been in trouble [with his guards] for the smallest things such as asking for a spoon when he wasn't entitled to one", Assange's fiancée said.

She expressed concern over Assange possibly facing much harsher prison conditions in the US if the American prosecutors win their appeal, saying "it's completely barbaric in America". 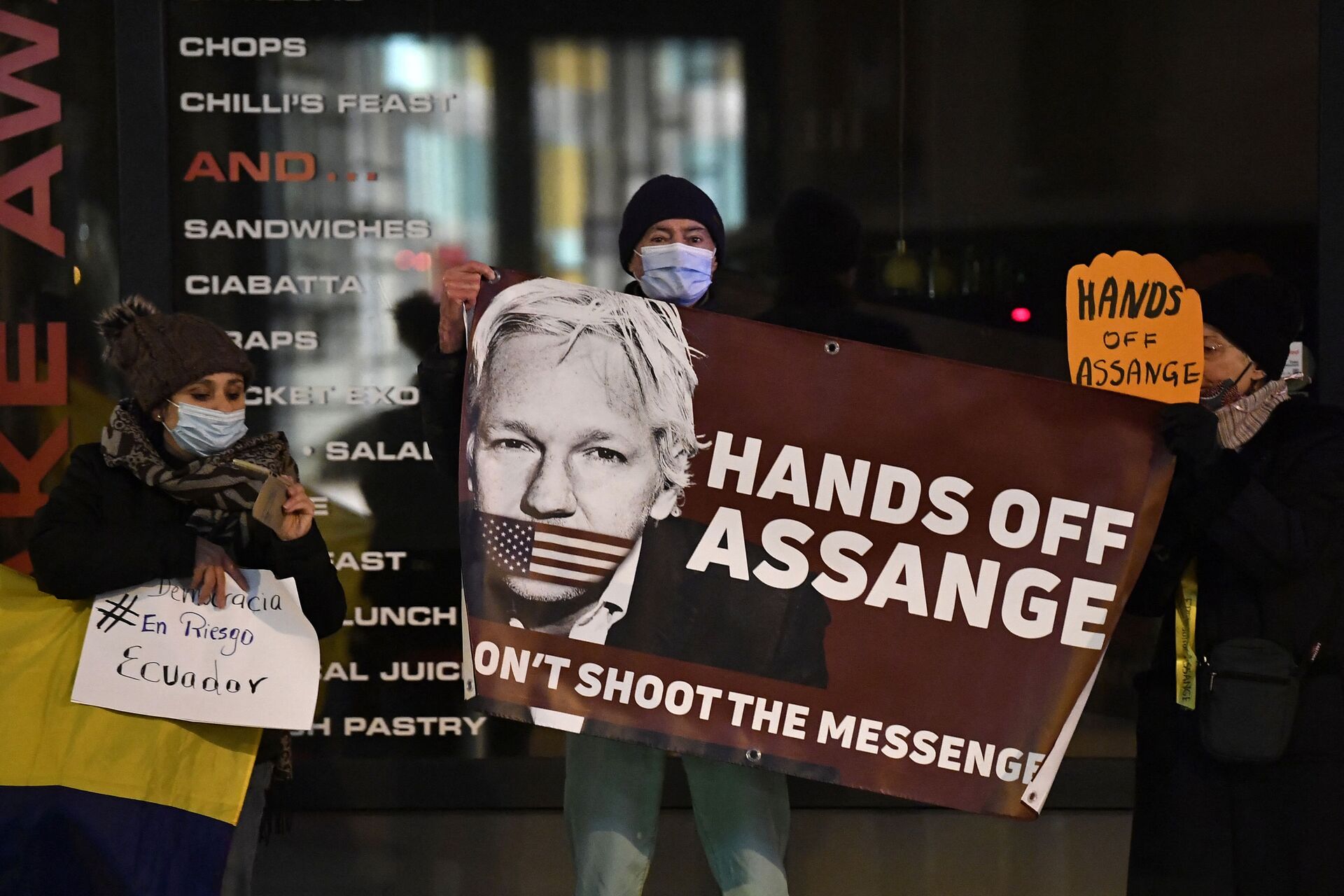 Moris suggested that if extradited to the US, her fiancé would be "placed in isolation" because he is "considered a national security case [in the US] and a suicide risk".

"Their worst isolation is called special administrative measures. It allows one phone call of 15 minutes per month and inmates are taken out once a day to exercise in an area the size of a parking space with a cage around it", she asserted.

Assange's fiancée accused the Americans of trying to prove that "their Espionage Act is the same in law as Britain's Official Secrets Act, which has never been used against a publisher or journalist".

"I don't want to accept this. If you accept it you are lost", she concluded.

Moris spoke a few weeks after WikiLeaks Editor-in-Chief Kristinn Hrafnsson expressed alarm over President Biden's reluctance to drop the Trump administration's policy of pursuing charges against Assange. Hrafnsson called for a political decision to be made to stop what he described as the politically motivated prosecution of the WikiLeaks founder.

World
Assange's Supporters Disappointed After UK Court Denies Bail to WikiLeaks Founder
Assange was arrested in London on 11 April 2019, and sentenced to 50 weeks in prison for jumping bail in 2012, when he took refuge inside the Ecuadorian Embassy in the UK capital to avoid extradition to Sweden, where he faced sexual assault charges that were later dropped by a Swedish court.

The 49-year-old publisher is wanted by the US Justice Department on espionage and computer fraud charges after WikiLeaks made public thousands of secret files and classified information that shed light on possible war crimes committed by US troops in Iraq and Afghanistan. Assange faces up to 175 years inside a top security American prison if convicted in the US.