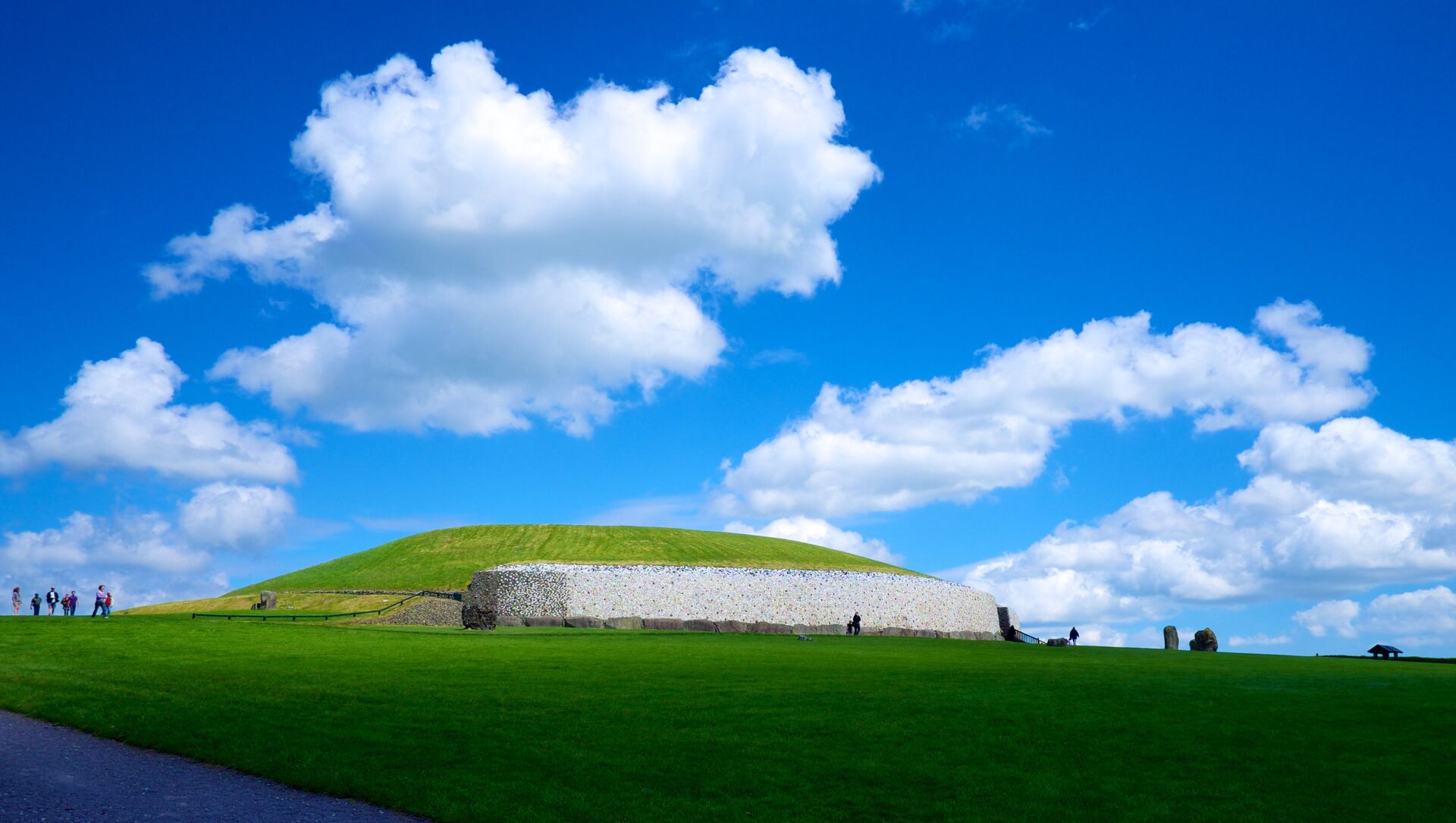 Max Gorbachev
All materialsWrite to the author
Scientists estimate that it was built approximately 3,200 BC. Designated as UNESCO World Heritage site, archaeologists say that Newgrange is one of the finest examples of passage graves, tombs that consist of several burial chambers that are covered in earth or with stone.

It is not as popular as Stonehenge in neighbouring Britain, but when it comes to mysteries, scientists say Ireland's "mega tomb" may surpass even the iconic stone circle monument. Little is known about who built it, while the purpose of the grave still remains a mystery, with researchers assuming it was built for ritual gatherings and served as a place where people honoured their ancestors.

One thing all scientists agree on is that Newgrange is a feat of engineering. The monument is aligned with the winter solstice – the longest night and shortest day of the year. When a ray of sunshine enters the tomb it lights up the 18-metre corridor that leads to the burial chambers. Archaeologists are baffled at how the builders managed to construct such a complex monument, given that they only had rudimentary technology.

The burial chambers contain the ashes and bones of four of five people. Who they are is a mystery, too. Scientists assume that only high-profile individuals such as priests or rulers were buried in Newgrange.

The facade of the monument, which is approximately five centuries older than the Giza Pyramids and Stonehenge, is made of white quartz. The interior of the monument is decorated with stone carvings.

Archaeologists believe it took decades to construct the monument and given that life expectancy was short back then, the project was passed from generation to generation.