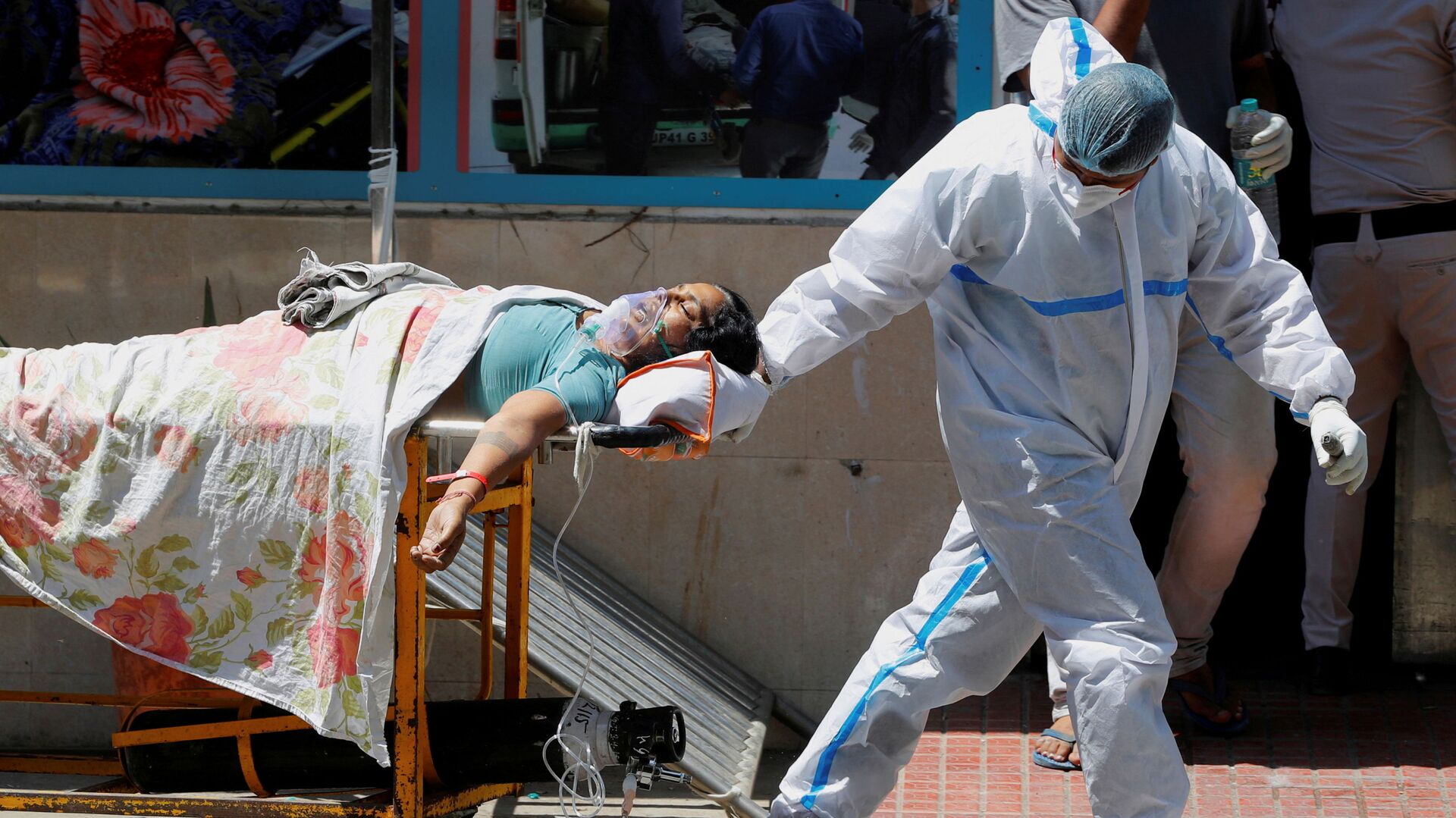 Sushmita Panda
All materials
After witnessing a record number of new cases and deaths in April and May, India's coronavirus numbers have plummeted dramatically in June. Nevertheless, thousands of recovered patients are still facing health issues and many have succumbed to these lasting effects in an overworked national healthcare system.

Although COVID-19 cases have begun declining, post-virus complications are emerging in India as silent killers and there is currently no proper documentation of such data.

Many COVID-19 patients are suffering, irrespective of their age, from lung injuries that cause shortness of breath for weeks or months after infection. Others are experiencing cardiac problems and memory loss. Doctors say that 70-80 percent of total outpatient department (OPD) cases are flooded with patients with post-COVID issues or complications in Delhi. Several patients are also claiming that their situation is deteriorating because after being discharged from hospitals, doctors are "ignoring" them.

"An elderly [patient] was admitted to hospital for COVID. After getting discharged, he started developing Mucormycosis symptoms. His son was desperately looking for a doctor's support. They took him to the emergency and after keeping him overnight the hospital sent him back home. His situation deteriorated and he died in 24 hours. His life could have been saved if doctors had paid attention to post-COVID symptoms", Payal [name changed], a relative of the deceased patient told Sputnik.

Delta Variant Responsible for India's Second COVID-19 Wave Has High Virulence Rate, Says Expert
Sometimes patients who have tested positive for COVID are prescribed steroids and a steroid treatment cannot be abruptly stopped. Some doctors minimize the dosage and ultimately stop administering it. However, some patients say the doctors are not updating the medications properly.

"My brother was admitted to a hospital due to COVID-19. He was on high-dose steroids, Remedesivir, antibiotics, IV injections. He got discharged with 10 days of medicines. After 10 days, when we contacted the doctor, he just asked us to immediately stop the steroids. We had to look for other doctors' consultations for tapering steroids and anti-coagulants. How could the doctor stop steroids suddenly? In serious patients blood clottings emerge later, so many doctors advise to continue it for few more weeks. Such negligence could have created some serious issues", the patient's sister told Sputnik.

Sputnik reached out to Komal [name changed], who lost her father due to COVID-19. She said that it's not only doctors and healthcare workers that are affecting the health of a patient but so many other people who just want to take advantage of the situation.

"My father was mildly infected but suddenly his coughing escalated and oxygen concentration level in body dropped drastically. The major damage was done when he was off-support when we had reached the hospital as the hospital didn't have any oxygen cylinder regulator. Also, doctor said that Bilevel Positive Airway Pressure (BiPAP) is not working on him and the hospital asked us to get a new one. The machine costs INR 40,000 ($548.46) to INR 60,000 ($822.69) but the pharmacy gave us one at INR 130,000 ($1,783.13)", the patient's daughter told Sputnik.

Some patients are left on their own after getting discharged from the hospital. Many COVID patients, including those who have recovered in home isolation, are developing critical complications. Fibrosis of the lungs, cardiac arrests, renal failures, neurological problems, swelling on faces and diabetes are some of the most common complications.

Some Indian states have provided treatment to patients who have recovered from COVID. Haryana's health minister, Anil Vij, announced that post-COVID care centers 'Umang' will be started in all major government hospitals in Haryana to ensure a complete recovery.

India added around 114,000 new coronavirus cases over the last 24 hours on Sunday, while deaths from COVID-19 rose by 2,667. The country's overall case load now stands at 2.88 million, according to the health ministry.