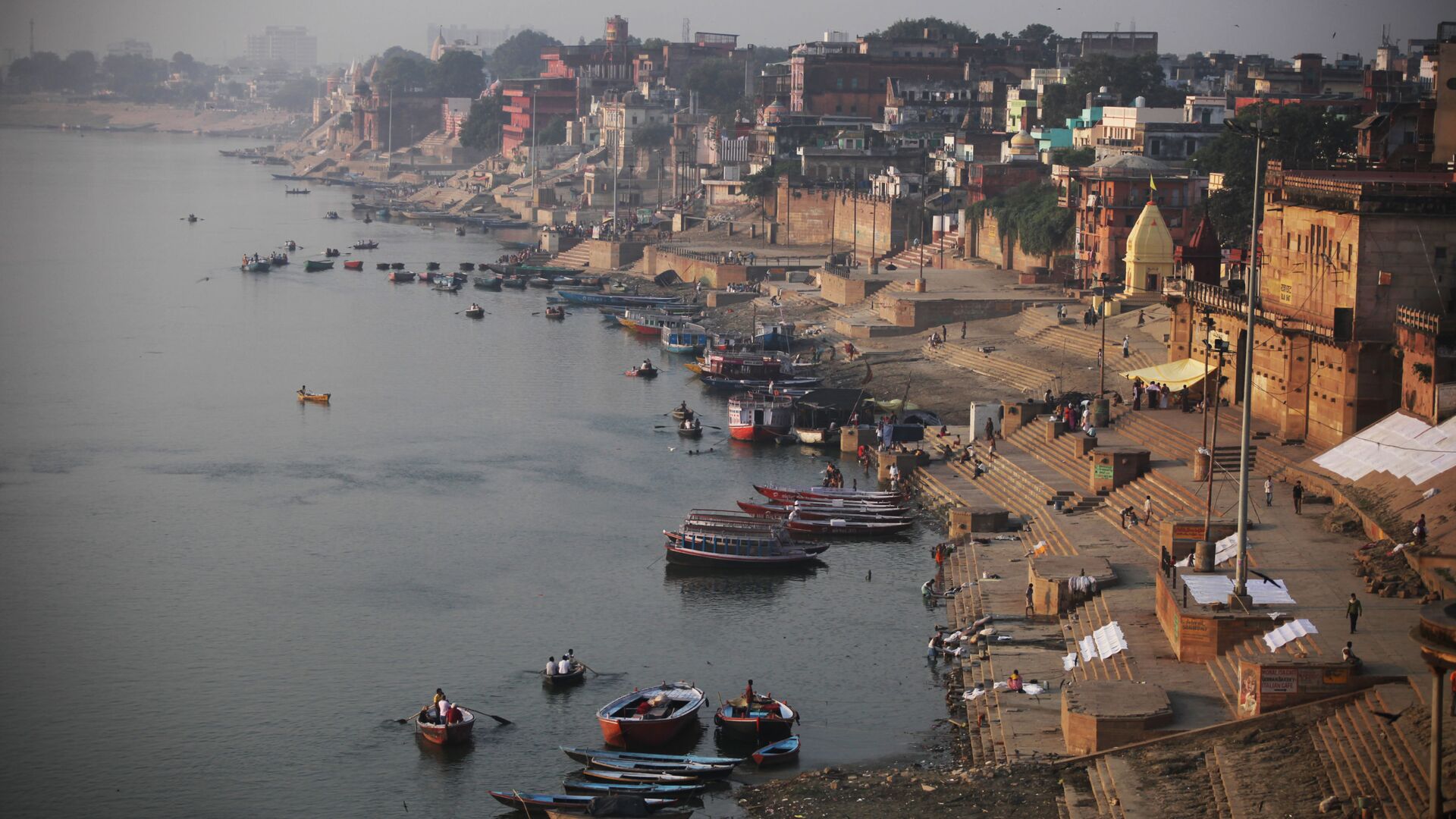 Advitya Bahl
All materialsWrite to the author
The Ganges is considered a holy river in India and thousands of people on a daily basis bathe in it. According to the Indian government, there are around 4,500 villages on the banks of the Ganges, which passes through several states in the country.

The holy river Ganges has changed its colour to green, sparking panic among residents of Uttar Pradesh.

According to the locals, the river turns light green during the rainy season due to the heavy inflow of mosses and lichens from ponds and lakes.

"But this time, the change in colour has been to a greater extent. It smells bad and people are suffering. Generally, this is witnessed only from a few ghats (bathing or cremation places along the banks of any river). Now it is visible everywhere", Mukesh Sharma, a resident of Varanasi, said.

Vipul Vats, also a local, said that most people are neither able to take a dip in the holy river nor use it for other purposes, such as drinking.

The water of the Ganges river looks green in Varanasi, what is the reason behind it? hope @CSIR_IITR to find out soon. pic.twitter.com/011TqFRY2L

Climatic regulation is done by water vapour. Pollution and eutrophication are mainly responsible for algal growth in #GANGA water leading to green colour.Discussed this issue on occasion of #WorldEnvironmentDay pic.twitter.com/LO4lDIL8U4

Experts believe that the greenish hue of the river could be caused by microcystis algae.

"From the visual observation, it appears algal blooms formed by the algae named Microcystis, which is usually found in stagnant water. In Ganges, it might have come from some side drains or stagnant source during rain”, B.D. Tripathi, the chairman of Malviya Ganga Research Centre at Banaras Hindu University, told Sputnik.

"If the condition persists for a longer duration, it may cause fish mortality as neurotoxin and microcystins are produced by the algae which may be harmful to other aquatic animals. Bathing in it can cause skin diseases and drinking it can harm human livers", Tripathi mentioned.

I'm completely disappointed having seen this circumstances, Maa Ganga is continuously turning into abnormally green, identity of maa gange is being stolen. Considerable! @dmvaranasi2016 ,@varanasipolice @myogiadityanath , encounter my query by your accountability. pic.twitter.com/EgKnTzNJvC

The state authorities are also monitoring the situation closely and say there is nothing to worry about for now.

Speaking to Sputnik, Regional Officer of the Pollution Control Board Kalika Singh said, “The algae have not grown in Varanasi or Prayagraj, but have come from the upstream. We are monitoring the situation and have also examined the level of dissolved oxygen of Ganga and other parameters, which were found normal”.

The Narendra Modi government launched a cleaning programme called "Namami Gange" in 2015 to accomplish an effective abatement of pollution, conservation, and rejuvenation of the river. The government allocated a total of INR 200 billion ($2.74 billion) for this purpose.