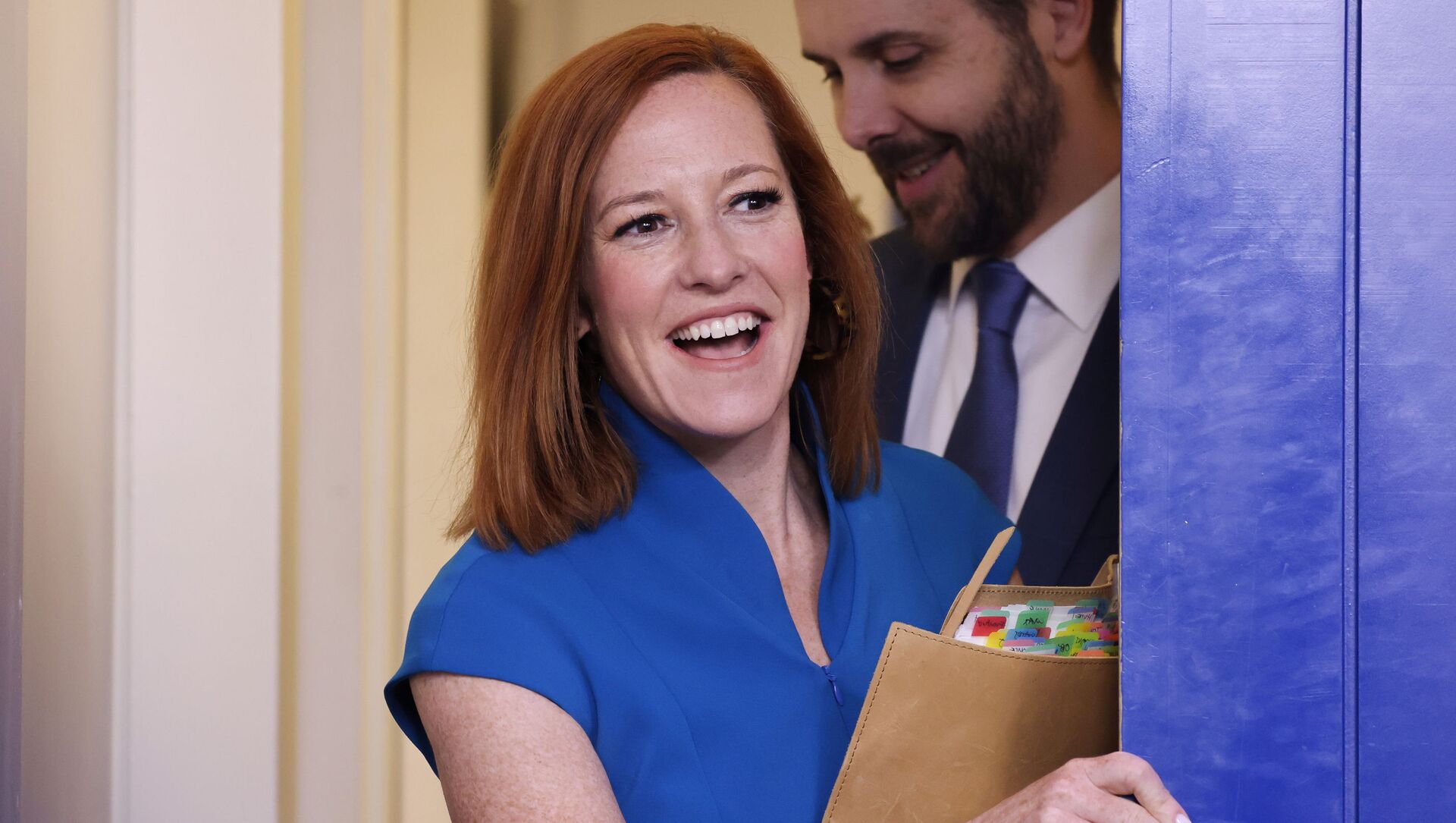 Daria Bedenko
All materialsWrite to the author
Recently, communication between journalists and White House Press Secretary Jen Psaki has seen criticism, as many suggest that some correspondents are soft on the Biden administration. Earlier in the week, the press corps at a White House briefing was mocked for asking questions about the Biden family cat, instead of other issues.

CNN journalist Brian Stelter landed in hot water on Sunday after asking White House Press Secretary Jen Psaki what, in her opinion, the media get wrong when covering the work of the Biden administration.

"Busy summer ahead – infrastructure, election reform. What does the press get wrong when covering Biden's agenda? When you watch the news, when you read the news, what do you think we get wrong?", Stelter questioned during a one-on-one interview with Psaki.

Psaki decided not to lash out at media, only sharing her views on the process of passing legislation and how "messy" it can be, noting that she does not know whether it is "the press getting it wrong".

"I'll leave you to the critique of that, Brian", Psaki stated.

But it was not Psaki who lambasted the media, but rather netizens watching the interview who immediately deemed Stelter's question "bootlicking" and "pathetic".

Now that's some hard-hitting journalism right there. Did they blow kisses to each other when it was over?

He’s blatantly asking how they can make Propaganda better for the Biden Administration.

Brian Stelter effectively asks Jen Psaki: ‘how can we better serve you?’

​Users recalled other "hard-hitting" questions that the Biden administration had to take - including those about ice cream flavours.

They certainly get wrong just how flexible Joe is on his ice cream choices. He's VERY diversified.

​Others offered a response to the "what do we get wrong" question instead of Psaki.

​This is not the first media backlash for what many see as a soft stance on the Biden administration by several outlets. Some suggest that journalists are reluctant to ask questions differing from those about the incoming White House cat or Joe Biden's favourite ice cream flavours, arguing that the press corps should instead be pressing Psaki on the origins of the coronavirus, a scandal involving the legally obtained e-mails of Dr. Anthony Fauci and cyberattacks.

Among those mocking the Biden-era press corps' journalism for being "hard-hitting" is also former US President Donald Trump's fourth and final WH press secretary, Kayleigh McEnany, who stated that it was "just so sad that you have a fawning press corps like this, a fawning media sycophantically covering members of the Biden administration".