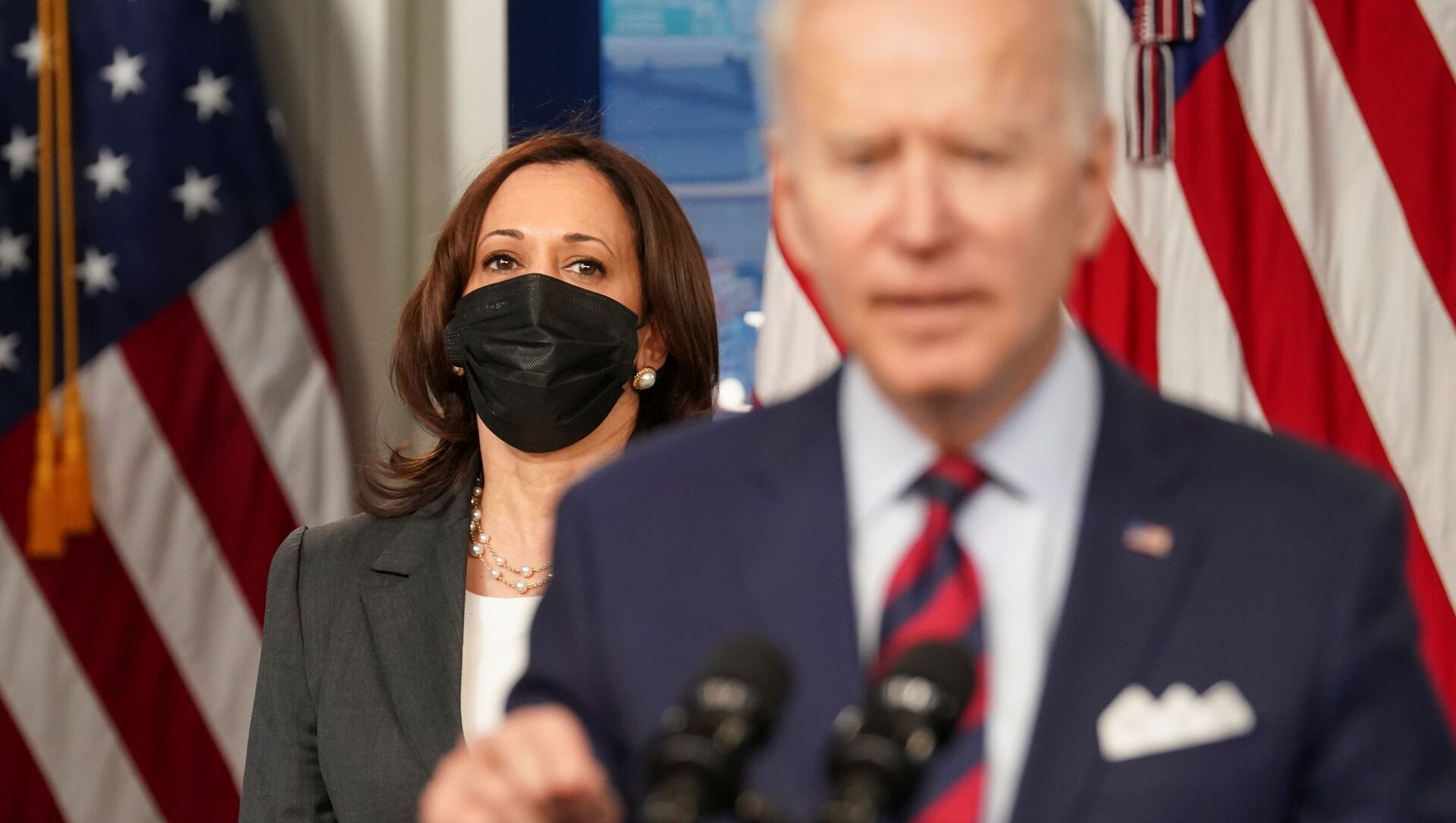 Oleg Burunov
All materialsWrite to the author
On Thursday, Democratic Congressman Henry Cuellar underscored the necessity of POTUS and the vice president to visit the US southern border amid an ever-increasing surge in migrant arrivals. Neither one has been there since assuming office in January.

Next week will see the first foreign trips by President Joe Biden and Vice President Kamala Harris, more than four months after the two entered the White House in their current capacity.

To be more exact, Harris will kick off her tour already this Sunday when she will travel to Guatemala to sit down with President Alejandro Giammattei and other leaders to discuss the "root causes" of migration. 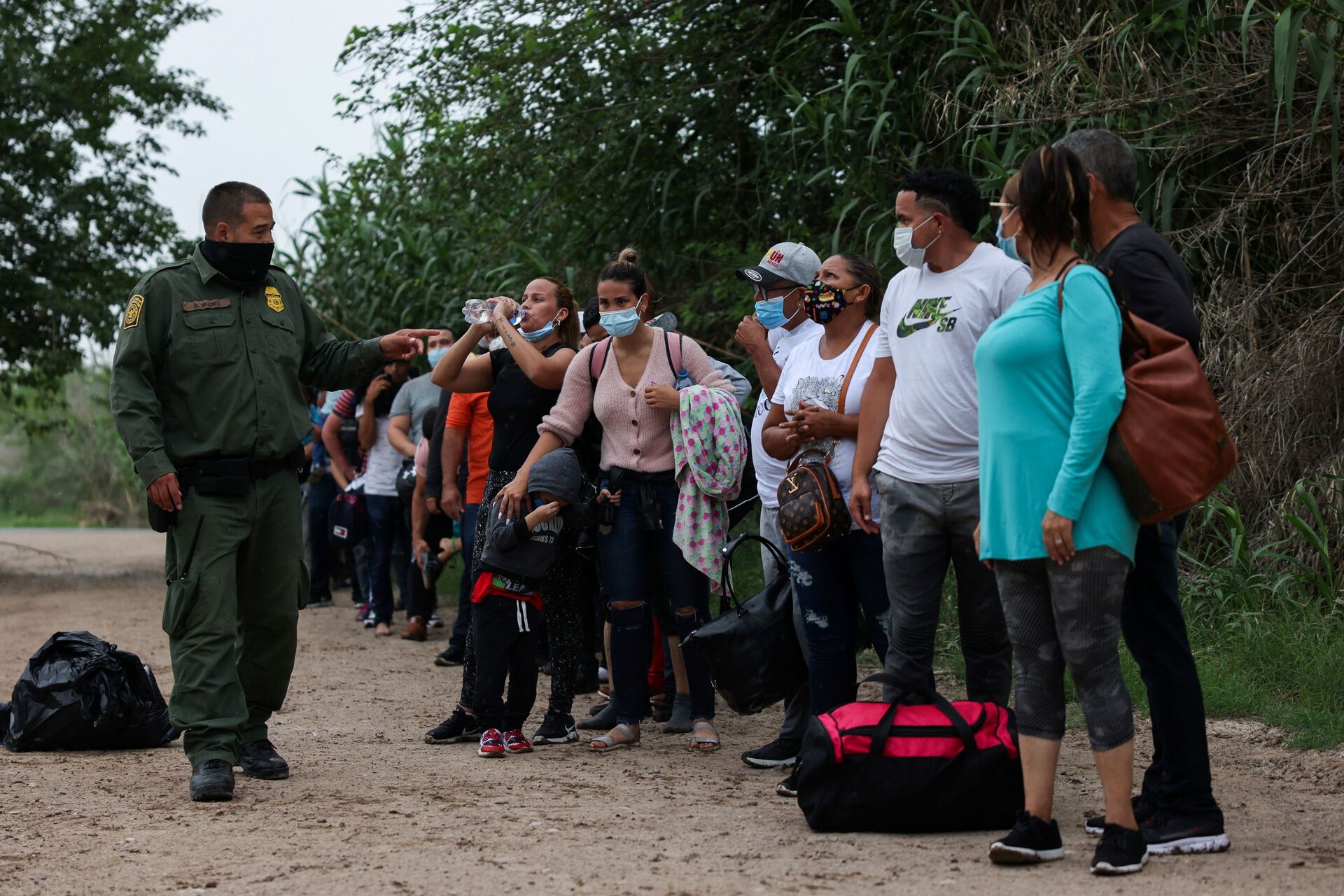 Migrants from Venezuela await transportation to a U.S. border patrol facility after crossing the Rio Grande river into the United States from Mexico in Del Rio, Texas, U.S., May 11, 2021
© REUTERS / STRINGER

After the Guatemala negotiations, the US vice president is due to visit Mexico on 8 June, for similar talks with President Andres Manuel Lopez Obrador and his advisers before returning to Washington in the evening of that day.

President Biden, for his part, will attend the 11-13 June G7 economic summit in Cornwall, England, in what will be followed by his and First Lady Jill Biden’s meeting with Queen Elizabeth II at Windsor Castle.

POTUS will also visit Belgium for a NATO summit and will then hold talks with his Turkish counterpart Recep Tayyip Erdogan. On top of that, Biden’s foreign tour includes a 16 June face-to-face meeting with Russian President Vladimir Putin in Geneva.

Biden and Harris are packing their bags amid ongoing criticism from Republicans and even some Democrats over the two’s failure to visit the US southern border amid a migration crisis, despite the fact that both assumed office back in late January. 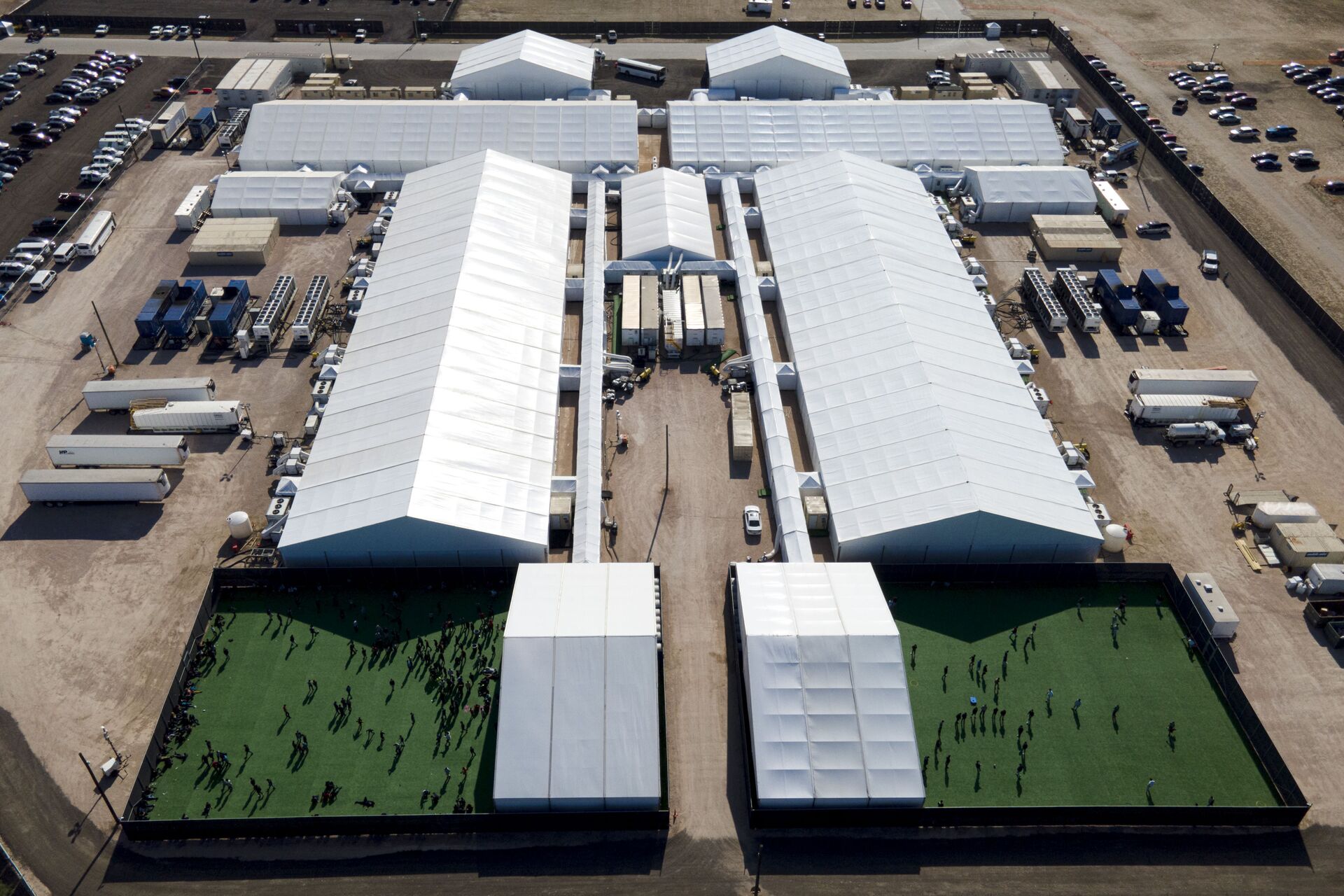 In this Friday, March 19, 2021, photo migrants are seen in a green area outside of a soft-sided detention center after they were taken into custody while trying to sneak into the U.S., in Donna, Texas.
© AP Photo / Julio Cortez

Ronna McDaniel, chair of the Republican National Committee (RNC), tweeted on Saturday night that Harris “should stop at the US border on her way to Mexico and Guatemala tomorrow to see Biden’s record-breaking border crisis firsthand”.

Kamala Harris should stop at the US border on her way to Mexico and Guatemala tomorrow to see Biden’s record-breaking border crisis firsthand.

McDaniel was echoed by Texas Democratic Congressman Henry Cuellar, who told Fox News that he and his supporters “certainly encourage the vice president, [and] the president to come visit the [southern] border”, where migrant arrivals show no sign of abating.

“I think it's important, but I guess he'll do it on their own time and terms”, Cuellar added, calling for more homeland investigators to be tasked with tackling drug cartels which, control “most of the property or the territory on the other side of the border”.

The White House has repeatedly called the issue a "vital human challenge" instead of a "migration crisis", although US government data has showed that southern border apprehensions soared by over  70% in March, when there were 172,331 migrant encounters recorded, becoming the highest monthly total in more than two decades. In April, the figure increased to 178,000. 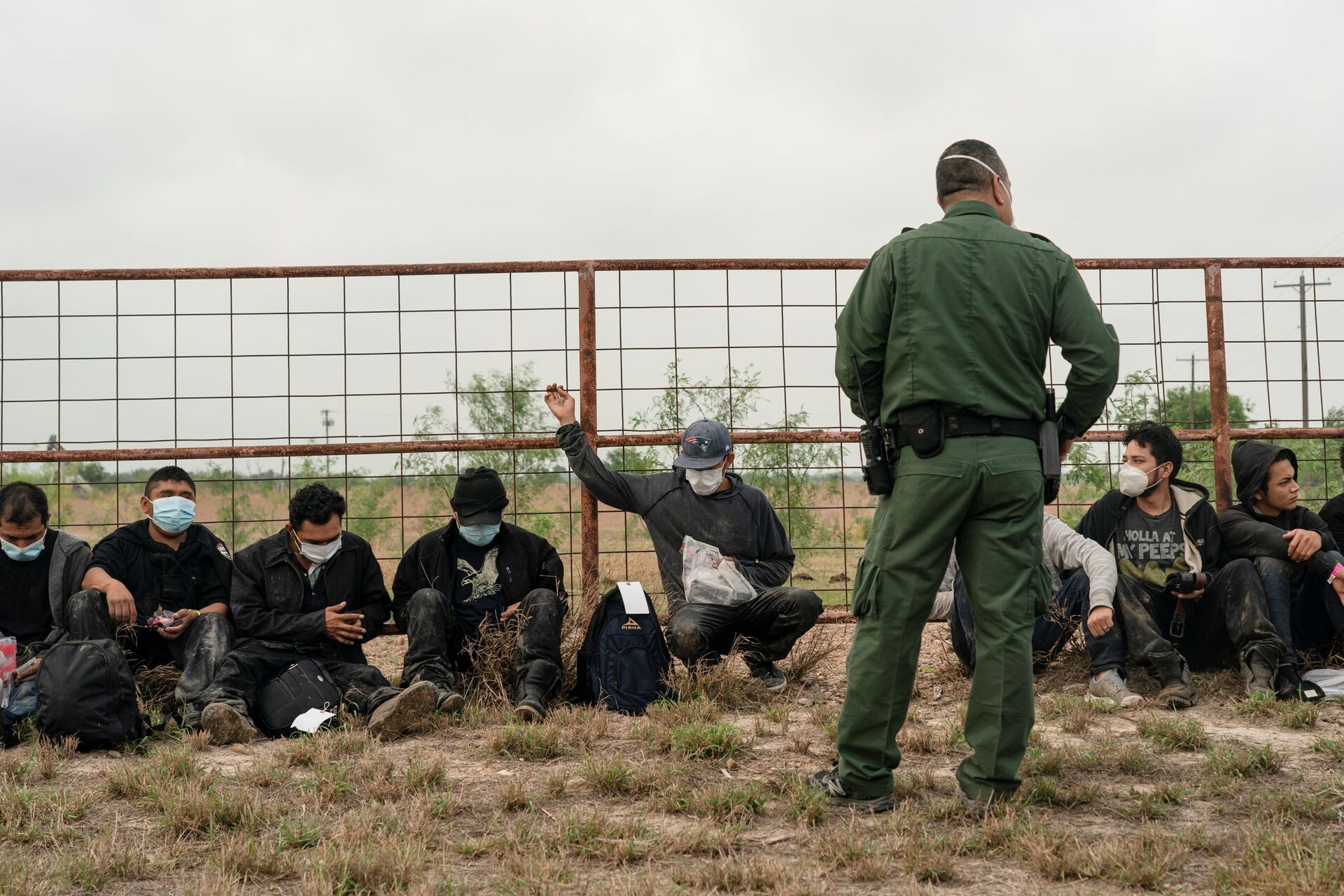 The logjam began after Biden started to reverse Trump's hardline immigration policies upon assuming office on 20 January 2021. In particular, POTUS halted construction of a border wall, moved to end "harsh and extreme immigration enforcement", and pledged to "restore and expand" the asylum system.

US Gov't Reportedly Plans to Release More Migrants Into Country Amid Exhaustion of Border Personnel
Other moves included rescinding the Trump travel ban and promising a "path to citizenship" for more than 11 million undocumented immigrants already living in the US.

The severity of the crisis, however, has apparently pushed the Biden administration to mull bringing back some of Trump’s migration policies. In April, media reports claimed that the US president was considering resuming the construction of the border wall to "plug gaps" in the current network of barriers to contain migration flows.