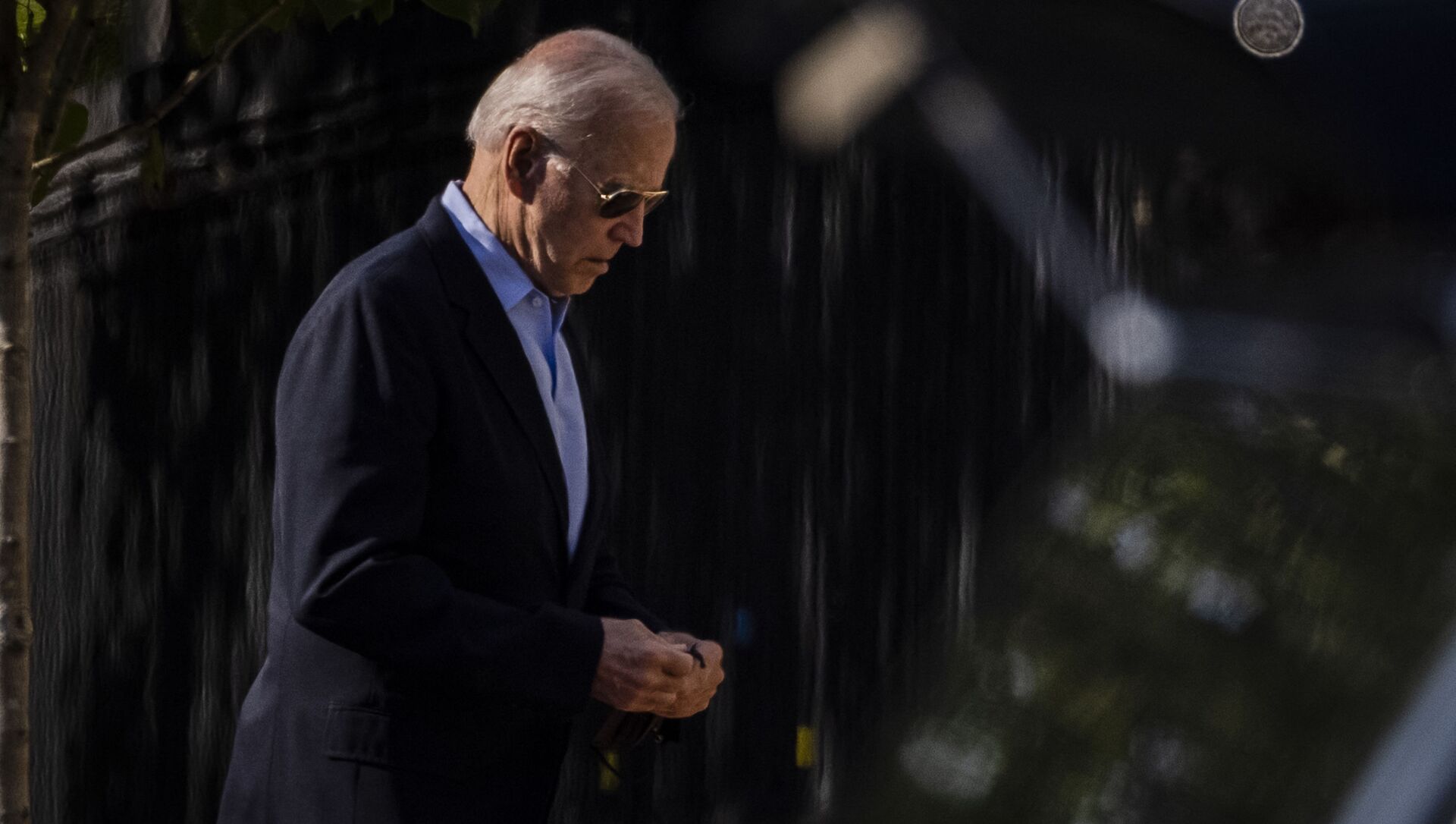 The June trip to Europe will mark the first foreign travel of Joe Biden's presidency, as he is scheduled to meet with the leaders of NATO, the EU and G7, ending the visit with a summit with the Russian president, Vladimir Putin, in Geneva on 16 June.

In a Saturday op-ed for The Washington Post, US President Joe Biden reflected on his upcoming European trip and meeting with Vladimir Putin, elaborating on his planned agenda and particularly noting that he believes the United States "must lead the world from a position of strength".

"In this moment of global uncertainty, as the world still grapples with a once-in-a-century pandemic, this trip is about realizing America’s renewed commitment to our allies and partners, and demonstrating the capacity of democracies to both meet the challenges and deter the threats of this new age", Biden writes. "Whether it is ending the covid-19 pandemic everywhere, meeting the demands of an accelerating climate crisis, or confronting the harmful activities of the governments of China and Russia, the United States must lead the world from a position of strength."

He also said that Washington and its allies are "standing united to address Russia’s challenges to European security" and pledging "meaningful consequences for behaviors that violate US sovereignty, including interference in our democratic elections."

"So, when I meet with Vladimir Putin in Geneva, it will be after high-level discussions with friends, partners and allies who see the world through the same lens as the United States, and with whom we have renewed our connections and shared purpose", Biden writes in his op-ed.

Biden's confidence in "shared purpose" with his "friends" comes amid recent reports of how Danish intelligence service helped the US spy on its European allies, as the leaders of France and Germany demand explanations from Washington. The French president, Emmanuel Macron outlined that espionage is "not acceptable between allies, even less between allies and European partners."

The US also appears to have a different stance with its European allies when it comes to the Nord Stream 2 - a pipeline to deliver billions of gallon of Russian natural gas to Europe. Supported by many European nations, the pipeline is subject to sanctions from the US, with the White House claiming that the project is undermining European energy security. Moscow has repeatedly argued that the project is purely economic, saying that Washington's opposition to Nord Stream 2 is an example of unfair competition.

According to Biden, the United States "does not seek conflict", as the president reiterated his desire to have a "stable and predictable" relationship in which Washington and Moscow can cooperate in some areas, like "strategic stability and arms control."

In his op-ed, Biden also focused on how, in his belief, it is necessary to ensure that "market democracies, not China or anyone else" will "write the 21st-century rules around trade and technology". 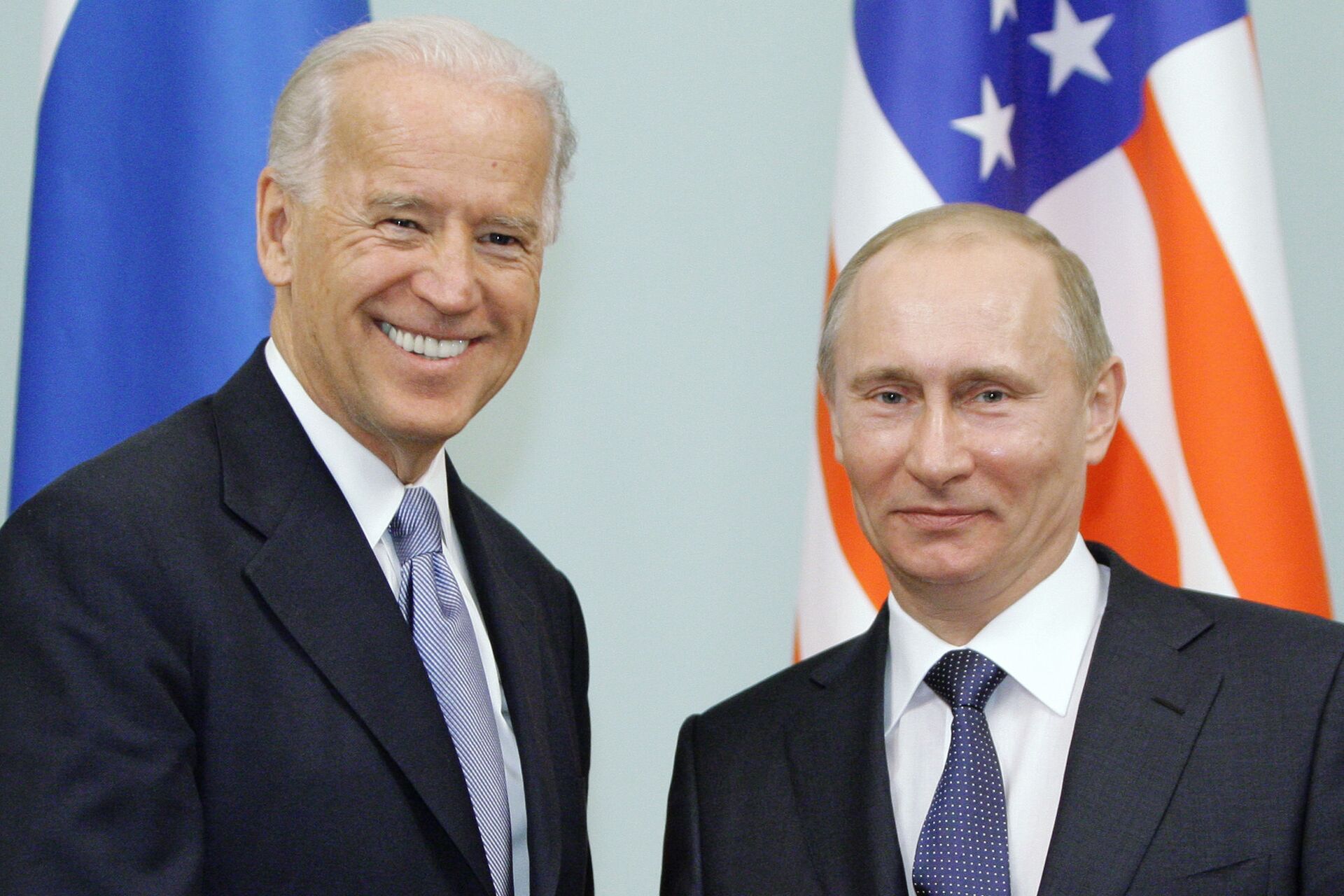 The first face-to-face meeting between the two presidents is scheduled to take place in the Swiss city of Geneva on 16 June.

Prior to the summit, the US president agreed with a journalist's description of Putin as a "killer", in a move that raised some eyebrows and prompted Russia to temporarily recall its ambassador from the US. Putin responded to his American counterpart with wishes of good health.

Later in April, the two leaders held a telephone conversation in the wake of the virtual Leaders Summit on Climate, to which Biden had invited the Russian president. At the time, Putin and Biden expressed their desire to continue the dialogue and mull the possibility of a personal meeting.

While the importance of the Geneva summit has been highlighted, the Kremlin warned against "inflated expectations" from the meeting, as there is yet "no reason to expect any progress in reaching [an] understanding". The fact that the summit will take place, however, is seen by Moscow as "a very positive sign despite the deplorable state of bilateral relations".

“We will discuss matters concerning bilateral relations. I assume we need to try finding ways of mending the relations, which are at the lowest level as for now. We are all well aware of this fact”, Putin said earlier in the week when asked about the forthcoming meeting with the American president.

Since after Biden took office in January, tensions between Russia and the United States have progressed, with many, including the deputy head of the Russian Security Council, Dmitry Medvedev, estimating that bilateral relations have never been worse and are currently on the level of a Cold War.

Relations were particularly sabotaged with the wielding of sanctions in connection with Nord Stream 2 and allegations of Russian "aggression" and "interference" in the US election, along with the expulsion of Russian diplomats from the US. Moscow responded with mirroring the measures and declaring American diplomats 'personae non grata'.