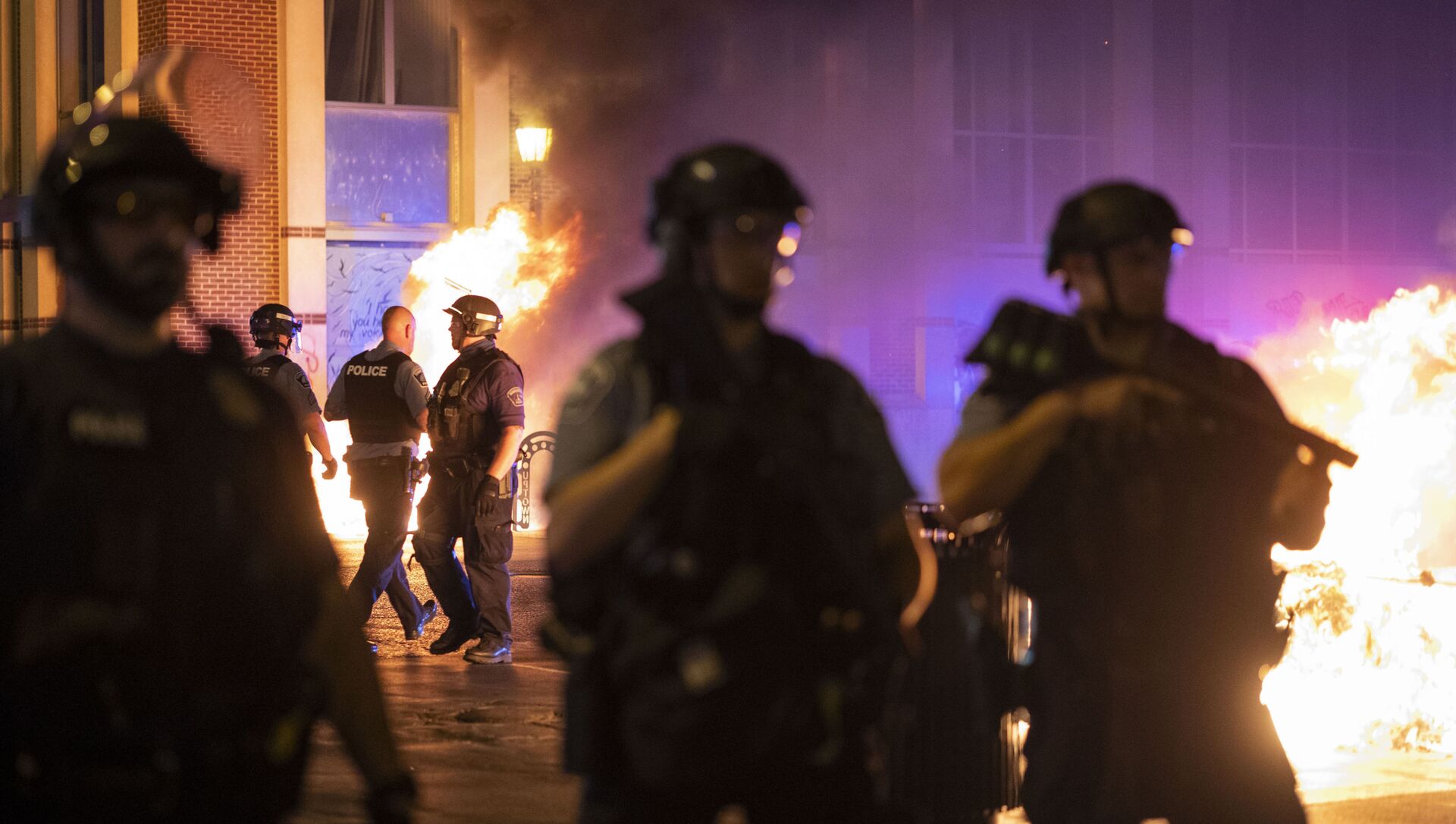 Arty Katkov
All materialsWrite to the author
On Thursday, tensions in the city started rising as crews removed concrete barriers that were blocking traffic at a Minneapolis intersection where a memorial to George Floyd, who was killed in police custody last year, was located.

Protesters took to the streets of Minneapolis for a second night to protest the lethal shooting of an armed Black man by law enforcement.

A man wanted on a weapons violation was fatally shot by police on Thursday after he “produced a handgun”, authorities stated. State investigators also said that a handgun and spent cartridge found inside the car suggest he fired it. The man was later identified by his family and friends as Winston Boogie Smith Jr, 32.

Night Vigil at Site of George Floyd's Death in Minneapolis Marks One Year Since His Passing
Smith was wanted for allegedly being a felon in possession of a firearm in 2019, online court records suggest. This stems from a 2017 assault and robbery of Smith’s ex-girlfriend, to which he pleaded guilty. He was barred from possessing a firearm due to his felony conviction and was charged in 2019 with two counts of illegal firearm possession.

The Thursday shooting prompted unrest, with some people vandalising buildings and looting businesses in the area. The police said nine people had been arrested on suspicion of rioting, assault, arson, and damage to property.

People took to the streets again on Friday, with rallies and vigils during daytime morphing into riots as protesters were seen blocking traffic in the city's Uptown area, setting dumpsters on fire, and clashing with police through the night.

BLM rioting & arson broke out for a second night in Minneapolis following the law enforcement shooting death of armed felon Winston B. Smith, who is black. Smith recently called for deadly warfare against police. pic.twitter.com/o2q91ihgqS

The BLM protest in Minneapolis devolved into looting overnight. A large group smashed their way into the @TMobile store. Exceptional video by @RebsBrannon: pic.twitter.com/BCNCcrYCmO

Violent protesting and looting by BLM rioters broke out overnight in Minneapolis after the purported law enforcement-involved shooting of an armed criminal who happened to be black. Video by @RebsBrannon: pic.twitter.com/vglgpelmD5

​Tensions between the police and some members of the community are still running high after a year ago, African-American man George Floyd was killed by then-Minneapolis police officer Derek Chauvin, who pressed his knee to the 46-year-old's neck for over nine minutes.

Floyd's death triggered mass protests across the United States, where demonstrators denounced police brutality and demanded justice for Black Americans who had suffered at the hands of US law enforcement officers.