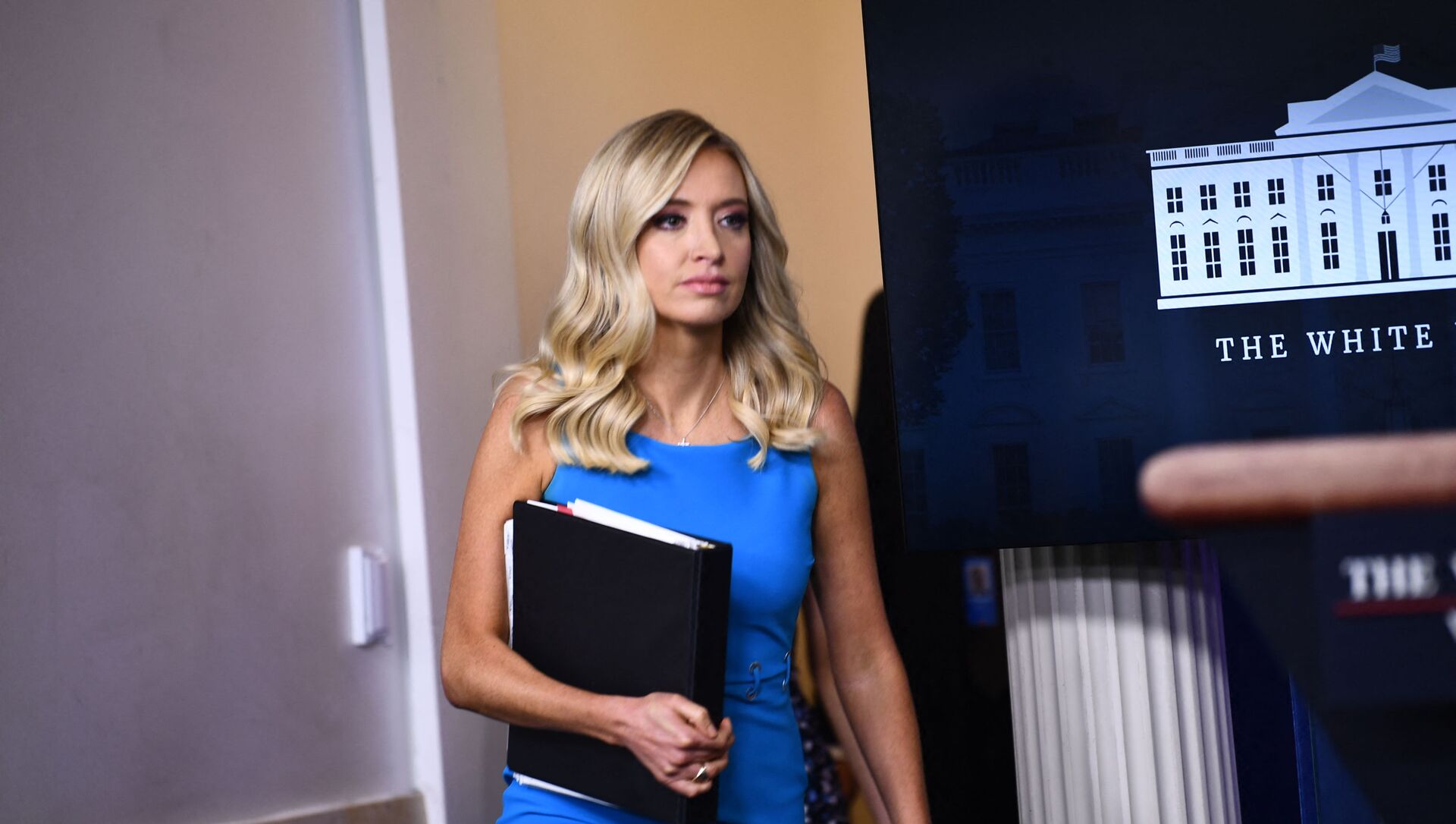 Zara Muradyan
All materials
Donald Trump previously vented his anger at fashion magazines for not offering his wife Melania a single cover shoot during his time in office. By contrast, Kamala Harris was picked for the cover of Vogue magazine less than a month after being sworn in as vice president of the United States.

Former White House Spokeswoman Kayleigh McEnany has called out the media for bias amid reports that her successor, Jen Psaki, was having her picture taken by celebrity photographer Annie Leibovitz for a magazine profile.

McEnany pointed out that neither she nor other women in the Trump administration received such offers.

"Instead of the glowing profiles, there were hit pieces repeatedly, time and time again. It's just so sad that you have a fawning press corps like this, a fawning media sycophantically covering members of the Biden administration. They asked Jen Psaki yesterday about Joe Biden's cat. I mean, it's incredible the kinds of questions that they ask. [...] We need investigative journalism. We don't need fawning coverage. It doesn't do the American people any justice", McEnany said on Fox News' "Outnumbered".

The scathing criticism of the media coverage of the Biden administration came shortly after a White House reporter tweeted about Annie Leibovitz being at the White House to photograph Jen Psaki.

During her stint in the Trump administration, McEnany became a mom and successfully managed to balance her new role with the responsibilities of being White House press secretary. According to McEnany, when a number of women in the Trump administration were pregnant, The New York Times came to interview them, but the story never came out, "because it just simply wasn't negative enough".

Last year, New York Times reporter Maggie Haberman took to Twitter to remark how "refreshing" it was to see women like Jen O’Malley Dillon, the manager of Biden's 2020 presidential campaign, having children and an intense job at the same time.

McEnany hit back at the reporter with a photo of her pushing a stroller in the White House.

"Sarah [Sanders] was a working mom. Stephanie Grisham was. I was, and Morgan Ortagus was pregnant during her final year at the State Department but Maggie Haberman seemed to have forgotten that", McEnany said.

Former State Department Spokeswoman Morgan Ortagus shared McEnany's views, saying she has "come to accept that we're not going to get the same sort of accolades".

"Kayleigh, your daughter, one day, whether you were in Vogue or not, is going to be able to see these pictures of you working at the White House, taking her around in her carriage. And I think that is worth more than 20 profiles", Ortagus added.

McEnany replied by saying she had "one goal: Elevate the forgotten men and women. And that is a legacy that I'm very proud of. No Vogue profile necessary here".

In the final days of his administration, Donald Trump, who wasn't banned from Twitter at the time, blasted fashion magazines for failing to feature FLOTUS Melania on their covers during his four-year tenure.

In a retweet of a Breibart News story that similarly lamented the absence of "the most elegant First Lady" from the covers of beauty magazines, Trump heaped praise on his wife as "the greatest of all time", while branding the fashion media as "fake news".

In October 2020, Melania's former aide and friend Stephanie Winston Wolkoff shared a secretly recorded phone conversation between her and ex-FLOTUS with NBC News. The audio suggested that Mrs Trump was surprised by Vogue magazine's decision to feature American pop star Beyoncé on the cover of its September 2018 issue. The September issue is traditionally Vogue's biggest and most important issue of the year. 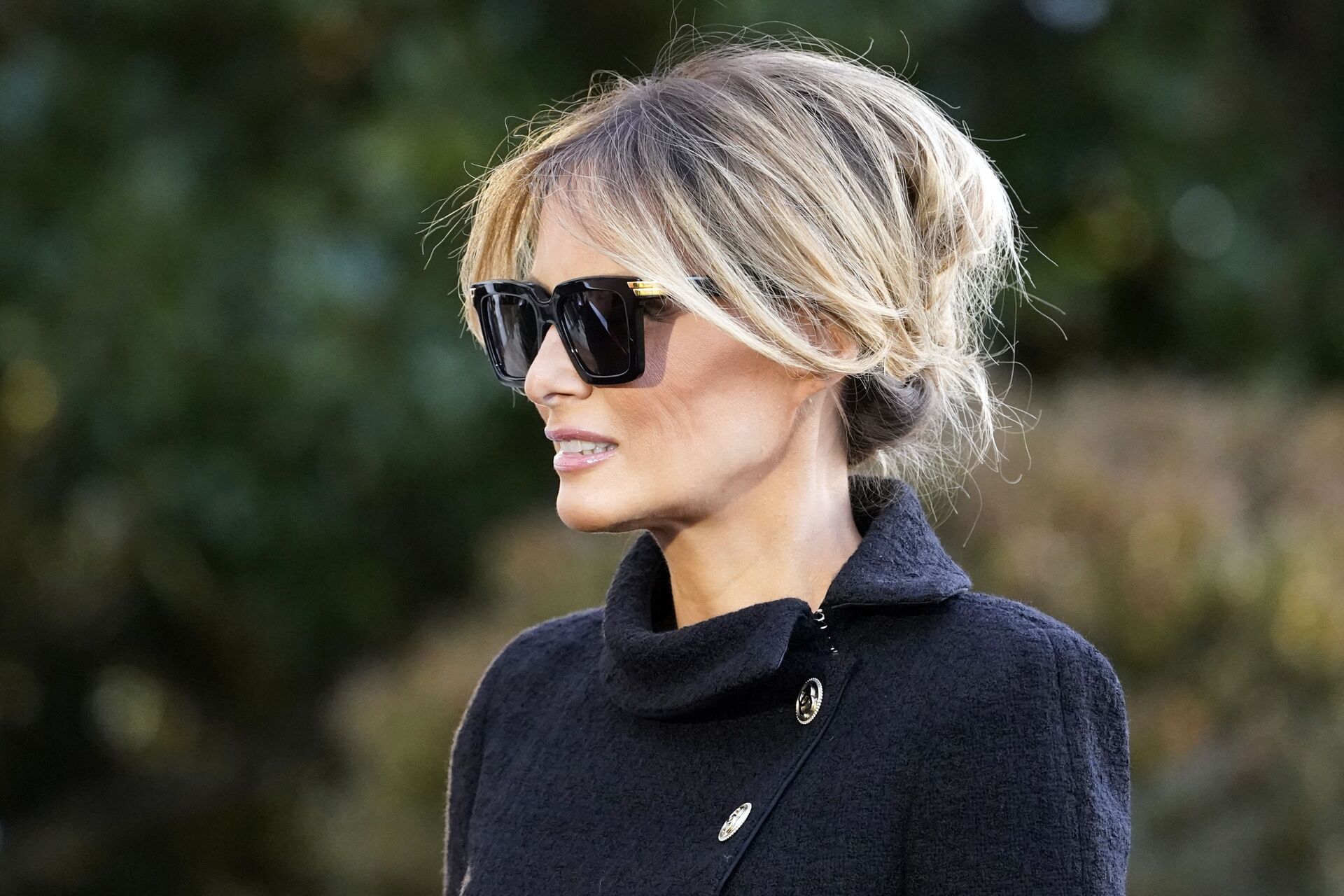 First Lady Melania Trump listens as President Donald Trump speaks with reporters as he walks to board Marine One on the South Lawn of the White House, Wednesday, Jan. 20, 2021, in Washington
© AP Photo / Alex Brandon

While Melania has not appeared in Vogue since her husband took office in January 2017, the current vice president of the United States, Kamala Harris was selected for the cover of Vogue magazine in February 2021 for making history as the first woman and first person of colour to be elected vice president.

Trump supporters have long noticed and lamented the absence of the former FLOTUS from US newsstands, and often accused the American press of being biased by granting Michelle Obama, the wife of ex-President Barack Obama, 12 magazine covers during her two terms as first lady, including three Vogue covers.