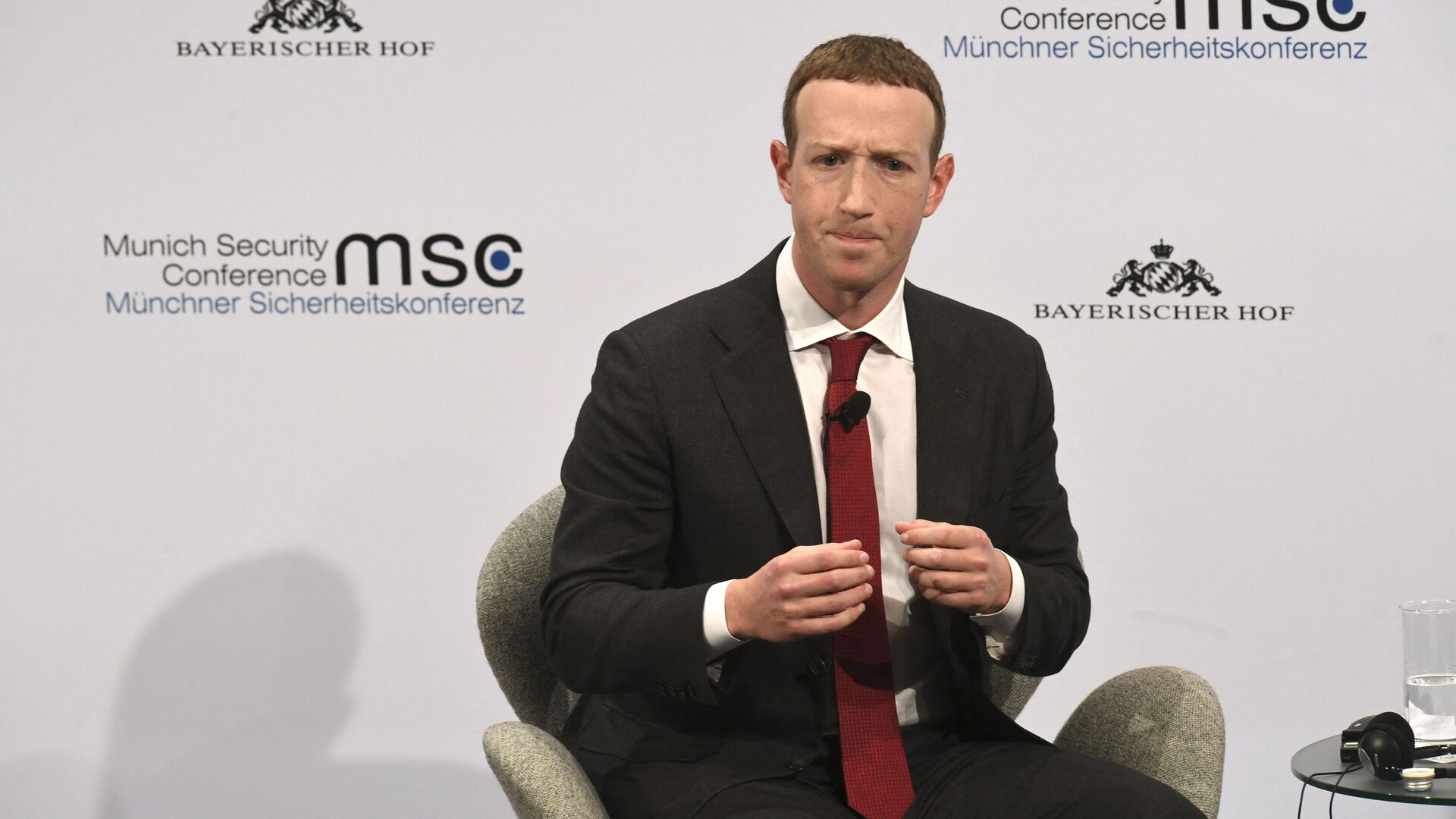 Max Gorbachev
All materialsWrite to the author
The news comes almost two weeks after two insiders revealed Facebook has allegedly been testing an algorithm on its users that demoted, buried, and hid comments, describing "potentially or actually true" events or facts.

Facebook CEO Mark Zuckerberg has criticised company employees who expose the social media giant's "alleged" censorship programme. Ironically, he made the remarks during a video chat, later leaked by a Facebook insider. The video was subsequently posted online by a non-profit investigative media outlet, Project Veritas.

During the conversation with high-ranking Facebook officials, Zuckerberg stressed that the tech giant should be good "at rooting out people, who are leaking stuff", lamenting that the company had suffered from numerous whistleblowers last year.

Zuckerberg's view on whistleblowers was echoed by Heidi Swartz, Deputy General Counsel of Employment Law & Investigations, who emphasised that all leaks – good or bad – are damaging to the company.

"They're not the right way to bring about change, especially in a company like this where people are free to share their opinion. You may think you're leaking because you want to hold leadership accountable or that you're on the right side of history, but that is very subjective and you may not have all the information to make that call", Swartz said.

Zuck really doesn’t get it does he?

He can fire Morgan Kahmann, but more heroes will continue to step up.

If you’re on the inside of a corrupt organization send me a DM or email us at veritastips@protonmail.com

'That is Highly Immoral'

The development comes two weeks after two Facebook employees shared internal documents with the investigative media outlet Project Veritas, showing that the company has been testing an algorithm on 1.5 percent of its Facebook and Instagram users worldwide.
According to the documents shared with Project Veritas, Facebook essentially censored comments of users, who spoke of concerns about coronavirus vaccines. The social media giant wants to "drastically reduce user exposure" to vaccine hesitancy comments.

Health experts and entrepreneurs have repeatedly drawn attention to the misinformation surrounding the coronavirus pandemic and vaccines, which they say may hamper the global fight against the infectious disease that according to Johns Hopkins University has already left 3.7 million dead.

Yet, per the documents shared by the insiders, in its crusade against vaccine hesitancy Facebook was ready to censor comments that described "potentially or actually true events, or facts that can raise safety concerns".

"We proactively announced this policy on our company blog and also updated our help centre with this information", said a spokesperson.

One of the insiders, Morgan Kahmann, says otherwise. Speaking recently on the Fox show "Tucker Carlson Tonight" he said he believes Facebook's actions are "highly immoral".

"The users at Facebook are not aware that this is going on and if you're using Facebook or a social platform and they're censoring the content of your comments unbeknownst to you", he said.

Kahmann, a whistleblower who leaked internal documents exposing "vaccine hesitancy", revealed that he was fired by Facebook for "violating the company's policy". He said he was escorted to his car by managers, who collected his equipment.