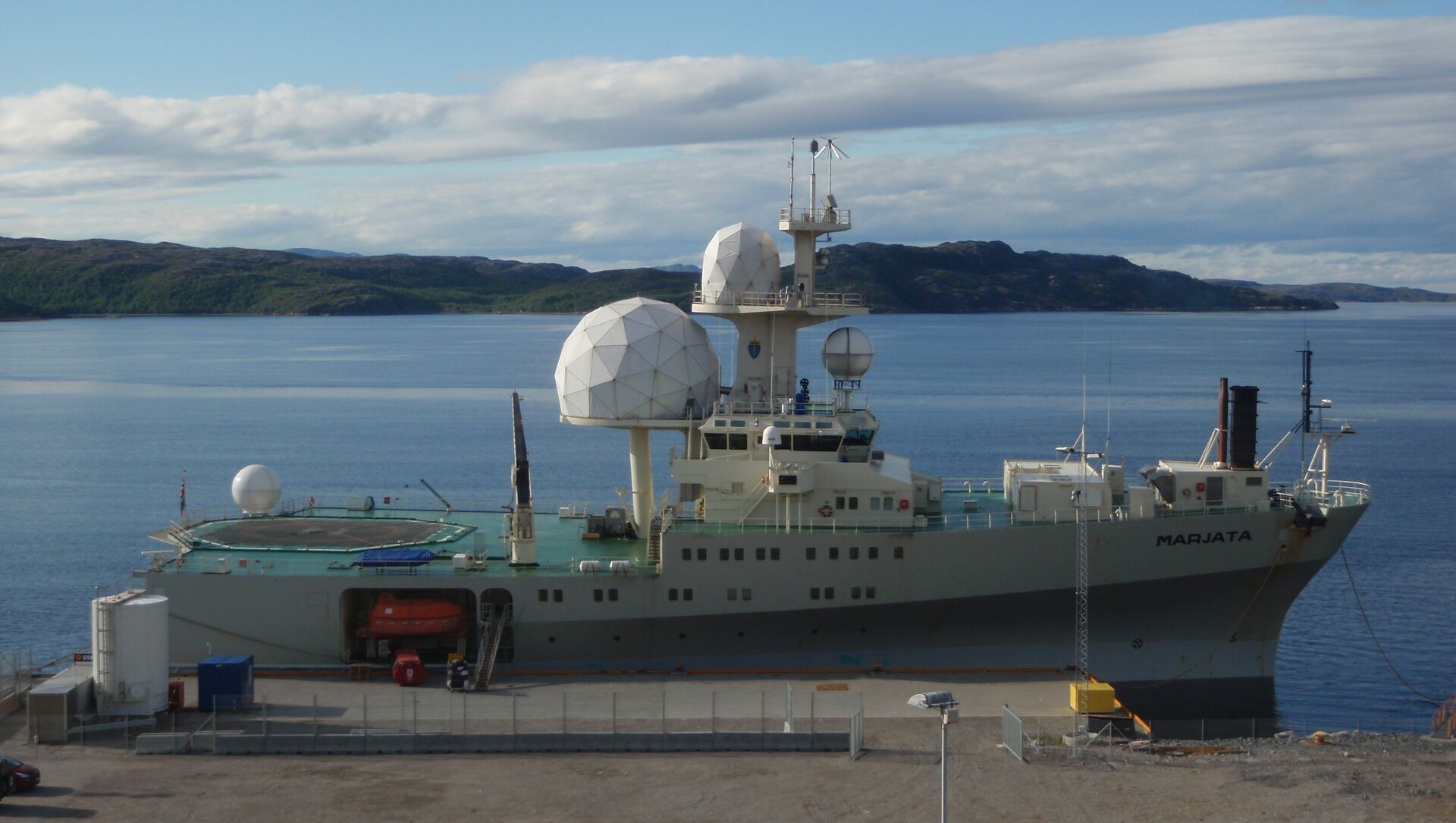 Igor Kuznetsov
All materials
Experts have described the North Atlantic as NATO's umbilical cord linking North America with Europe, and the open appearance of allied intelligence there is seen as a signal to both fellow NATO nations and Russia.

Norwegian waters and airspace are increasingly being visited by Western intelligence, national broadcaster NRK has reported, describing it as a new trend.

For instance, the German reconnaissance vessel Alster left the Hammerfest harbour earlier this week and has since been fully visible on a public sea radar. Earlier this spring, a British intelligence plane flew in international airspace up to the Russian border. Two months later, a US nuclear submarine arrived at the Arctic port of Tromsø.

Captain Johannes Dumrese, spokesman for the German Navy, explained that NATO naval forces, including German vessels, regularly operate on the North Flank, which stretches from the east coast of North America to the Norwegian coast, the North Sea, and the Baltic Sea.

He called the flank "the umbilical cord of the North American continent", explaining that in a war situation the reinforcements to protect Europe would come from there. Therefore, he emphasised, Germany must know what is happening on the North Flank and is following what others do in the area.

Andreas Østhagen, a senior researcher at the Fridtjof Nansen Institute and the High North Centre, argued that this activity is part of a greater emphasis on the Arctic.

"The German Navy wants to show Russia and our allies that they are present in the north, that they have capacity in the north and that they take their share of the burden by monitoring Russian activity", Østhagen told NRK. According to him, the fact that the ship is sailing in the open, as opposed to being "invisible" or at least partly cloaked, is a "signal" to both Russia and NATO allies.

According to Østhagen, Norway has been requesting intelligence assistance from its allies for several decades, but especially in recent years over what it sees as increased Russian activity.

"The extent of Western intelligence activity in the High North is difficult to assess. But the fact that they are so actively showing their presence is new in the last 15 years", Østhagen mused, describing the High North as a region of ever-growing importance and Norway's single most important strategic area of responsibility.

Relations between Norway and Russia, traditionally good, have soured in recent years, not least due to reciprocal military buildups, military jet interception, spying accusations, and an overall harsher rhetoric, with both parties trading verbal blows.