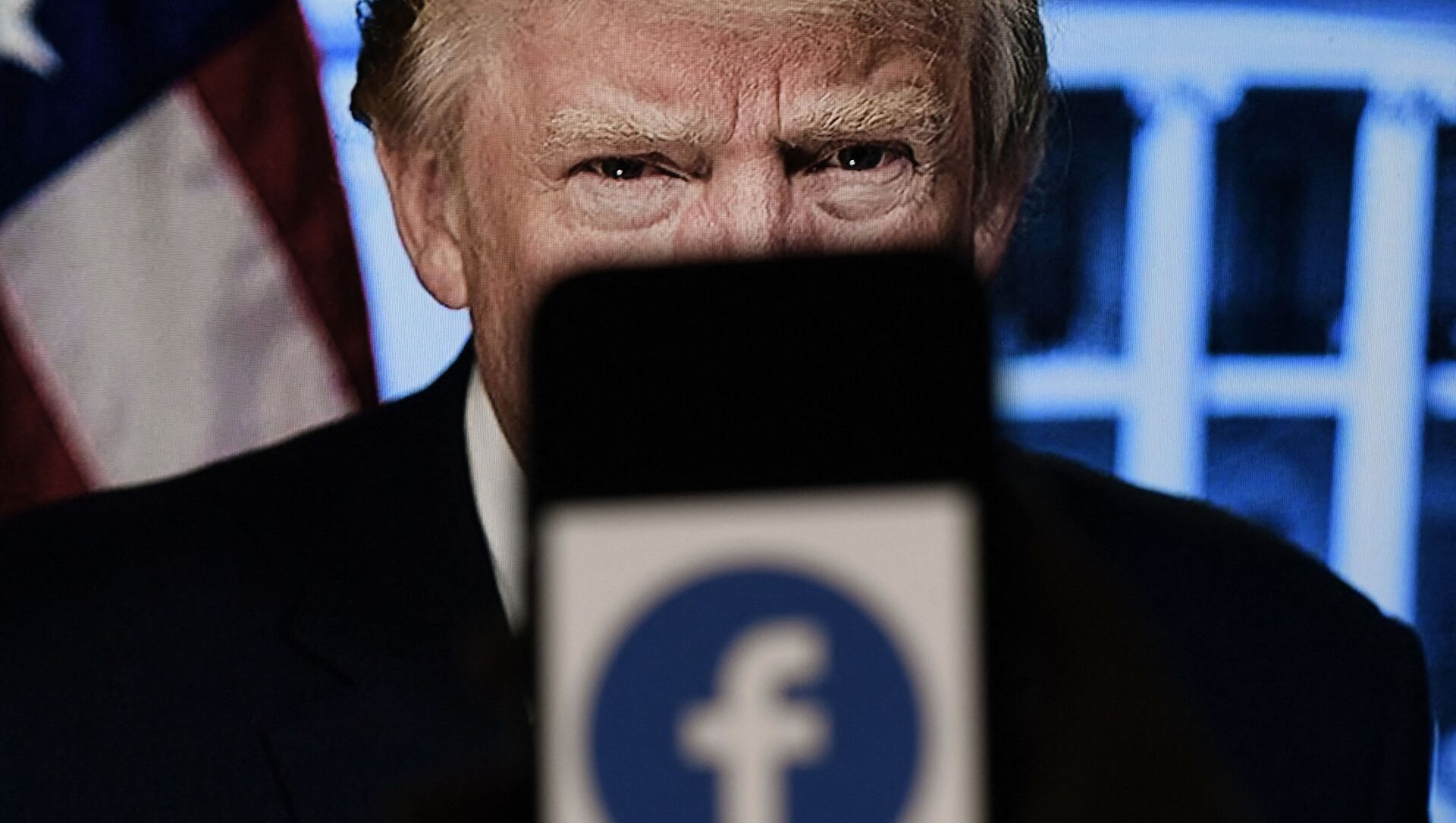 Henry Batyaev
All materialsWrite to the author
In May, Facebook's Oversight Board upheld the platform's decision to suspend the former president's account in the wake of the 6 January Capitol riot. The board, however, found Facebook's decision to ban him indefinitely to be an "inadequate response" and gave the social media giant six months to re-examine the penalty.

Facebook has barred Donald Trump from the platform for two years, starting from the initial suspension date, after re-evaluating his penalty, as per a request from its Oversight Board.

According to the platform's new enforcement protocols, the two-year suspension is the highest penalty that it can impose under the revised regulations.

"Given the gravity of the circumstances that led to Mr. Trump’s suspension, we believe his actions constituted a severe violation of our rules which merit the highest penalty available under the new enforcement protocols", the social media giant wrote in a press release.

However, if former President Trump is found violating Facebook's rules related to incitement of violence after the suspension has been lifted, he may face permanent removal from the social media site.

Additionally, the company could extend the restrictions for a specified period of time, if "a serious risk to public safety" still persists. Under the new rules, an account can also be suspended for a month, six months, or a year, depending on the severity of a violation.

"In establishing the two year sanction for severe violations, we considered the need for it to be long enough to allow a safe period of time after the acts of incitement, to be significant enough to be a deterrent to Mr. Trump and others from committing such severe violations in future, and to be proportionate to the gravity of the violation itself", Facebook said.

Just minutes after Facebook announced its decision, Trump issued a statement saying that the ruling was an "insult" to those, who voted for him in the 2020 presidential election.

Donald Trump was indefinitely barred from Facebook and Instagram in the aftermath of the US Capitol riots on 6 January, after being accused of "incitement of violence".

The platform later requested its independent Oversight Board to evaluate the decision.

The board issued its verdict in May, saying that it upheld the ban. However, the supervising body demanded that Facebook work out a proportionate response within six months, since "an indefinite suspension" as a penalty was not defined in the company's rules.