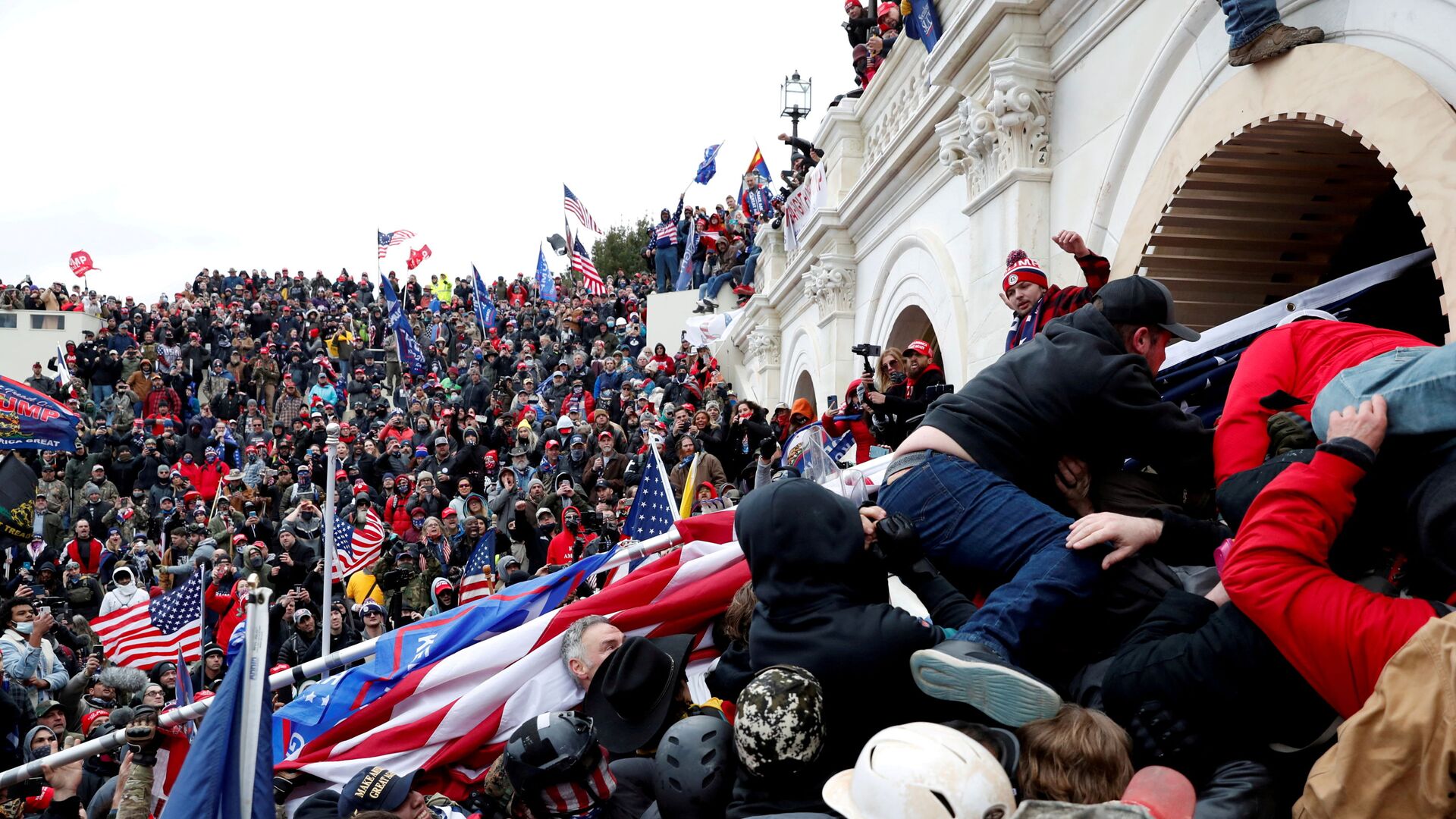 Oleg Burunov
All materialsWrite to the author
On 6 January, hundreds of then-President Donald Trump's supporters besieged the Capitol in a bid to prevent Congress from certifying the 3 November 2020 election results, riots that claimed the lives of at least five people.

Former Vice President Mike Pence has described the 6 January riots as a "dark" and "tragic" day in US history, calling the nation to move on from those events.

Pence made the remarks on Thursday as he headlined the Hillsborough County Republican Committee's annual Lincoln-Reagan Dinner in Manchester, New Hampshire. 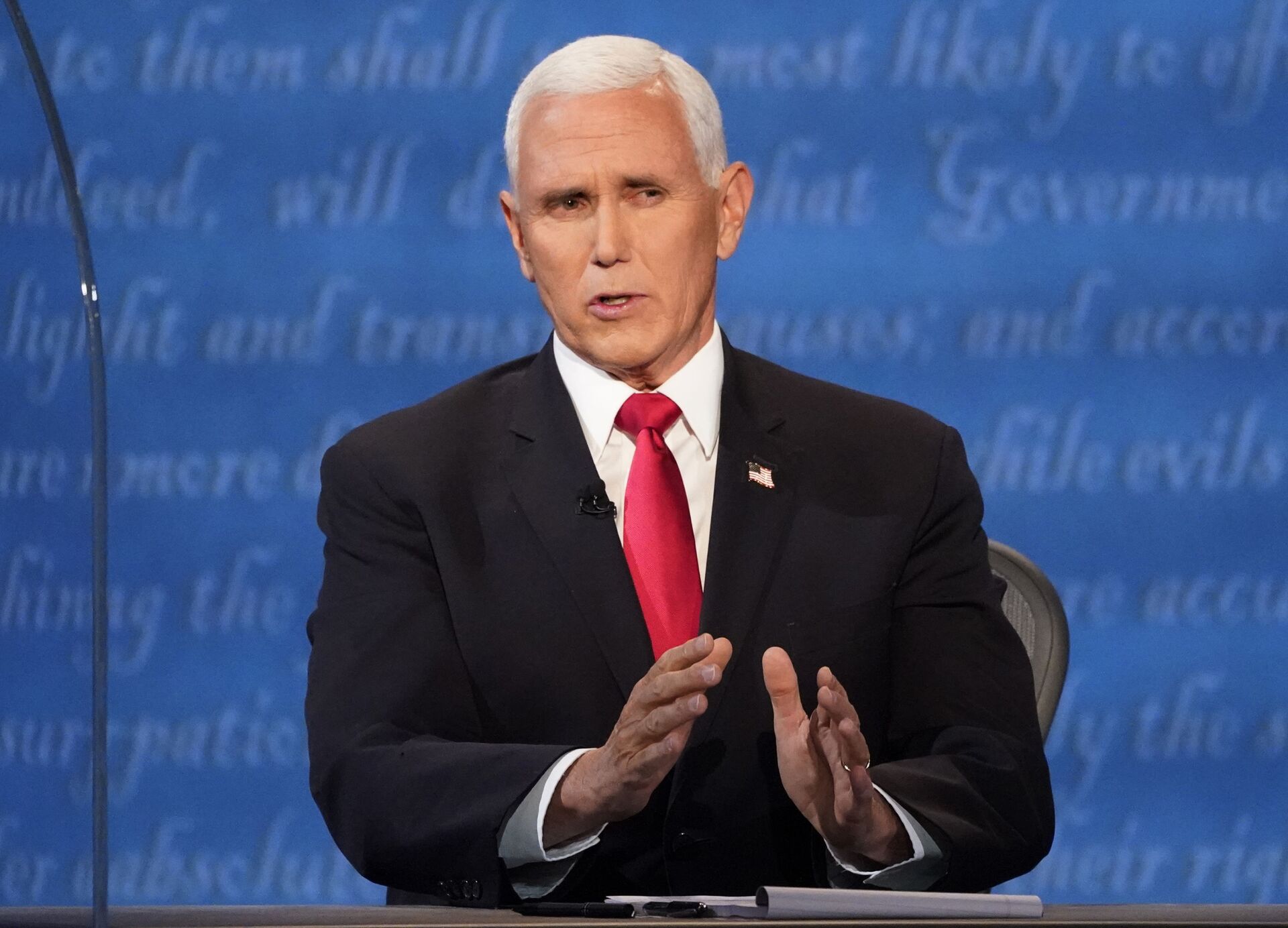 During the Manchester speech, Pence praised the "swift action" by the Capitol Police and federal law enforcement who helped quell the violence and secure the Capitol building.

"You know, President Trump and I have spoken many times since we left office. And I don't know if we'll ever see eye to eye on that day. But I will always be proud of what we accomplished for the American people over the last four years", the former VP said.

Pence pledged that he would not "allow Democrats or their allies in the media to use one tragic day to discredit the aspirations of millions of Americans" and distract Republicans' attention "from a new administration intent on dividing our country to advance their radical agenda".

"My fellow Republicans, for our country, for our future, for our children and our grandchildren, we must move forward, united", the former vice president underscored.

He spoke as White House Press Secretary Jen Psaki said in a statement that POTUS Joe Biden has no plans to form a presidential commission to investigate the 6 January Capitol riots after Senate Republicans blocked a bill that called for creating an independent commission to deal with the matter.

Psaki pointed out that Biden "doesn't plan to appoint his own commission" but believes the attack deserves "a full, and independent, investigation" to uncover facts about the attack and "ensure it can never happen again".

Democrats blamed then-President Donald Trump's speech at a rally on 6 January for prompting the attack on Congress later that day, which left at least five people dead after scores of Trump supporters besieged the Capitol in a bid to prevent the US Congress from certifying Democrat Joe Biden's victory in the 3 November 2020 US presidential election. 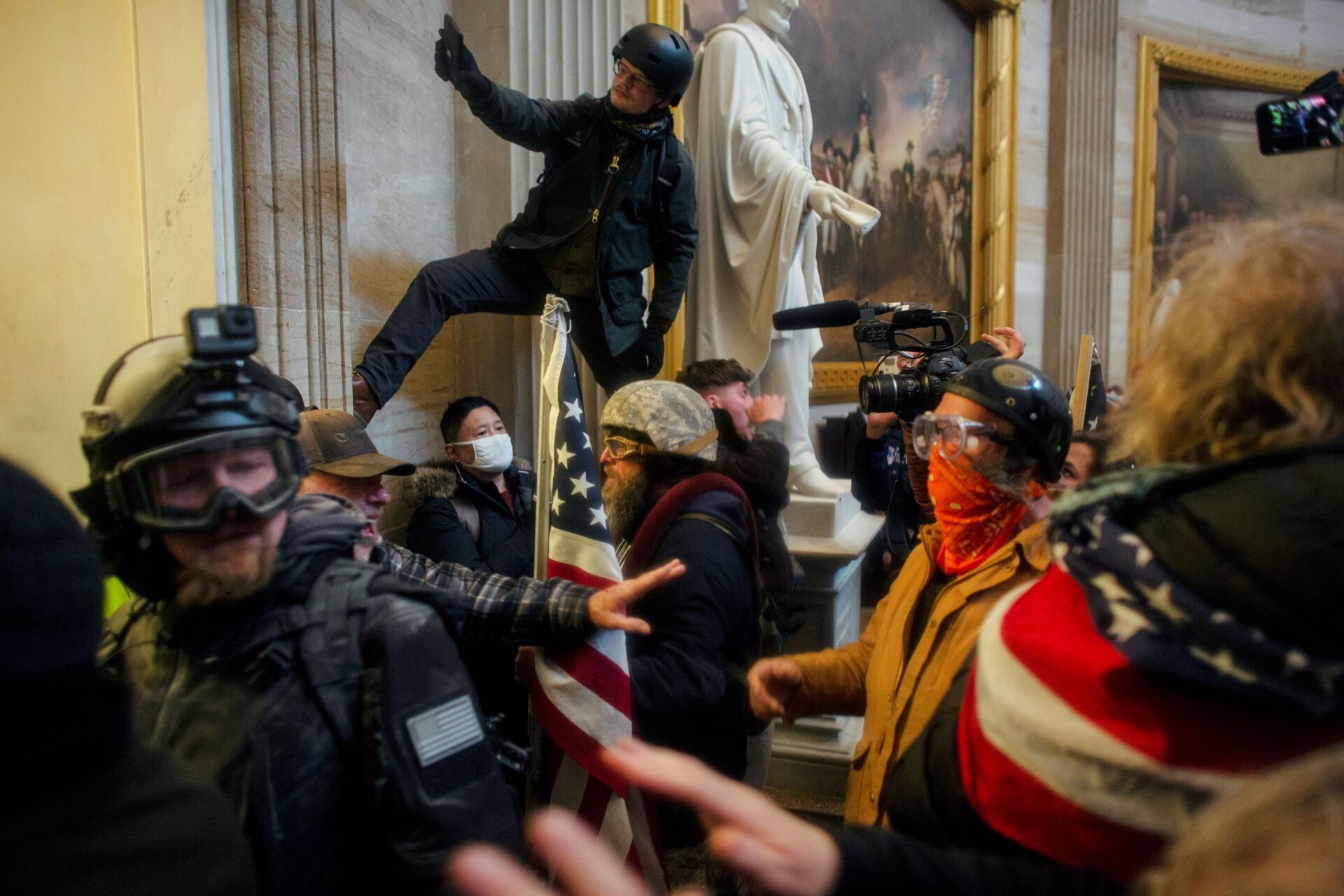 Trump strongly denied the notion that he riled up the mob attacking the Capitol, later condemning the violence. He was subsequently impeached by the House for a second time on charges of inciting insurrection but managed to avoid conviction in the Senate because more than a simple majority of votes was needed.

Capitol Riots: Why are Trump & GOP Leadership Vehemently Opposing 6 January Commission?
As far as Pence is concerned, despite growing pressure from Trump, the then-vice president in January made it clear that he had no intention of intervening in the certification process, explaining that only lawmakers can decide to either accept or reject the Electoral College vote results.

With the pair at odds, reports subsequently revealed Trump had not reached out to Pence or the vice president's family as they were placed inside a secure bunker at the Capitol during the attack. Additionally, it was reported that the two did not speak in the days immediately following the deadly riot.