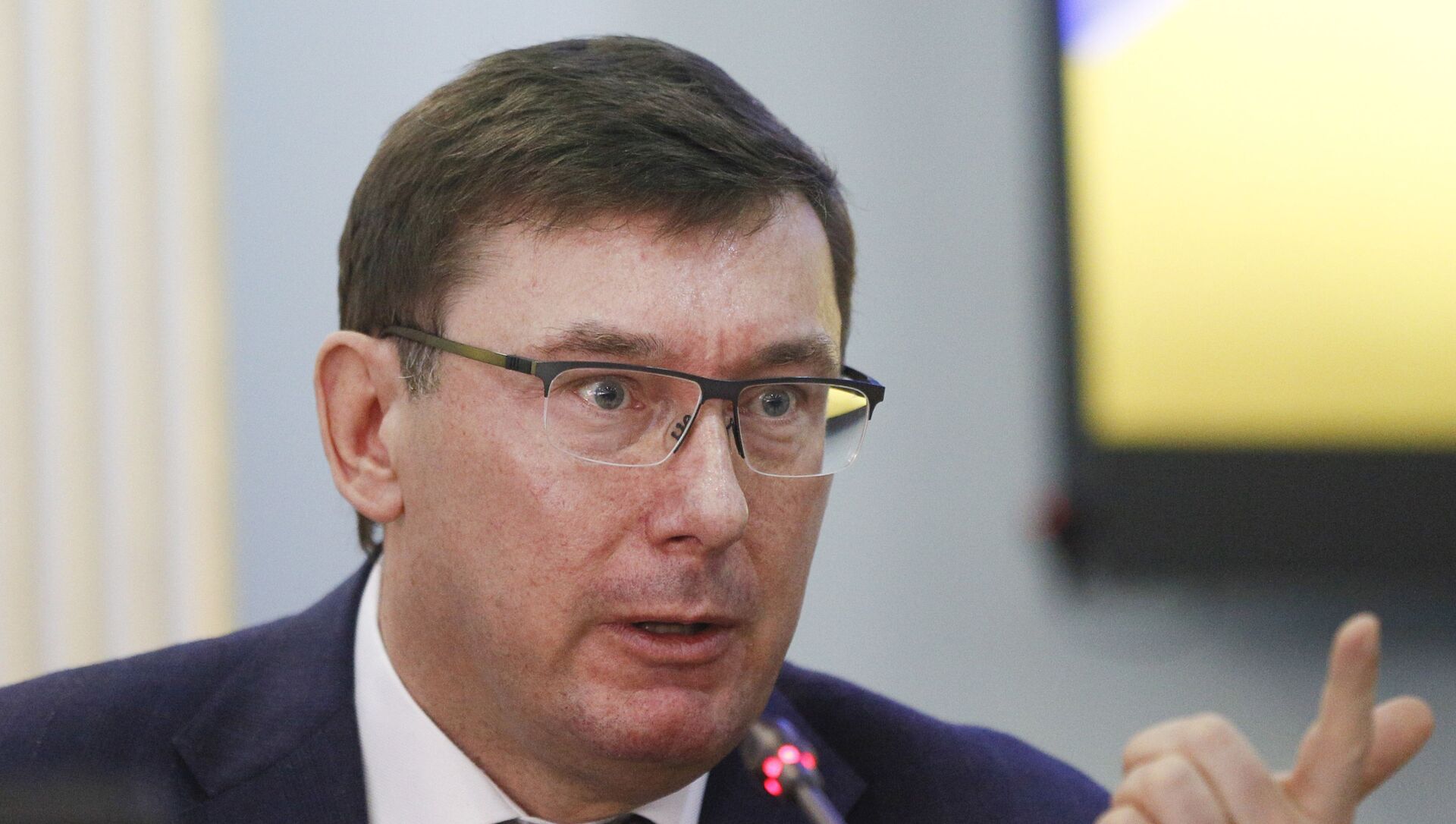 The media website Politico reported this week of a US Justice Department probe into allegations of illegal lobbying by Republicans that apparently backfired on the White House, leading back to a firm which worked for Ukrainian gas company Burisma Holdings during US President Joe Biden's son, Hunter's, tenure there.

Ukraine's former prosecutor-general was reportedly offered "high-level" access to Hillary Clinton's 2016 election campaign by a PR firm that worked for an energy company that had Hunter Biden on its board.

The September 4, 2016, email titled: "Lutsenko now likely not to go to DC with Blue Star, other Ukr issue comments" was addressed to the then-assistant secretary for fossil energy, Christopher Smith; US ambassador to Ukraine, Marie Yovanovitch, and her chief political advisor, Alan Purcell.

Kent wrote that he met Lutsenko "one on one after I’d SMSed him regarding stories that he was using a third party lobbyist to pull together a planned trip to DC turned into a chat over Thai food."

The Ukrainian prosecutor "confirmed he has been pitched by Blue Star, not sought them out," Kent stressed, adding: "He said he honestly didn’t know how Blue Star was to get paid — he didn’t have funds — and that some BPP MP that we probably didn’t know ‘and that’s good’ (Truhubenko??) had introduced them to him."

The BPP was then-Ukrainian president Petro Poroshenko's party — which Lutsenko led in 2014 — while "Truhubenko" may refer to BPP parliamentarian Serhii Tryhubenko.

Kent said Blue Star CEO Karen Tramantano’s "pitch" was to promise she could "gain him access to high levels of the Clinton campaign... and that was appealing — to meet the possible next Presidential Chief of Staff".

He noted in the email that the lobbyist had previously been Clinton campaign chairman John Podesta’s number two when he served as deputy White House chief of staff in the last year of Bill Clinton’s two-term presidency.

The State Department official said he had mentioned to Lutsenko "the various money flows from Ukraine to lobbyists that had been prominently in the news this past month... and the media attention being paid at present to the Kyiv/ Washington lobbyist gravy train." The prosecutor "got the drift," Kent wrote, that it was a case of "Not ideal timing, little receptive audience, and wrong facilitator."

Kent and Yovanovitch both testified before Congress in support of the Democrats' first Trump impeachment, after the latter asked Poroshenko's successor, Volodymyr Zelensky, to investigate allegations that Joe Biden had pressured Kiev to dismiss Lutsenko's predecessor, Viktor Shokin, after a corruption probe was launched into Burisma Holdings, the Ukrainian natural gas firm that appointed the now-president's son, Hunter Biden, to its board after the Obama government supported a 2014 coup in the former Soviet republic.

Trump sacked Yovanovitch in 2018, allegedly for obstructing the illegal attempts to investigate the Bidens.

Consulting Firm Linked to Hunter Biden Reportedly Under DoJ Investigation
Media website Politico reported on Thursday how an ongoing probe by US President Joe Biden's administration into alleged illegal lobbying by Republicans had apparently backfired, leading to Blue Star, which had worked for Burisma during Hunter Biden's time with the firm.

Lutsenko was appointed the country's chief prosecutor in May 2016 after Biden, then vice-president to Barack Obama, pressured the Kiev government to sack Shokin just as he was investigating corruption allegations against Burisma and its owner, Mykola Zlochevsky.

Biden boasted that while on a visit to Kiev in December 2015, he threatened to withhold $1 billion in loan guarantees unless Shokin was removed, and approvingly described his replacement, Lutsenko, as "someone who was solid".

Shokin testified in Austria in 2019 that he was "forced out because I was leading a wide-ranging corruption probe into Burisma Holdings, a natural gas firm active in Ukraine and Joe Biden’s son, Hunter Biden, was a member of the Board of Directors."

The alleged contents of Hunter Biden's purported 'Laptop from Hell' revealed by Trump attorney Rudy Giuliani in October 2020 led to baseless allegations that the long-term narcotics abuser had been peddling access to his father to get cash to pay for his own addiction.