As Pentagon Report to Congress Finds ‘No Evidence of UFOs’ Why Have We Been Obsessed Since 1947? 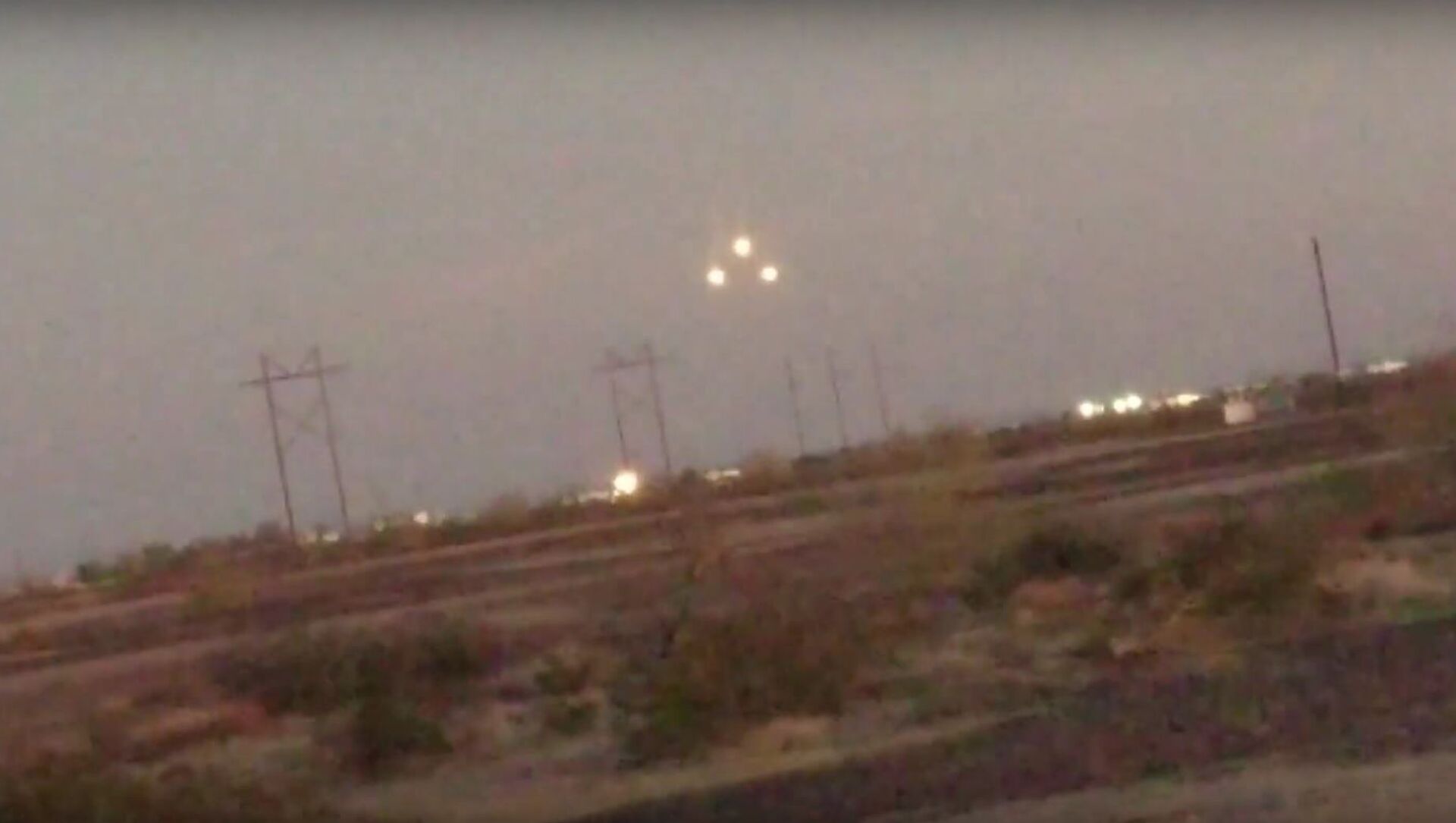 The first such sighting in modern history was in 1947 when Kenneth Arnold witnessed nine UFOs near Mount Rainier in Washington state while flying a small aircraft. Unidentified Flying Objects (UFOs) have been spotted all over the world and have been linked with alleged alien abductions.

A report by the Pentagon which is due to be delivered to the US Congress later this month concludes that while there is no evidence aliens are responsible for UFOs it is also impossible to rule them out, according to the New York Times.

UFO researchers around the world have been eagerly anticipating the unclassified report which describes the sightings as Unidentified Aerial Phenomena (UAP).

The Pentagon’s UAP Task Force looked into 120 incidents in the last 20 years which involved craft which suddenly accelerated in the sky, changed direction rapidly or had the ability to submerge.

Last year the Pentagon released footage taken by US Navy pilots showing encounters with the UAPs.

Former President Barack Obama told a US talk show last month: "What is true - and I'm actually being serious here - is that there's footage and records of objects in the skies that we don't know exactly what they are."

Where is the UFO report? 👽😏#PENTAGON #UFO #Aliens pic.twitter.com/P9JTH854yc

​The report, due to be given to Congress by 25 June, will have a classified section, which is likely to fuel conspiracy theories.

The Daily Telegraph reported recently the British Ministry of Defence was considering reopening its UFO investigation team in the wake of the Pentagon report.

In 1561 a newspaper in the German city of Nuremberg reported a "celestial phenomenon."

But they only registered with people after the Second World War, a period when secrecy amid the Cold War was paramount.

The following month an object described as a disc which was officially said to be a US Army air weather balloon crashed near the town of Roswell, New Mexico.

In the late 1970s a retired lieutenant colonel came forward and claimed the weather balloon had been a cover story and the craft was in fact a spaceship which contained several alien bodies.

The Pentagon later claimed these “bodies” were in fact crash test dummies which had been dropped from a great height.

👆This. It reminds me of an article from @hollywoodufos about the McMinnville UFO which speaks to 'knowing' character in context when assessing. Ignoring or denying this ability of knowing is worse than blinding. It becomes an open range for gaslighting. https://t.co/nbzYTKl6yl

​But conspiracy theorists insist it was a genuine alien craft and the US military has covered it up, possibly because they wanted to protect the technology they had harnessed.

In 1950 a farmer in McMinnville, Oregon took the first photographs of "flying saucer" and two years later a woman and several boys reported seeing a UFO land near Flatwoods, West Virginia, and claimed they saw a "spade-headed" alien get out.

In 1959 nine cross-country skiers were found dead near the Dyatlov Pass in the Soviet Union in mysterious circumstances. There have been claims that orange spheres were spotted in the sky at the time.

Then in 1966 hundreds of Australians witnessed a UFO in Clayton, Victoria. Reunions of the witnesses of The Clayton Incident are regularly held.

Sightings All Around the World

In the 1970s and 80s UFOs were reported from South Korea to Peru.

UFO sightings dropped off in the next three decades despite the increasing use of mobile phone cameras which would make them easier to capture.

In February this year the Federal Aviation Authority said it was unable to explain a sighting by an American Airlines pilot over New Mexico.

In an audio recording on the aviation blog Deep Black Horizon the pilot tells air traffic control: "I hate to say this but it looked like a long cylindrical object that almost looked like a cruise missile type of thing moving really fast right over the top of us."