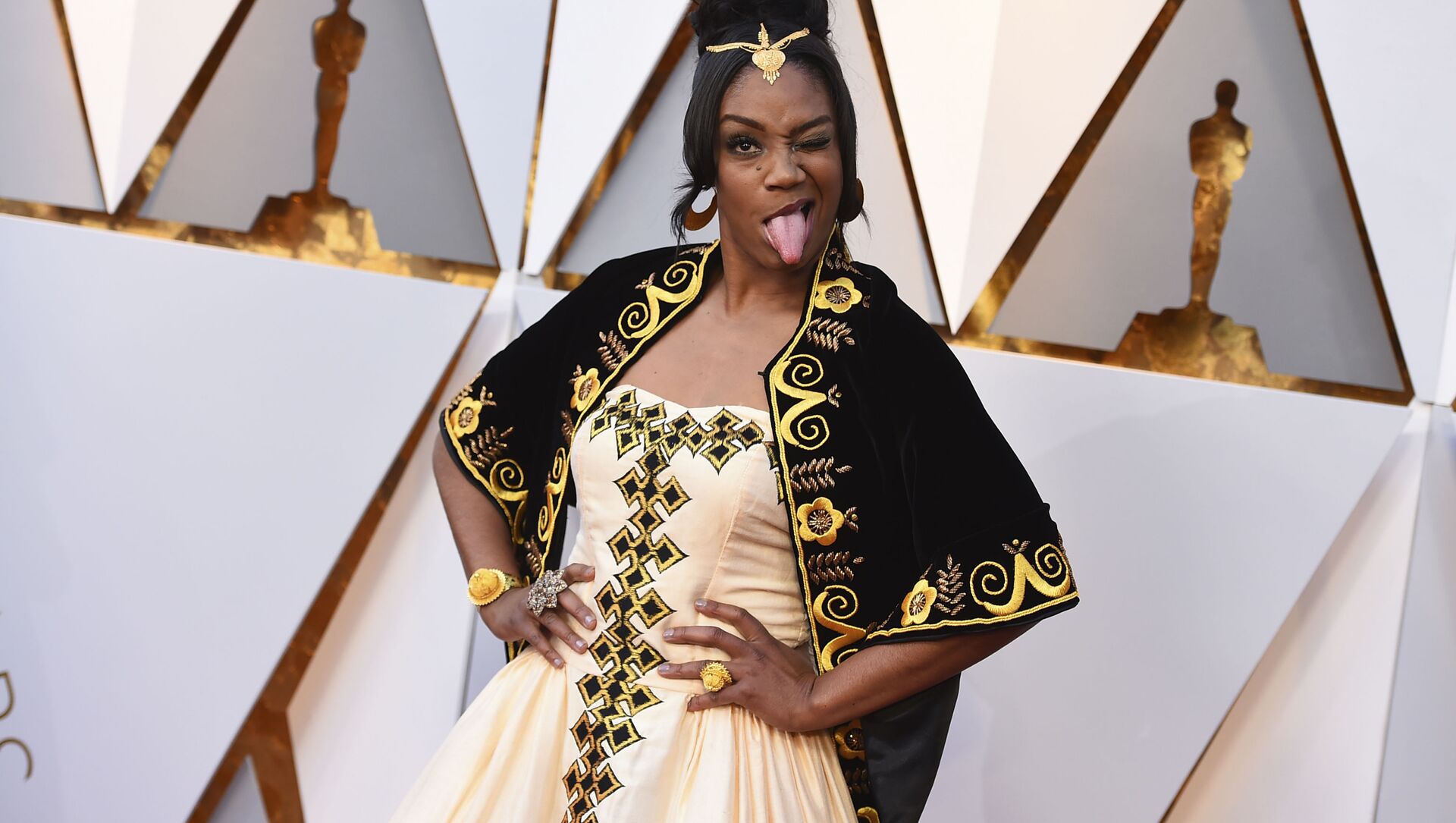 Tiffany Haddish was lined up to replace Ellen DeGeneres as host of NBC’s coveted daytime talk show. But in the end the network plumped for Texas-born former singer Kelly Clarkson.

American actress and comedian Tiffany Haddish has enraged social media users for her opinions on the conflict in Ethiopia’s Tigray region.

The 41-year-old performer, who recently lost out on the coveted job of replacing  Ellen DeGeneres as an NBC talk show host, has been described as a “disgusting human being” because she supports Eritrea, which is fighting alongside the Ethiopians.

I’m not posting triggering images just to satisfy genocide deniers, but Tiffany Haddish said she wants to see proof of dead bodies to believe #TigrayGenocide is real. I’m at a loss for words.

​In recent months the Eritreans have been accused of carrying out mass rapes and murdering Tigrayan civilians.

But because the area is a war zone foreign journalists have been unable to reach the area to confirm claims made on social media.

not only will Tiffany Haddish consistently know about international problems before me, but she will already have the most dangerous, bigoted opinion about it also 💀

​The patriarch of Ethiopia's Orthodox Church, Abune Matthias, recently accused the Ethiopian government and its Eritrean allies of “genocide”.

He said: “I am not clear why they want to declare genocide on the people of Tigray. It is not the fault of the Tigray people. The whole world should know it.”

​Haddish, who voices one of the characters in the Netflix sitcom Tuca and Bertie, has denied the Tigrayan people were the victims of “genocide.”

Reminder: @TiffanyHaddish was recently on Clubhouse denying the genocide of the people of Tigray because she “hasn’t seen the bodies”. Haddish supports Eritrea’s dictator, Isaias Afwerki, because he’s a veteran and builds dams using improper and inhumane Eritrean labor. https://t.co/gfZsW8O6No

​United States President Joe Biden called for a ceasefire in Tigray last week but Abiy Ahmed’s government has refused until the TPLF is militarily defeated.

Haddish was born in Los Angeles in 1979 and her father, Tsihaye Reda Haddish, was a refugee who had fled Eritrea, which was then part of Ethiopia.

​In the last few years Tiffany Haddish has become increasingly enamoured with Eritrea and its controversial leader, Isaias Afwerki, who has been the country’s President since it became independent in 1993.

She first visited the country in 2018 to bury her father and the following year she became a naturalised Eritrean citizen. 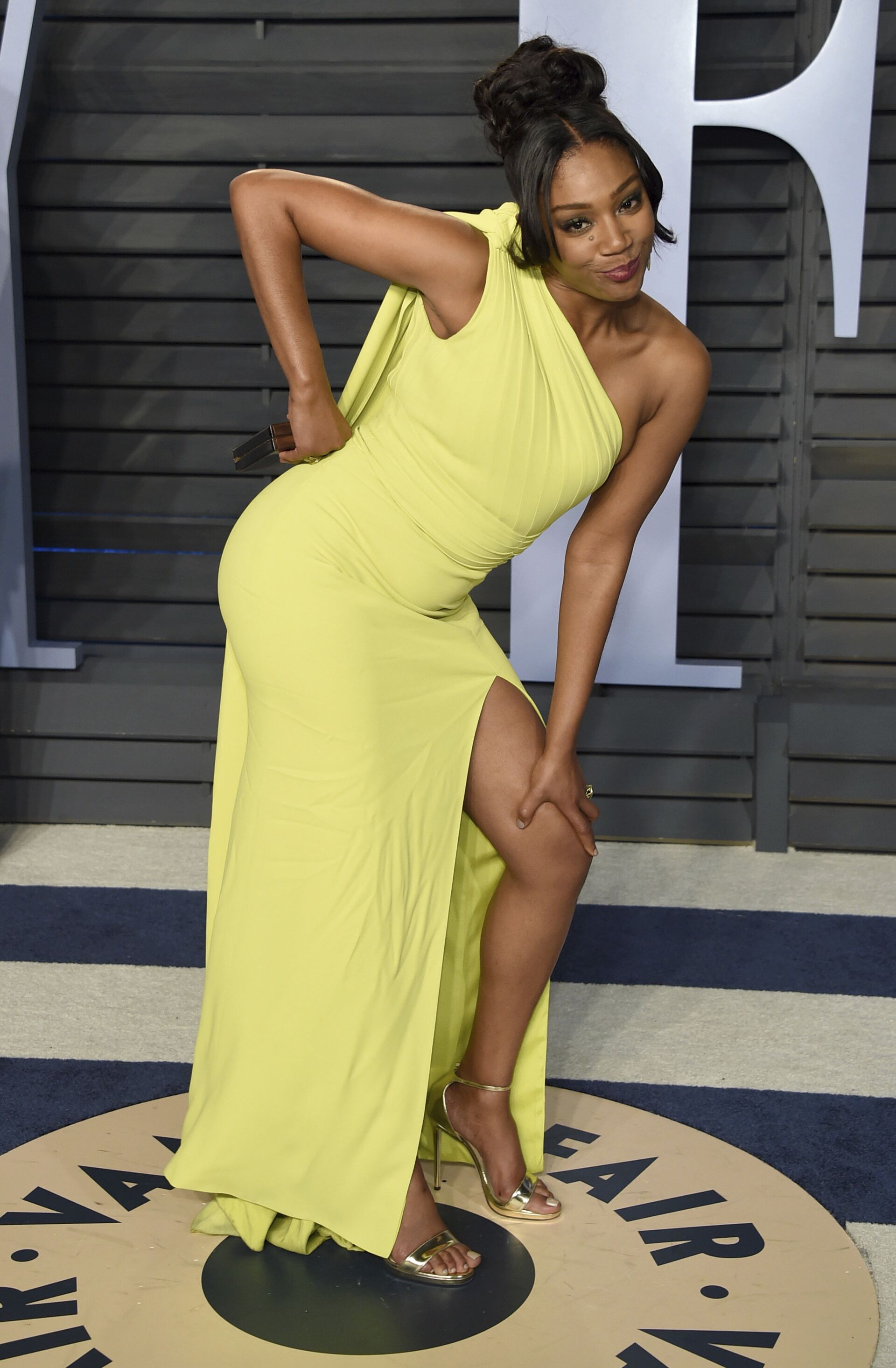 Last year she was criticised for defending Afwerki and his government by some of the thousands of Eritreans who have fled the country and claim it is run like a jail with no elections, indefinite national service and a complex of underground prisons.

Although Buzzfeed ran an article which suggested Haddish was very naive, she has not wavered and continues to support Afwerki and his government’s policies on Tigray.

While people trying to make me look like the bad Guy pay attention to who is really behind all this. This is a Great read. “A Morally Bankrupt Institution”: How the UN is Betraying Ethiopia | by Jeff Pearce | May, 2021 | Medium https://t.co/UC1Eim8kXg

​“Awet N’ Hafash” is an Eritrean phrase, roughly translated as “Victory to the Masses”, which was used by the Eritrean People’s Liberation Front during the war of independence and remains a common slogan with Afwerki’s Eritrean government.

Later the same day Haddish retweeted an article headlined: “A Morally Bankrupt Institution: How the UN is Betraying Ethiopia.”

Haddish, who has starred in Hollywood movies like Girls’ Trip, Night School and Like A Boss, tweeted: “While people trying to make me look like the bad Guy pay attention to who is really behind all this. This is a Great read.”

​The political and military situation in the Horn of Africa is extremely complex.

Ethiopia’s Prime Minister Abiy Ahmed won a Nobel Peace Prize in 2019 after settling a border dispute with Eritrea and the two countries have become allies against the Tigray People’s Liberation Front (TPLF), which ruled Ethiopia until the death of its leader Meles Zenawi in 2012.

In November last year Eritrean troops crossed into Tigray in support of a military offensive by the Ethiopian government against the TPLF.