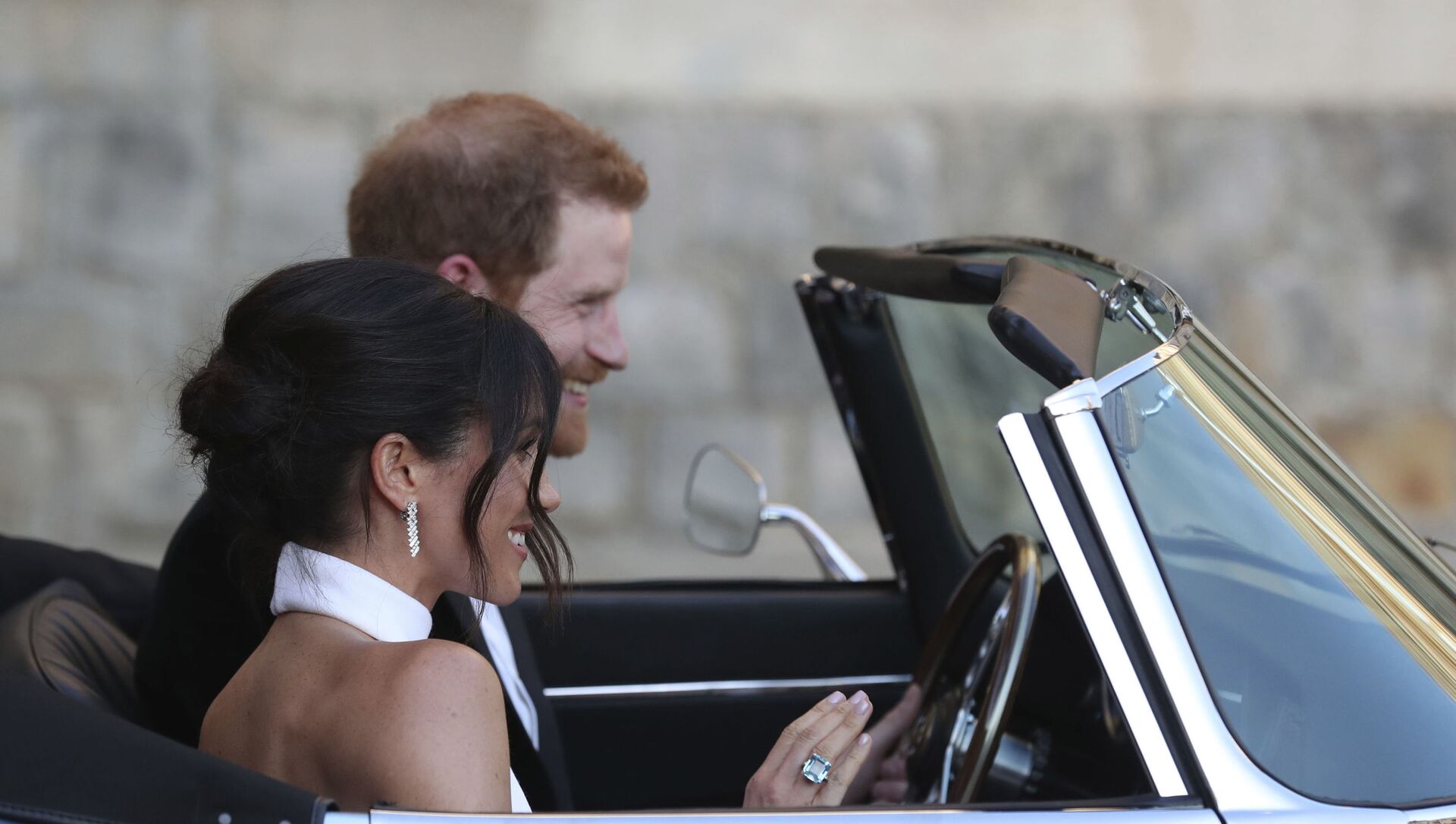 © AP Photo / Steve Parsons
Subscribe
Max Gorbachev
All materialsWrite to the author
The film, made by the American cable channel Lifetime, is part of a series of movies about the Duke and Duchess of Sussex. The two previous films showed how the couple fell in love and the challenges they faced as working royals.

Meghan Markle's mum Doria Ragland is played by The Wire's Melanie Nicholls-King in Lifetime's Megxit movie... as she dons a similar hairdo and headscarf on Vancouver shoot. https://t.co/Rx179dWCtq

​The movie, titled "Harry & Meghan: Escaping the Palace", is expected to reveal more details about the Duchess’ relations with her mother, whom Prince Harry described as an "amazing" mother-in-law.

The cable channel Lifetime used two different actors to portray Prince Harry and Meghan Markle in the previous movies, and the third film is no exception. The duo will be played by Jordan Dean (The Punisher) and Sydney Morton (She Gotta Have It).

​The movie, as one may have guessed, will focus on the couple’s controversial decision to quit royal life (dubbed "Megxit") in January 2020. Back then, the Sussexes said they wanted to work to become financially independent as well as balance their time between the United Kingdom and North America.

However, in their bombshell interview with Oprah Winfrey, in which the couple made several sensational accusations against the royal family, Prince Harry claimed that toxic and racist treatment by the British press was a large part of why the couple left the United Kingdom.

Lifetime indicated that the movie will focus on Meghan Markle’s alleged isolation within the royal family and the Palace’s unwillingness to help the Duchess cope with attacks on her on social media and in the press.

The coronavirus pandemic has hampered the filming process, but reports say the movie is likely to be released this year.