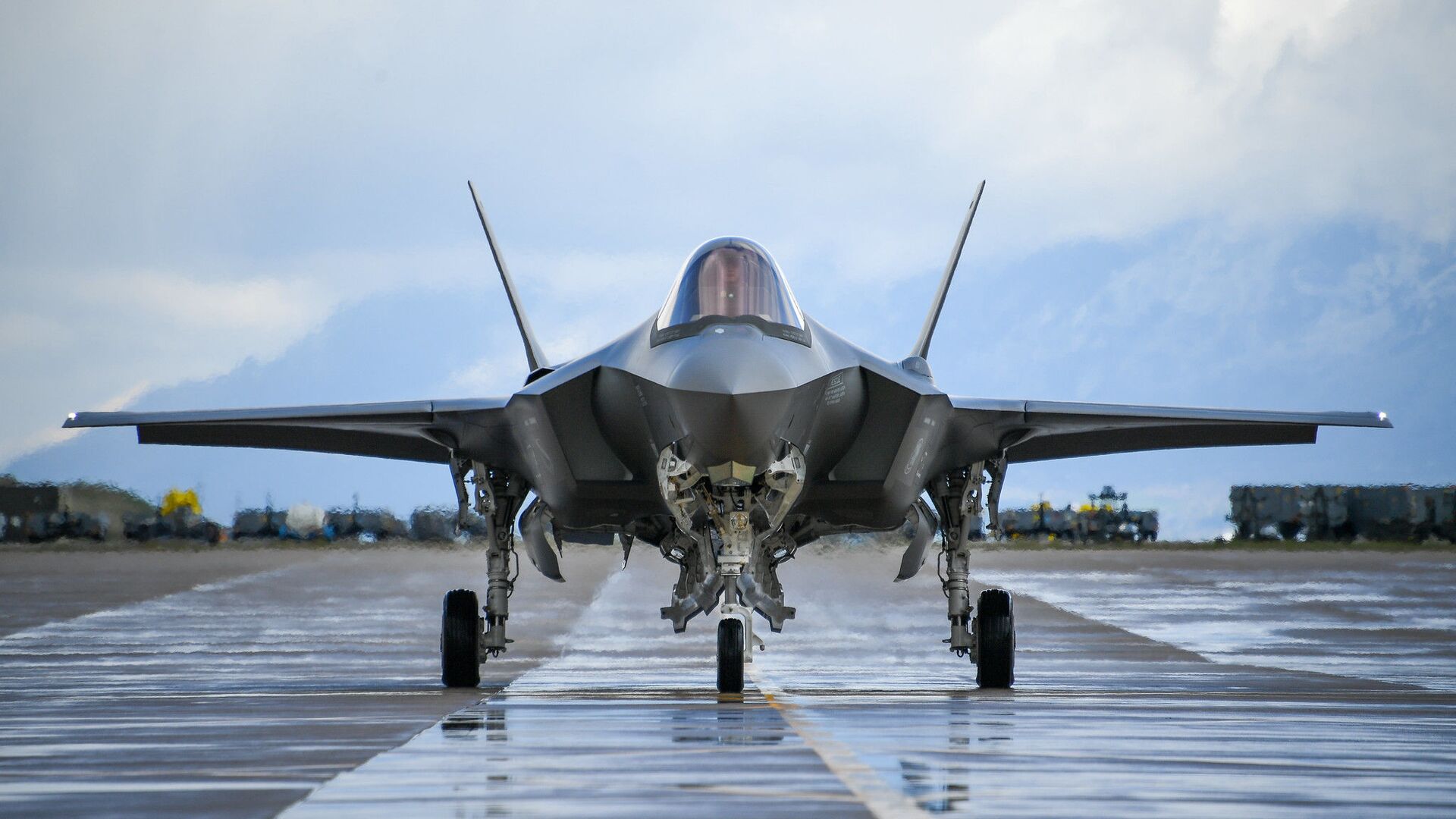 Ekaterina Blinova
All materialsWrite to the author
Lockheed Martin's F-35 fighter is facing pushback in Congress over the warplane's $1.7 trillion lifecycle costs, The Hartford Courant forecast on 1 June. What's behind the controversy surrounding the programme and why are some US lawmakers threatening to shut it down?

The Hartford Courant's gloomy prognosis popped up as the Pentagon is asking Congress to allocate some $715 billion for its fiscal 2022 budget, a 1.6 percent increase from what the US Department of Defence got in fiscal 2021. Of that total, the Pentagon is seeking $12 billion to buy an additional 85 F-35 Joint Strike Fighters.

The F-35 Lightning II programme has been mired in controversy since its inception. Although the project was launched 20 years ago and 500 airplanes have already been delivered, the stealth fighter jet still remains in a low-rate initial production (LRIP) phase which keeps price tags high and orders relatively small, according to Popular Mechanics.

The full rate production decision has been delayed multiple times due to development issues and, most recently, Joint Simulation Environment (JSE) testing, which Lockheed Martin's has yet to complete. To date, the stealth multirole combat aircraft is years behind schedule and billions over budget.

On 22 April 2021, the US Government Accountability Office (GAO) issued a report calling the F-35 the "most ambitious and costly weapon system in history" and insisting that "enhanced attention to and oversight of F-35 affordability are needed."

According to the GOA, the Pentagon plans to acquire nearly 2,500 F-35 fighter jets for about $400 billion and projects spending another $1.27 trillion to operate and sustain them over their utility lifecycle. The F-35 estimated sustainment costs over its 66-year anticipated life cycle have steadily increased since 2012, from $1.11 trillion to $1.27 trillion, despite purported efforts to reduce costs, the agency claims.

"The services face a substantial and growing gap between estimated sustainment costs and affordability constraints – i.e., costs per tail (aircraft) per year that the services project they can afford – totaling about $6 billion in 2036 alone," GOA wrote. "The services will collectively be confronted with tens of billions of dollars in sustainment costs that they project as unaffordable during the programme."

The state-of-art US fighter jet's mission capable rates – the measure of the readiness of an aircraft fleet – "still falls short of warfighter requirements," according to the report: "For example, in fiscal year 2020 the Air Force F-35A full mission capable rate was 54 percent, versus a 72 percent objective," it noted. 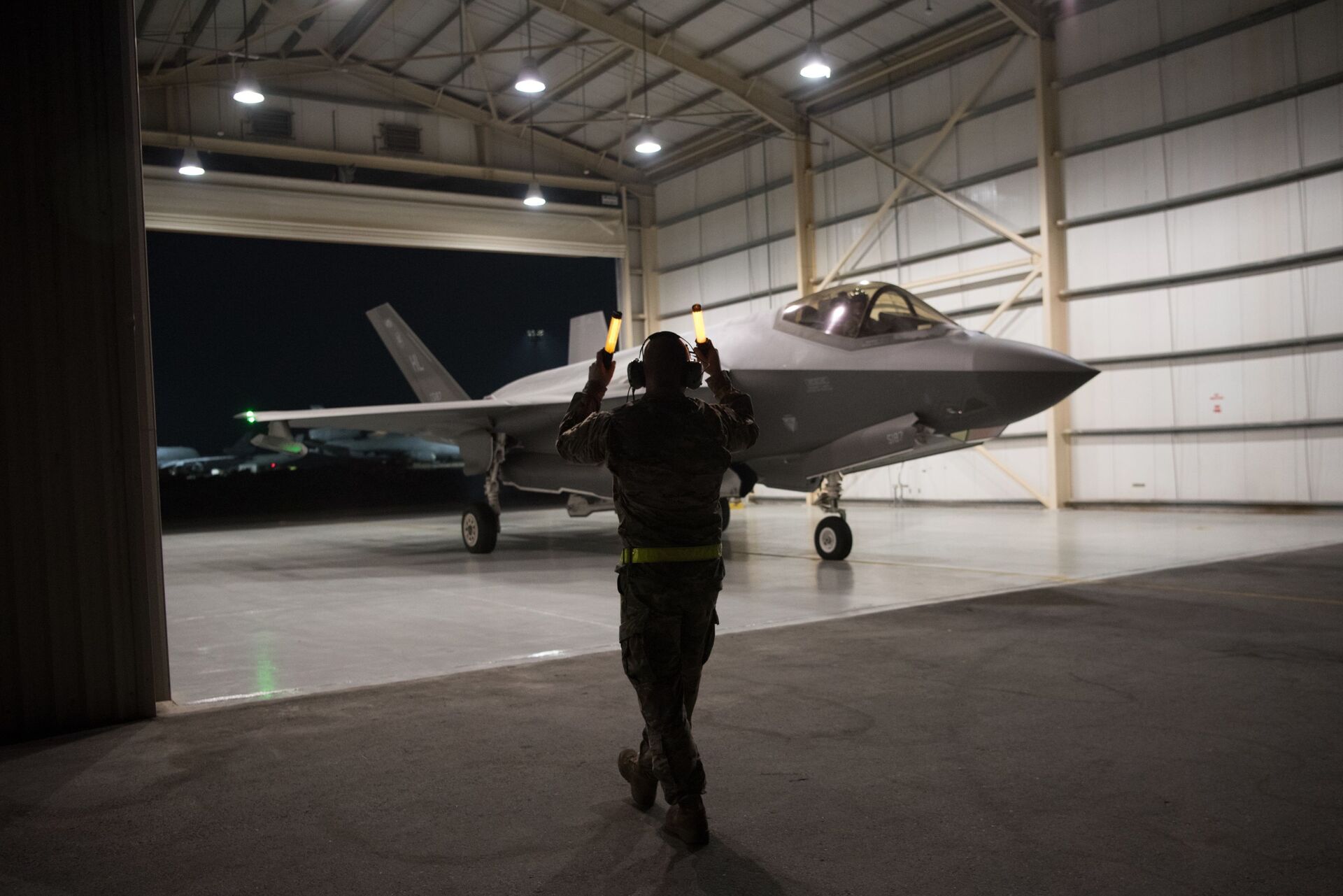 In this Sept. 10, 2019, photo released by the U.S. Air Force, an F-35A Lightning II fighter jet is directed out of a hangar at Al-Dhafra Air Base in the United Arab Emirates.
© AP Photo / Tech. Sgt. Jocelyn Ford

Some American lawmakers appear disenchanted as well. Speaking at a 5 March Brookings Institution web conference, Adam Smith, the Democratic chairman of the House Armed Services Committee, called the F-35 a "rathole" stressing that he "want[s] to stop throwing money down" that project.

On 22 April, two other Democrat congressmen made it clear that they would not support ramping up the number of F-35 joint strike fighters in the fiscal 2022 budget, as they used to do in previous years.

"If this program continues to fail to significantly control and reduce actual and projected sustainment costs, we may need to invest in other, more affordable programs and backfill an operational shortfall of potentially over 800 tactical fighters," said Representative Donald Norcross (D-NJ), the chair of the House Armed Services Committee’s (HASC) tactical air and land subcommittee.

For his part, Representative John Garamendi (D-Calif), who chairs HASC’s readiness subcommittee, echoed his party fellow, stressing that "the programme is over budget" and that "it fails to deliver on promised capabilities." 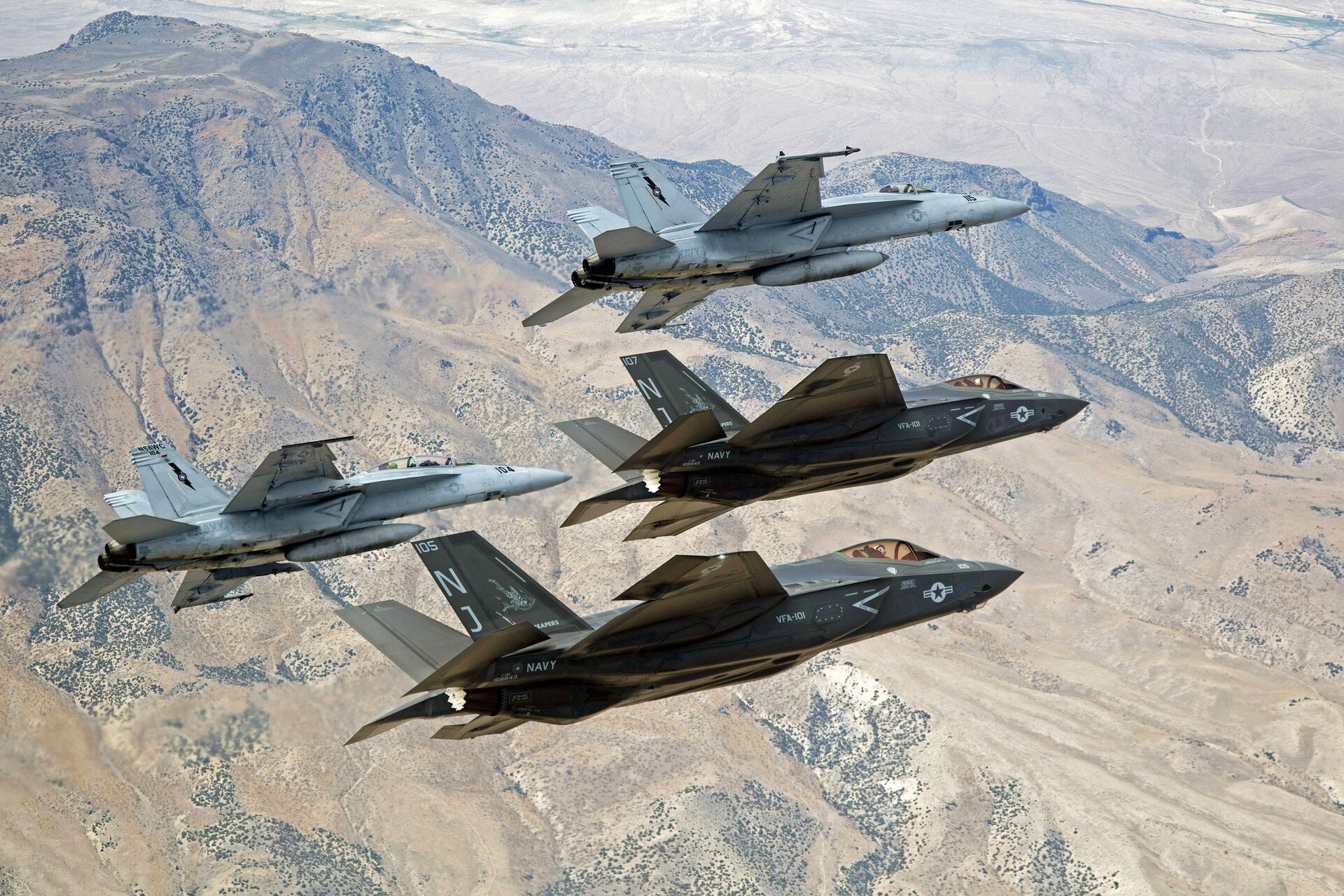 Not only Democrats, but also GOP congressmen have voiced concern over the ballooning costs of the F-35 programme. Representative Vicky Hartzler (R-Mo.), a ranking member on HASC’s tactical air and land subcommittee, noted that while the project is making some progress, she shares her counterparts' concerns about capability delays, affordability issues and readiness problems, according to Defense News.

Doug Lamborn, a Republican representative from Colorado, admitted that unless industry stakeholders drive down the sustainment cost of the F-35, critics of the project "will be dealt a stronger hand in their calls to gut the programme."

On top of this, a senior US Air Force officer also threw shade on the current version of Lockheed Martin's fighter jet. Commenting on the US Air Force's massive war game held last fall, Lieutenant General Clint Hinote, the service's Deputy Chief of Staff for Strategy, Integration, and Requirements, revealed that they used the more advanced F-35 Block 4 aircraft – which is still under development. 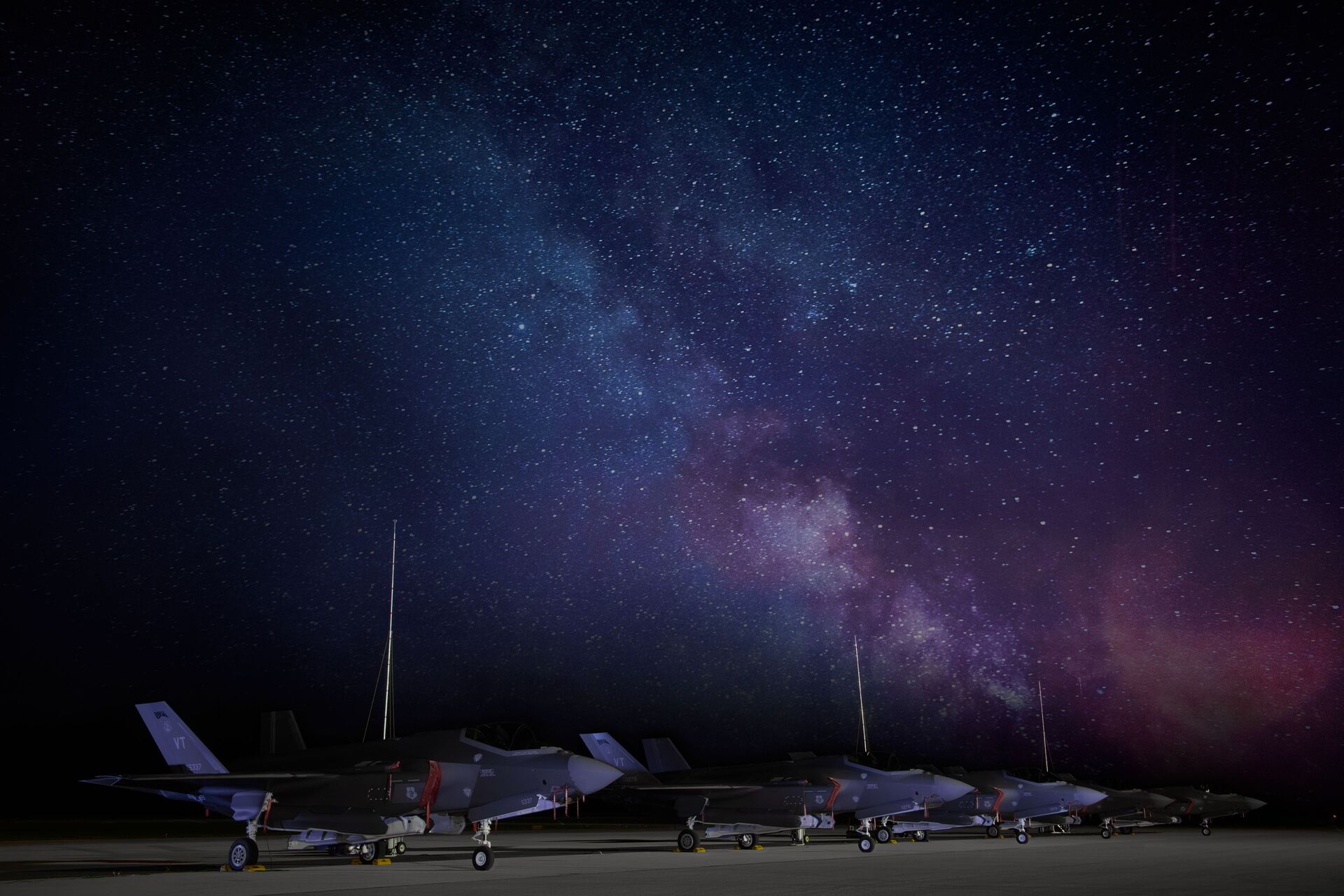 It's Russia & China to Blame, Again

While clouds are gathering on the F-35's horizon, some American media suggests that it's not because of high costs, development problems and unaccomplished mission capable rates, but because Russia and China are trying to undermine the promising project.

John Venable, a senior research fellow for defense policy at the conservative Heritage Foundation, believes that Moscow and Beijing "would like nothing better than for the United States to curtail its buy of the F-35" because "there is not an allied or adversary platform in production that can come close to competing with the F-35."

"So just how could the Russians, Chinese or even a competitor company accomplish such dastardly work? Proxies perhaps? Sounds like the movie Conspiracy Theory, right?" Venable remarks, suggesting that the countries are waging a "disinformation campaign" against the F-35 by using facts which "critics of the F-35 have latched onto… to make their case."

According to Venable, the F-35's projected lifetime costs of $1.7 trillion would not appear that big, if one "pick[s] the lifetime costs of the A-10, the AV-8B, or the FA-18A/B/C/D warplanes, their major modifications and service life extension programmes" and "then remember that the F-35 is going to replace them all."

"That’s right – you would have to add up totals for all of them to support a claim that the F-35 is a 'rathole' for dollars," the lobbyist insists.

It's not clear whether US lawmakers will follow Venable's advice in weighing the pros and cons of the programme, but one thing appears to be certain: if Lockheed Martin's project eventually faces cuts, it would not be the GOA, the ranking members of HASC subcommittees or even Lt. General Hinote to blame but Russia and China's "maligning efforts."