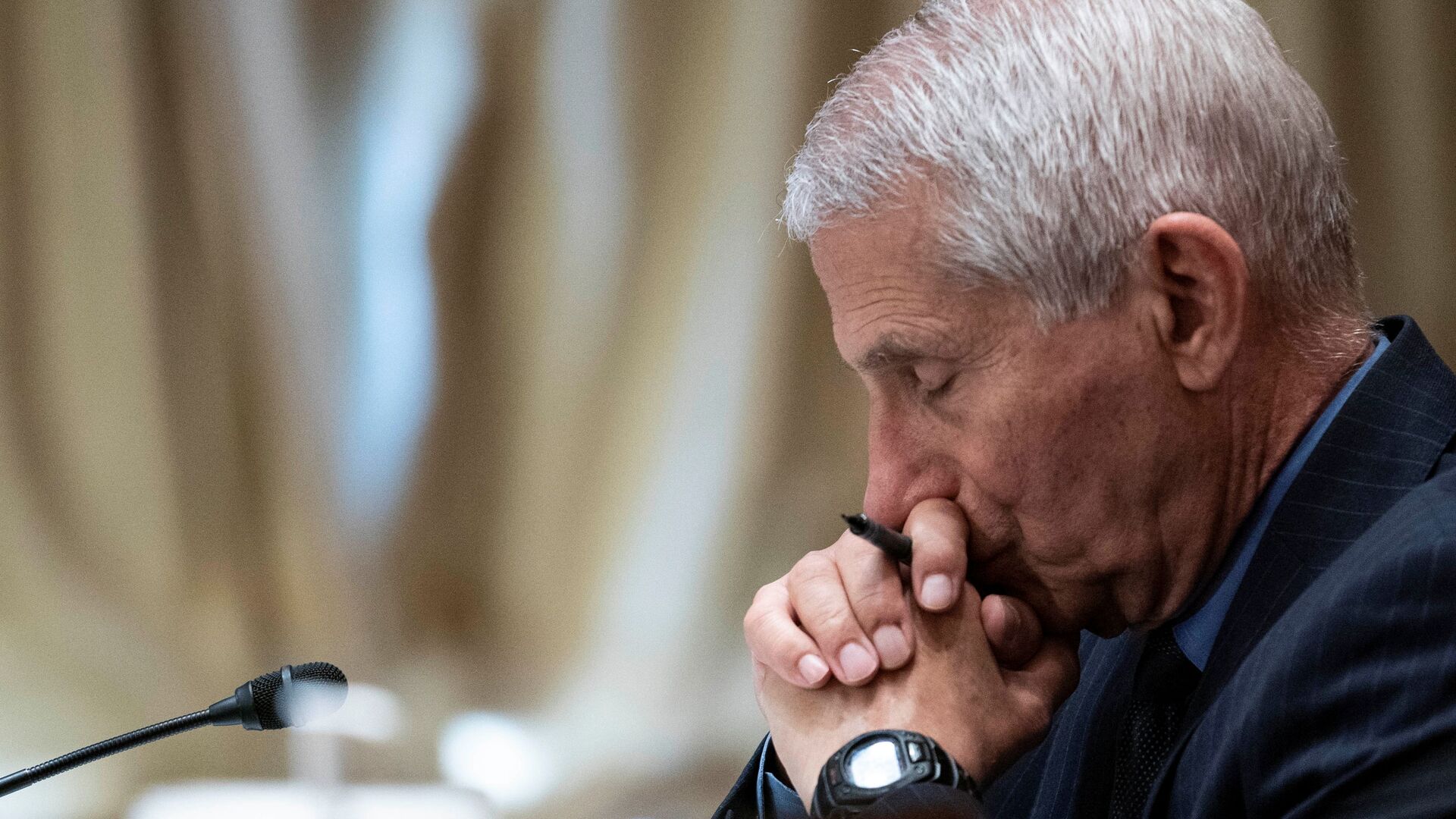 © REUTERS / POOL
Subscribe
International
India
Africa
Claims that the COVID-19 pandemic may have been genetically-engineered in a lab at the Wuhan Institute of Virology in China have been given new impetus by Fauci's admission in an email that the genetic code of the virus was "inconsistent" with the theory of a natural mutation of a virus found in wild animals sold as culinary delicacies.

Two leading Republican Congress members have said it is "imperative" for President Joe Biden's chief medical advisor to testify on allegations of a man-made origin to COVID-19.

They wrote that thousands of Fauci's emails, released this week under a freedom of information request, "debunk many Democrats’ claims from the past year" — including that the top medic was "muzzled" by former president Donald Trump.

"More importantly, the emails contain new evidence regarding the origins of COVID-19, including the possibility it leaked from a US taxpayer-funded laboratory," they wrote.

Widespread accusations that the deadly coronavirus strain may have been genetically-engineered in a lab of the Wuhan Institute of Virology in China have been given new impetus by Fauci's admission in one email that he and other experts "find the genome inconsistent with expectations from evolutionary theory".

Asia
Scientists Claim COVID-19 Was Man-Made in Lab and 'Retro-Engineered' to Hide Origin
That chimes with a new scientific paper that argued the genetic make-up of the virus could not possibly have arisen by natural mutation, but only by splicing genes for a 'spike protein' that targets human cells into the existing SARS virus in a 'gain of function' experiment that was released by accident — and then "retro-engineered" in an attempt to hide its true origin.

"In the research done by the bat scientist in Wuhan, she gives him credit. She lists the exact NIH grant with a ten-numeral disclaimer or ID number, listing the money and thanking the NIH for the money," The Kentucky senator said.

"It's clearly 'gain of function'. There are several scientists who are in this field, cellular biologists, they all say that taking a SARS virus and adding an S-protein to it to make it infect human cells, that is the very definition of gain of function," Paul continued. "It's very dangerous. We shouldn't be doing it here or there. But Dr. Fauci has denied it to this day."

Paul said Fauci's emails showed "he was acknowledging that it was gain of function," and "Nobody was questioning it".

"The scientific community needs to look at this, because he hides behind this veil of the lab coat that nobody can question him," Paul charged. "It absolutely was gain of function research. He was funding it. And to this day, he is still saying he would do it again.​"

Paul earlier tweeted a more succinct response to the revelation of Fauci's emails:

​Trump seized on the email release in a statement, repeating his earlier calls for China to pay enormous reparations to other nations for 3.5 million deaths and the enormous economic damage caused by the pandemic.

"Now everyone, even the so-called 'enemy,' are beginning to say that President Trump was right about the China Virus coming from the Wuhan Lab," Trump said. "The correspondence between Dr. Fauci and China speaks too loudly for anyone to ignore. China should pay Ten Trillion Dollars to America, and the World, for the death and destruction they have caused!".