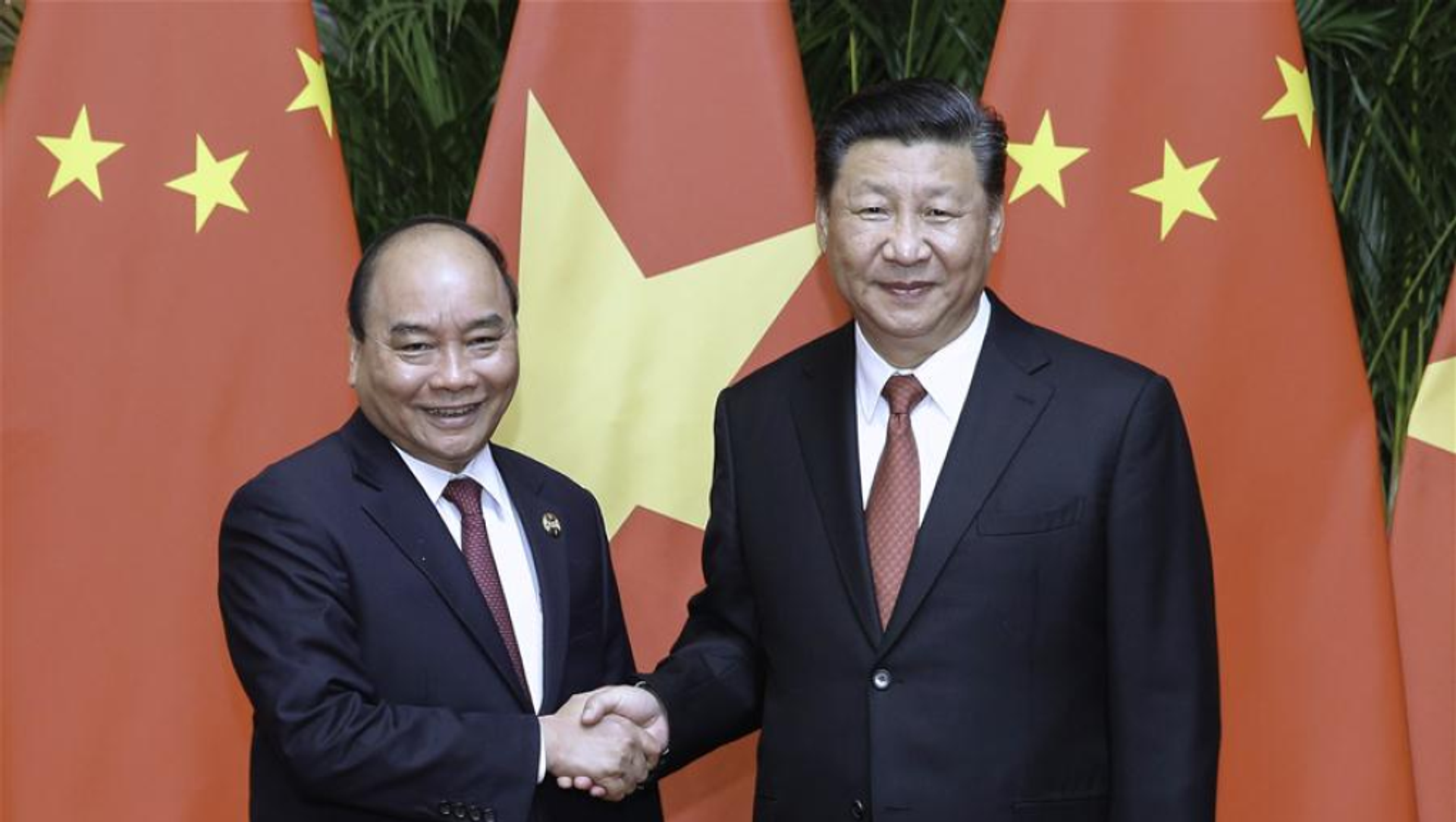 Morgan Artyukhina
All materialsWrite to the author
While the two nations have a history of sometimes-violent border disputes, China and Vietnam have emphasized the increasing importance of political and economic cooperation since normalizing relations in 1991. Nonetheless, Washington has tried to pry Vietnam and other Southeast Asian nations away from working with China.

Chinese and Vietnamese naval leaders have agreed to set up a naval hotline as part of a larger effort to defuse tensions in the South China Sea. This comes after their respective heads of state recently agreed to improve diplomatic and trade relations, too.

Rear Admiral Tran Thanh Nghiem, Commander of the Vietnam People’s Navy, held an online talk with Admiral Shen Jinlong, Commander of the People's Liberation Army Navy last week to discuss military relations between the two socialist nations, which are sometimes fraught with dispute and confrontation over competing claims to parts of the South China Sea.

According to the Vietnamese defense ministry’s official People’s Army Newspaper, “the two sides agreed to enhance the sharing of information related to situations at sea and issues of mutual concern, study the possibility of setting up a hotline to connect the two navies, and maintain the joint patrol mechanism in the Gulf of Tonkin.”

Their meeting comes just days after Chinese President Xi Jinping and Vietnamese President Nguyen Xuan Phuc spoke on the phone, pledging to increase cooperation in a number of areas.

“The two sides must continue to use a strategic and long-term perspective to view the relationship between the two parties and two countries, to anchor China-Vietnam relations in the correct direction,” Xi said, according to a Chinese Foreign Ministry readout.

“The Chinese Communist Party and government will firmly adhere to the policy of friendship with Vietnam, and we appreciate the new leadership of Vietnam for continuing to give top priority to foreign relations with China,” he added.

Xi said they should work to promote “high-quality synergy” between their bilateral "Two Corridors and One Economic Circle" plan, which has struggled to get off the ground, and the larger Belt and Road Initiative infrastructure megaproject.

Phuc, in turn, called for strengthening their cooperation on COVID-19, improving the quality and efficiency of their trade and investment cooperation, maintaining peace and stability at sea, handling maritime issues according to internationally defined rules, such as the 1982 United Nations Convention on the Law of the Sea, and to continue coordinating at multilateral forums, according to VN Express.

The two nations have significantly overlapping claims to parts of the South China Sea, with Vietnam claiming the Paracel Islands and most of the Spratly Islands, which China also claims. Their claims, in turn, overlap somewhat with those made by the Philippines, Taiwan, Malaysia, and Brunei, creating a fraught situation in which nations have fortified the tiny islands with radar sites, missiles, port and aircraft facilities. 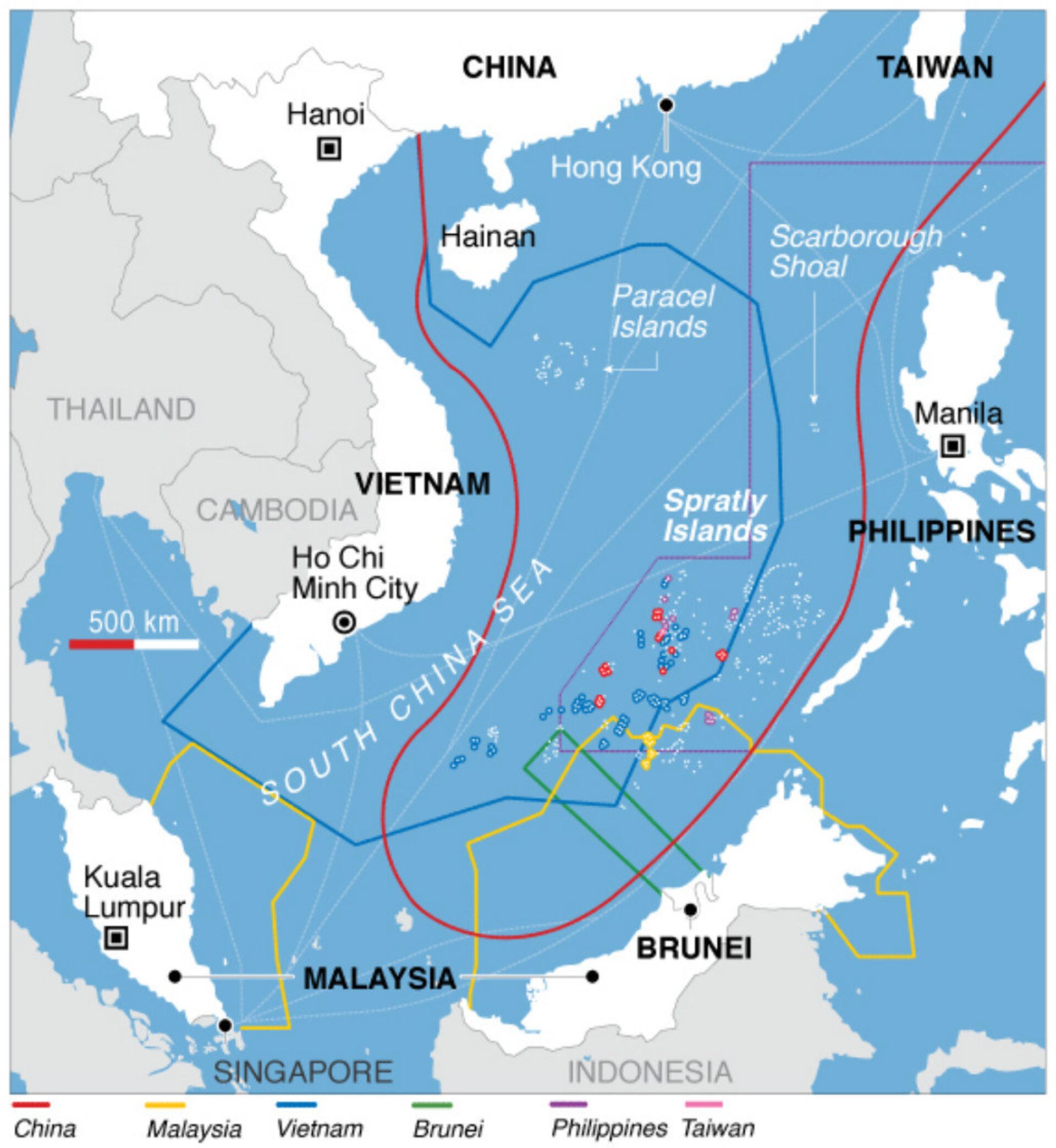 The United States, claiming it is upholding an “international rules-based order” despite never having actually ratified the UNCLOS, has taken to performing regular “freedom of navigation operations” that purposefully flout Chinese and Vietnamese maritime claims, as well as performing large military drills in the South China Sea. However, where Washington has tried to posture as standing up to Chinese expansionism, Beijing has been working with regional nations to reach a diplomatic solution.

The Code of Conduct in the South China Sea would standardize maritime interactions in the waterway, including the question of where each nation’s fishing fleets could go, but negotiations were paused due to the onset of the COVID-19 pandemic in early 2020. China and the Association of Southeast Asian Nations (ASEAN) have since pledged to redouble their efforts, and amid the dispute between the Philippines and China earlier this year over Chinese fishing boats near the disputed Whitesun Reef, Manila and Beijing agreed “to fully and effectively implement” the 2002 Declaration on the Conduct of Parties “and accelerate consultations on the ‘Code of Conduct in the South China Sea.’”