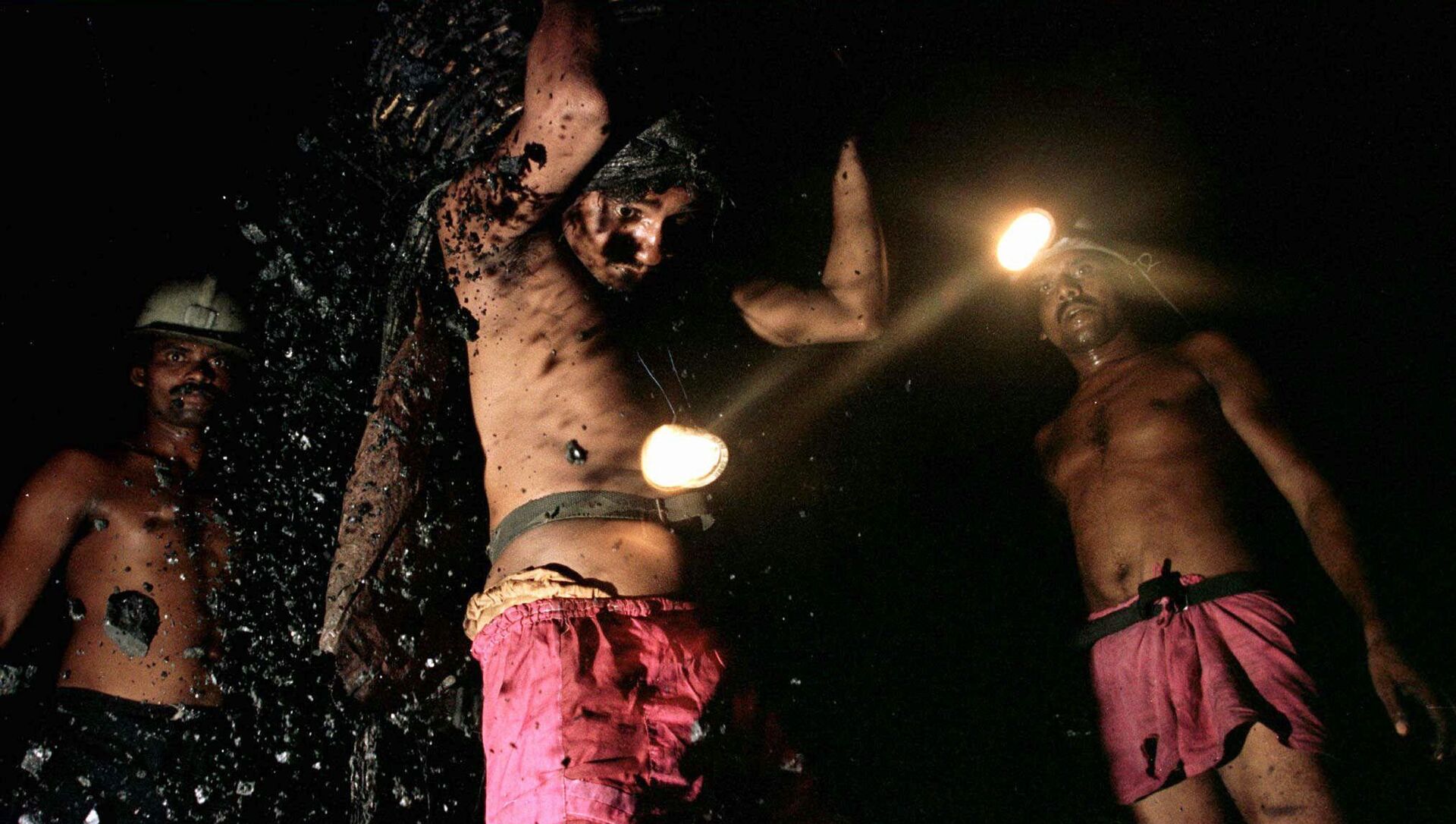 Alisha Rahaman Sarkar
All materials
A rat-hole mine, also known as a 'death trap' is a network of small tunnels with an opening fit for children or skinny men. Despite being banned by court order in India, these mines are under operation in the state of Meghalaya.

Five miners were trapped inside a coal mine in northeastern state of Meghalaya's East Jaintia Hills after a dynamite blast flooded the pit on Sunday. Three days later, their fate remains unknown as the search and rescue operation was affected by heavy rains on Tuesday.

The administration has learned the identities of the five missing miners, four are from the neighbouring state of Assam and one is from Tripura. According to district magistrate E. Kharmalki, at least 35 men of the State Disaster Response Force (SDRF) and Fire Service were pressed into the rescue operation. The state is likely to call in the National Disaster Rescue Force on Wednesday.

"The problem is that coal pit is more than 500 feet deep and there is water everywhere. We have to make use of the crane which the miners used to go down. A high-powered pump has also been requisitioned but will be operated once the divers can go inside,” Kharmalki told reporters.

Local police have launched a manhunt for the absconding owner of the coal mine. The previous owner of the mine and a suspect in the case have been detained. However, he tested positive for COVID-19 and has yet to be interrogated.

A Rat-hole mine, also known as a 'death trap', is a network of small tunnels with a small opening, suited for children or skinny men. Despite being banned by India's National Green Tribunal (NGT) in 2014, these illegal mines are found everywhere in the hilly state. Poverty and lack of job opportunity often drive men in the state to take up illegal mining.

Meghalaya in the past has witnessed multiple instances of deaths due to mine-related accidents. In December 2018, only 3 bodies of the 15 trapped persons were retrieved in a joint effort by the Indian defence forces. The rescue operation was called off after 7 months. Following the incident, the NGT imposed a $136 million fine on Indian Prime Minister Narendra Modi's Bharatiya Janata Party (BJP) government in the state for failing to curtail illegal coal mining.

Despite the measures, 6 miners died in January this year after a mine caved in.

Blaming the state government for allowing coal mafias to operate with impunity, former state chief and Congress party leader Mukul Sangma tweeted, "Never in the history of Meghalaya and North East India has such a cartel operated with complete impunity, engaging in illegal coal mining and illegal transportation and the illegal transaction of such coal across states, robbing the states."