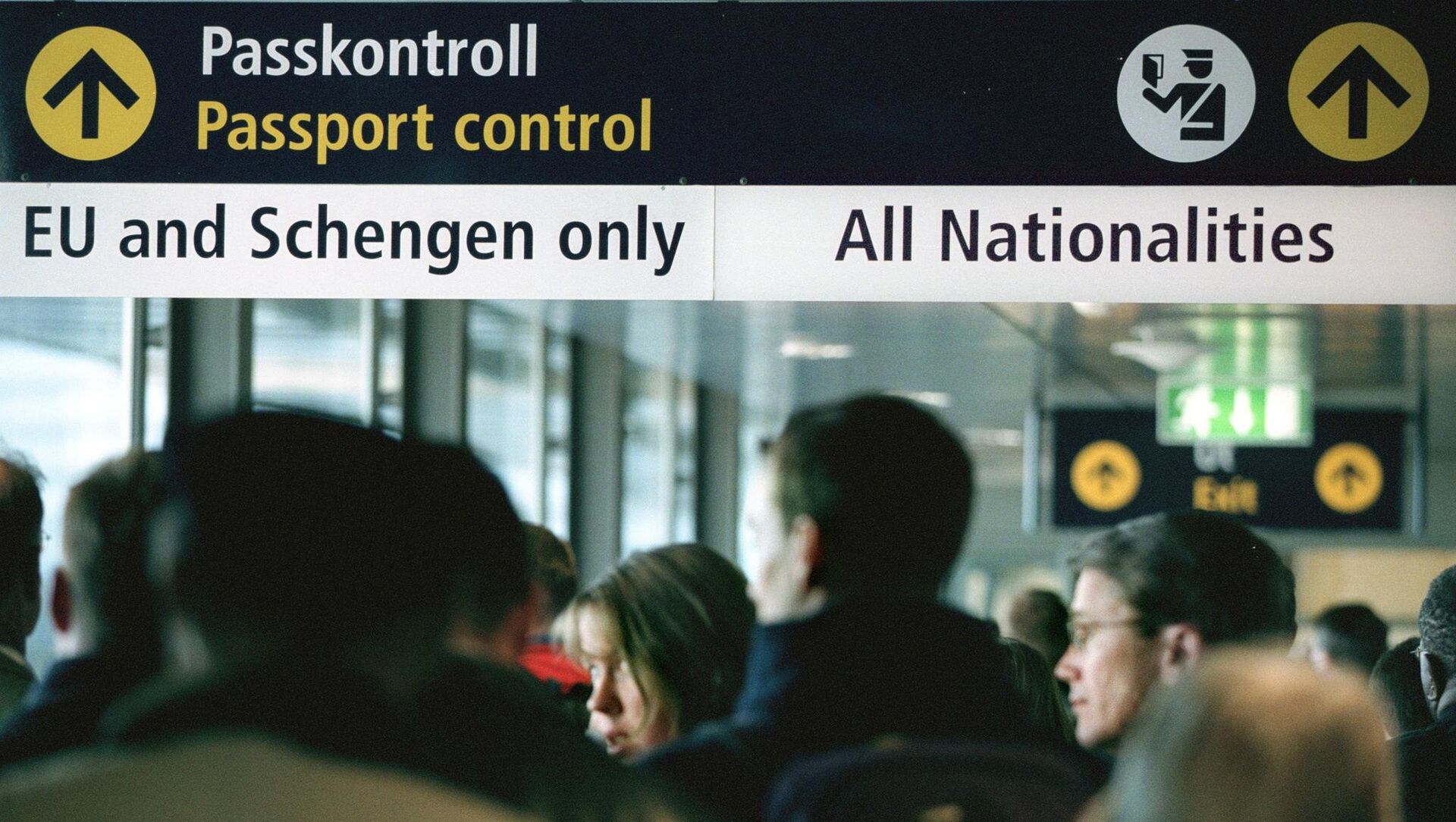 © AFP 2023 / Henrik Montgomery
Subscribe
International
India
Africa
BRUSSELS (Sputnik) - All members of the European Union should join the Schengen area in the future, the European Commission said on Wednesday.

"Enlarge the Schengen area: Schengen's future must be marked by the expansion to those EU Member States that are not yet part of the Schengen area. This is both a legitimate expectation and a legal obligation for those countries evaluated as ready for accession," the commission said in a statement on its new strategy "Towards a stronger and more resilient Schengen area."

The new strategy is generally geared toward ensuring proper management of the bloc's external borders, strengthening the Schengen area internally, enhancing preparedness and governance, and expanding the Schengen area to accommodate those EU member states that are not yet part of it.

In light of the pandemic, as well as growing incidents of insecurity posed by terrorism and illegal migration, some members of the Schengen area have introduced temporary border control at internal borders. This action is in line with the Schengen Borders Code, which allows member states to temporarily reintroduce border control in the event of grave danger to internal security. However, such action is to be taken as a last resort and respect the proportionality principle — action must be in keeping with the aim pursued.

Most EU members are part of the Schengen area except for Ireland, Romania, Bulgaria, Croatia, and Cyprus.

On the other hand, countries such as Norway, Iceland, Switzerland, and Lichtenstein, which are not EU members, are part of the Schengen area.