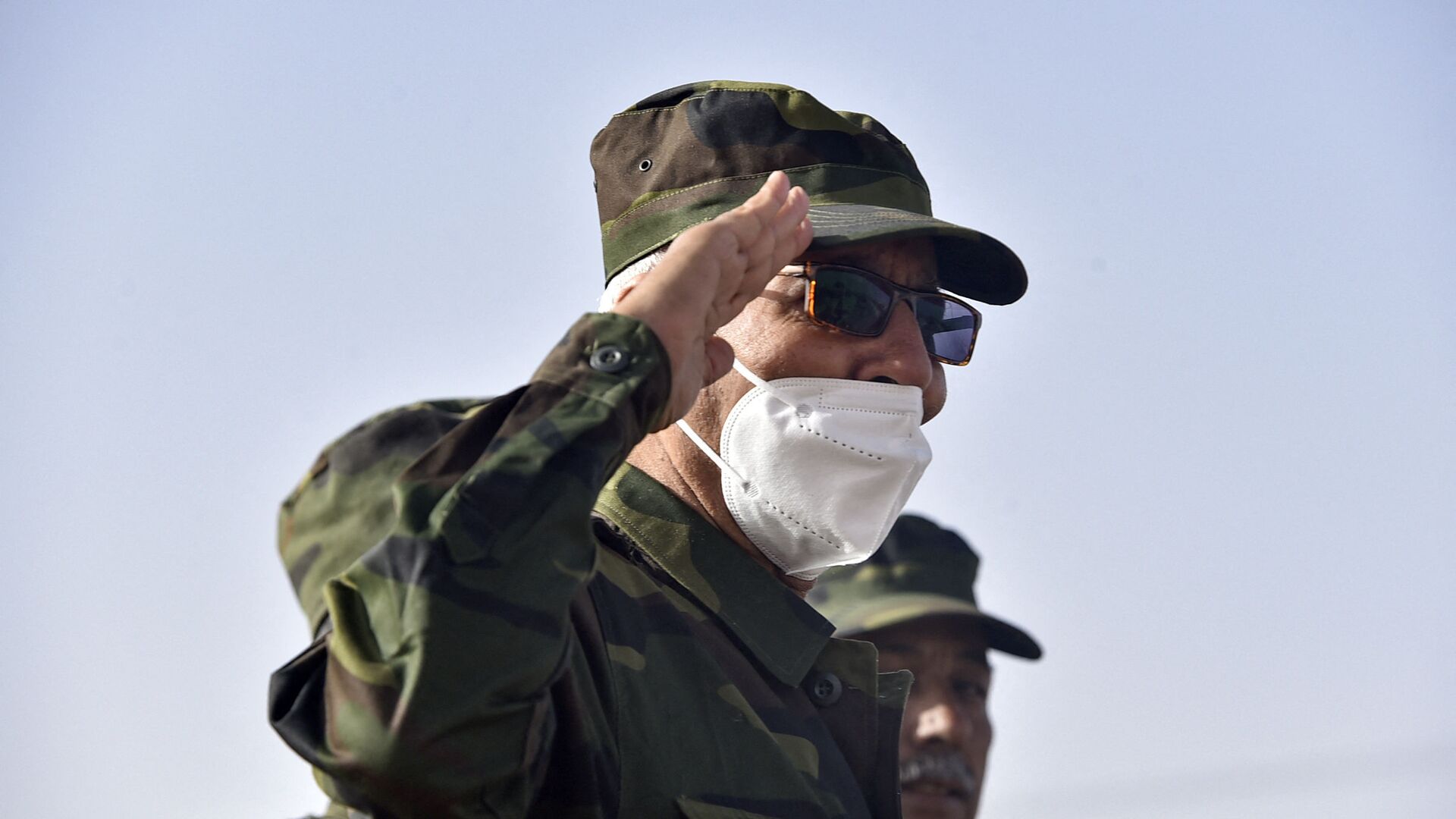 Morgan Artyukhina
All materialsWrite to the author
Spain recently pulled out of massive US Africa Command drills, reportedly due to Madrid objecting to some of the exercises being held in Western Sahara. However, other reports claim Morocco kicked Spain out of the exercises because it had welcomed in Polisario Front secretary-general Brahim Ghali, who Rabat considers a war criminal.

The Polisario Front announced on Tuesday that Ghali had left Spain for Algeria just hours after testifying at the Spanish National Court. He traveled to Spain in April to receive treatment for COVID-19.

Polisario Front spokesperson Jalil Mohamed said late on Tuesday that Ghali had arrived in Algeria "safe and sound," with Spanish daily El Pais reporting he flew out of Pamplona airport. The outlet cited Spanish Foreign Ministry sources, saying that Ghali left using the name he arrived under and that Morocco had been informed "via diplomatic channels" of Ghali's departure. When Ghali arrived in Spain on April 18, he did so using an Algerian passport and the name "Mohamed Ben Battouch." He was admitted on humanitarian grounds and allowed to seek treatment at the San Pedro de Logroño hospital.

Last month, as Ghali was being treated in Logroño, Spain agreed to investigate claims that he had tortured prisoners in Tindouf, a Saharawi refugee camp across the border in Algeria, but tehy only opened the probe after Morocco allowed thousands of refugees to enter the Spanish exclave of Ceuta, which is surrounded by Morocco.

Ghali testified before the Spanish National Court on Tuesday for an investigation into the claims. Judge Santiago Pedraz rejected calls by the prosecution to keep Ghali in pretrial detention, saying he had no evidence supporting suspicion of Ghali and that he was not a flight risk, and that he was free to leave Spain when his recovery from COVID-19 was complete.

Also on Tuesday, El Confidencial reported that an Algerian Air Force Gulfstream 2000 aircraft bound for Agoncillo airport near Logroño had been turned away by Spanish air traffic controllers because it did not have the special permits required to land executive flights there.

The 71-year-old Ghali heads the Popular Front for the Liberation of Saguia el-Hamra and Río de Oro (POLISARIO), which is fighting for an independent Saharawi Arab Democratic Republic in the territory of Western Sahara, which has been occupied by Morocco since 1975. Morocco has claimed the territory as its own, and in December 2020, the Trump administration recognized Morocco's claims in exchange for Rabat normalizing relations with Israel.

Polisario fought a 16-year war with Morocco that resulted in a 1991 peace deal and a promise by the United Nations to hold an independence referendum in Western Sahara. However, that promise has never materialized and in November 2020, Polisario cancelled the peace deal and declared the war was back on after Moroccan forces dispersed a Saharawi protest outside the Guerguerat border crossing to Mauritania.