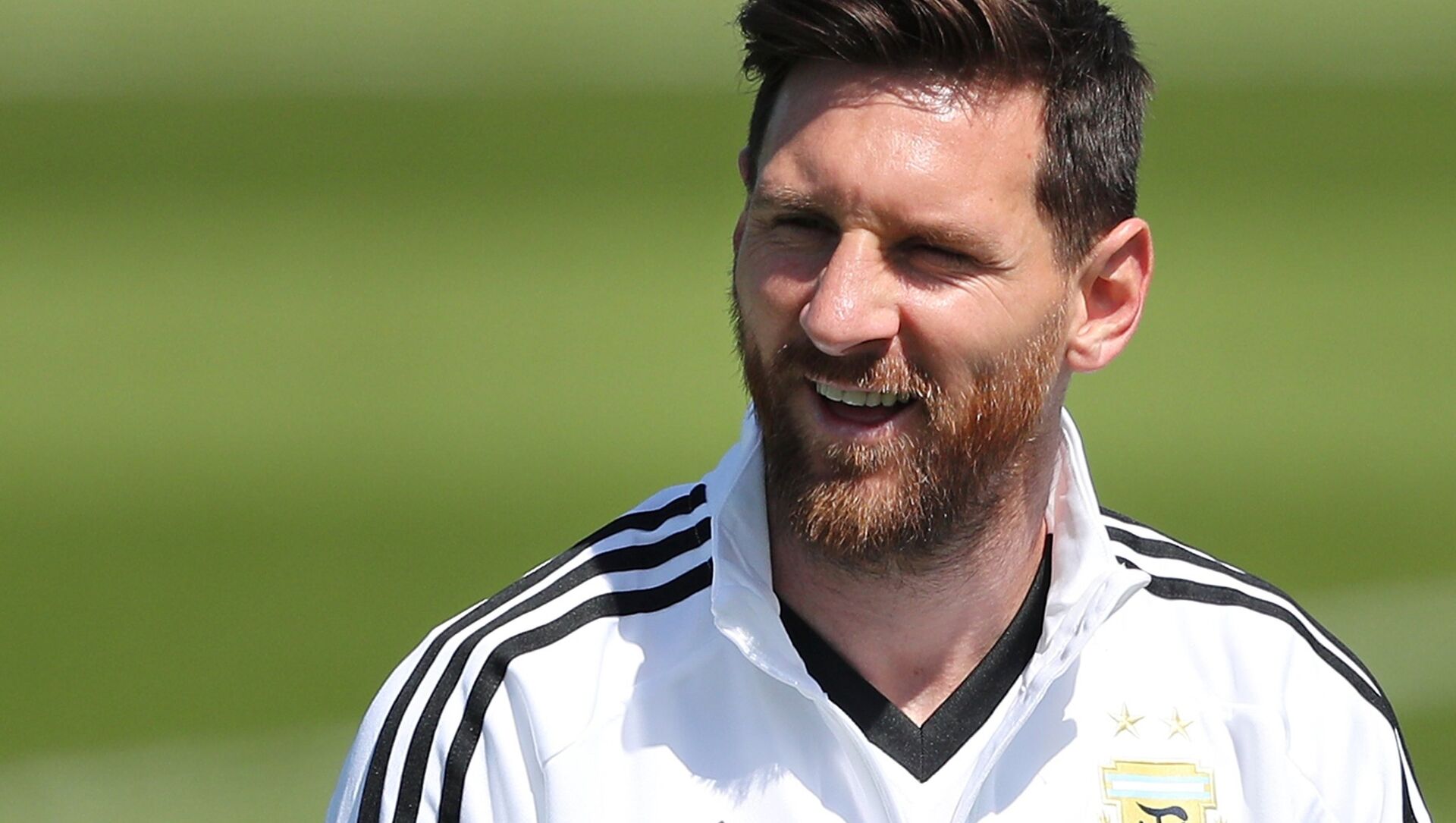 Svetlana Ekimenko
All materialsWrite to the author
Lionel Messi last lifted a trophy for Argentina’s senior national team at the 2019 Superclásico de las Américas, beating arch-rival Brazil in Riyadh 1-0, while major tournaments with the home outfit, such as the World Cup or the Copa America, have eluded the football icon.

Lionel Messi appears to have set his sights on winning the 2021 Copa America with the Argentine national football team.

"I'm very excited and really hungry to do well. In the last Copa America we left a good impression, but we can't just be happy with that,” said the Barcelona forward, who is yet to lift a senior international trophy with his native team, in an interview with the media of the Argentinian Football Association (AFA).

The 2021 Copa America international championship organized by South America's football ruling body CONMEBOL may be Messi’s last chance to score such a win. The tournament will take place in Brazil from 13 June to 10 July 2021.

Brazil was chosen as the hosting venue for the second consecutive time after Colombia and Argentina were stripped of hosting rights for the tournament. CONMEBOL announced the decision on 31 May after it ruled out Argentina amid an increase in COVID-19 cases in the country.

Earlier, Colombia was struck off the list as co-host on 20 May in the wake of wide-spread demonstrations that rocked the nation since April.

CONMEBOL went on Twitter to confirm that the tournament is to be hosted by the defending champions – Brazil – who won the competition in 2019 as hosts.

"I'm very happy to be here with the boys. We're gradually getting together, working hard and preparing for the qualifying games," said Messi in the AFA interview.

Touching upon the last qualifiers, he said while the playing had been good, they were determined to improve.

“We have to try and kept our rhythm back as soon as possible and keep improving… It's always special to be with the national team. We want to win, that's the goal,” said the 33-year old Argentinian.

Looking ahead, the winner of a record six Ballon d'Or awards struck an optimistic note, saying:

"I think we have a very united group, with a very good core that has been worked on since [Lionel] Scaloni arrived, with the boys that he's brought in. We've got a very good group and that's the important thing. It's got to be a very strong group for the challenges that await us."

This comes as Lionel Messi, who during the season made one notable push to exit FC Barcelona, is still due to hit free agency, as no fresh terms have yet been agreed regarding his stay with the Spanish club.

The soccer icon’s contract is set to run out next month, with his future shrouded in speculation since he first said he wanted to leave last August. At the time, he was forced to reconsider after then-president Josep Maria Bartomeu insisted a clause in his contract barred him from leaving on a free transfer.

Both PSG and Manchester City have been linked with signing the forward.

ESPN has reported that Barca president Joan Laporta was working on a two-year deal for Messi, with the option for an additional season.