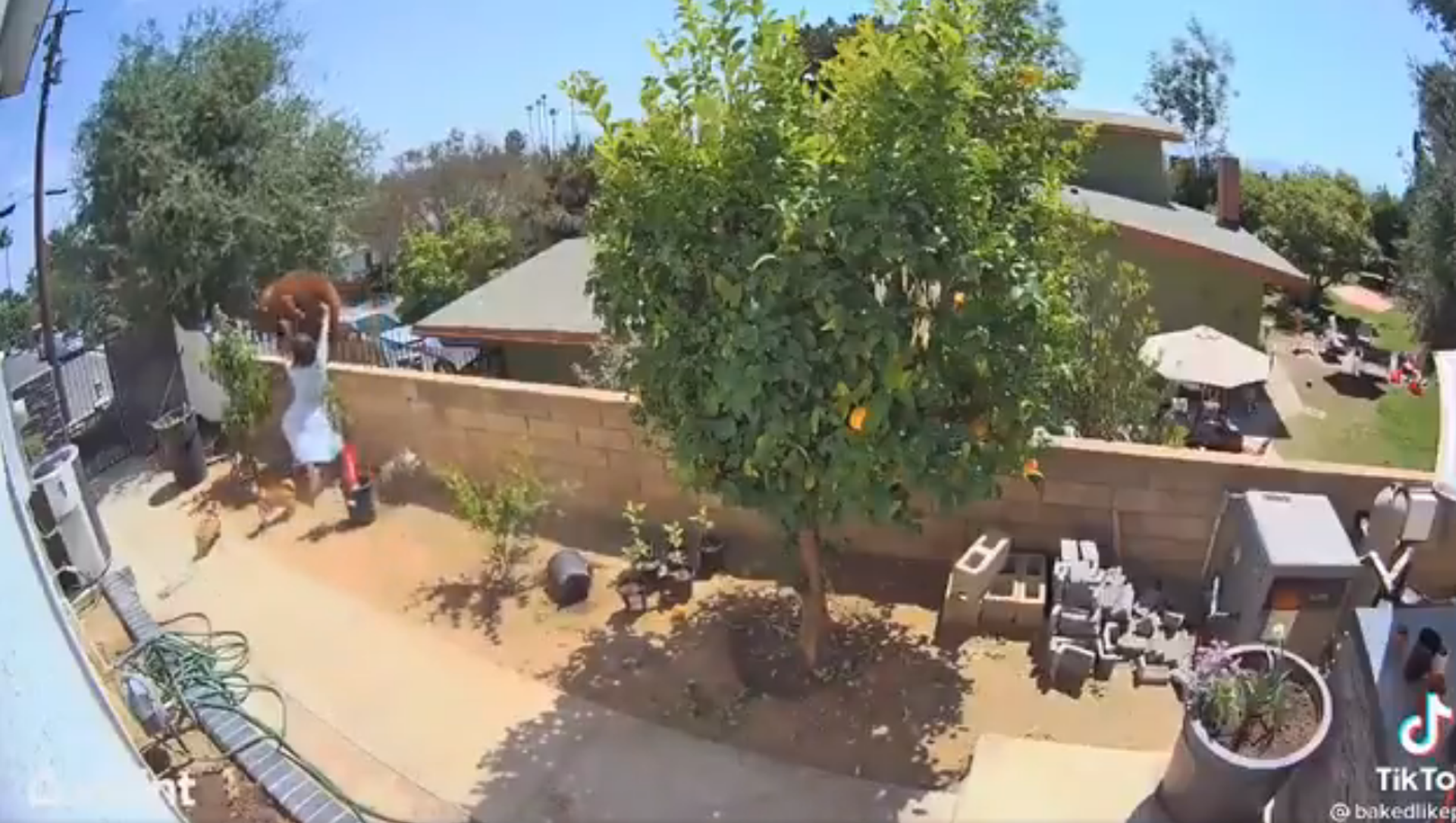 Daria Bedenko
All materialsWrite to the author
For many, pets are like family members: they would not only feed and walk them, but also protect them at all costs, even when it comes to facing a vicious and dangerous rival.

Memorial Day weekend was marked not only by solemn words and commemoration, but also with a viral video of a woman who dared to cross a brown bear that climbed up the fence of her house's garden as several dogs met the animal with barks.

The video, originally shared on TikTok by a user named Bakedlikepie, shows that the uninvited guest who climbed the fence brought some of its cubs with it.

"My cousin Hailey yeeted a bear off her fence today and saved her dogs. How was your Memorial Day?!", the caption to the video says.

A large dog appeared to bark and attempt to bite the bear, who fought back with its paw. The dog was soon joined by the smaller ones, who, however, did not dare to attack.

This is when the woman appears, rushing to the fence and just pushing the bear away from it and grabbing her dogs to carry them away from danger.

​The woman's bravery and audacity has garnered rapture among netizens, with the video receiving over 8 million views and more than 160 likes on TikTok. On other platforms, users actively discussed the video - some even voiced their concern for the bear.

my wife’s reaction: oh my god! Is the bear ok?

I can't stop laughing! Everybody was just protecting there own. Seems like everyone is OK though. But damn adrenaline for sure!

The Mama Bear was defending her cubs, too.

​Others, however, pointed out that the situation was on the verge of being far less entertaining than it seems now that everything ended well.

this could have easily turned nasty because bears are super protective of their cubs and are not afraid of showing aggression. good day for her to count her blessings.

​Many netizens agreed that the situation presented its own lesson.

Two moms, both doing the right thing, and both leaving instead of escalating.