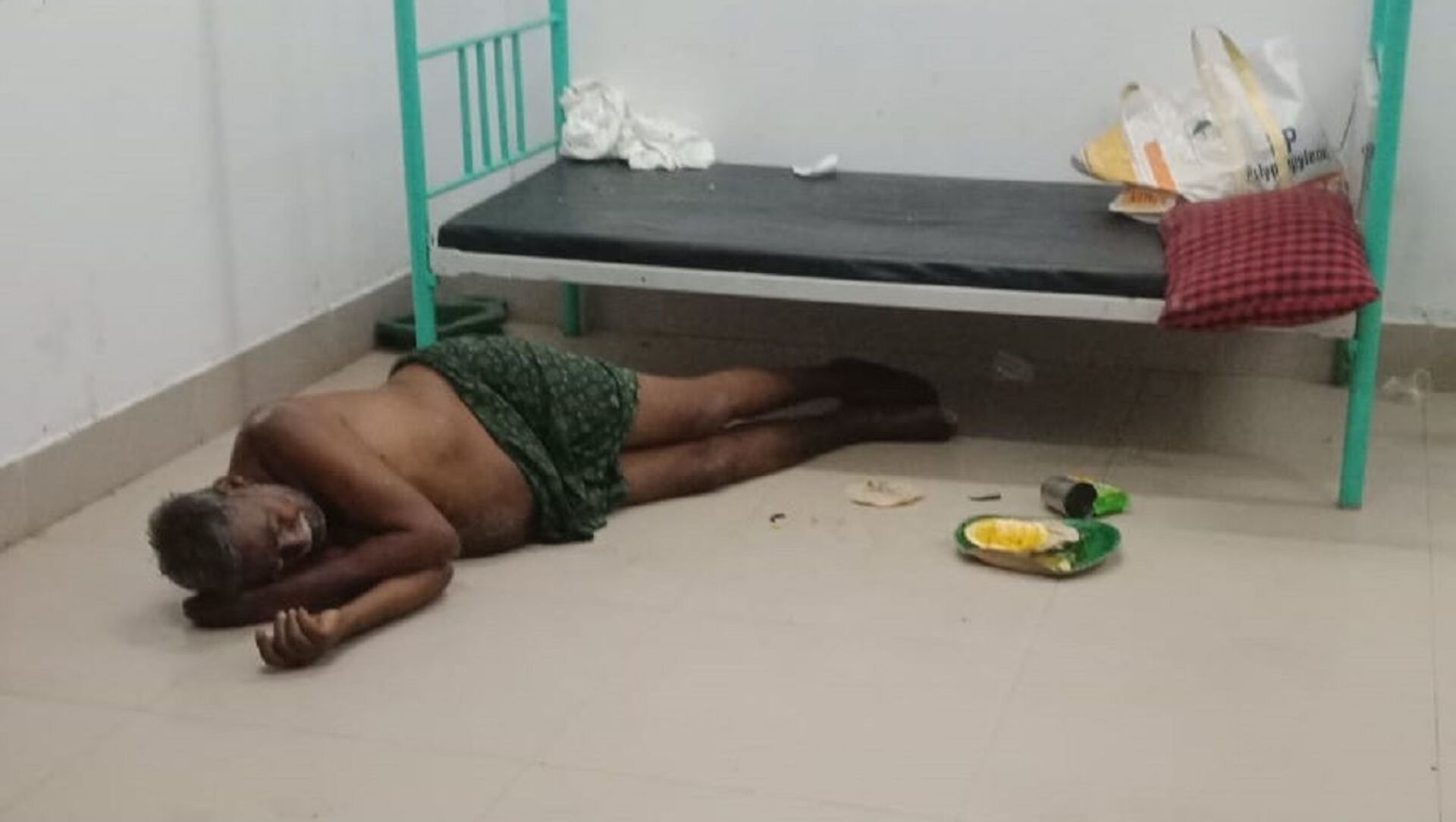 Advitya Bahl
All materialsWrite to the author
Over the past few weeks, India's unpreparedness for the second wave came to light, exposing the nation's inadequate health infrastructure. On a daily basis, the country had been reporting record numbers of Covid-positive cases and deaths.

A probe has been ordered in India's Odisha state after video clips and photos of some patients lying naked on a Covid hospital's floor and washroom went viral on social media.

Speaking to Sputnik on Tuesday, District Magistrate of Mayurbhanj, Vineet Bhardwaj, stated that a video and some photos of the Kalinga Institute of Medical Sciences (KIMS), a Covid hospital where patients were lying naked on the floor went viral on social media.

"I have ordered an immediate inquiry in the matter. A high-level investigation is underway," he said.

He further mentioned that there were allegations of medical negligence and a lack of essentials at the hospital including, staff and the oxygen supply.

"A team of senior officials inspected and reviewed the arrangements at the hospital. A report will be submitted soon in this regard," Bhardwaj said.

In the video and photos that went viral on social media, patients can be seen lying under a washbasin, while are some near the toilet and some are lying naked on the floor.

Over the last two months, Indians have witnessed a crippling shortage of hospital beds, oxygen, medicine and even burial and cremation grounds -- after the second wave of COVID struck the nation.

Several incidents of ambulances queuing up outside hospitals, bodies piling up outside crematoriums and graveyards for hours and the basic medical facilities seemingly crumbling in parts of the country due to a lack of hospital beds and ventilators have been reported for days.

According to federal Health and Family Welfare Ministry, the country reported its lowest daily rise in new Covid cases since 8 April at 127,510 cases over the past 24 hours, while deaths increased by 2,795.