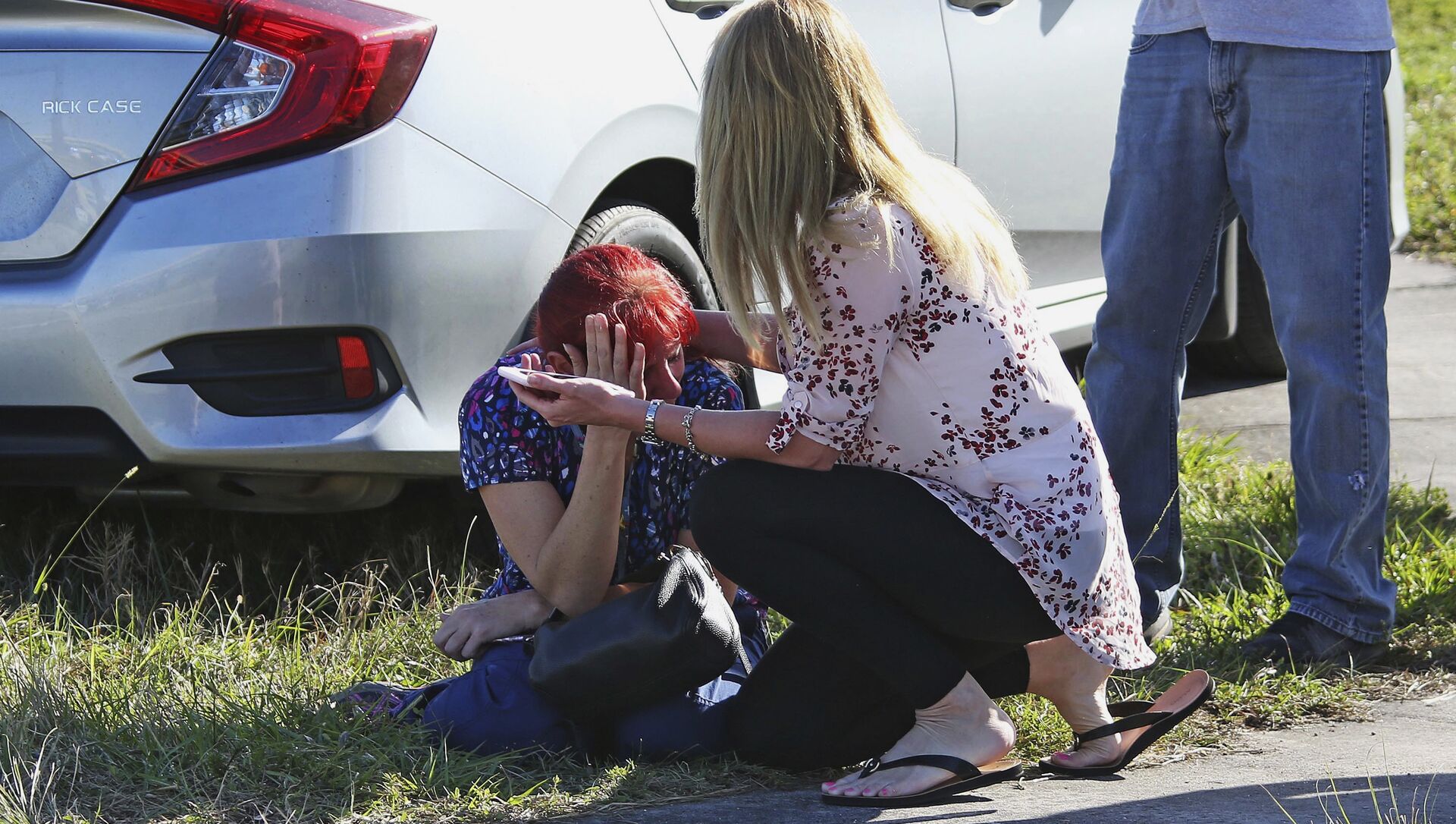 Oliver's son, Joaquin, 17, was one of the victims of the shooting that took place at Stoneman Douglas High School in Parkland, Florida in February 2018. Seventeen people were killed and seventeen others were wounded back then, making it the deadliest high school shooting in the country’s history. Together with his wife, Patricia, Manuel founded Change The Ref organization in memory of their son to prevent future tragedies like the Stoneman Douglas High School tragedy.

Biden Calls For Reforms on Gun Control, Marking Parkland Shooting Anniversary
Mass shootings across the country reignited the debate over gun control measures in the US. President Joe Biden has been promising harsh actions to curb the massive spread of gun violence in the country since his inauguration. Despite this, gun sales jumped sharply during early 2020 pandemic and continue to increase. Some 39% of US households are in possession of guns now, an increase from 32% in 2016.

"I don’t see real intentions of solving the problem from Capitol Hill. Instead, I see a debate that became part of a 'normal way' of society. America has accepted Gun Violence as part of our identity and tradition, to the point that in some cases people feel proud of it," Oliver said.

The proposed actions by Biden will help "once they move forward," Oliver believes.

"America has a cultural problem and changing that perspective of association between guns and freedom will take more time," he added.

Now, amid the reignited discussions on gun control, the whole conversation on limiting guns is likely to meet the opposition of the pro-gun activists, Oliver believes.

In April, the White House unveiled the steps to address gun violence, including stopping the proliferation of ghost guns, red-flag legislation, and comprehensive report on gun trafficking. The president has recently urged the Congress to take immediate action to end the epidemic of gun violence.