Denmark Reconsidering Dropped AZ, J&J Jabs to Get Vaccination Programme Back on Track 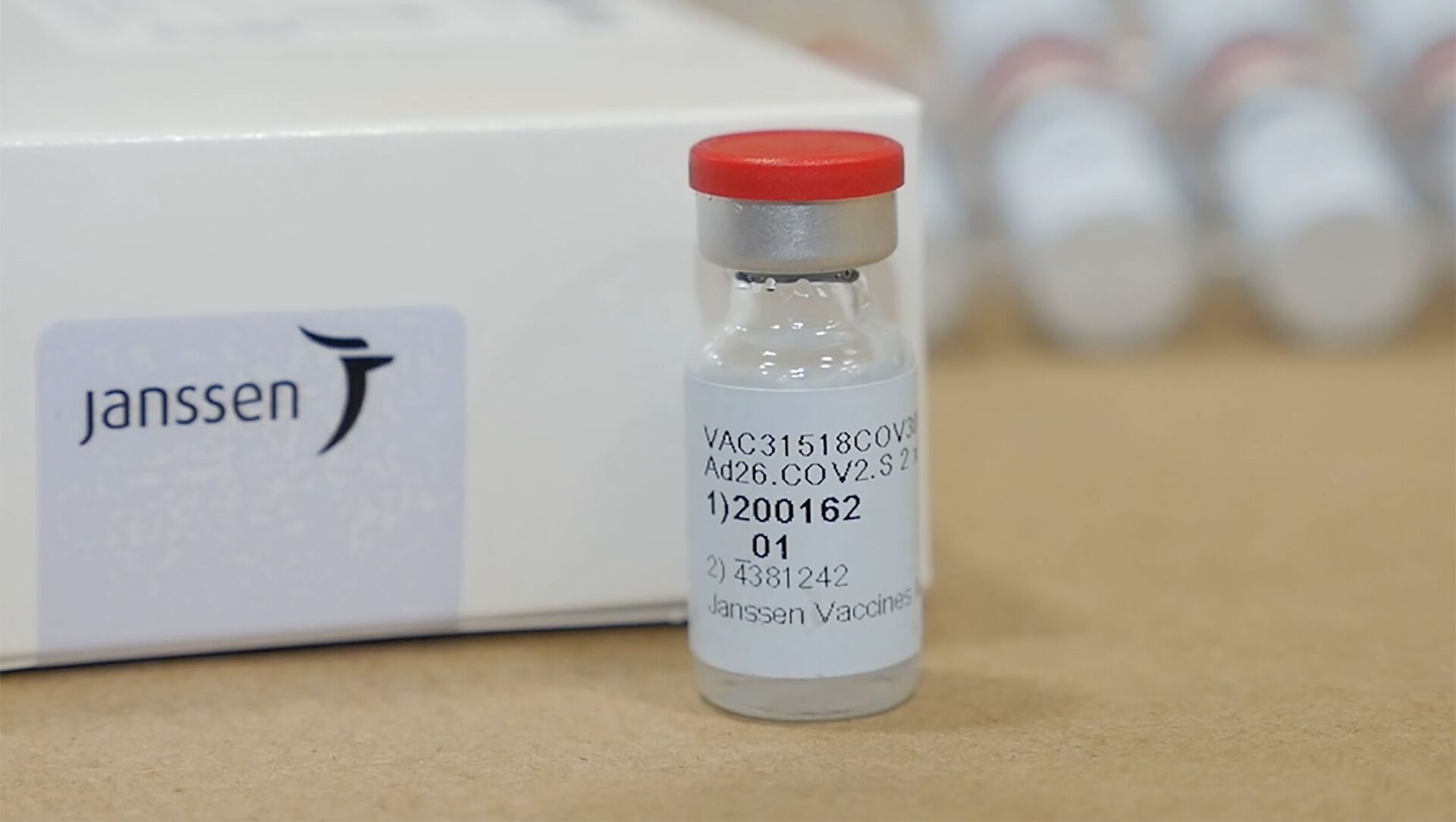 © REUTERS / JOHNSON & JOHNSON
Subscribe
International
India
Africa
Igor Kuznetsov
All materials
After blazing the trail in ditching the AstraZeneca and the Johnson & Johnson shots from its vaccination programme, Denmark appears to be having second thoughts, amid inoculation delays.

The Danish government has urged the country's health authority to reconsider rulings against two of the previously discarded COVID-19 vaccines to keep its inoculation process on schedule, TV2 reported.

Barely several weeks ago, Denmark became the first country in the world to abandon the AstraZeneca vaccine, followed by the Johnson & Johnson jab. This was done over concerns about rare, yet severe and potentially lethal side-effects of blood clotting and haemorrhage amid low platelet counts. The health authorities not only emphasised the side effects and associated concerns but claimed that the epidemic was under control and cited sufficient supplies of the other approved vaccines, Pfizer/BioNtech and Moderna.

However, the Danish authorities subsequently ran into difficulties in securing the shipments of replacement Moderna vaccines from the US, which challenged previous intentions to get the entire nation vaccinated by September and prompted a revision of plans.

Excluding the Johnson & Johnson vaccine alone, which accounts for around a third of Denmark's total contracted supplies of COVID-19 shots, set back the country's vaccination schedule up to four weeks, the health authority warned.

It is in the context of delays and growing uncertainty about the viability of the current timetable that the government has asked the health authority to reconsider, according to Health Minister Magnus Heunicke.

“We are now further into the epidemic and the vaccines from Johnson & Johnson and AstraZeneca have now been in use in Europe for some time,” Heunicke said, citing a “larger database worldwide” to asses their effects. According to Heunicke, this makes it “relevant” to reconsider the previous decision.

The Danish health authority dropped AstraZeneca from the country’s vaccination programme in mid-April, while subsequently doing to same to Johnson & Johnson in early May. However, on 20 May, the restrictions were loosened and voluntary inoculation was allowed for takers.

So far, Denmark has vaccinated 21 percent of its 5.8-million-strong population.

As of now, there are discordant accounts within the scientific community. Whereas Norway's National Institute of Public Health (FHI) concluded in late April that the risk of dying from AstraZeneca's shot is greater than from contracting COVID-19, a joint Danish-Norwegian study later in May concluded that the benefits of vaccination with AstraZeneca outweigh the risks.