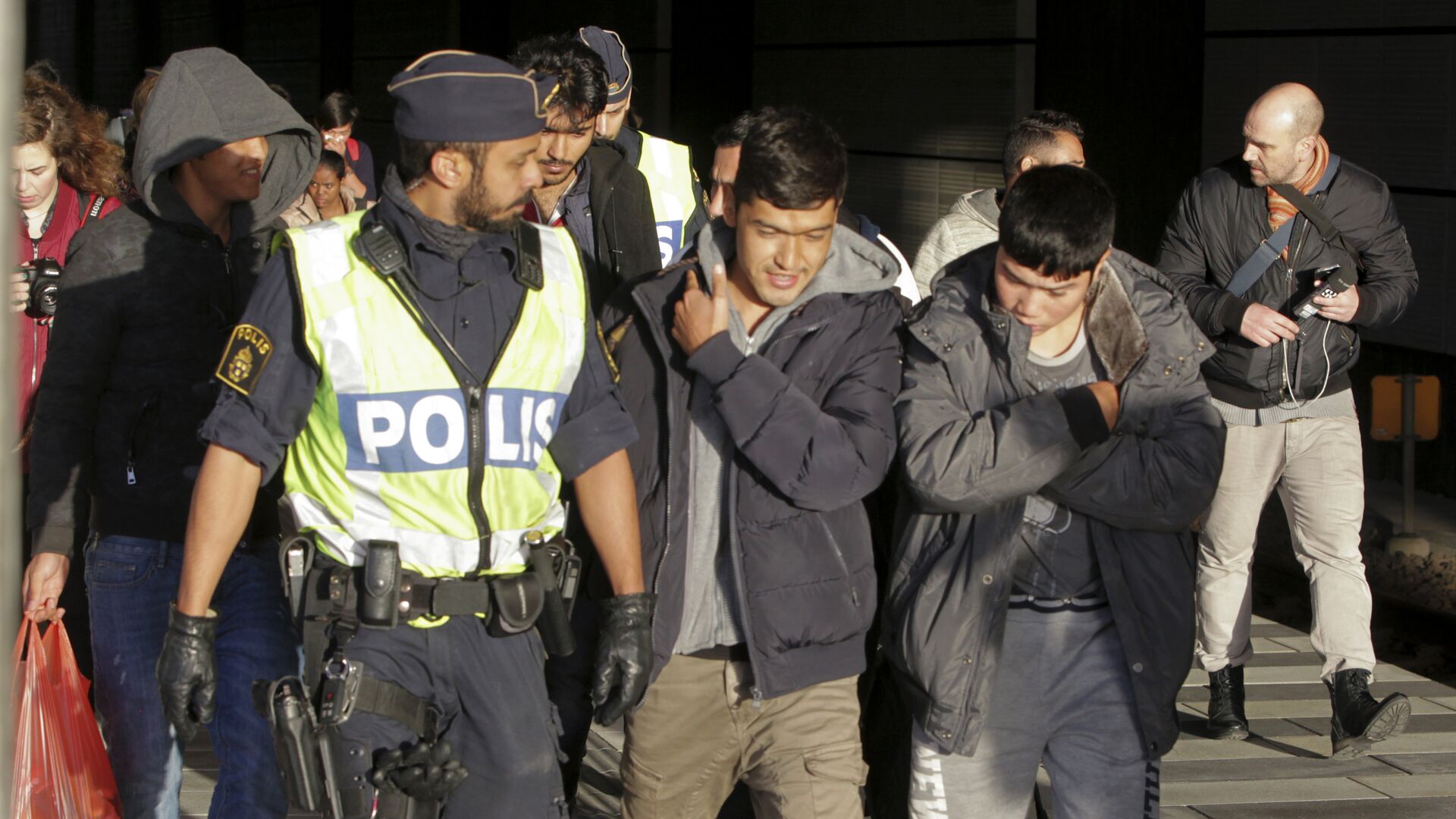 Igor Kuznetsov
All materials
Those slated for deportation, including criminal aliens, make use of a loophole in which taking the COVID test, which is demanded by the host country, is voluntary.

Expulsions of rejected immigrants and criminal aliens in Sweden have nearly come to a halt due to current COVID-19 routines. Apparently a deportee's refusal to take a test throws a wrench into the system.

According to the Swedish police's national operational department, Noa, about nine in of ten deportees refuse to be tested for COVID-19 and are able to stop their own deportation, the newspaper Expressen reported.

The background is that most recipient countries require a negative PCR test for entry. According to Swedish law, the test is voluntary and cannot be enforced.

'Europe's Chicago': Sweden Outguns Rest of EU in Deadly Shootings
Those who have been in custody long enough must eventually be released if they continue to refuse to get tested, Mikael Holmgren, acting head of the Border Police Section in Region West warned earlier in May. Then they can simply “disappear”, which includes people who have committed serious crimes such as murder and rape.

Given the dead-end situation, the liberal-conservative Moderate Party now wants to change the law so that people slated for deportation can be forcibly tested.

“We risk losing control of who gets to stay in the country. It is also clear that we risk eroding people's trust,” the party's immigration spokesperson Maria Malmer Stenergard told the newspaper Expressen.

On Facebook, they launched a campaign under the motto “A no is a no”, calling the current system “a great betrayal of the victims” and cautioning that and it “loosens up regulated immigration”.

However, Justice Minister Morgan Johansson of the Social Democrats called compulsory testing earlier in May a “very far-reaching measure” which he is “not prepared to consider”.

In 2019, the Swedish Migration Board sealed 17,896 return cases. Of these, 47 percent returned voluntarily while 43 percent were handed over to the police. This is done if the person in question has avoided deportation or coercion is ruled to be necessary to carry out the deportation.