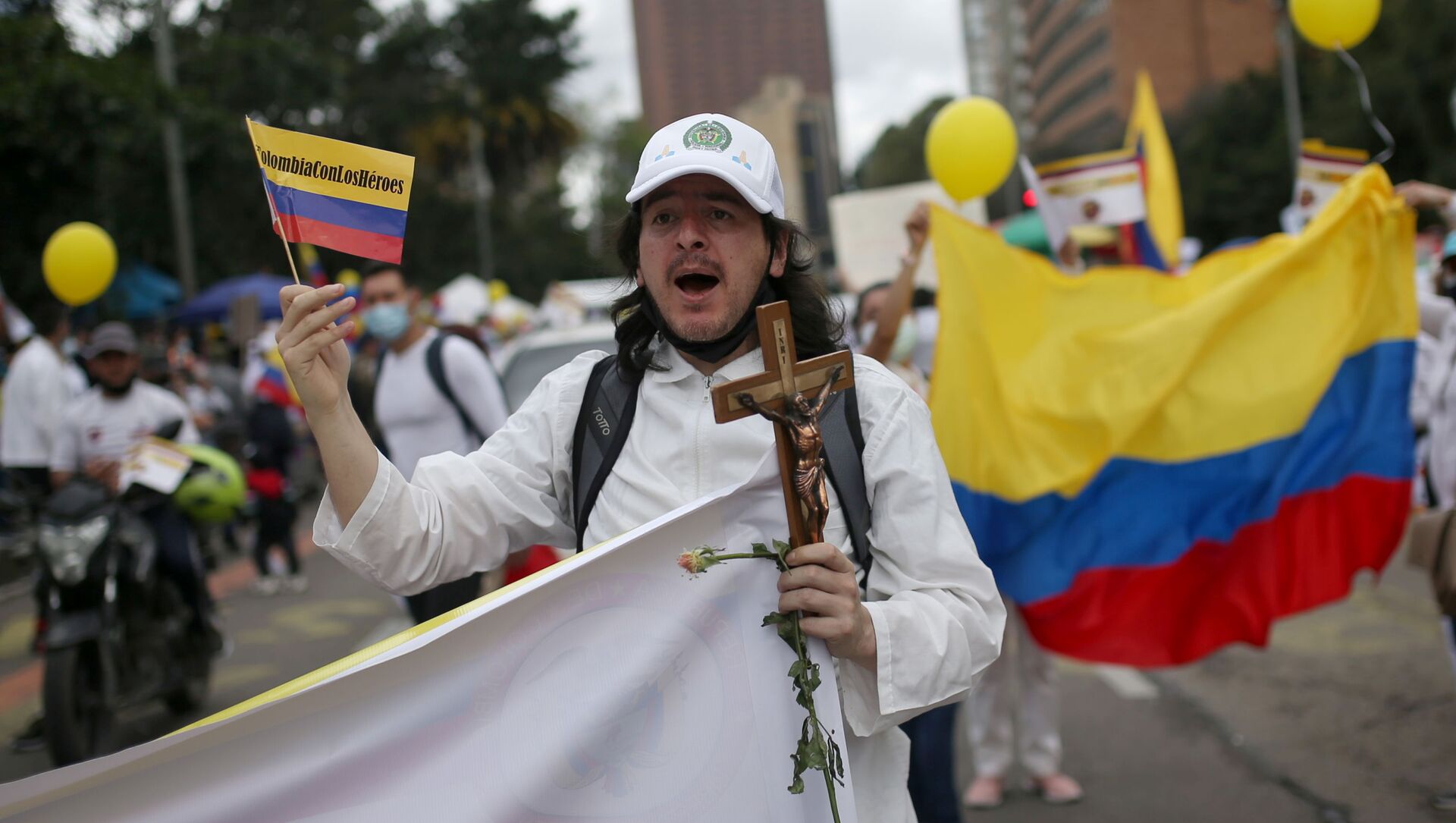 MOSCOW (Sputnik) - Thousands of people have participated in a silent march in Colombia’s capital, Bogota, to demand an end to violence during ongoing protests, the Colombian El Espectador newspaper reports.

The march was held on Sunday, with participants expressing support for police and condemning the acts of vandalism and road blocking during the nation-wide protests.

According to El Espectador, the first "silent march" was held in the Colombian city of Cali, which has been the epicenter of protests against tax hikes.

On Saturday, Colombian President Ivan Duque ordered the deployment of army units to eight of the country’s departments amid ongoing protests, in order to unblock roads.

Workers’ strikes and public protests started in Colombia in April, with people walking out against the so-called Sustainable Solidarity Law, a now-shelved tax reform bill that trade unions warned would lead to at least 1.5 million workers having to pay new taxes.

At the start of May, Duque asked Congress to withdraw the draft tax reform and urgently discuss a new one amid nationwide protests.

A governmental commission led by Duque held a meeting with National Unemployment Committee (CNP) representatives earlier in May, however, no agreement was reached and protests continue in Colombia.

UN spokesman Faran Haq said during a press briefing on Friday that the protests and roadblocks are preventing critical supply from being transported throughout the country's cities.