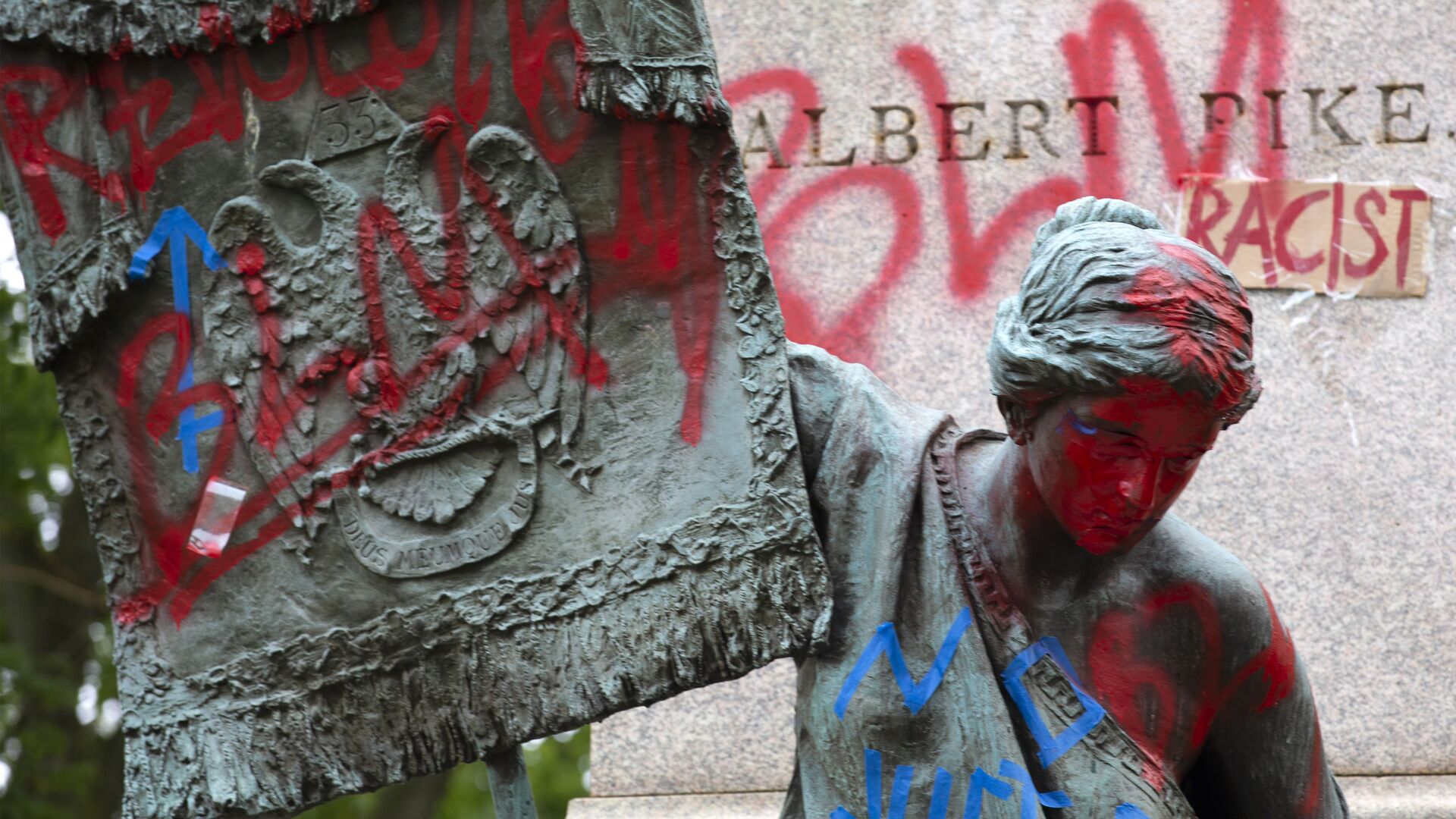 Ekaterina Blinova
All materialsWrite to the author
Last week, Andrew Gutmann, the father of a student at a New York City private, wrote an op-ed for The Hill, lamenting "the explosive adoption of critical race theory" throughout the United States. What's behind the problem and why does it trigger so much controversy in the country?

Critical race theory (CRT) is increasingly influencing the nation's education, according to Andrew Gutmann, a father from New York whose open letter to the Brearley School went viral last month. He refers to thousands of letters from parents expressing devastation over their kids, some as young as five years old, being taught to feel guilty solely because of their skin colour. Arguing that an "anti-racist" education stokes division in American society, Gutmann notes that it's not only conservatives raising the alarm about the CRT but also self-described Democrats and liberals.

CRT is an intellectual movement which originated in the 1960s and 1970s and based on the premise that race is not a natural and biologically grounded feature but a socially constructed category used to oppress and exploit people of colour.

According to CRT, the law and legal institutions in the United States are "inherently racist" and function to create and maintain social, economic, and political inequalities between whites and non-whites, most notably African Americans.

Over the past decades the theory has proliferated from academia to school systems, government structures, media, and the corporate world, gaining momentum during last summer's 2020 George Floyd protests.

Prior to this, in August 2019, The New York Times Magazine launched "The 1619 Project" commemorating the 400th anniversary of the beginning of American slavery, claiming that "no aspect of the [United States] has been untouched by the years of slavery that followed." 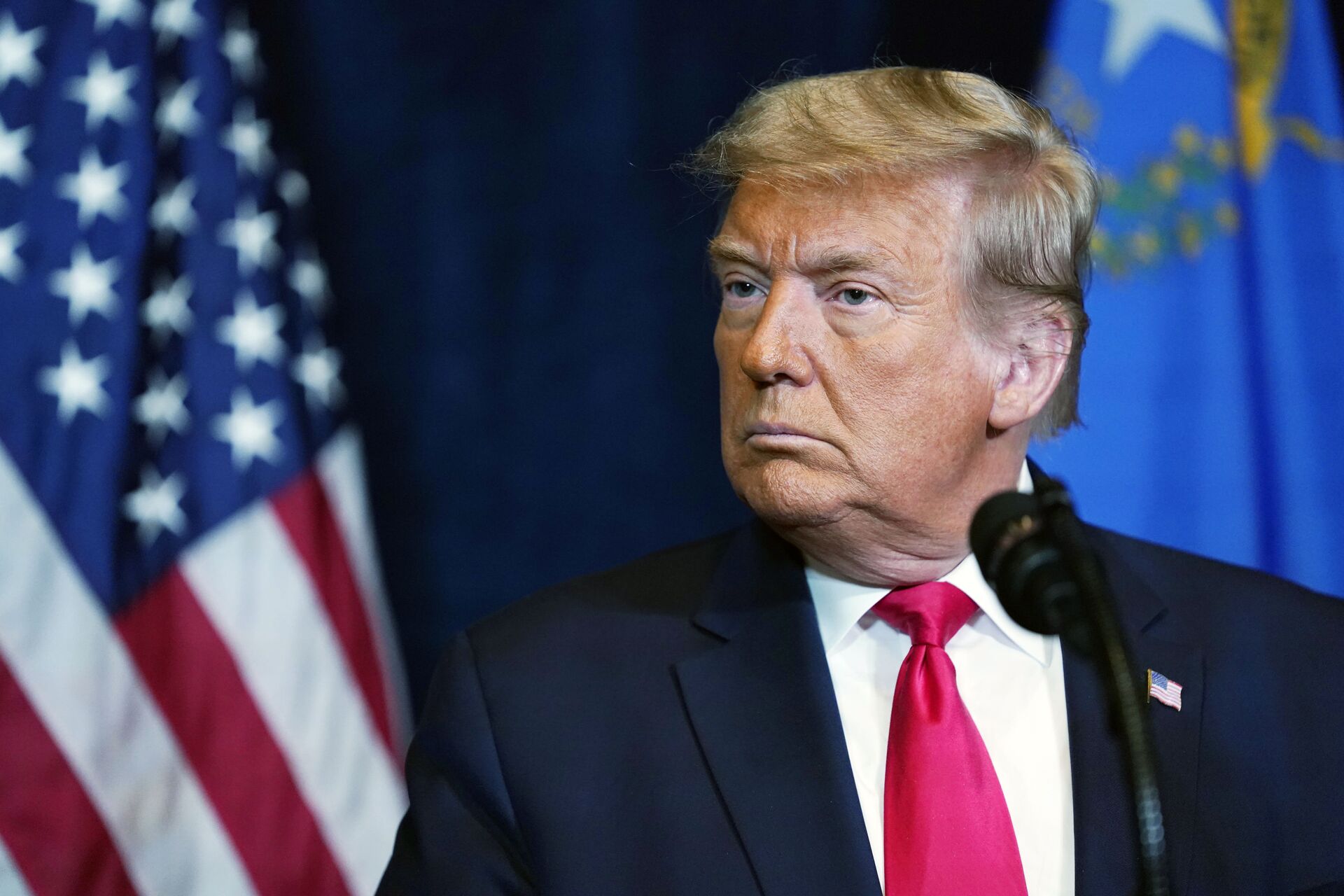 Former President Donald Trump repeatedly lambasted CRT as "malign ideology." In September 2020 he banned the federal government and its contractors and subcontractors from instructing their employees to follow CRT tenets based on "systemic racism," "white privilege," and "white fragility." Simultaneously, in an apparent response to the 1619 project, the ex-president established the 1776 Commission to support patriotic education.

On 18 January 2021, the Commission issued the 1776 Report calling for an "accurate, honest, unifying, inspiring, and ennobling" narrative about America's past and drawing attention to the fact that the date of the US' true founding was 1776 – not 1619 as critical race theorists say.

On 19 April 2021, the Biden administration proposed new priority criteria for a $5.3 million American History and Civics Education grant, including materials for K-12 schools, citing the "1619 Project" and critical race theorist Ibram X. Kendi's ideas as examples of content to be taught. 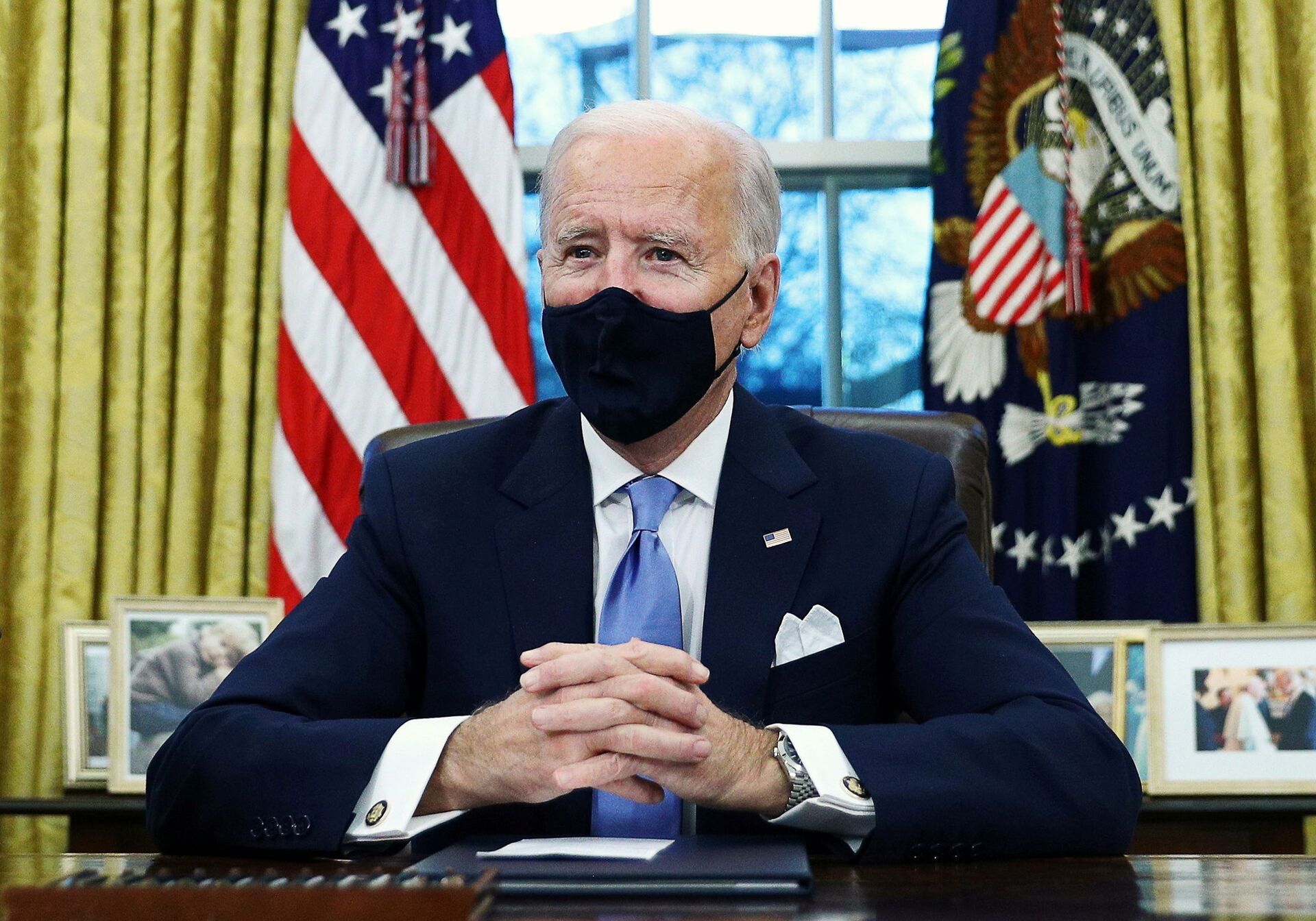 U.S. President Joe Biden signs executive orders in the Oval Office of the White House in Washington, after his inauguration as the 46th President of the United States, U.S., January 20, 2021. REUTERS/Tom Brenner
© AP Photo / TOM BRENNER

Critical Race Theory in US Schools

While Biden Executive Order 13985 calls for overcoming "exacerbated inequities" and "systemic racism," CRT does not help much to achieve these objectives as it promotes "new racism" instead of the old one, argue conservative scholars. 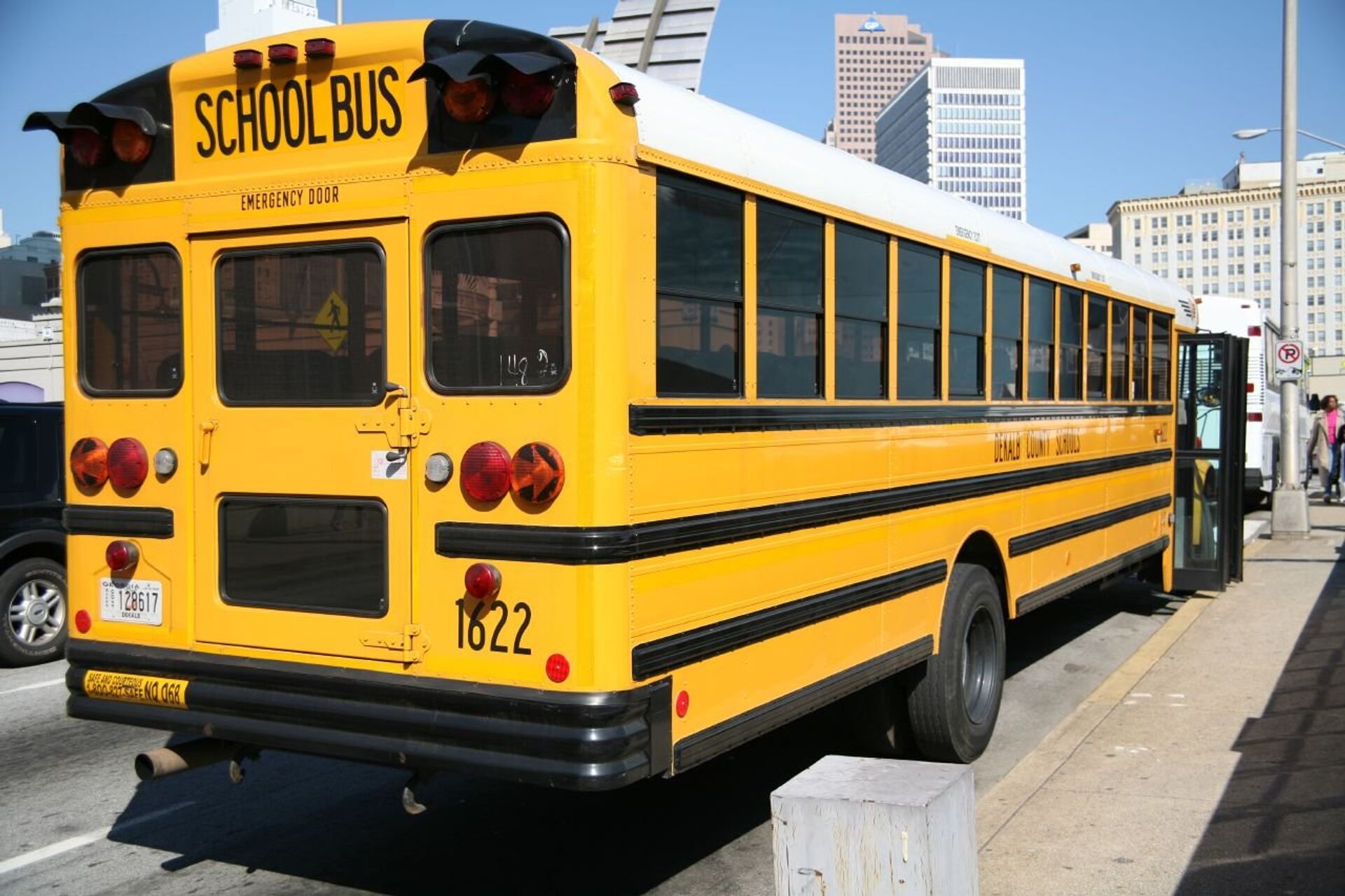 In some cases CRT reaches the ultimate stage of absurdity, conservative observers say, citing, in particular, the case of a mixed-race boy who filed a lawsuit against a public charter school in Las Vegas Nevada over discrimination on the basis of race. Due his light skin and green eyes, the mixed-race schoolboy was identified as a "white oppressor" in a critical race theory class and forced to "unlearn" his Judeo-Christian beliefs.

The theory also influences other subjects in the curriculum: in April, Virginia parents and school board members raised concerns about the Virginia Department of Education's (VDOE) plan to lower learning standards for maths, to give black, brown, and Latino students a leg up.

However, it is not the only state pushing the initiative as California and Oregon were spotted advertising an "Equitable Maths" tool kit which lambasts "harmful" and "racist" practices such as focusing on getting the "right" answer; requiring students to "show their work"; and valuing independent practice over teamwork or collaboration. 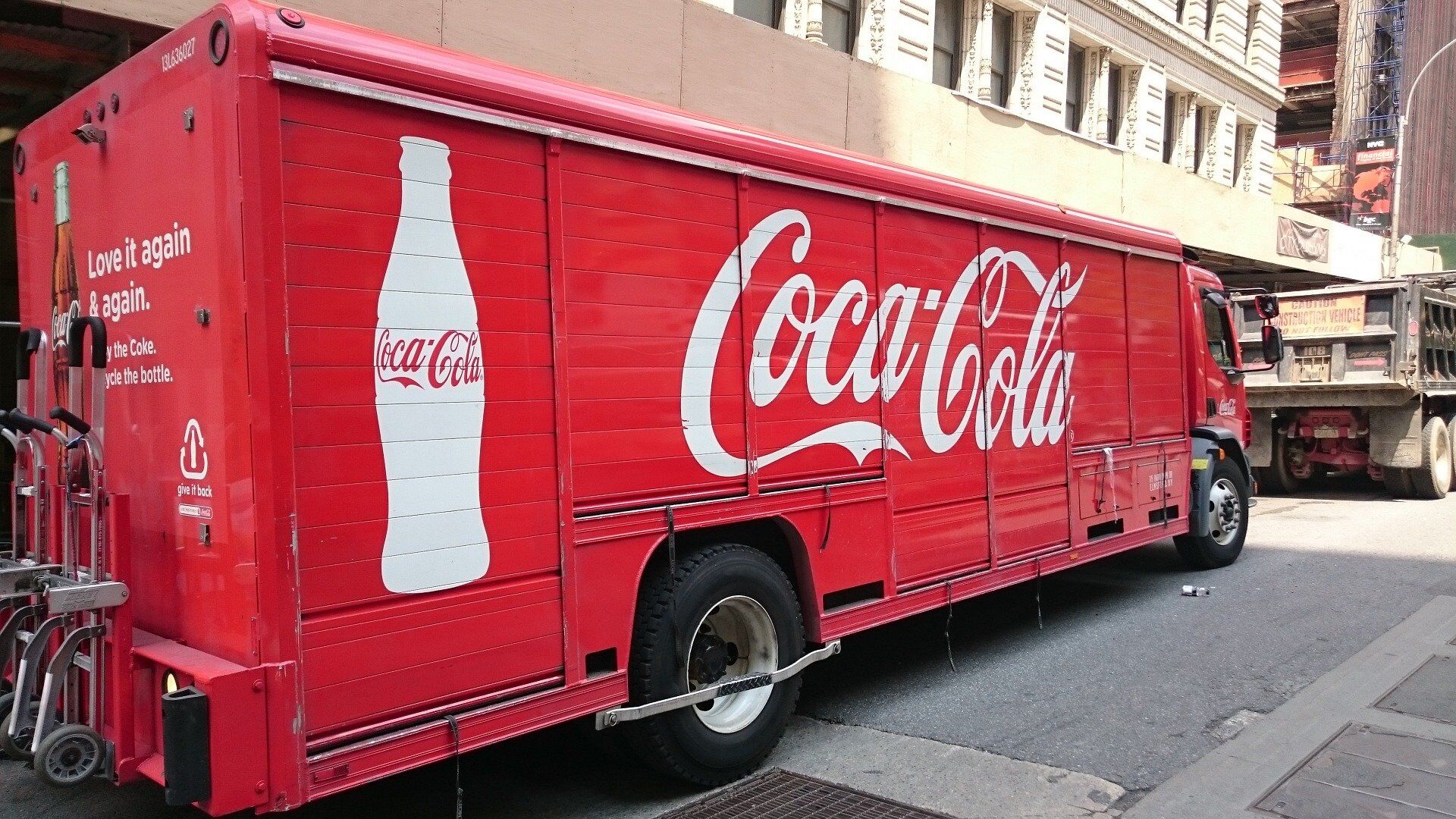 Employees Instructed to 'Try to be Less White'

Big corporations and government institutions appear to have been increasingly employing the critical race theory too. In February 2021, an alleged Coca Cola whistleblower released images allegedly showing the company's training on how to be "less white."

"In the US and other Western nations, white people are socialised to feel that they are inherently superior because they are white," one of the slides said, adding: "Try to be less white."

The CEOs' strategy was focused on six key areas: health, education, finance, employment, housing, and the justice system. According to Business Insider, the initiative came in the aftermath of then President Trump's CRT ban.

The same month, Christopher F. Rufo, a contributing editor of City Journal, described a series of "diversity trainings" for the US Treasury Department and federal financial agencies which was centred on the problem of "white supremacy" and "white privilege." The trainer, Howard Ross, particularly instructed managers to conduct "listening sessions" in which black employees could speak about their experience, while white employees were instructed to "sit in the discomfort" and not "fill the silence with [their] own thoughts and feelings."

"Trump is right. Training sessions for government employees amounted to political indoctrination," insisted Rufo in an op-ed for The Wall Street Journal. 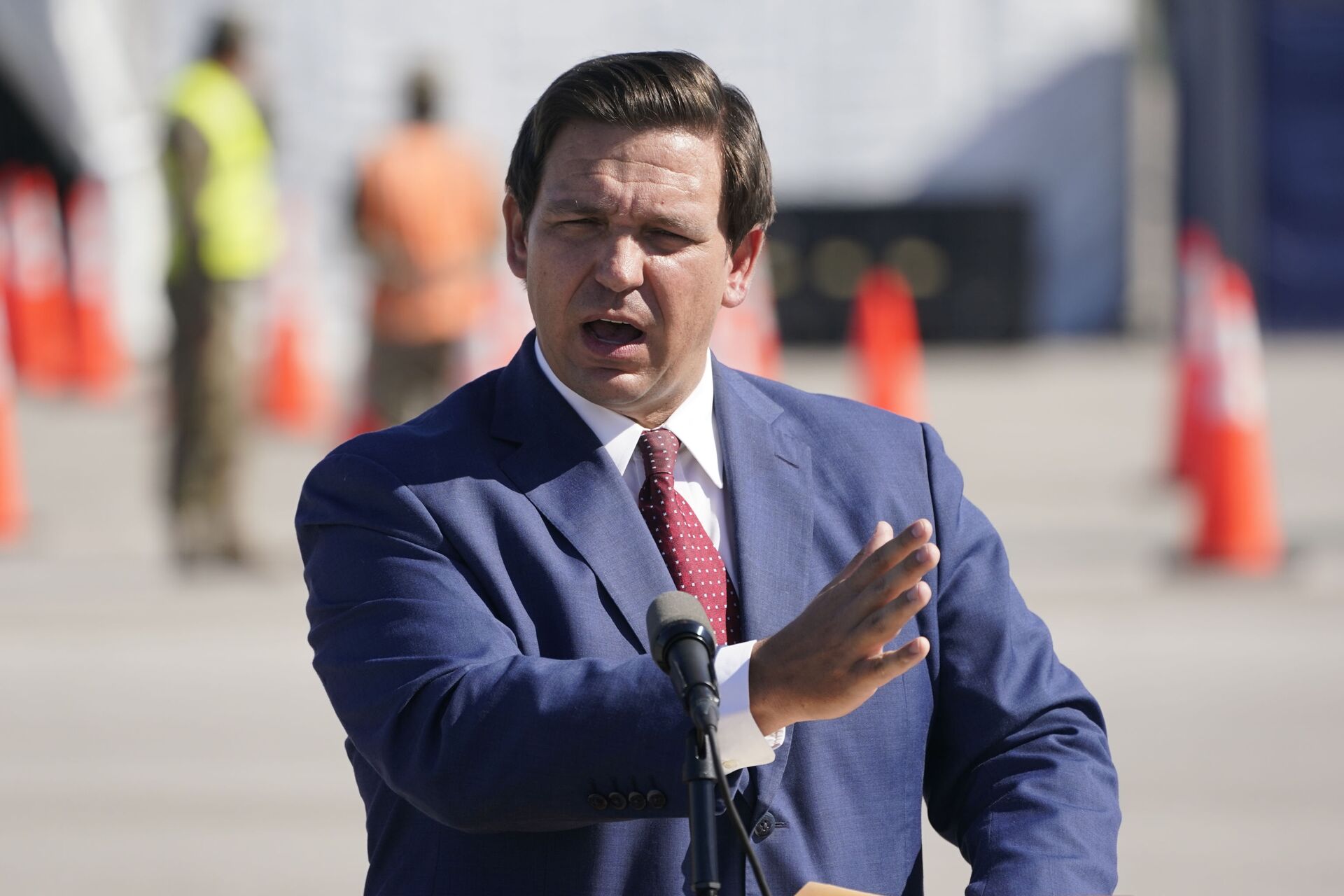 Following Biden's win, a number of GOP governors have taken steps to crack down on critical race theory in schools and government institutions. Though the bills do not specifically name CRT, they are targeting the theory's wide-discussed claims, such as that "an individual, by virtue of his or her race or sex, is inherently racist, sexist, or oppressive, whether consciously or unconsciously."

Governors of Tennessee, Idaho, Arkansas, and Oklahoma have already inked anti-CRT bills into laws, while in Texas, Arizona, and Iowa, similar pieces of legislation are due to be signed by their governors, according to The Epoch Times.

Florida Governor Ron DeSantis is also seeking to restrict CRT from civic curricular: "There is no room in classrooms for things like critical race theory," DeSantis said earlier this month unveiling a system of bonuses for teachers who get credentialed in teaching civics.

"Do we really want to make skin colour the defining feature of America, or do we want to return to the colourblind dreams of our storied civil rights leaders, and to the true inclusiveness for which they preached?" writes New Yorker Andrew Gutmann in his op-ed for The Hill. "I know where I stand on these questions. But what do you say, America?"