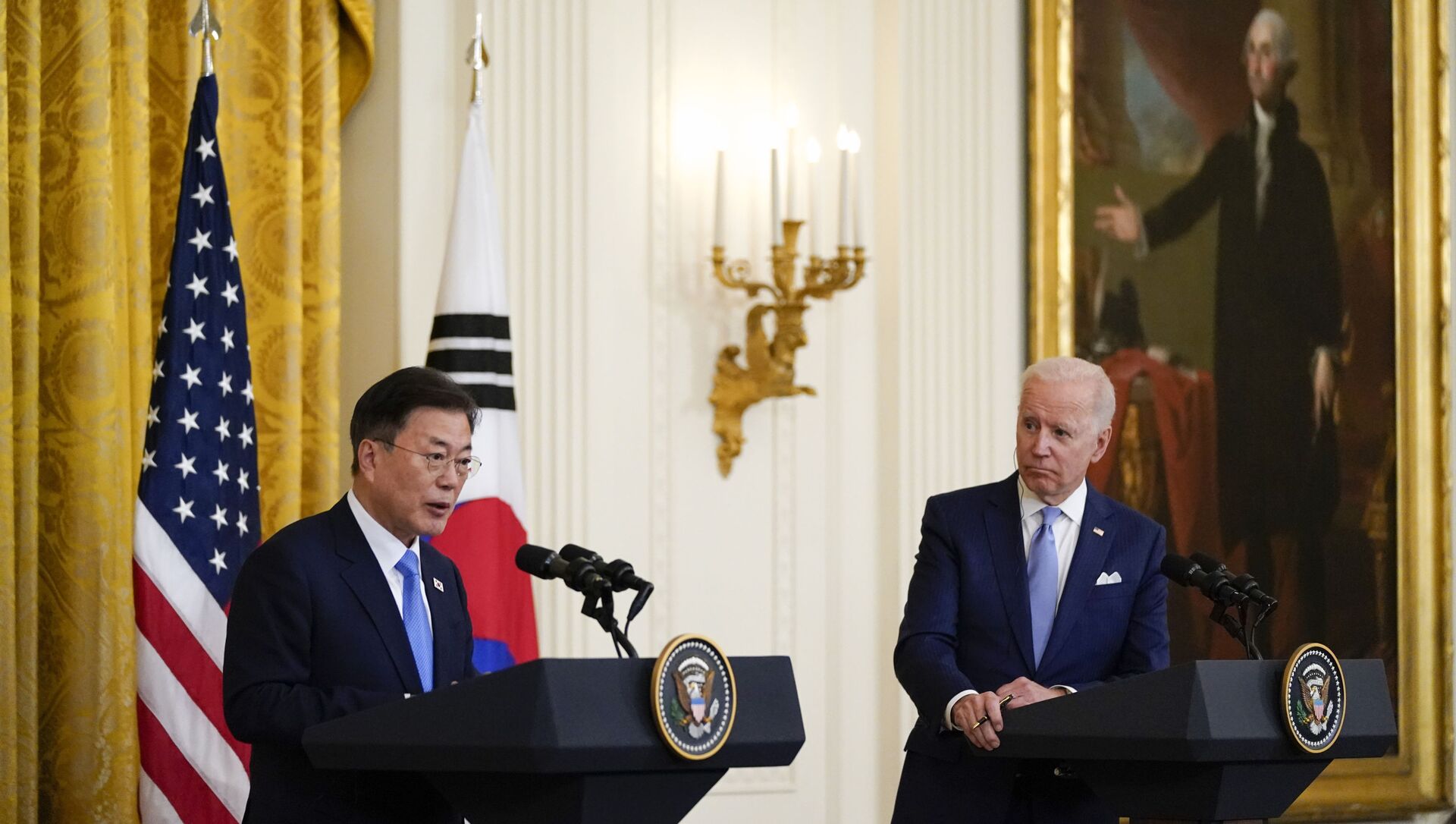 Kirill Kurevlev
Correspondent
All materialsWrite to the author
During their May 21 meeting in Washington, DC, South Korean President Moon Jae In and US President Joe Biden agreed to lift the guidance on Seoul's use of missiles, which implied restrictions on the development and use of missiles with a range of more than 800 kilometers.

The lifting of US-imposed missile guidelines from South Korea is a clear manifestation of its hostile policy against the DPRK and is aimed at increasing the arms race and tensions in the region, according to the North Korean Central News Agency (KCNA).

"It is an apparently deliberate and hostile act that the US lifted the firing range limit, not content with the removal of the warhead weight limit through the approval of several revised 'missile guidelines'," said international politics columnist Kim Myong Chol on Monday. "The termination of the 'missile guidelines' clearly shows who is behind the escalation of tension on the Korean peninsula."

The KCNA columnist added that the US, by lifting the restrictions, is seeking to intensify the arms race on the Korean Peninsula and adjacent territories and thus wants to impede the development of the Democratic People's Republic of Korea (DPRK).

"The US, doggedly branding the measures taken by the DPRK for self-defence as violations of UN 'resolutions', grants its allies unlimited rights to missile development. It is engrossed in confrontation despite its lip-service to dialogue," Myong Chol continued. "The termination step is a stark reminder of the US hostile policy toward the DPRK and its shameful double-dealing."

According to the KCNA, lifting the restrictions on South Korean missiles "may lead to an acute and unstable situation on the Korean peninsula, now technically at war." 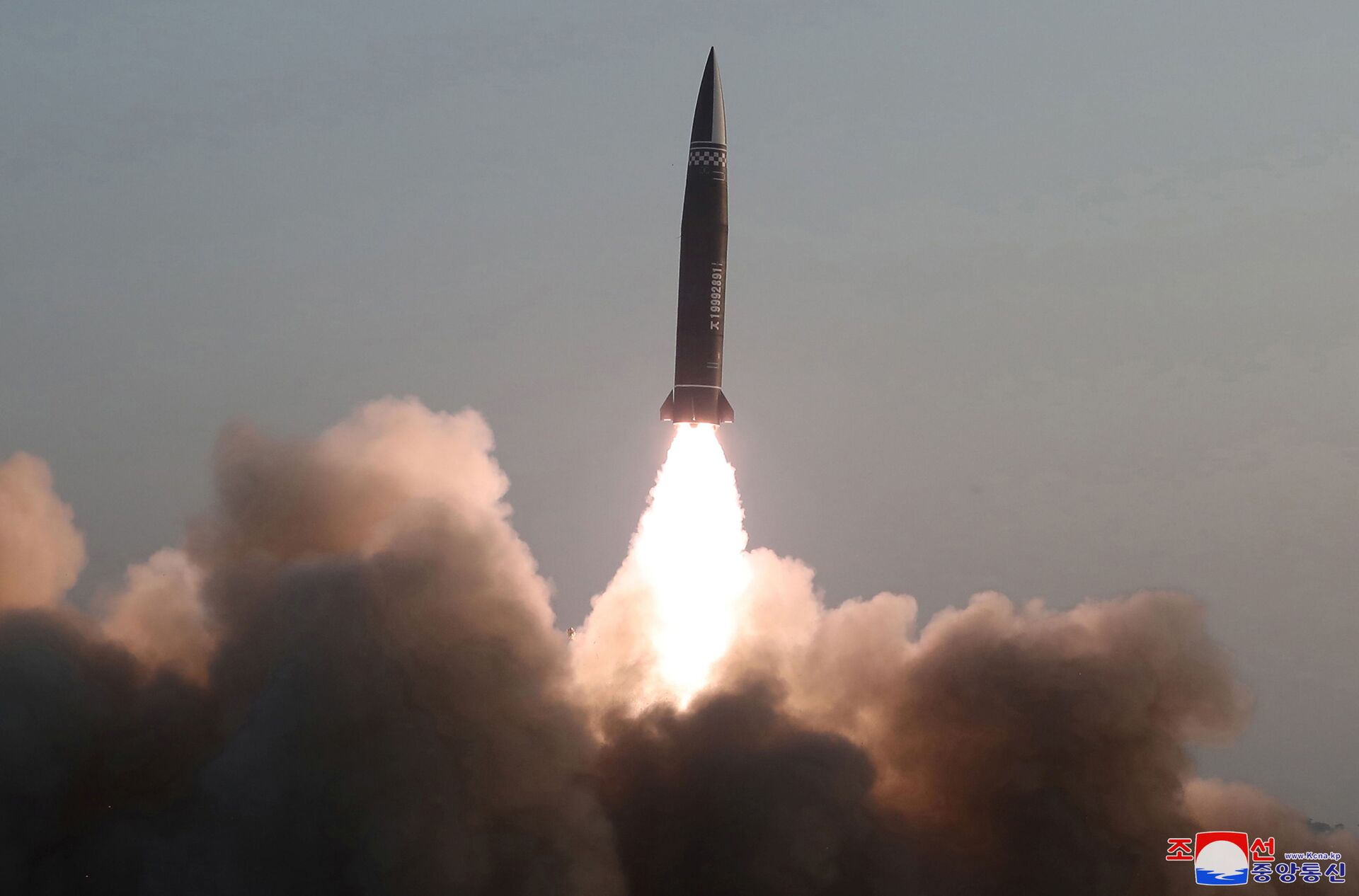 Kim Myong Chol emphasized that South Korea and its army are not targets for the DPRK's military actions, but instead it is the US military presence.

"The US calculation to attain its hegemonic purpose with the use of south Korea is a foolish one," the columnist said. "A proverb goes sow the wind and reap the whirlwind."

And now that the US and South Korean governments have made their "ambition of aggression" clear, both countries have no cause to criticize North Korea for improving its self-defense capabilities, according to the report.

"We will counter the US on the principle of strength for strength and good faith in kind. The escalated tension on the Korean peninsula will lead to instability of the forces threatening the DPRK," the North Korean author stressed.

Biden Says He Won’t Meet With DPRK’s Kim Without Prior Denuclearization Pledge
Kim Myong Chol noted that the international community should pay attention to the serious provocative actions of the US taking place "under its [DPRK's] nose", instead of expressing concerns over "the DPRK's violation of the UN 'resolutions' touted by the US."

The missile guideline was developed around 1979, when South Korea received the core technology and components for its own missile development from the US. Initially, the missiles' permitted range was 180 kilometers, and the maximum warhead weight was limited to 500 kilograms.

The restrictions were revised in 2001 and 2012, the permitted range was increased to 300 and 800 kilometers, respectively. Under the administration of Moon Jae-in, the weight limit for ballistic missile warheads was lifted in 2017, and in 2020 South Korea received the authority to create solid-fuel engines for space launch vehicles.