Palestinian Islamic Jihad Warns Israel: ‘For Every One of Us You Kill We Will Bomb Tel Aviv’ 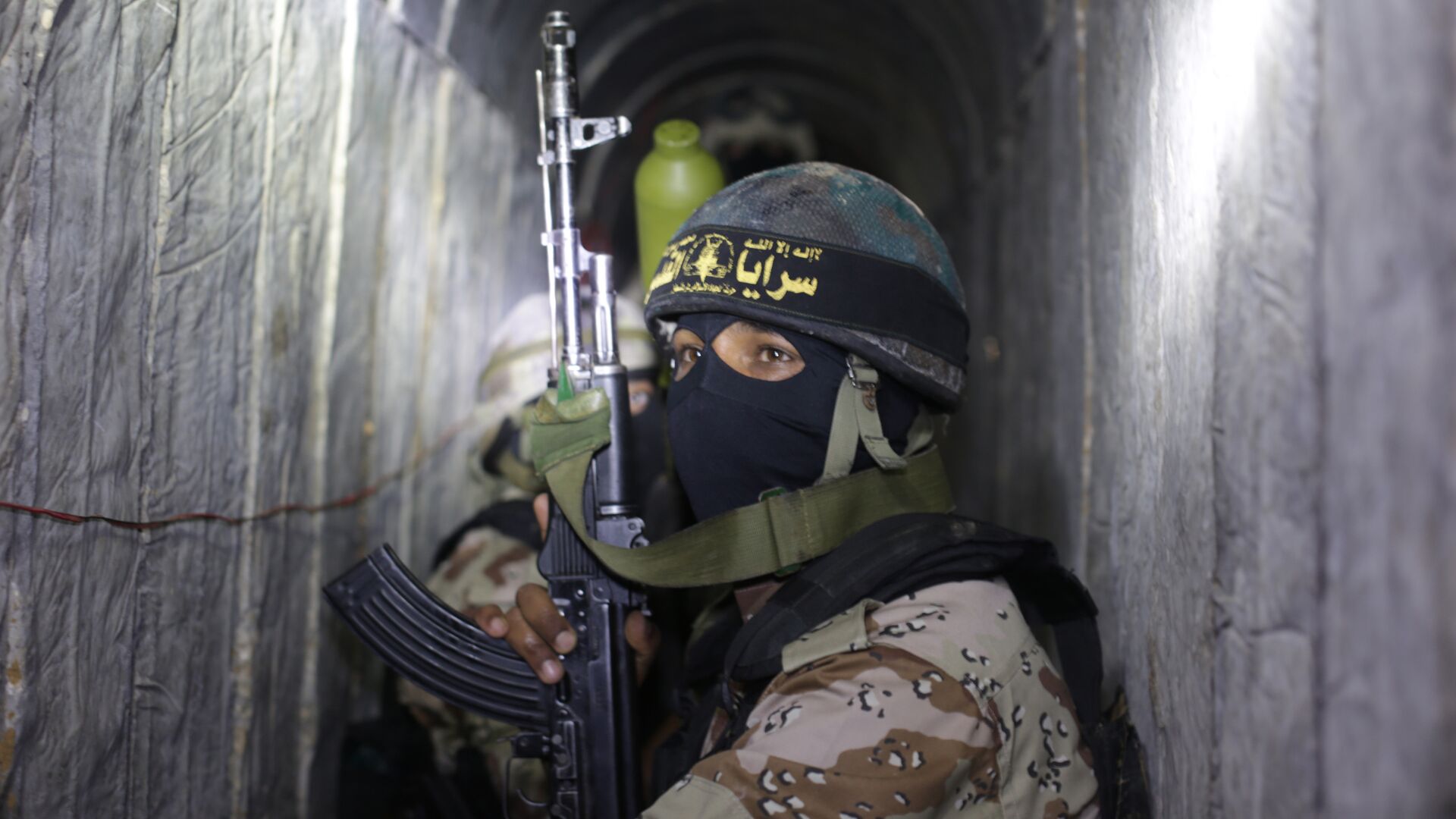 Svetlana Ekimenko
All materialsWrite to the author
Palestinian militants launched several thousand rockets toward Israeli cities, including Tel Aviv, after clashes in East Jerusalem in early May led to the worst violence between Israelis and Palestinians in the Gaza Strip in recent years.

As the fragile ceasefire brokered by Egypt last week between Israel and Hamas continues to hold, the head of Palestinian Islamic Jihad Ziyad al-Nakhalah has issued a warning.

"The assassination of any of our commanders or soldiers, wherever it is, will lead us to respond immediately by bombing Tel Aviv," stated al-Nakhalah.

The Secretary-General of Islamic Jihad spoke on Saturday, echoing earlier statements made by Iranian Generals.

Commander of Iran's Islamic Revolution Guards Corps (IRGC) Quds Force General Esmaeil Qaani spoke at a ceremony in Tehran where he advised that Israelis to “buy back the houses they sold in Europe, America, and elsewhere, before they become expensive", indicating that it was time they considered leaving Palestinian territories.

"I'd advise all Zionists to go back and repurchase the houses they have sold in Europe, the US, and elsewhere to come to the Palestinian territories before the houses become more expensive than today," stated Qaani.

The General’s remarks were timed to coincide with the 40th day since the death of deputy Brigadier General Mohammad Hejazi and in the wake of the recent 11-day hostilities between Israel and Hamas.

According to the general, the “Palestinian resistance” has shown that the “Zionist regime must think of a time when this land is no longer under their control." 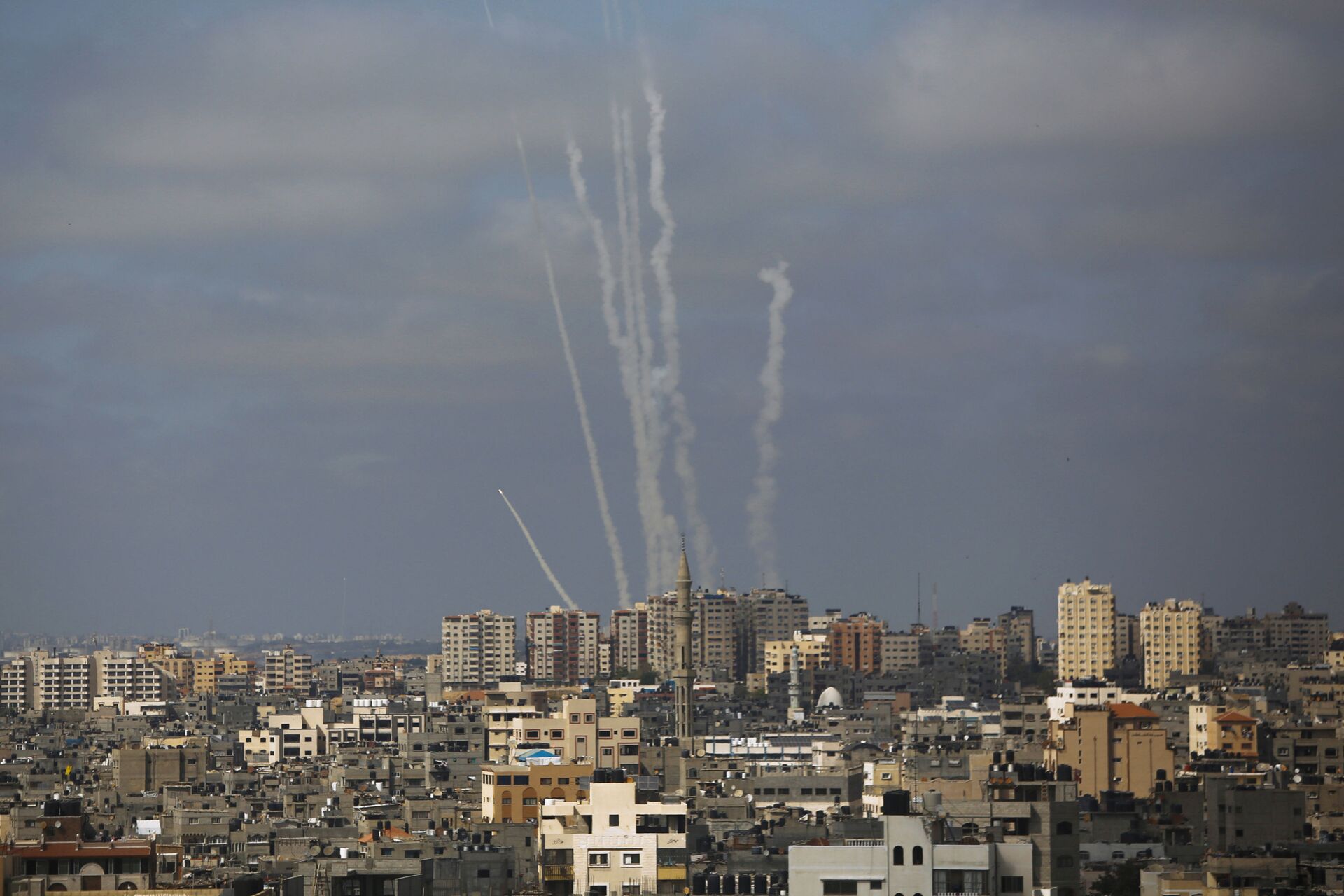 Rockets are launched from the Gaza Strip towards Israel, in Gaza City, Thursday, May 20, 2021.
© AP Photo / Hatem Moussa

Hajizadeh claimed that "[even] the besieged Gaza Strip imposed a severe defeat" on Israel, he claimed in an interview with the Arabic-language news channel al-Masirah on Saturday.

Statements by the Iranian Generals feed into the ongoing belligerent rhetoric between the Islamic Republic and Israel that has persisted since the Iranian Revolution in 1979. Tel Aviv has been accusing Tehran of providing weapons to its adversaries, subsequently used to attack the Jewish state.

Tehran, which rejects Israel's right to exist, frequently vowed to destroy it, while Tel Aviv has repeatedly pledged to stop the Islamic Republic from obtaining nuclear weapons and has staunchly advocated against reinstating in full the Joint Comprehensive Plan of Action (JCPOA), or Iran Nuclear deal.

Current talks in Vienna seek to revive Iran’s 2015 agreement with world powers, after the administration of then-US President Donald Trump unilaterally scrapped the deal in 2018.

Tehran’s warnings come amidst an Egypt-mediated unconditional ceasefire between Israel and the Islamist group Hamas, which ongoing diplomatic efforts are seeking to bolster.

11 days of violence resulted in the death of 254 Palestinians, including 64 children, from Israeli airstrikes.
In Israel, 13 people were killed and at least 50 were seriously wounded.

The escalation of violence occurred on 10 May, triggered by an Israeli court's decision to side with Jewish settlers requesting the eviction of several Palestinian families from their homes in the Sheikh Jarrah neighbourhood of East Jerusalem. Tensions were also fuelled by an Israeli decision to restrict Palestinian worshippers’ access to the al-Aqsa Mosque compound - Islam’s third-most revered site. 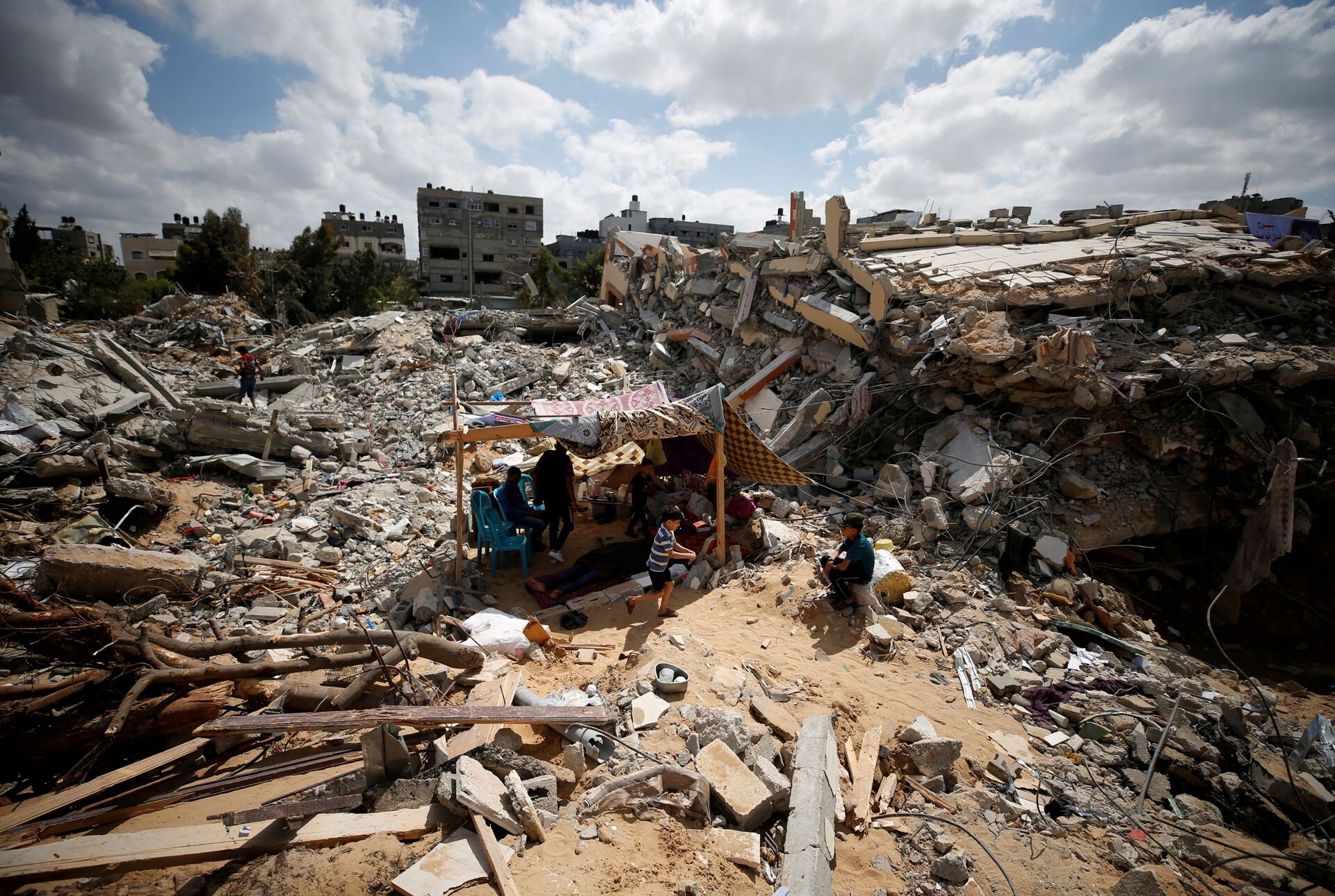 Palestinians sit in a makeshift tent amid the rubble of their houses which were destroyed by Israeli air strikes during the Israel-Hamas fighting in Gaza May 23, 2021. REUTERS/Mohammed Salem TPX IMAGES OF THE DAY
© REUTERS / MOHAMMED SALEM

The decades-old conflict between the two sides reignited, with the Palestinian militant group Hamas firing rockets at Israel, and the Israel Defence Forces (IDF) retaliating with precision airstrikes.

Since the ceasefire, struck on 20 May, both sides have been claiming victory, with Israel insisting its airstrikes have degraded the military capabilities of Hamas, and the latter touting its "defence of Jerusalem".

Hamas spokesperson Abdel-Latif al-Qanou told Al Jazeera on the 21 May:

“This ceasefire is but a pause, a chance to gain more strength to confront any further Israeli aggression.”