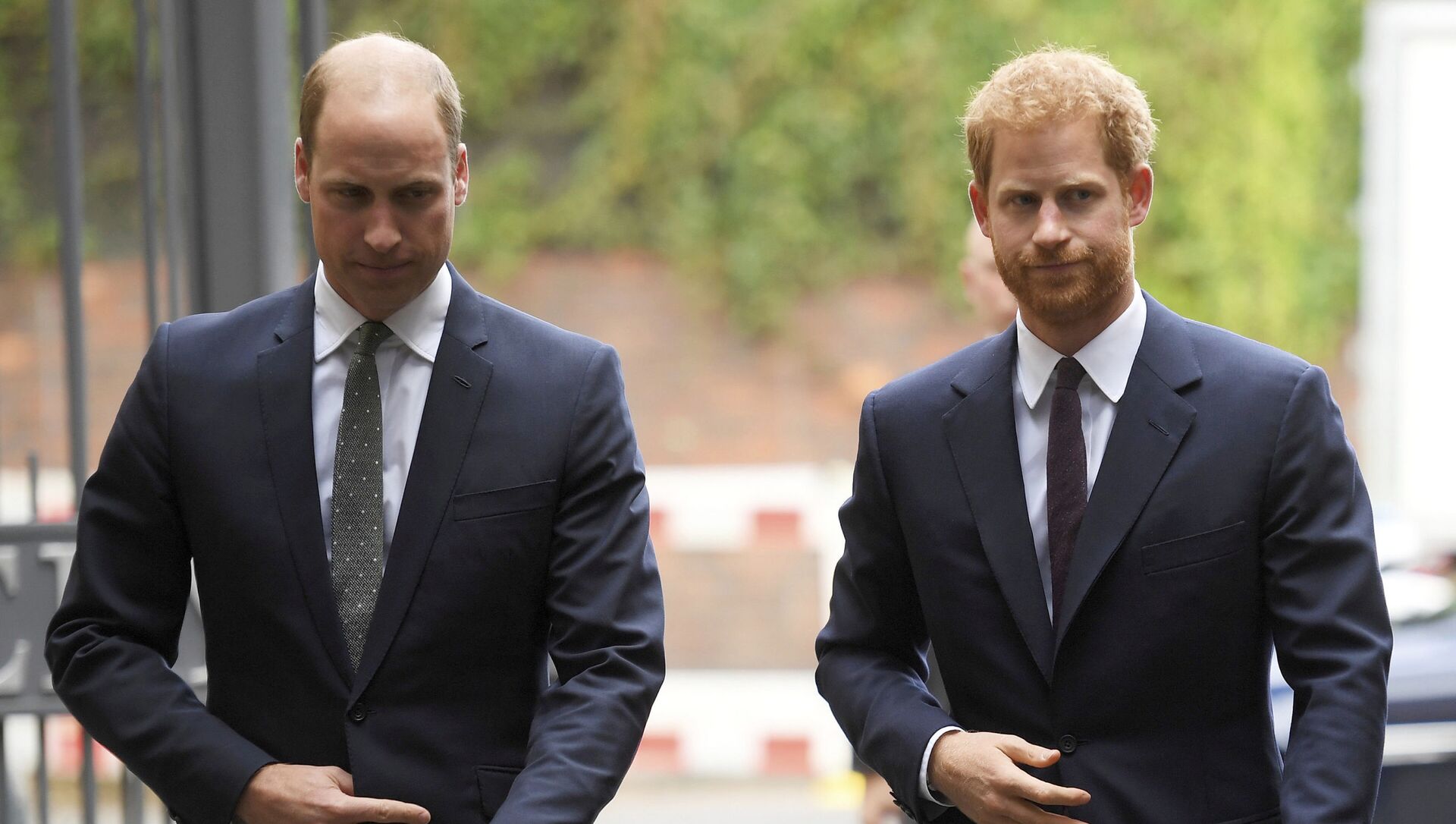 Aleksandra Serebriakova
Moscow-based Sputnik correspondent specializing in foreign affairs.
All materialsWrite to the author
The Duke of Sussex’ recent collab with Oprah Winfrey to produce a web series on the issues of mental health has alarmed Buckingham Palace, according to reports. Prince Charles is particularly “boiling with anger”, insiders say, following Harry’s claims that his dad had left him “suffering” from the media attention following Diana's death.

Prince William is “greatly concerned” about his brother’s recent “truth-bombing”, a friend apparently told The Mail on Sunday. But apart from a clear disappointment in the younger sibling, the Duke of Cambridge really fears that Harry may just go “too far” with his damning claims against the Royal Family that would make the relationship irreconcilable, the friend reportedly claimed.

On Friday, in a new episode of ‘The Me You Can’t See’, which Prince Harry produces alongside Oprah Winfrey, the Duke was seen telling actress Glenn Close about the “shame” felt by relatives of those struggling with mental health issues.

“As parents, as siblings, certainly from what I’ve learned, there’s an element of shame we feel because we’re like, ‘How could we not have seen it?’,” the Prince said.

“But we all know when people are suffering and people are struggling that we’re all incredibly good at covering it up,” he added. 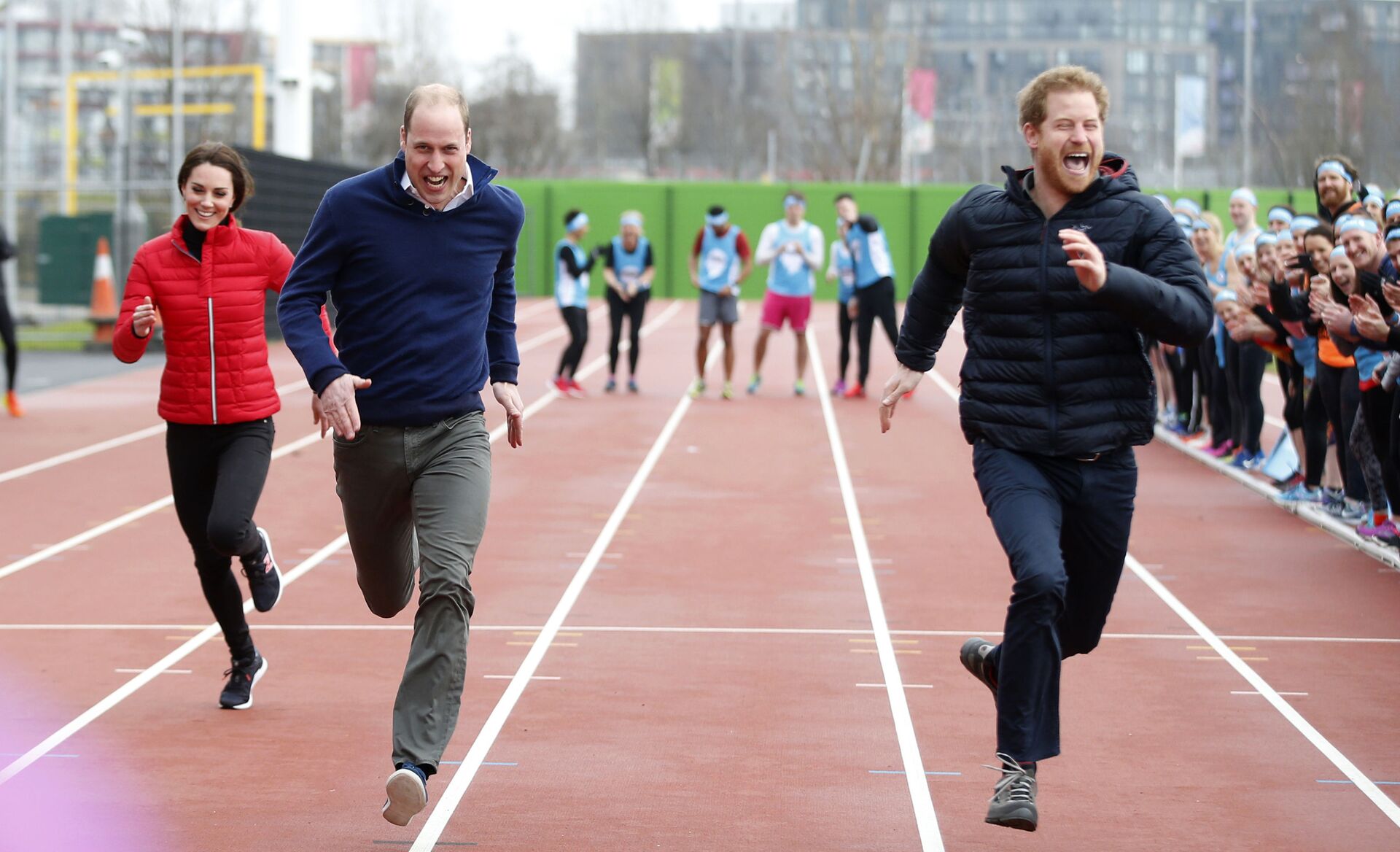 In this file photo dated Sunday, Feb. 5, 2017, Britain's Prince Harry, right, races to the line against Prince William, and Kate, the Duchess of Cambridge, left, during a training event to promote their charity Heads Together, at the Queen Elizabeth II Park in London
© AP Photo / Alastair Grant

For some, this comment has been perceived as just another “snipe” at his royal relatives, following Harry’s attack on Buckingham Palace for failing to support his wife Meghan during her life in the UK. The Duchess of Sussex revealed during a bombshell interview with Oprah aired in March that she had suicidal thoughts during her first pregnancy, something Harry discussed at length during his own sit-down with the American queen of chat during the new documentary.

“The scariest thing for her was her clarity of thought,” Harry earlier said.

“She hadn’t lost it, she wasn’t crazy, she wasn’t self-medicating through pills or alcohol. She was absolutely sober, she was completely sane, yet in the quiet of night these thoughts woke her up,” the Duke unveiled, adding that he was “somewhat ashamed” of how he dealt with the situation in the first place. 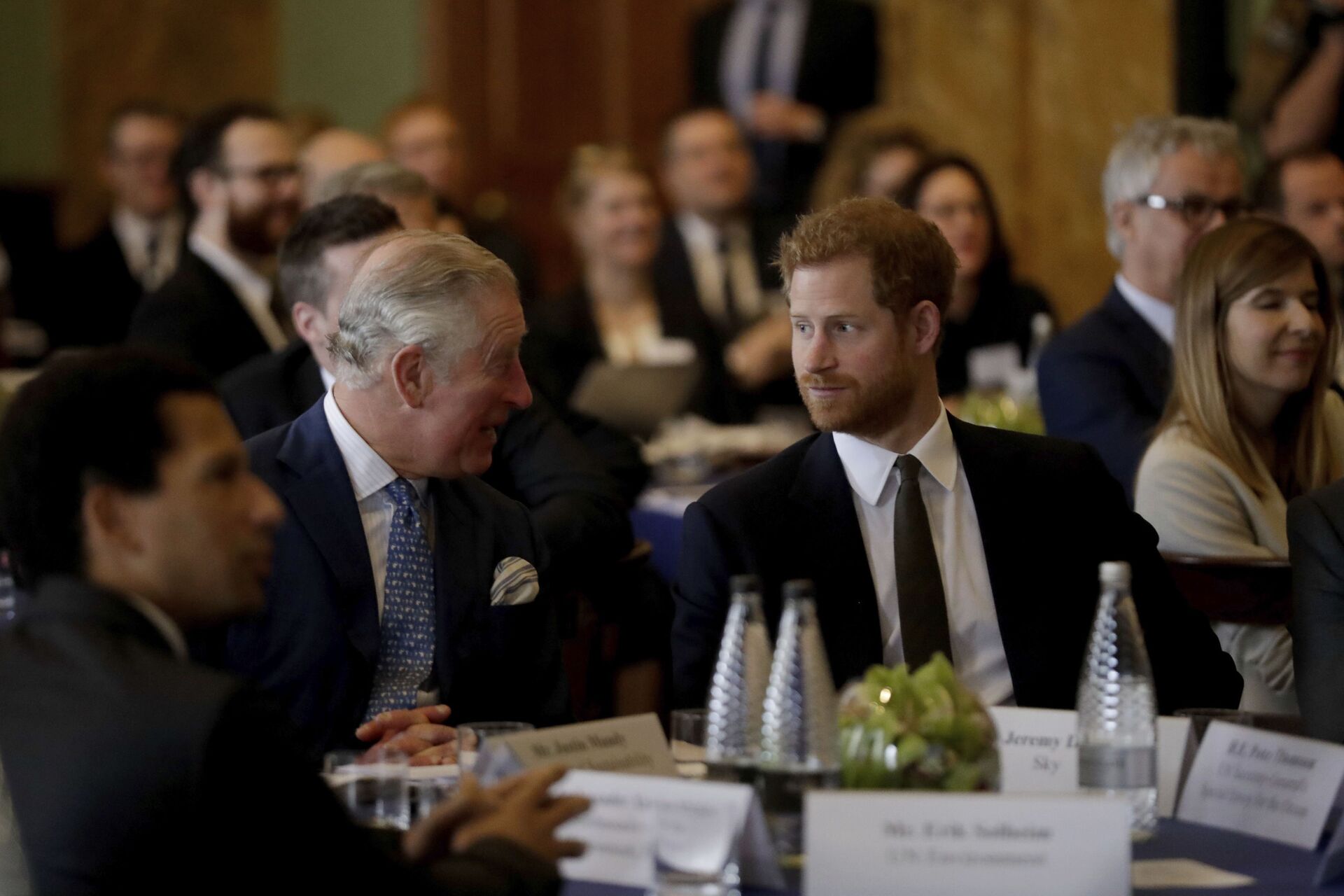 Britain's Prince Harry sits with his father Prince Charles, accompanying him to attend a coral reef health and resilience meeting with speeches and a reception with delegates at Fishmongers Hall in London, Wednesday, Feb. 14, 2018
© AP Photo / Matt Dunham

Speaking to Oprah, Harry has also targeted his dad – and ‘The Firm’ in particular - for leaving him alone to mourn the death of his mother Princess Diana while battling increased media attention that followed her tragic passing in 1997.

“My father used to say to me when I was younger … ‘Well, it was like that for me, so it’s going to be like that for you.' That doesn’t make sense — just because you suffered, that doesn’t mean that your kids have to suffer, in fact quite the opposite,” Harry told Oprah.

“If you suffered, do everything you can to make sure that whatever negative experiences that you had, you can make it right for your kids."

Prince Charles was reportedly left “boiling with anger” following a stream of Harry’s claims. Buckingham Palace has chosen to stay silent on the matter after the documentaries went online in May, but the Prince of Wales has allegedly been struggling “to hold back” and not defend himself on the matter.

Prince Harry's ratings remain low in the UK following his decision to step down from the royal life and leave for the US with Meghan. Meanwhile, Prince Charles' public approval is on the rise in the UK following the death of his father Prince Philip and how it was covered in the media.