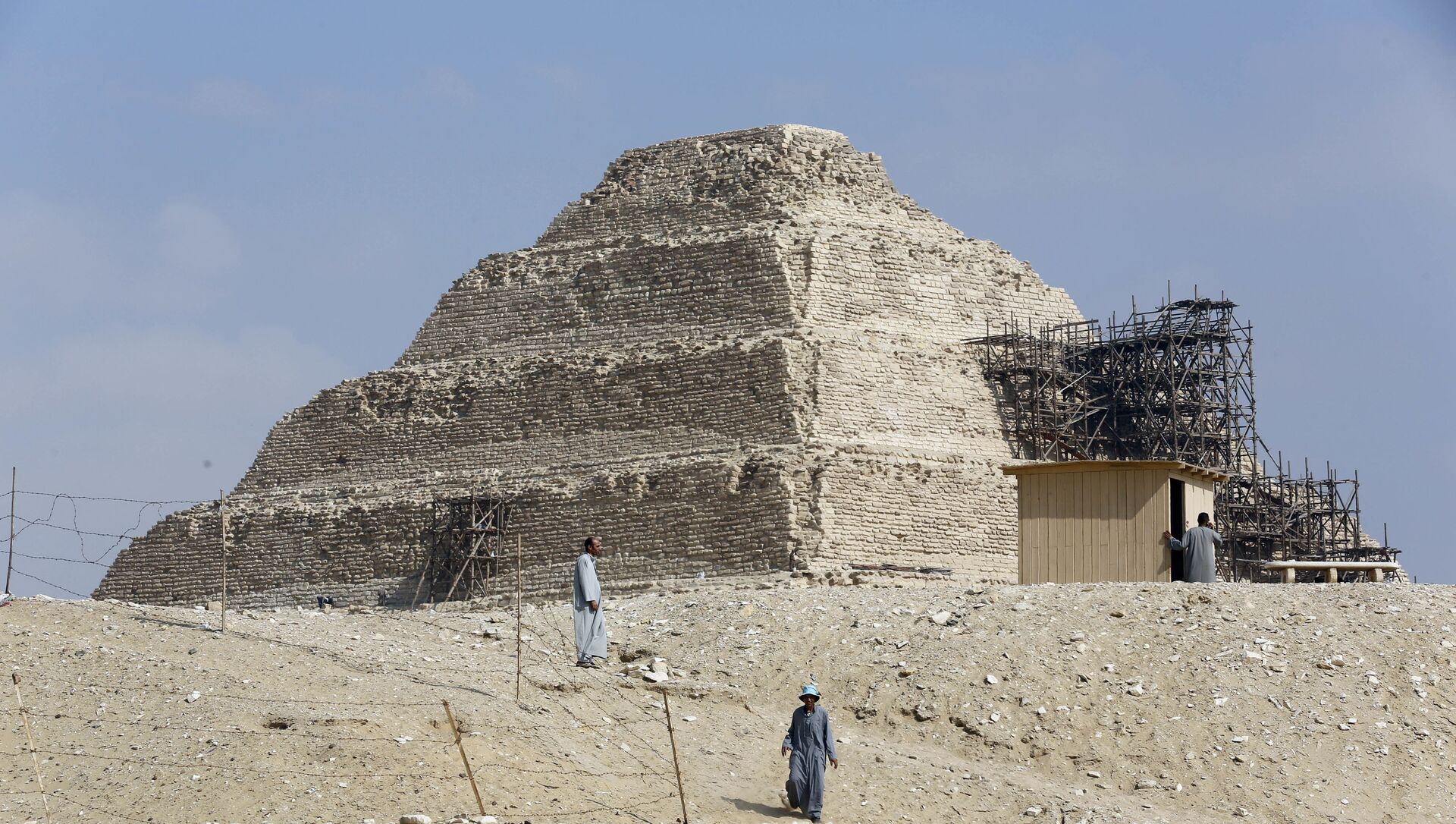 Svetlana Ekimenko
All materialsWrite to the author
From the announced discovery of a 3,000-year-old lost city in southern Luxor to a fireworks- and chariots- accompanied relocation of 22 of the country’s prized royal mummies from central Cairo to their new resting place, Egypt has been striving to wow the world with its antiquities to revive its flagging tourism industry.

As some European countries tentatively re-open to international tourists amid the ongoing COVID-19 vaccination rollout, Egypt has been on course to capitalise on its multitude of fascinating archaeological sites and museums to revive one pillar of its economy – the flagging tourism sector.

The country may still be battling the coronavirus pandemic and struggling to get its population of close to 100 million vaccinated, but looking ahead, officials are staking on the plethora of new ancient discoveries to prop up the mid- and post-pandemic tourism market.

In order to be able to cash in on the finds, a torrent of publicity has accompanied the endeavours of archaeologists.

Thus, in November 2020, they announced the discovery of at least 100 ancient coffins dating back to the Pharaonic Late Period and Greco-Ptolemaic era, along with 40 gilded statues, buried 2,500 years ago, at the Saqqara complex. 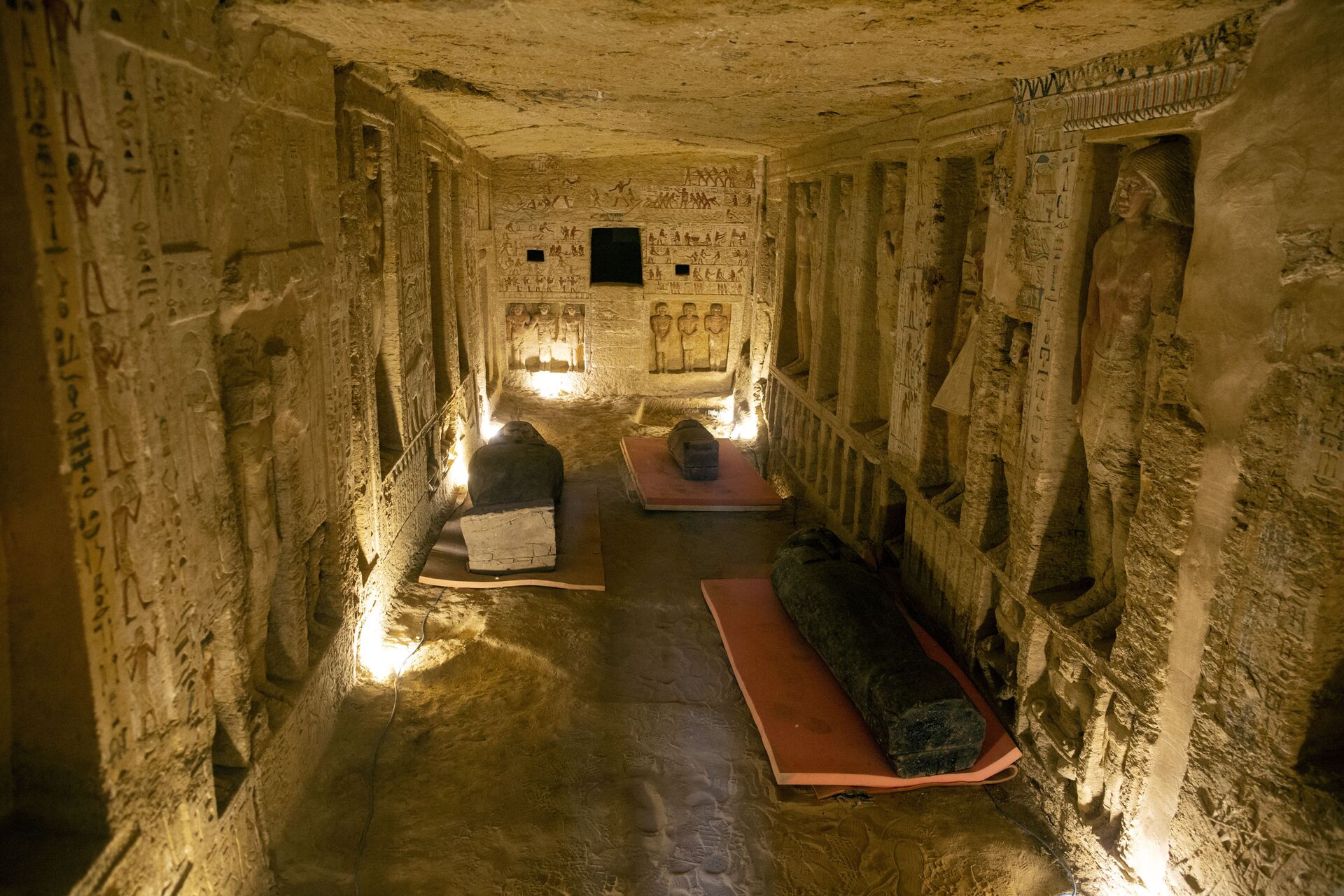 At the time, Minister of Tourism Khaled al-Anani predicted that more exciting findings would be made by local scientists.

“Saqqara is a treasure,'' said the minister, while announcing the November discovery, adding:

“Our problem now is that we don't know how we can possibly wow the world after this.''

The push to stun the world with Egypt’s ancient treasures continued, and this April Zahi Hawass, the country’s famed archaeologist, announced the discovery of a 3,000-year-old lost city in southern Luxor, hailed as one of the most important finds since Tutankhamun's tomb.

Known as Aten, and unearthed within weeks of the excavation launched in September 2020, it rose out of the sands complete with mud brick houses, artefacts and tools dating to pharaonic times.

To fan the flames of lovers of antiquities, the so-called "Golden Parade" then hit the Egyptian capital's streets. Ancient mummies of 18 kings and four queens were relocated in great state from the Egyptian Museum in Tahrir Square to the massive facility farther south in the capital, the National Museum of Egyptian Civilisation (NMEC).

So proud to be Egyptian 🇪🇬🙌🏻 what a historic moment #Egyptian #GoldenParade pic.twitter.com/QvzWncvjZq

Egypt honoured today the transfer of 22 Royal Mummies from the Egyptian Museum to the new National Museum of Egyptian Civilization in an epic #GoldenParade. Breathtaking show 🔥. Very proud 🇪🇬 pic.twitter.com/BGhy0rDjQE

​The list of the kings and queens included royals from 17th, 18th, 19th and 20th dynasties, such as Ramesses II (also known as Ozymandias, or Ramesses the Great, one of the most glorious pharaohs in history), Queen Hatshepsut and Queen Ahmose-Nefertari.

Furthermore, new venues to house the treasures are mushrooming. Museums have been newly opened at the Red Sea resort of Sharm el-Sheikh and Cairo's International Airport, with plans on track to open the Grand Egyptian Museum next to the Giza Pyramids by January. 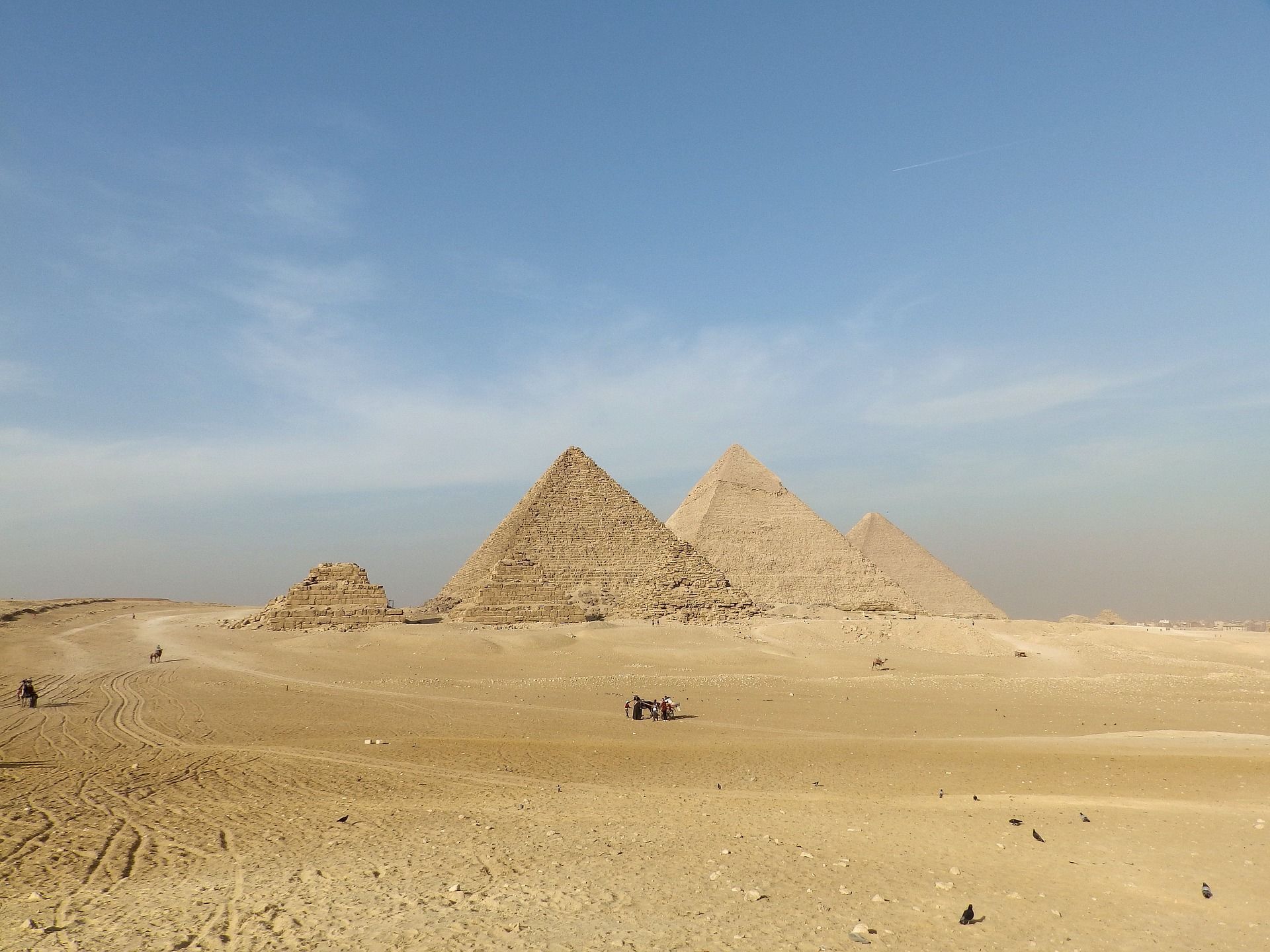 The country's tourism industry was previously crippled by the developments surrounding the events of the Arab Spring in 2011 that toppled former Egyptian President Hosni Mubarak and unleashed mayhem.

In the first months of this year, amid universal vaccination efforts, tourism traffic strengthened the minister was quoted as saying by the Associated Press:

"Egypt is a perfect destination for post-COVID in that our tourism is really an open-air tourism."