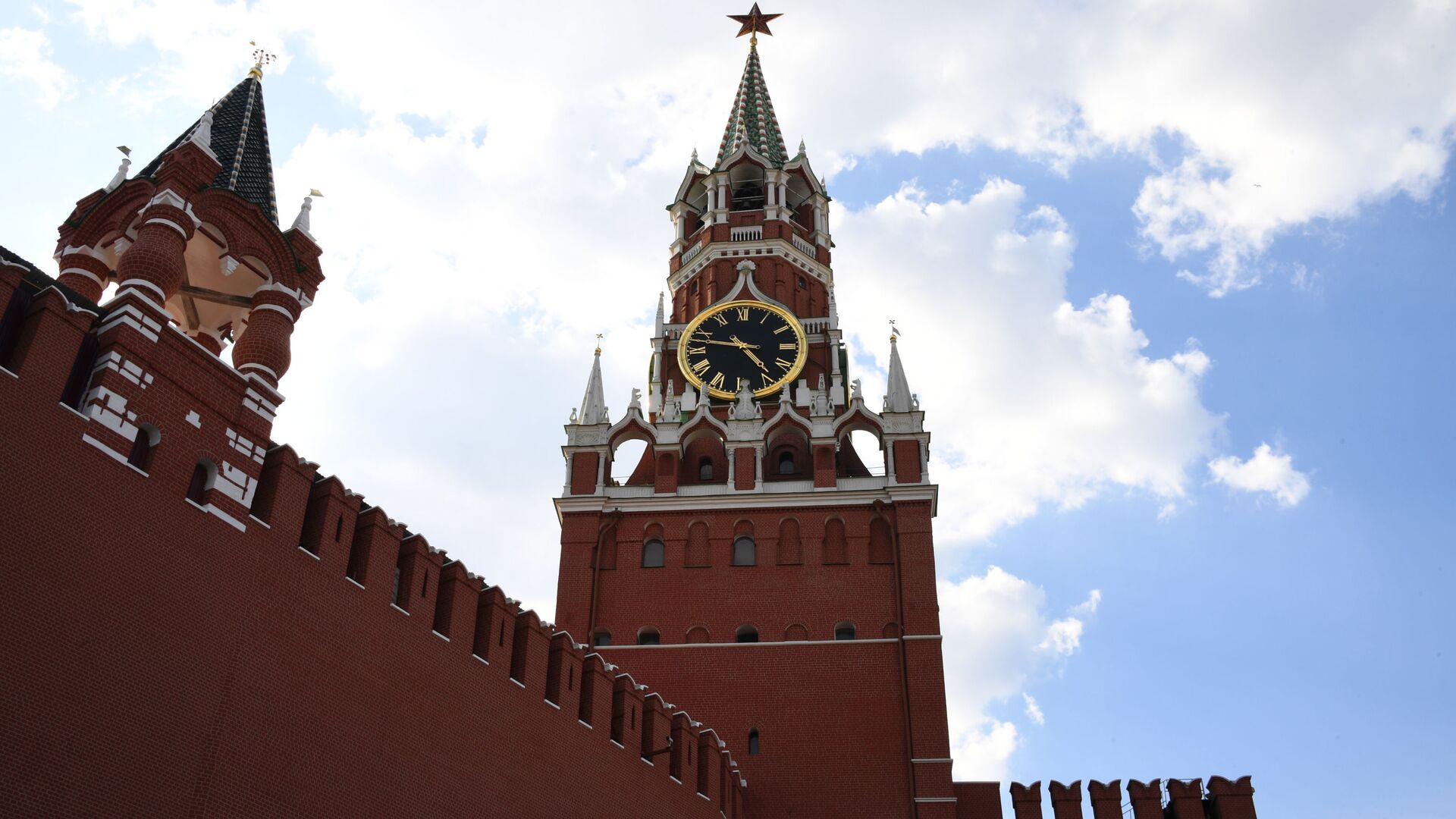 Ekaterina Blinova
All materialsWrite to the author
Earlier this month, EU foreign policymakers issued a draft report on the direction of the bloc's political relations with Russia. The document does not see Russia as an equal partner with the West and "legitimises" the EU to interfere in the country's domestic affairs and overhaul its political system, notes Norwegian Professor Glenn Diesen.

An EU document compiled by MEP Andrius Kubilius, a former prime minister of Lithuania, declares Russia a "threat" and calls for deterring it through different means, including Russia's expulsion from the Society for Worldwide Interbank Financial Telecommunication (SWIFT), halting the Nord Stream 2 project, and stepping up sanctions against the country. It specifically targets the Russian government, proposing to launch international probes and trials against it as well as setting up "EU tribunals".

On top of this, the EP draft urges the EU to be prepared "not to recognise the parliament of Russia" after the upcoming 2021 legislative elections in the country and to ask for "Russia's suspension from international organisations with parliamentary assemblies", based on a premise that Russia's democracy does not correspond to European values and its election system cannot be trusted.

The document employs self-righteous, aggressive, and undiplomatic language and is calling for nothing short of regime change in Russia, deems Professor Glenn Diesen from the University of South-Eastern Norway.

Sputnik: The European Parliament has put forward a set of measures targeting the EU's cooperation with Russia and called to halt the Nord Stream 2 project. Does the EP's stance really reflect that of respective nations in this institution? Whose interests are really being pursued, in your opinion?

Glenn Diesen: The report does not accurately represent the EU or its main member states. It is put together by Andrius Kubilius, who is a member of the European Parliament, a former prime minister of Lithuania, and an ardent Russophobe. It would, for example, be unthinkable for the German government to refer to the "Kremlin regime" and "Putin's war against the people of Russia".

This is the hyperbolic and undiplomatic language of Kubilius. The brazen call for pursuing regime change in Russia by establishing EU tribunals to police Russia in cooperation with Bellingcat and open call to launch a propaganda channel is also unlikely to be the official position of major EU member states such as Germany, France, or Italy.

The main contribution of the Baltic States and Poland has always been to steer the EU towards confrontation and containment of Russia. The attempt to mobilise the EU against Russia is a risky strategy as major EU member states must increasingly deal with Russia in bilateral arrangements for pragmatic ties, which makes the EU less relevant. 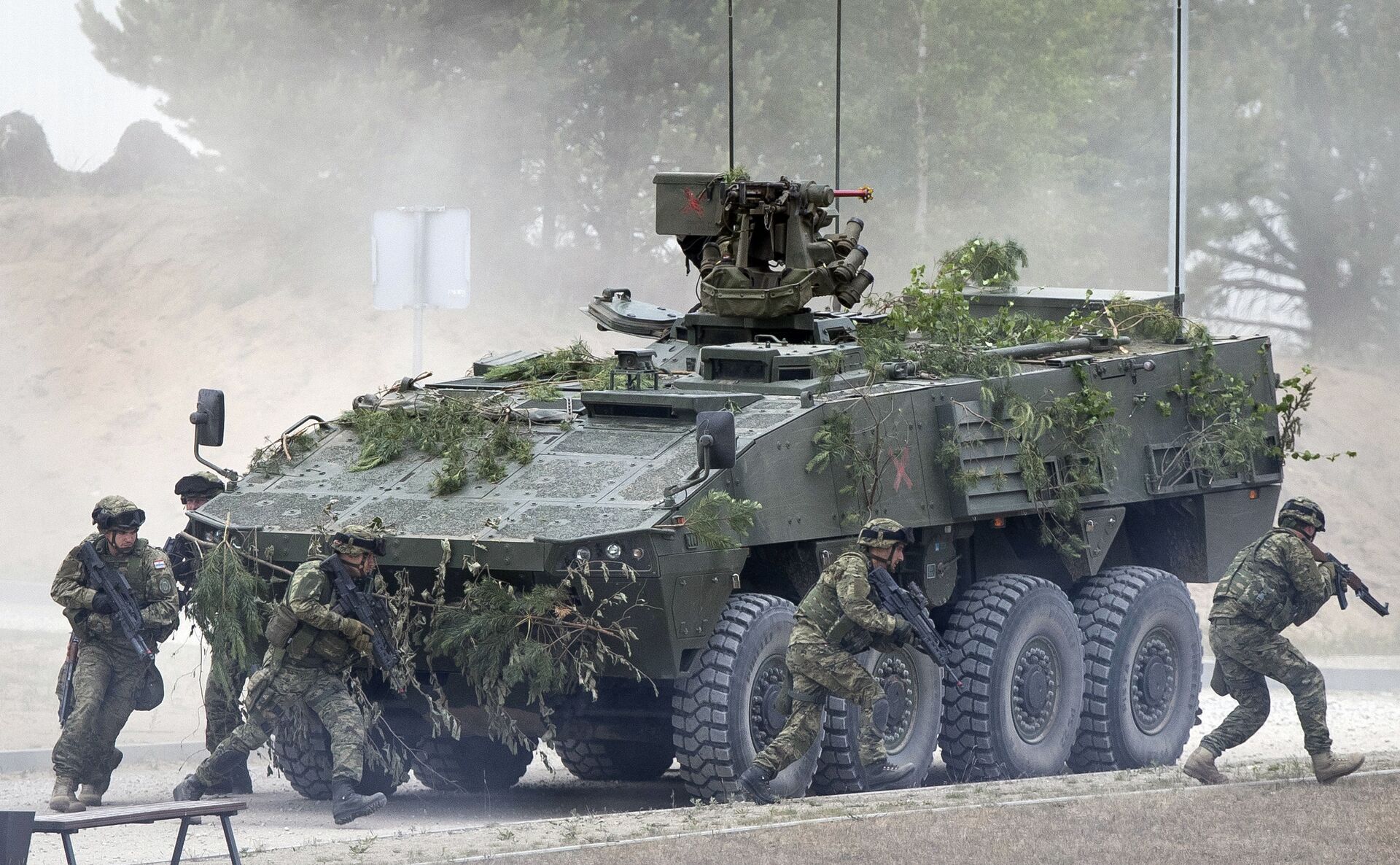 Sputnik: The European Parliament's draft was written ahead of Russia's September parliamentary elections and calls upon the EU to be "prepared not to recognise the parliament of Russia and to ask for Russia's suspension from international organisations" if elections "are recognised as fraudulent". Based on what criteria would the EP decide whether Russia's elections are fair or not? If Russia employed the same tactics and did not recognise the EP or that of any European country, how would the EU evaluate such actions?

Glenn Diesen: The key question is if the EU assessment of Russian parliamentary elections will be motivated by geopolitical interests or altruistic efforts to elevate liberal democratic values. The simple answer is that Brussels perceives these two objectives to be interlinked as strengthening the EU vis-à-vis Russia is believed to be good for liberal democratic values.

The language in the document indicates that they have already decided to declare the Russian parliamentary elections to be fraudulent. The purpose of doing so is also explicitly outlined in the document, which is to instigate protests within Russia and to expel Russia from international institutions.

Good arguments can be made to include democracy and human rights into the realm of international politics, which was introduced with the Helsinki Accords in 1975. However, it can also be exploited to establish an international system based on sovereign inequality. 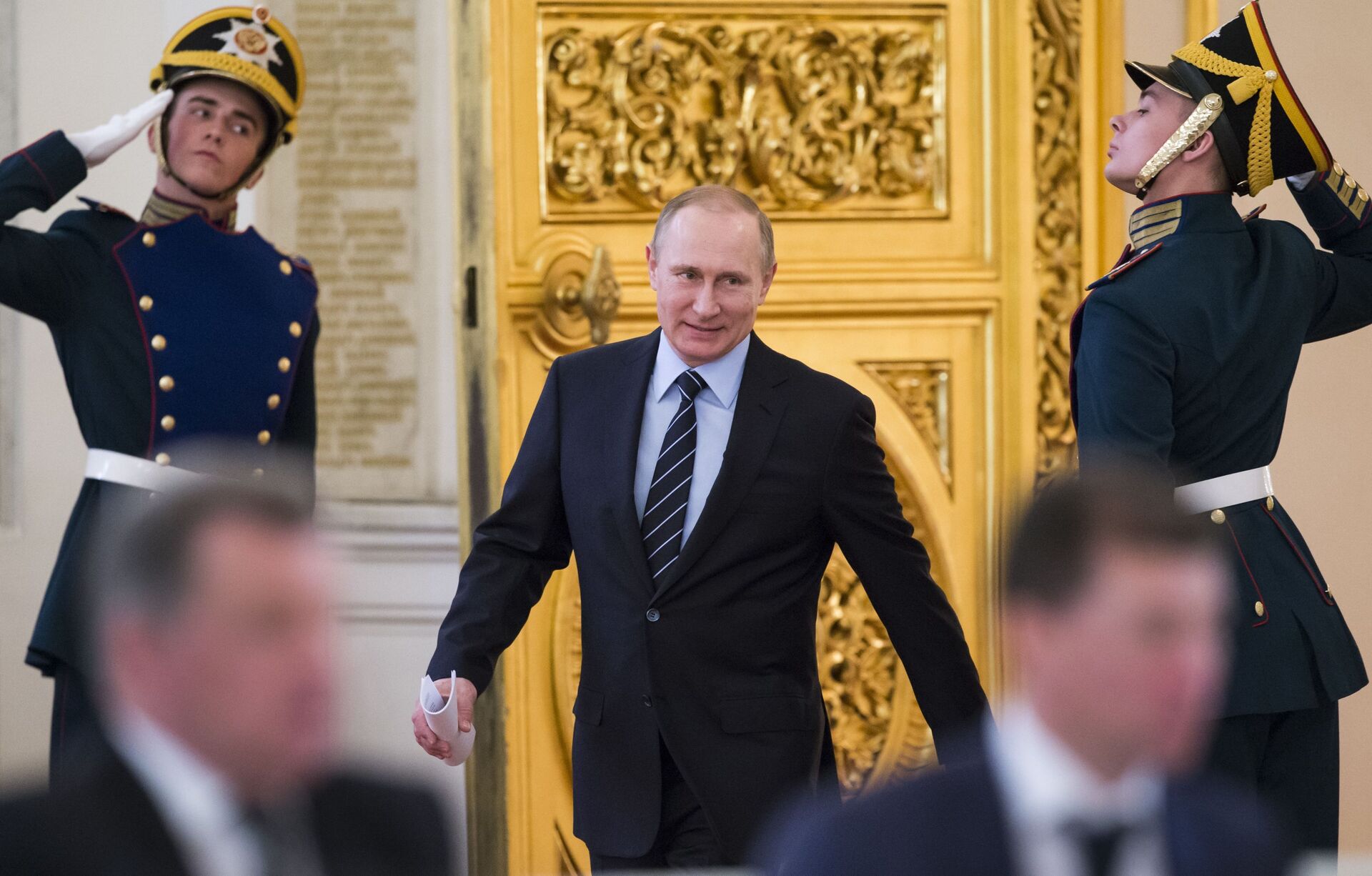 The Helsinki Accords specified that "sovereign equality" was a key principle, which now appears to be incompatible with how democracy and human rights are used in international relations. Moscow is thus making it clear it does not need or desire EU approval for its own elections as the EU is an adversary and not a moral authority. 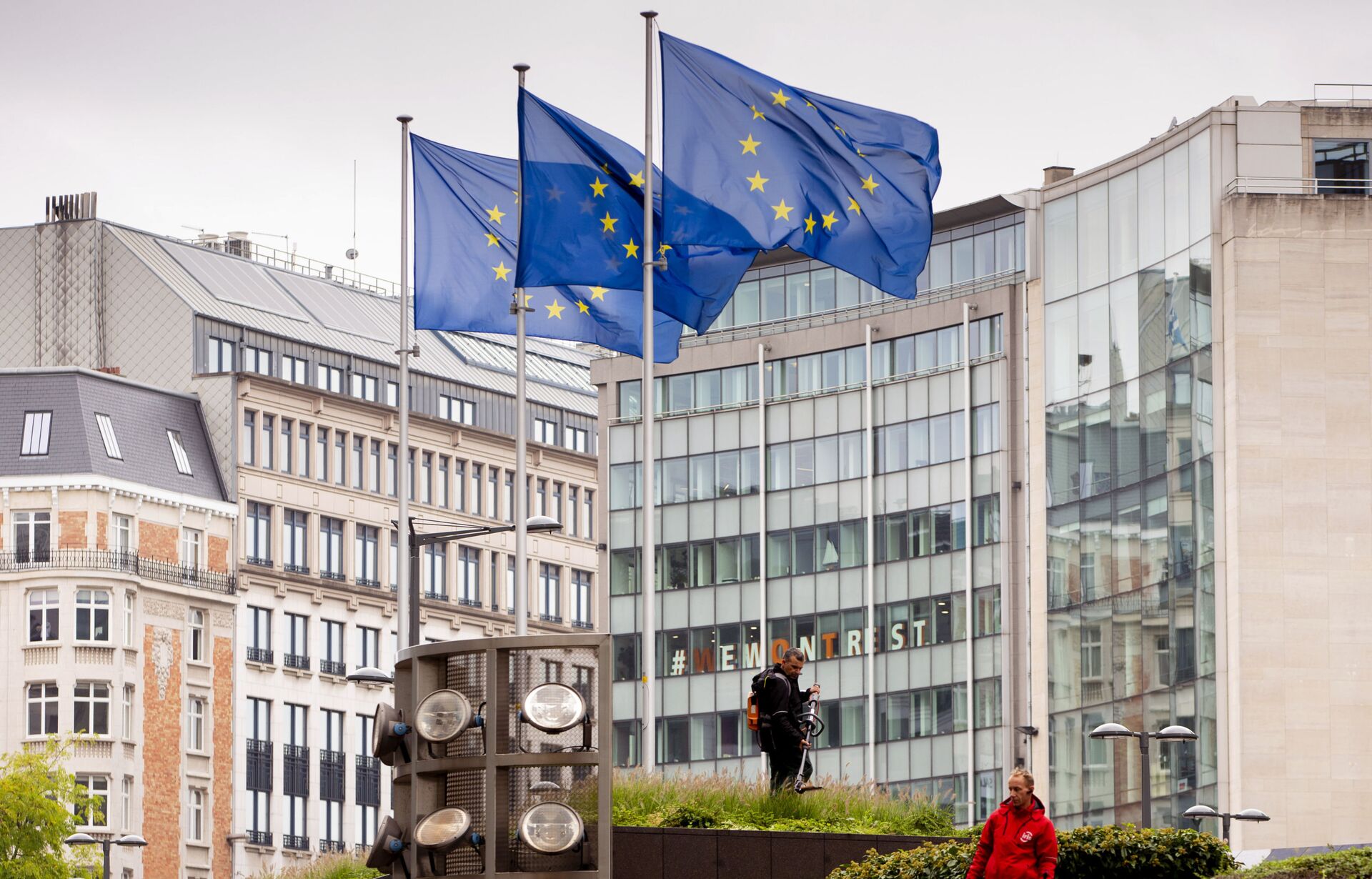 European Union flags flap in the wind as two gardeners work on the outside of EU headquarters in Brussels, Wednesday, Sept. 11, 2019.
© AP Photo / Virginia Mayo

Sputnik: The EP draft calls for creating "EU tribunals" and launching investigations into alleged crimes committed by the governments of Russia and Belarus. Who provided them with the legitimacy to conduct such inquiries? What political goals do they want to achieve through this initiative, in your opinion?

One could argue that this is well-intentioned and in service of higher ideals, although it undeniably implies sovereign inequality. This self-assigned socialising or civilising role of the EU divides the continent into political subjects versus political objects, or an EU teacher versus a Russian student.

The document from the EU Parliament argues that these "EU tribunals" will conduct investigations with Bellingcat, which many leaks ago was exposed as a government-funded organisation that spreads disinformation to weaken NATO adversaries. However, the main point to be made is that Russia demands sovereign equality. The EU's "external governance" over Russia is rejected as the EU would also not accept if Russia exerted similar influence in the territory of the EU. 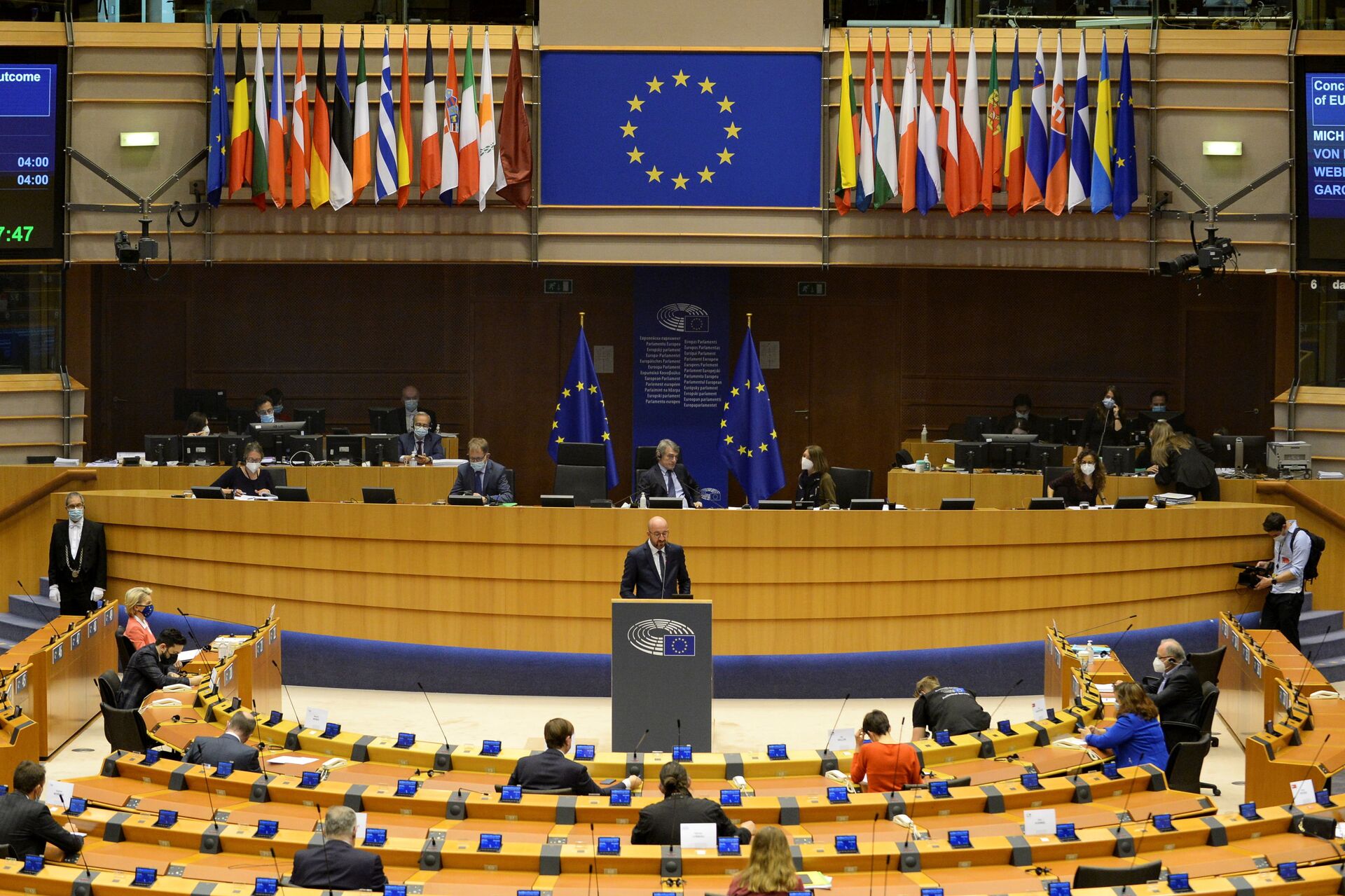 Sputnik: In your article you noted that the EP document openly discusses nothing short of a regime change plan. What's behind this belligerent stance and its timing? What risks is this approach fraught with for Europe and international stability in general?

Glenn Diesen: There is currently a divide in the EU and the wider West. Some argue that the hostilities towards Russia must be scaled back, while others are arguing to stay the course. Those calling to cultivate a more benign approach to Moscow recognise that the anti-Russian sanctions have failed as it has pushed Russia to reduce its economic ties with the West and instead form a strategic partnership with China. These concerns are now openly expressed in Berlin and Paris, and it is also the reason why Biden is reaching out to Moscow.

The people calling to stay the course and pursue regime change in Russia do not necessarily believe these objectives are achievable or that even the anti-Russian policies will result in any policy change in Russia, but they consider the containment of Russia as an objective in itself and a source for reviving unity in the West.

This approach is an exercise in self-harm as it is based on wishful thinking as opposed to the realities of a new international distribution of power. Case in point, the lesson of Nord Stream 2 (and the cancelled South Stream) should be that the countries positioning themselves as a frontline with Russia will be circumvented and thus have their own relevance reduced. If the EU seeks unity under an anti-Russian policy by cancelling Nord Stream 2, then the EU itself would become less relevant as the cheap Russian gas required economic competitiveness would eventually be redirected towards China and the East. Ambitions to instigate a coup in Russia or isolate Russia economically and politically is leading to the collapse of the Helsinki Accords and Russia's economic decoupling from Europe, which is not good for the EU or international stability.

Glenn Diesen is the author of "Russian Conservatism: Managing Change under Permanent Revolution" (2021), "Great Power Politics in the Fourth Industrial Revolution: The Geoeconomics of Technological Sovereignty" (2021), "Russia in a Changing World" (2020), "The Decay of Western Civilisation and Resurgence of Russia: Between Gemeinschaft and Gesellschaft" (2018), and "Russia's Geoeconomic Strategy for a Greater Eurasia (Rethinking Asia and International Relations)" (2017).