Kirill Kurevlev
Correspondent
All materialsWrite to the author
The Aegis Ballistic Missile Defense System (Aegis BMD) is designed by the US Department of Defense's Missile Defense Agency to defend against short to intermediate-range ballistic missiles, which is part of the US' overall missile defense strategy.

The Aegis ship missile defense systems failed to hit the target during the Flight Test Aegis Weapon System 31 Event 1 conducted in cooperation with the Navy on Saturday, according to the US Missile Defense Agency (MDA).

“An intercept was not achieved,” the agency said in a statement without providing any further information.

The agency said that the goal of the test was to show that a ballistic missile defense-configured Aegis ship could detect, track, engage, and intercept a medium-range ballistic missile target with a salvo of two Standard Missile-6 (SM-6) Dual II missiles.

"Program officials have initiated an extensive review to determine the cause of any problems which may have prevented a successful intercept and will thoroughly analyze the results," the agency added.

The MDA performs missile defense tests on a regular basis. It has conducted successful intercept tests with SM-6 missiles in the past. 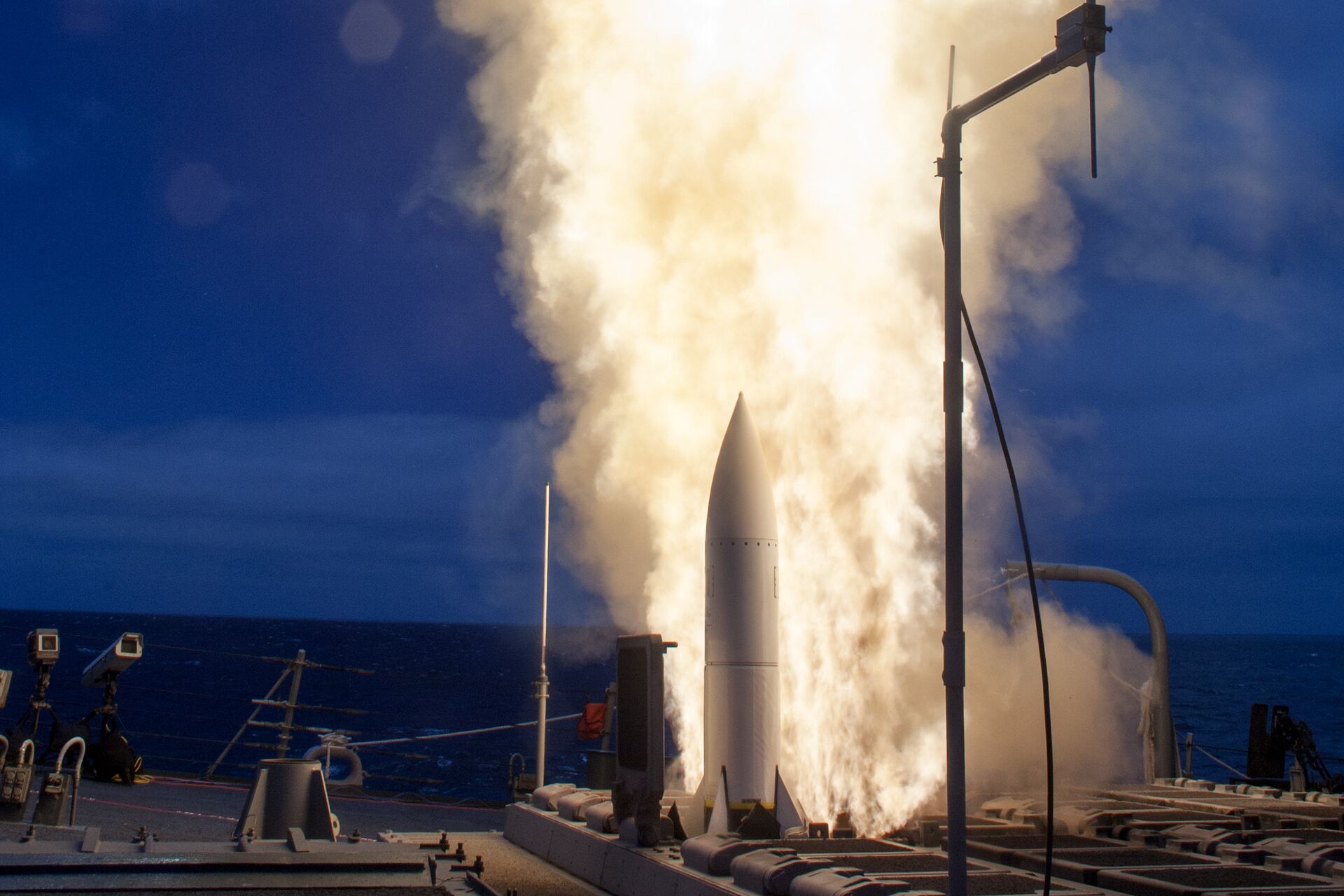 Currently, the MDA and the US Navy are purchasing sophisticated SM-6 interceptor missiles. They are based on the SM-2 variant and can be used for both air defense and missile defense missions.

According to the agency's website, in 2020, an Aegis BMD-equipped warship successfully intercepted a simple intercontinental ballistic missile-threat representative target with an SM-3 Block IIA missile, "illustrating how the system could be used in a layered missile defense architecture, enhancing US homeland missile defense."

The overall number of Navy ships equipped with Aegis BMD totals 33 ships, 17 of which are assigned to the Pacific fleet and 16 to the Atlantic fleet.

The Aegis missile defense system includes a land-based component, called Aegis Ashore. The Aegis BMD weapon system and the intermediate-range SM-3 are mounted in the deckhouse and launchers, which are substantially identical to the versions installed on US Navy destroyers and cruisers.