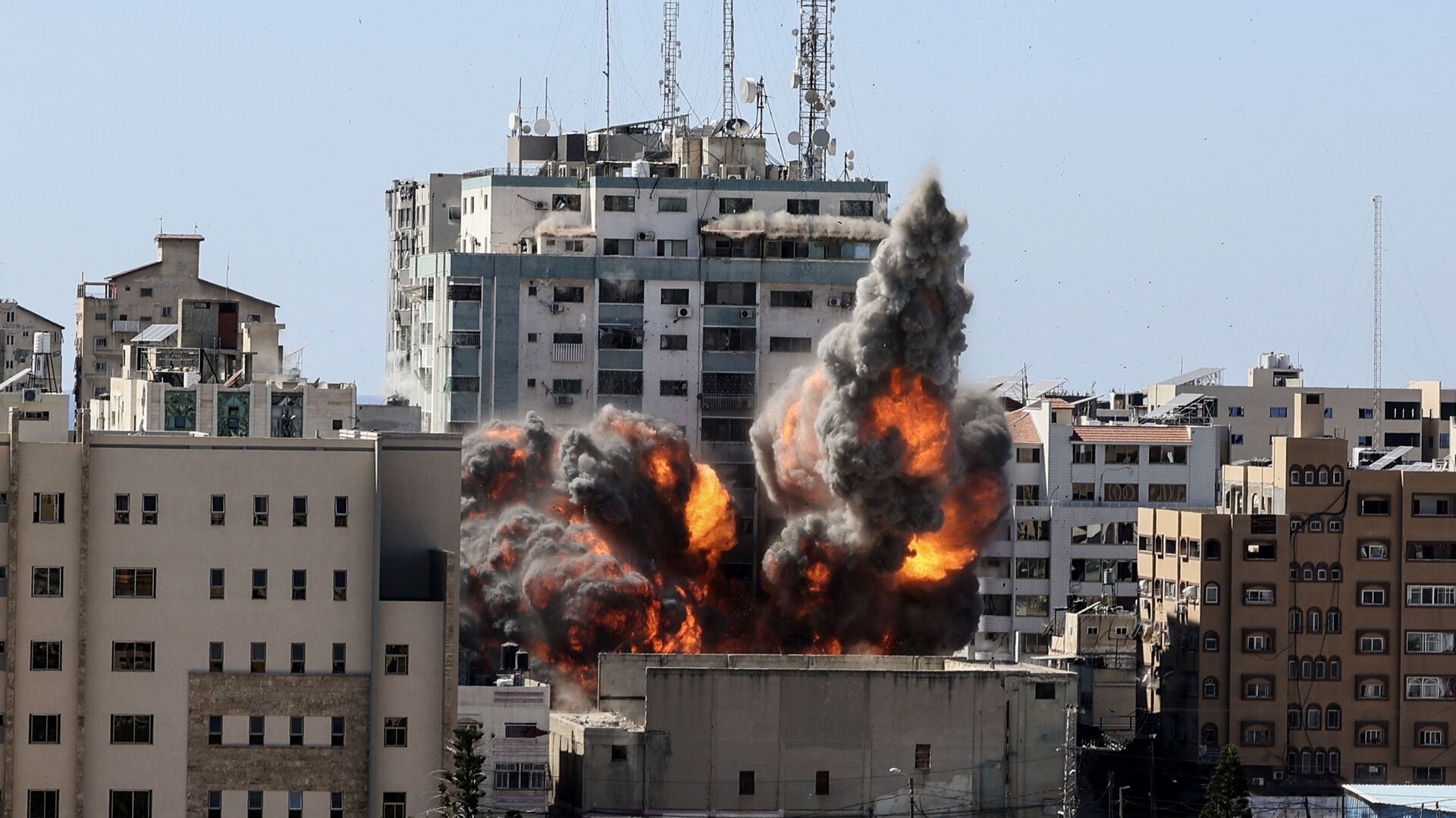 Asya Geydarova
Editor
All materialsWrite to the author
On May 14, Israeli fighter jets bombed the 15-story building in Gaza that housed the Al Jazeera and Associated Press offices, four days into a recent escalation. The IDF accused Gaza-based Hamas of using the building for military intelligence purposes. It gave the staff an hour to evacuate.

Chief of the Israel Defense Forces (IDF) Kohavi says he does not regret striking the building housing international media in Gaza, other than possibly undermining Israel's global image, Channel 12 reported on Saturday.

The IDF chief "privately" shared that journalists of the Associated Press - whether they had any idea or not - were enjoying morning coffee with Hamas operatives at a ground-level cafeteria in Gaza's Jala Tower, where local offices of the AP and Al-Jazeera were based. Earlier, the IDF said it had received information about Hamas military intelligence allegedly operating in the building to target guided IDF weapons with advanced electronics.

Kohavi reportedly said, "It justifiably came down. I haven’t a gram of regret."

"It was the right call to take down that building [housing AP]", Israeli CoS Kochavi is quoted by @N12News military correspondent @ndvori, and that he would have attacked again if needed adding that "I have no remorse." On the various floors of the same building, he claimed,

In a statement shared by the Times of Israel on Saturday night, AP dismissed the morning coffee story as a hoax, saying there "was not even a cafeteria in the building" and demanded an independent investigation be conducted into the destruction of their office.

"Such baseless claims jeopardize the safety of AP journalists", the statement says, adding, "as we have said repeatedly, we had no indication of a Hamas presence in the building, nor were we warned of any such possible presence before the airstrike. We do not know what the Israeli evidence shows, and we want to know."

The bombing sparked a negative reaction from international organizations and a number of countries. According to UN spokesperson Stephane Dujarric, the Secretary-General was "extremely disturbed to see the destruction of the media building".

The non-governmental organization Reporters Without Borders called on International Criminal Court (ICC) chief prosecutor Fatou Bensouda to include the Israeli airstrikes on media outlets in the Gaza Strip in her investigation. In March, the ICC announced a criminal probe into alleged crimes committed by Israel in Palestinian territories, including Gaza and the West Bank, since June 13, 2014.

Evidence supporting Hamas' presence in Jala Tower has not been shared with the public by Israel. The United States said it received information backing up the claim of its ally in the Middle East, but Washington has avoided sharing its view on the matter.

According to the TOI, Israel's Prime Minister Benjamin Netanyahu called the strike a "perfectly legitimate target." 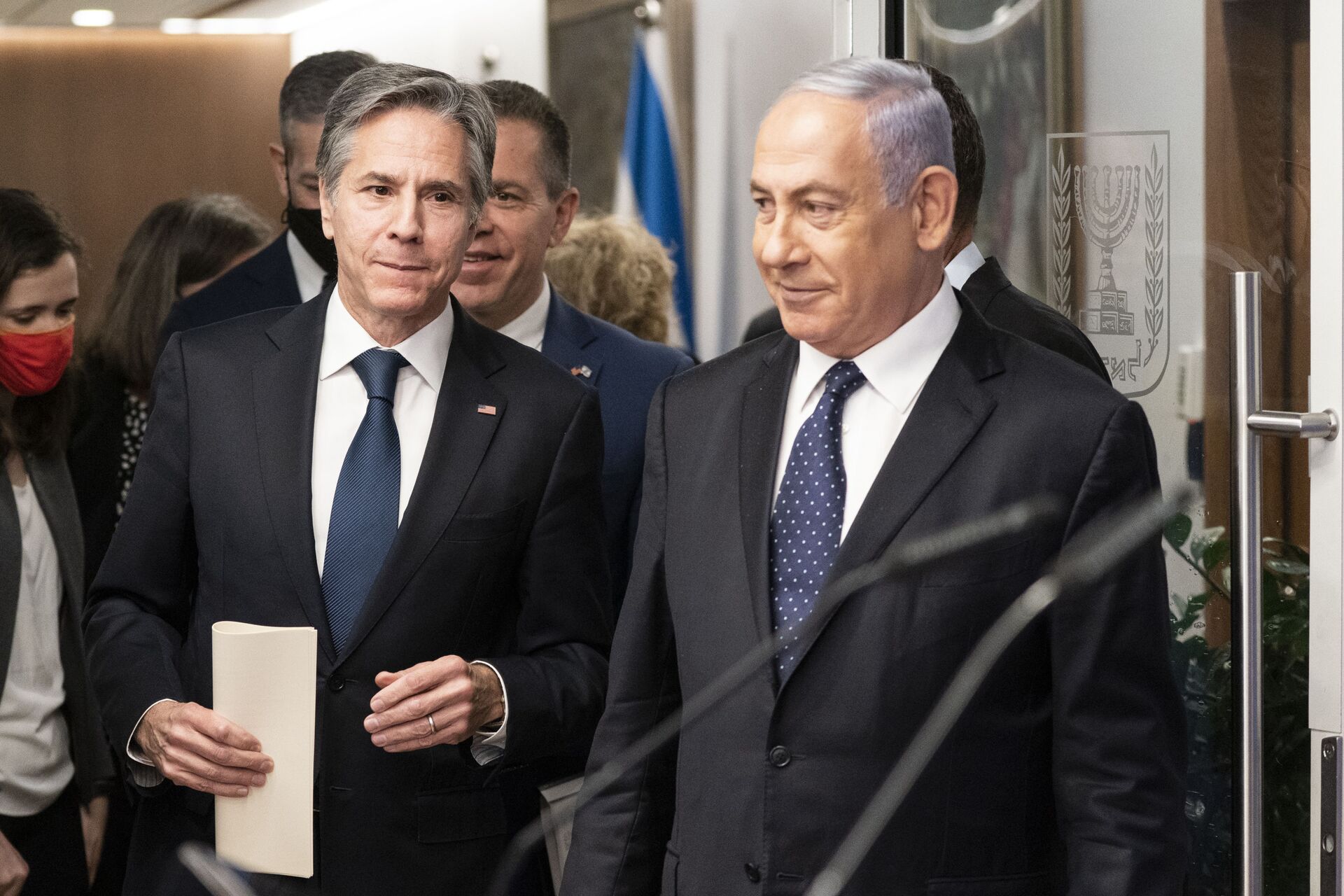 Hamas and Israel agreed to an Egypt-mediated ceasefire on May 20, following 11 days of violence that left deaths on both sides. The number of Palestinians killed in Israeli airstrikes has reached 254, including 64 children, about 1,948 were injured. In Israel, 13 people were killed and at least 50 were seriously wounded.

The recent escalation was triggered earlier in May by an Israeli court's decision to side with Jewish settlers requesting the eviction of several Palestinian families from their homes in East Jerusalem, one of the world's holiest sites. Palestinians hope to create their state in the West Bank and Gaza Strip, with East Jerusalem as its capital. Israel, on the other hand, is hostile to the idea of restoring the previous borders and is even more opposed to the idea of sharing Jerusalem, which it considers its "eternal and indivisible" capital.