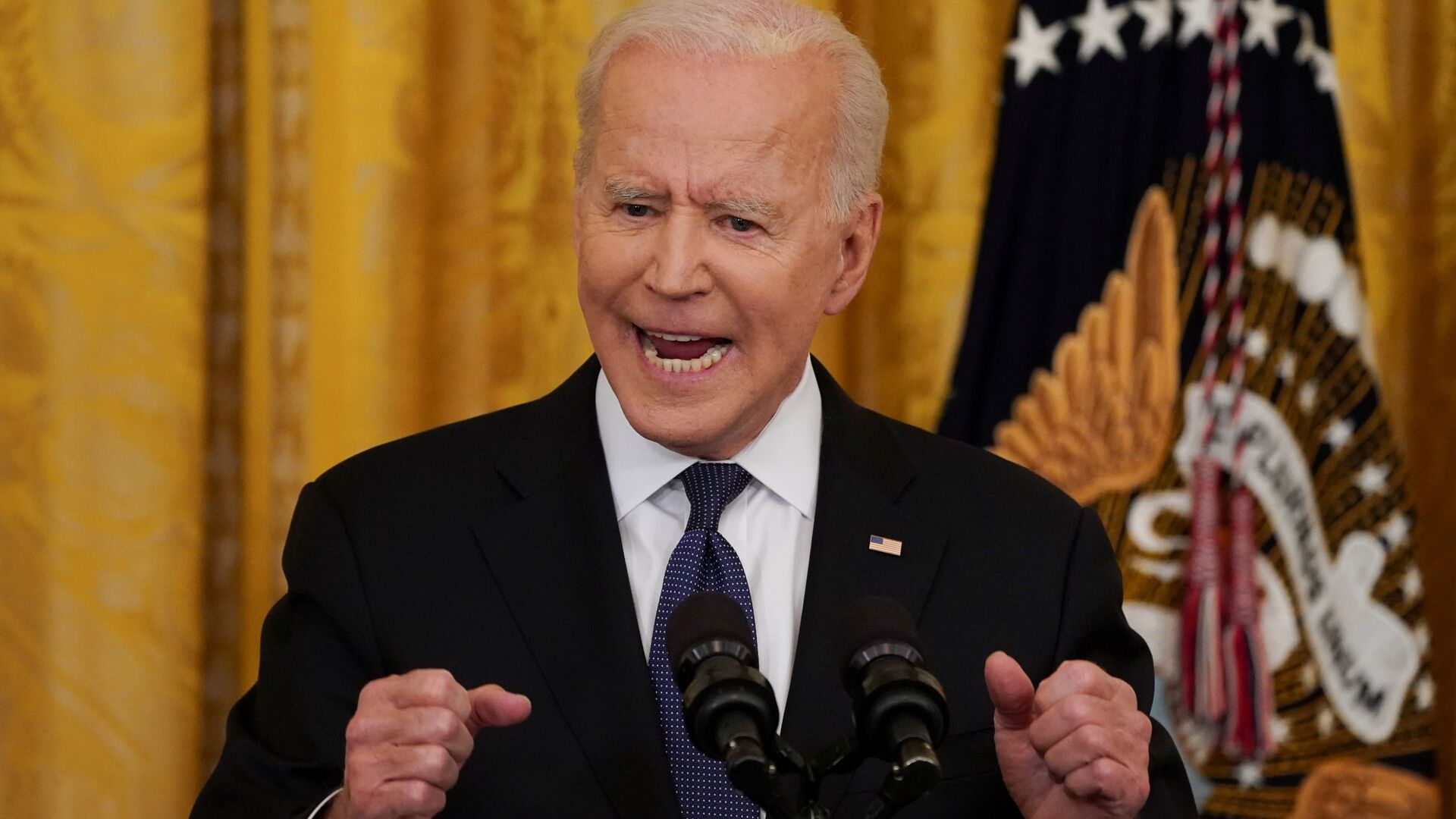 Max Gorbachev
All materialsWrite to the author
The Democrat has often been accused of displaying improper behaviour around women and children. Several women have accused the official of kissing and touching them without their consent. Biden's former aide Tara Reade accused him of sexual assault. He dismissed the accusations, calling them a lie.

US President Joe Biden has been blasted for making an "inappropriate" remark about a young girl. During his speech at military base in Virginia he went off script and spoke about the daughter of a veteran in the audience. The Democrat first complimented her hairstyle, before saying that the girl looks older than her age.

"I tell you what, look at her, she looks like she's 19 years old, sitting there like a little lady with her legs crossed", the president said.

Joe Biden looks at a little girl in the audience, the daughter of a veteran, and says "I love those barrettes in your hair. Man I’ll tell you what, look at her she looks like she's 19 years old sitting there like a little lady with her legs crossed." pic.twitter.com/DbH8ihG2Mj

​The video of his remark went viral and sparked a torrent of negative comments.

​Even supporters of the president seemed upset.

​Others criticised the media for not covering the story, saying the incident would have been in all outlets had it occurred during the presidency of Donald Trump.

This would be front page news on the NYT and the lead story on CNN for two weeks if Trump did this. And no, this isn’t whataboutism

​Still others contended that there was nothing wrong with the comment.

I don't entirely understand why people are so offended...Sure it was a bit of an uncomfortable comment but it seems more like he was saying the way she was sitting was mature. Ya'll exaggerating the whole thing

Lol I said the same about my daughter when she was like 4-5yo. She would sit at her little table with her legs crossed when no one (i know of) taught her to sit that way. I thought it was so ladylike. I thought he commented on her body the way ppl are making a big deal about it

​As mentioned earlier, Biden has a history of making awkward comments about young girls and women. Last October, during a visit to a school he told a group of underage girls that he wants to come back to "see them dancing when they're four years older too". 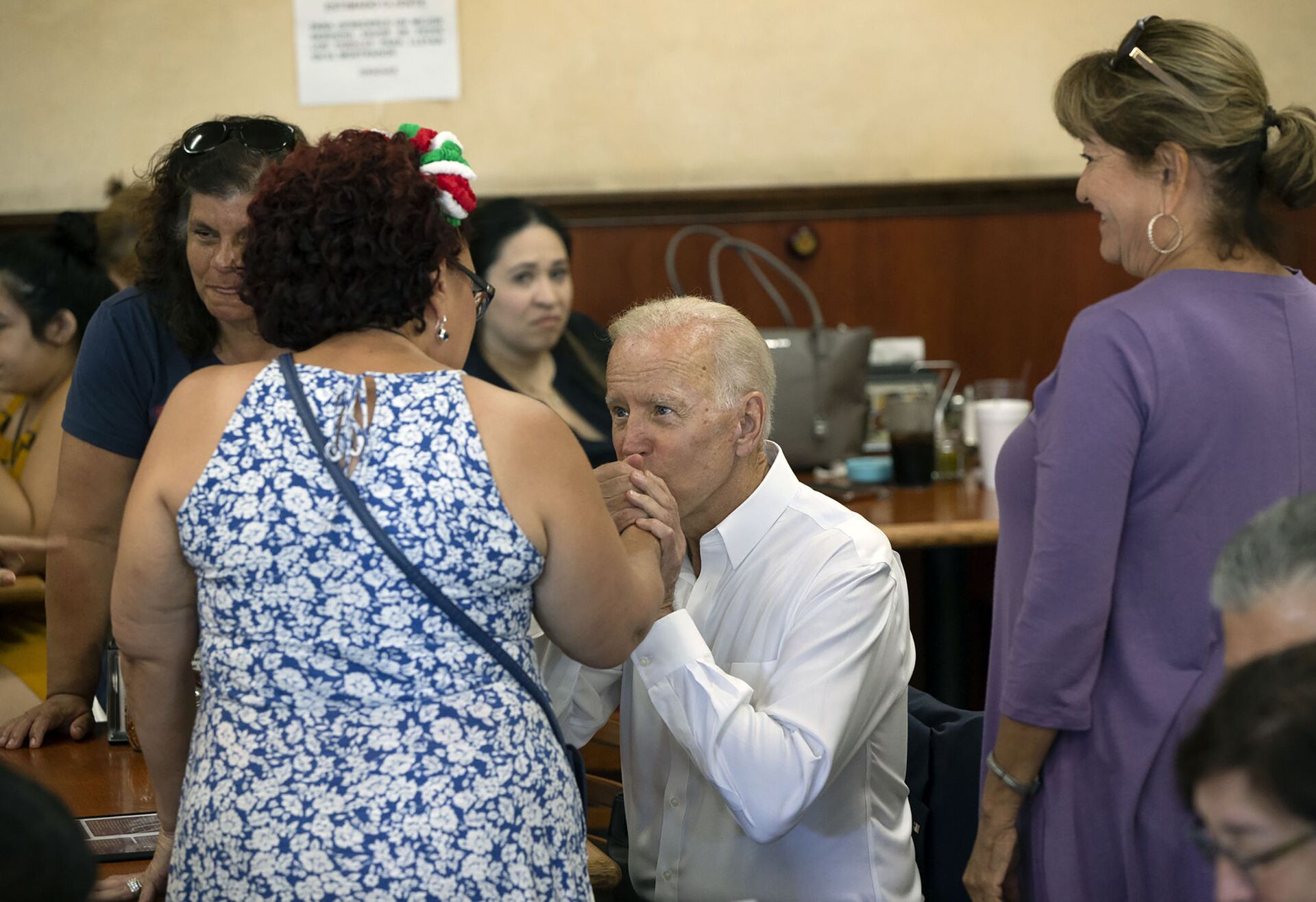 During the 2020 presidential campaign several women accused Biden of inappropriate touching, claiming he kissed them without their consent.

The official recorded a video in which he accepted that social norms have changed and promised to be more respectful of people's personal space.

"I shake hands, I hug people, I grab men and women by the shoulders and say, 'You can do this'. Whether they are women, men, young, old, it's the way I've always been. It's the way I show I care about them, that I listen", he said. "Social norms have begun to change, they've shifted. And the boundaries of protecting personal space have been reset. And I get it. I get it. I hear what they're saying, I understand it. And I'll be much more mindful. That's my responsibility and I'll meet it", he said.

Biden's former aide Tara Reade claimed he sexually assaulted her in 1993. She filed a criminal complaint against the politician, alleging that he penetrated her with his fingers. Police did not look into the matter.