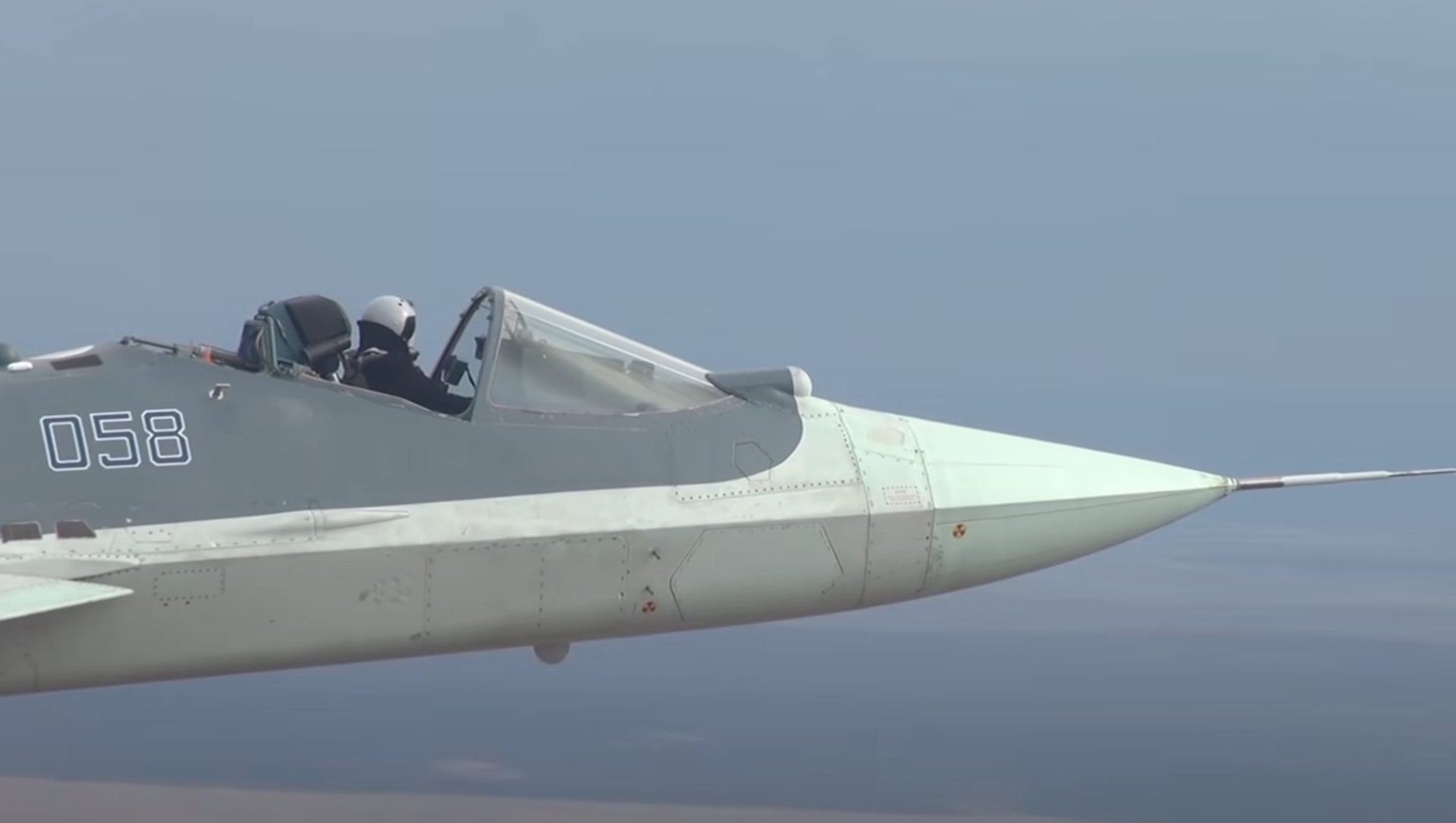 Tim Korso
All materials
For the last several decades, aviation constructor bureaus in Russia have been focusing their efforts on perfecting the design of twin-engine fighter jets, while paying less attention to lightweight fighters.

Russia's Sukhoi Design Bureau is currently working on a completely new fighter jet that will feature a low radar signature, "super manoeuvrability", supersonic speeds of over two Machs, and a thrust vectoring nozzle, a source in the defence industry tells Sputnik. And "nozzle" is not a typo – the new jet will reportedly come equipped with only one engine instead of the two seen on all of the Russian and Soviet-made jets in the few last decades.

That vectoring nozzle is what will give the new lightweight fighter an extra edge in dogfights, where Russia's Su jets already excel and have been globally acclaimed as remarkable opponents.

Sukhoi is reportedly developing a 5th-generation single-engine fighter with a take-off weight of less than 18 tons that will use the same Izdelie 30 engine as the Su-57.https://t.co/P6qPCH2uAuhttps://t.co/HWhNxHLRLG pic.twitter.com/BnT00LQ4H9

Aviation enthusiasts purportedly got a small peek into the design of the reportedly developed jet – an internet user under the handle BMPD recently posted a photo of the Deputy Prime Minister of Russia Yury Borisov's desk with a piece of the model of an unknown fighter jet at the edge of the image. While the nose of the aircraft resembled that of the Su-57, it also had a single air intake in the underbelly – a design typical for US fighters, specifically the F-16. The single instead of double intake suggests a single-engine design, although the image does not reveal the model's tail.

Why Might a New Lightweight Fighter Be Useful for Russia?

The Russian defence industry has long focused on twin-engine fighter jets instead of single-engine aircraft. The twin-engine allows for greater survivability in scenarios where one of the engines is damaged. In addition, the two-engine version was a logical choice considering how vast Russia is, the magazine Popular Mechanics indicated.

However, the lighter single-engine alternative to the Su-57 might prove to be a better dogfighting machine. The thrust vectoring nozzle allows the aircraft to easily gain a "positional advantage" over an adversary, the magazine noted. There is also an added advantage: it will benefit Russia as a major player on the global arms market, Popular Mechanics said, adding:

"Single-engine fighters are useful, too—and could sell well abroad. A Russian version of the F-35 might very well prove popular, so long as it's cheaper to buy and fly", the magazine alleged.

There has, however, been no official confirmation of what was seen on Borisov's table actually being what the new jet will look like. The CEO of Russia's Rostec Corporation, Sergey Chemezov, hinted in December 2020 that the state company was developing a light- or medium-weight combat aircraft, possibly an unmanned plane. Another state enterprise, the United Aircraft Corporation, said in the same year that it had begun working on a new aviation platform that will include among other things the development of a lightweight fighter jet.