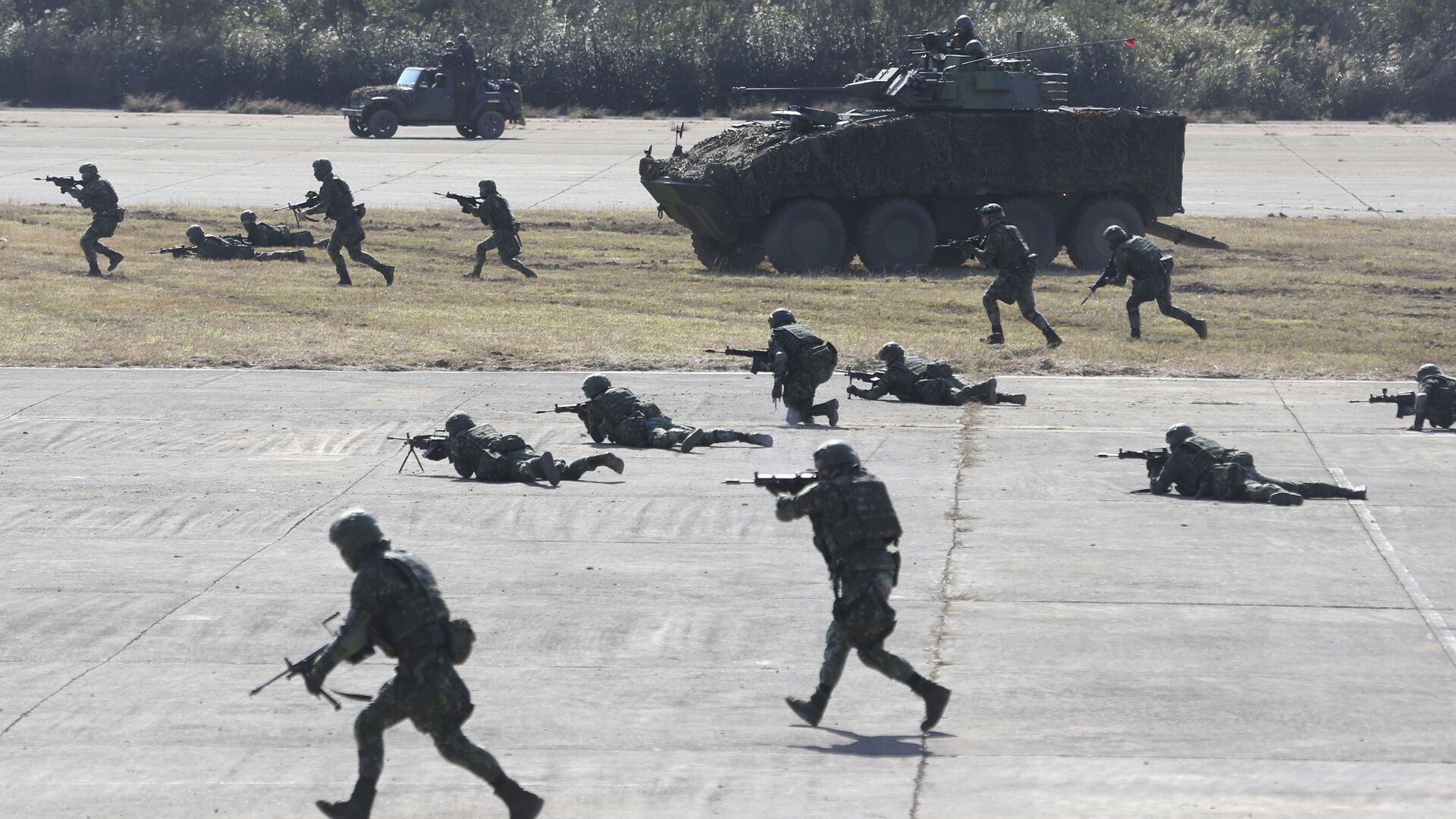 Morgan Artyukhina
All materialsWrite to the author
During the Cold War, the CIA helped coordinate a series of clandestine stay-behind forces in Western European countries rooted in officers of the former fascist governments who would wage irregular warfare if the Soviet Union invaded or a communist movement came to power. Now, a top Pentagon nominee has suggested a similar program for Taiwan.

A nominee to the Pentagon has proposed in his confirmation hearing that the US should train Taiwanese troops on guerrilla fighting in case Chinese forces invade the autonomous island.

Christopher Maier, who was nominated by US President Joe Biden to be the assistant secretary of defense for special operations and low-intensity conflict, told the Senate Armed Services Committee on Thursday that the Pentagon “should strongly consider” helping Taiwanese troops improve their ability to conduct irregular warfare.

"I do think that is something that we should be considering strongly as we think about competition across the span of different capabilities we can apply, [special operations forces] being a key contributor to that," Maier said, according to Military.com. The outlet noted that Sen. Josh Hawley (R-MO) had mentioned special ops previously in the hearing as an option in Taiwan, based on their past utility in the Baltic states.

Irregular warfare, or guerrilla war, can include anything from ambush tactics to terrorism and assassinations by soldiers able to blend into the civilian population. Maier suggesting employing the strategy in Taiwan seems to be a concession that China would readily destroy the Taiwanese government, since irregular war is nearly always waged by non-state actors against state militaries, and that the struggle would become one for the hearts and minds of the people of Taiwan.

Washington’s relationship with the Taiwanese government is informal, but openly admitted to. Still, when the US sends forces to Taiwan, such as the US Marines who arrived to train their Taiwanese counterparts for four weeks last November, they generally try to stay quiet about it or deny the reports.

Maier was very concerned about the possibility of a Chinese amphibious invasion. The People’s Liberation Army Navy has considerably expanded its amphibious forces in recent years, building landing platform docks and a new line of amphibious landing craft. In April, the PLAN commissioned its first amphibious assault ship, the Type 075 landing helicopter dock Hainan, which is the size of a World War II-era aircraft carrier. While its marine corps has remained small despite recent expansion, Beijing reportedly has plans to increase it to a force of more than 100,000 marines, according to the US Naval Institute. 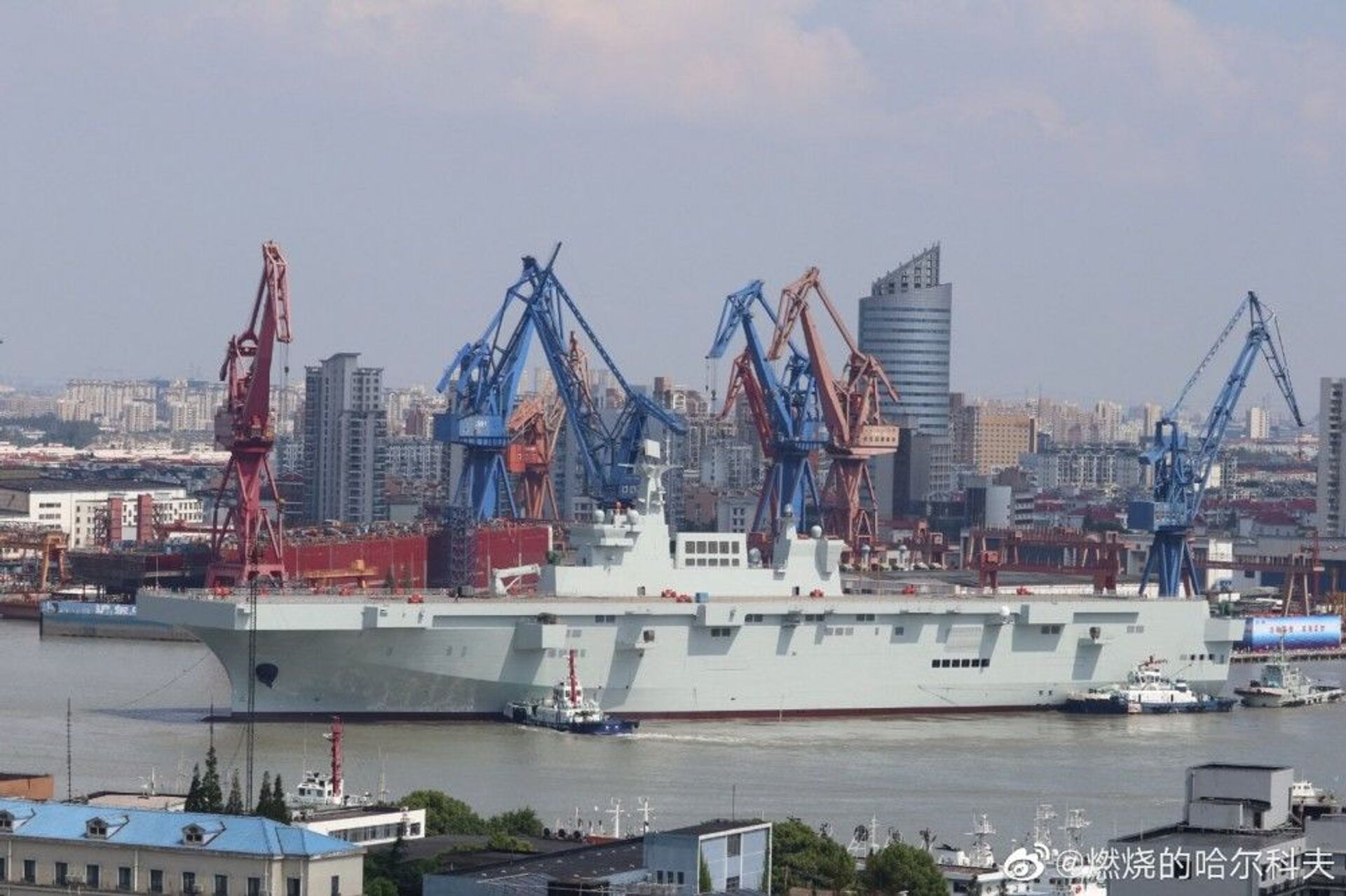 Under the administration of former US President Donald Trump, US relations with Taiwan reached their zenith thus far, aided by the parallel coming to power of a pro-independence government in Taipei under President Tsai Ing-wen. Although Beijing considers Taiwan to be a province in rebellion, and thus US support for Taiwan to be meddling in internal Chinese affairs, Tsai’s government has distanced itself from the idea that Taiwan is a part of China. Previous Taiwanese governments have said they were the legitimate government of all of China and the socialist People’s Republic of China in Beijing are illegitimate usurpers.

Washington’s path under Biden has not changed. Where Trump offered a record number of weapons sales to Taiwan, Biden is likely to continue: reports emerged last month from Taiwan that the US was preparing to offer the island a sale of 40 M109A6 Paladin self-propelled artillery units for $610 million. Taiwan has also made clear it still wants to buy AGM-158 Joint Air-to-Surface Standoff Missiles (JASSM) cruise missiles capable of striking well inside mainland China as well.

These are on top of Trump-era sales, which include advanced jet fighters, drones, shore-based anti-ship missiles and torpedoes, and communications equipment, among other items.