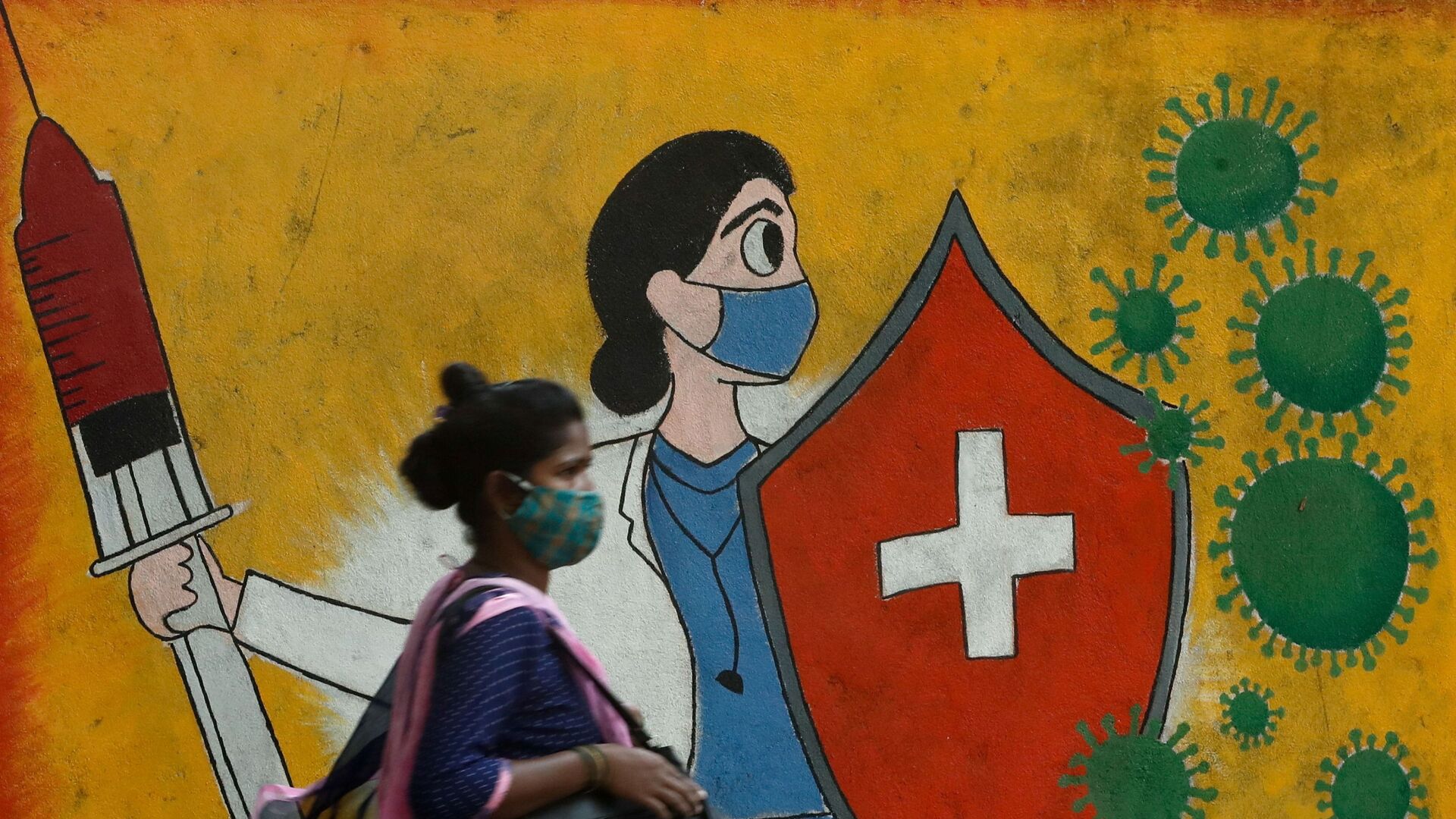 Dhairya Maheshwari
All materials
New Delhi’s remarks on the ongoing dispute over the origins of the coronavirus come against the backdrop of US President Joe Biden calling on all “like-minded” partners to press China to participate in an “evidence-based” and “transparent” investigation into where the virus came from.

India on Friday said that the World Health Organisation's (WHO) probe into the origins of COVID-19 was an "important first step", as it backed growing calls for further studies to investigate the outbreak.

"The follow-up of the WHO report and further studies deserve the understanding and cooperation of all", Indian External Affairs Ministry spokesperson Arindam Bagchi said in response to a question.

The official remarks come a day after US President Joe Biden said that the US intelligence community wasn't sure if the novel coronavirus leaked from a lab or was transmitted to humans from an infected animal, as he gave another 90 days to researchers for further investigation.

“As of today, the US Intelligence Community has 'coalesced around two likely scenarios' but has not reached a definitive conclusion on this question. Here is their current position: while two elements in the IC leans toward the former scenario (animal to human transmission) and one leans more toward the latter (lab accident theory) – each with low or moderate confidence – the majority of elements do not believe there is sufficient information to assess one to be more likely than the other”, Biden said in a statement.

The US president further said that Washington would be working with “like-minded partners” around the world in the coming days to press China to participate in “evidence-based” and “transparent” investigation into the origins of the virus.

US Intel Reportedly Has ‘Still-Unexamined Evidence’ to Shed More Light on COVID-19 Origins
Besides the US, Australia, Japan, and Portugal have also called for a comprehensive investigation into the origins of the virus at the ongoing session of the World Health Assembly (WHA), the main decision-making group of the World Health Organisation.

India’s federal Health Minister Dr Harsh Vardhan, the current chair of the WHO Executive Board, told the WHA this week that there must be a probe to “identify the zoonotic source” of the virus, as he carefully avoided any reference to the dispute around its potential artificial origins.

The WHA will decide if the calls for a renewed probe into the origins of the coronavirus deserve any further international investigation.

A previous probe backed by the WHO returned with no definite answers regarding the origins of the virus, stating that the probability of it being transmitted from bats to humans was the most likely scenario. The report claimed that it was “extremely unlikely” that SARS-CoV-2 was leaked to the world as a result of a laboratory accident.

WHO Director General Dr Tedros Adhanom Ghebreyesus, however, has refused to rule out any option, as the international body deliberates on a further course of action.

China has rejected that the SARS-CoV-2 virus originated in a Wuhan wet market, instead arguing that the COVID pandemic is the result of “several outbreaks” across the world, including in the US.

Chinese Foreign Minister Wang Yi has also dismissed the lab-origin theory, arguing that the pandemic was likely caused by “separate outbreaks” in multiple places across the world. Wang has further fended off allegations that China hid the extent of the outbreak, stating that Beijing “raced against time” to report the first case to the world.