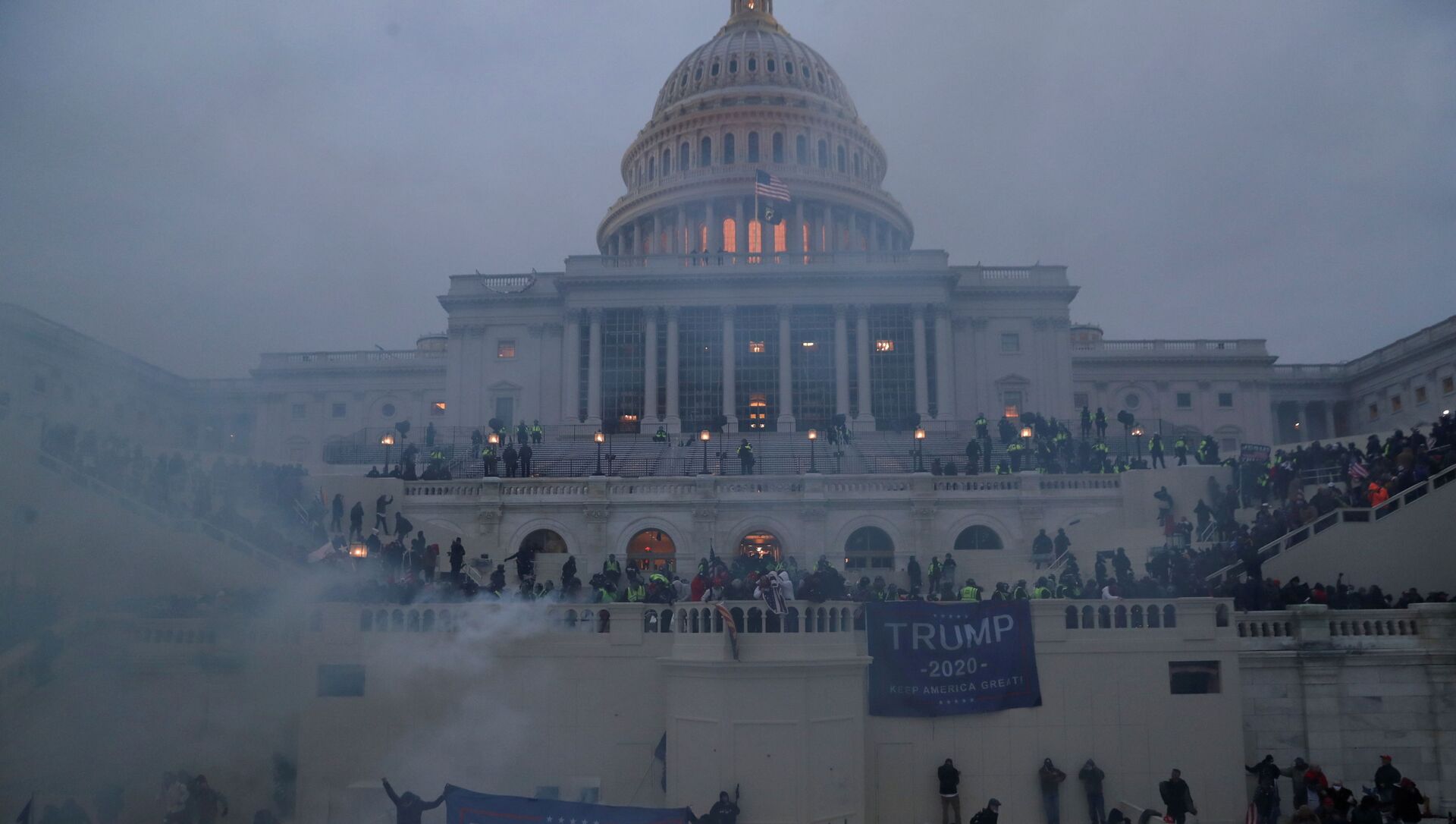 Tim Korso
All materials
Democrats claim that former President Donald Trump was responsible for riling up a crowd of his supporters to storm the Capitol, when it was validating the election results. Trump and most of the GOP dismiss such allegations.

The bill proposing the creation of a bipartisan committee to probe the 6 January Capitol riot is about to land in the Senate, after being okayed in the Democratic-controlled House. However, unlike the House, the Senate is likely to meet it with more opposition due to being evenly split between the two parties and the existence of the filibuster – a mechanism that allows a minority party to prevent most bills from passing unless they are negotiated in a bipartisan manner.

Democrats will need to win over 10 GOP senators in order to overcome the filibuster, but this will not be an easy task because most Republicans oppose the idea of creating another body dedicated to probing the origins of the siege of the Capitol by an angry mob on 6 January. Here is what we know so far about the chances of the bill passing the upper chamber of Congress:

An absolute majority of Democrats in Congress support the idea of establishing a 10-member commission divided evenly between the two parties to investigate the 6 January events. A total of 217 House Democrats voted in favour of it, with only two abstaining. There are no grounds to believe that any of the Democrats in the split upper chamber will defect, although the party may face some issues.

The Democratic Party has repeatedly raised the issue of limiting or eliminating the filibuster, including in light of its possible use to stop the 6 January committee bill from passing. However, this matter enjoys less support in the party's ranks. West Virginia Democrat, Senator Joe Manchin, for example, strongly opposes the idea.

Senator Lisa Murkowski (R-AK), expressed support for the initiative although she said she was disappointed by the lack of emphasis on establishing an "independent commission" in the bill's text. Yet, she is likely to vote in favour of passing it, especially if Democrats make certain amendments to the wording or mechanisms of forming the committee.

"[Such a commission] would be an opportunity for us to have an independent review of this while we do our work", Murkowski said of her view on how the bill should have been worded.

Another Senate Republican, Susan Collins of Maine, is also considering supporting the establishment of the 6 January committee, but, just like Murkowski, she is not content with its wording. Collins floated the idea of passing an amendment that would ensure that not only will the new body be evenly divided between the two parties, but that the GOP will also have an even say in the staff selection process.

One more Republican has conditioned his support for the 6 January commission bill on the passing of Collins' amendment. Louisiana Senator Bill Cassidy said he is ready to consider backing the initiative if the staffing concerns are alleviated. 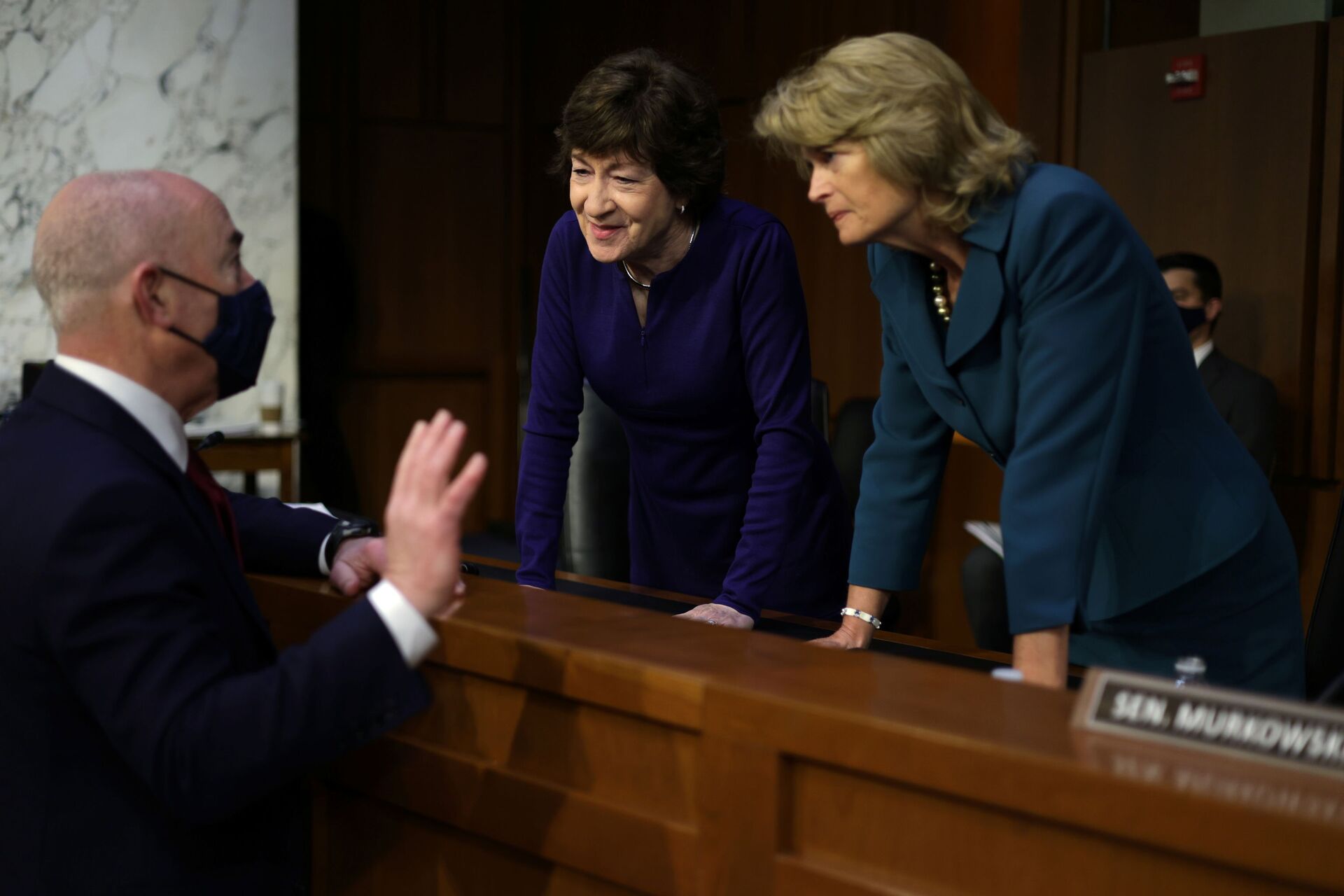 Murkowski, Collins, and Cassidy are three of the few Republicans who voted in favour of convicting Trump for alleged incitement to insurrection on 6 January. Murkowski and Cassidy were later censured by their state GOP chapters over this decision, so their support for the 6 January commission bill is unlikely to sway many other Republican senators, yet they may incline four other GOP senators who voted against Trump in the second impeachment trial, to back the new bill – namely Ben Sasse of Nebraska, Richard Burr of North Carolina, Pat Toomey of Pennsylvania, and Mitt Romney of Utah.

GOP Senators Who Will Most Likely Reject the Bill

Even if Democrats win the support of the seven Republicans who voted against Trump in the second impeachment, it will not be enough to push the bill past the filibuster. The likelihood of securing the backing of three more GOP members appears dim at the moment. GOP Senate leader Mitch McConnell has unequivocally indicated he is going to oppose the initiative. He argues that it mires the country in the past instead of moving forward after the events of 6 January, which he later condemned.

"I think that this is purely political exercise that adds nothing to the subtotal of information", McConnell suggested.

In addition, many Republicans cite concerns that the investigative commission, which is likely to once again explore Donald Trump's alleged influence on the events, might affect the 2022 electoral cycle. While the 6 January commission is supposed to complete its work by the end of 2021, some GOP members have expressed doubt that it would meet the deadline, suggesting that there are quicker ways of determining the truth.

Senator John Cornyn (R-TX) indicated that both House and Senate committees are already looking into the matter and that it is likely they will complete their probes quicker than the proposed 6 January commission, which looks redundant. Since many of the said Senators are facing re-election next year, they'll likely be reluctant to take any risks that might harm their chances at the ballot box. The only person that appears not to be afraid of any issues is Murkowski, who is already facing trouble in 2022 due to Donald Trump campaigning to vote her out as Alaska senator in favour of another GOP member.