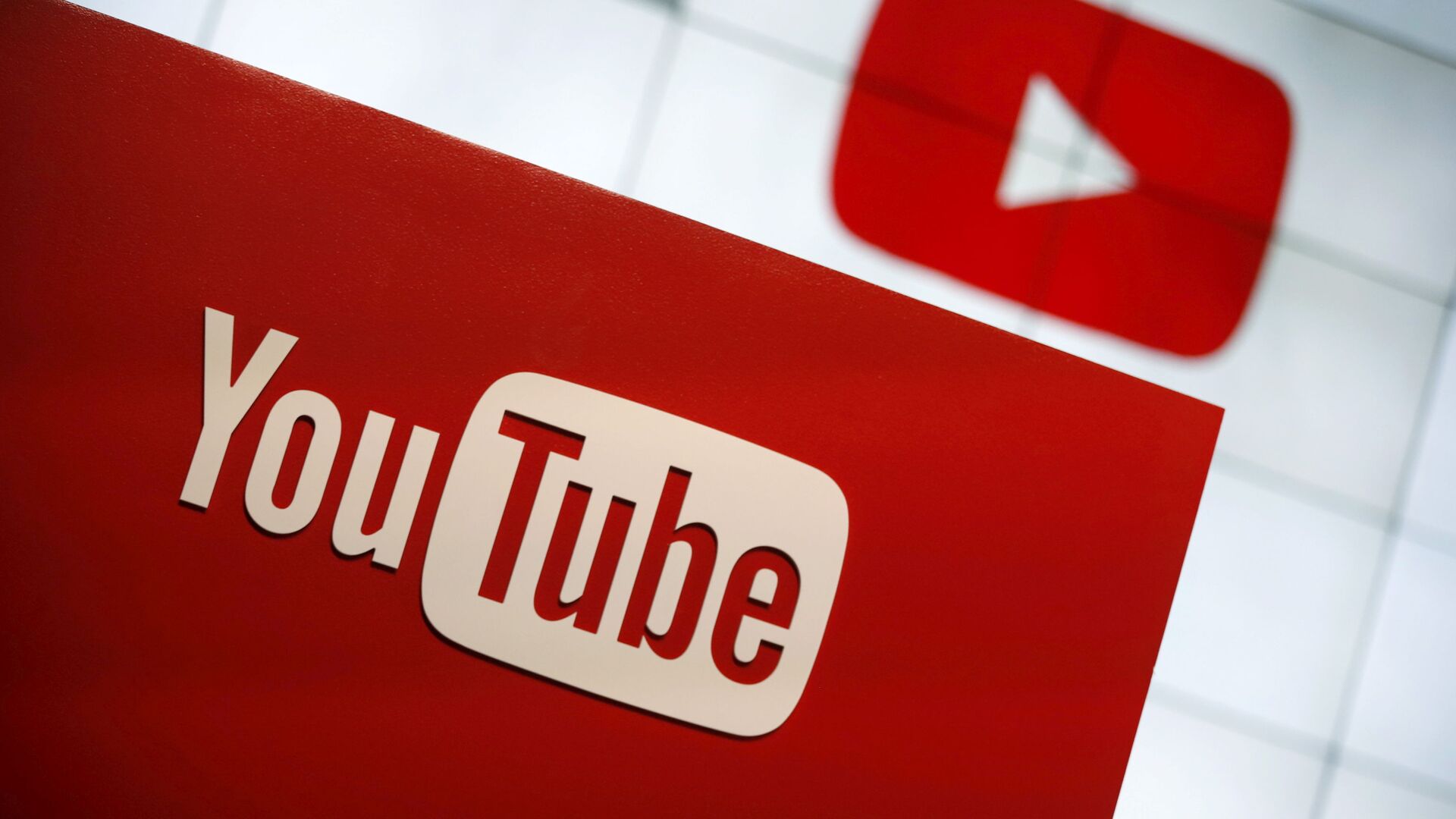 TORONTO (Sputnik) - New legislation introduced by the government of Prime Minister Justin Trudeau to overhaul Canada's media framework is an assault on free speech and freedom of the press, content creators told Sputnik.

On November 3, Trudeau's Minister of Canadian Heritage, Steven Guilbeault, who oversees the country's media and culture sectors, introduced Bill C-10 - An Act to amend the Broadcasting Act and to make related and consequential amendments to other Acts – in the House of Commons.

Trudeau, Guilbeault and other high-ranking government officials claim the bill is intended to loosen international social media goliaths' grip on the country's media landscape, ensure that Canadian media giants are duly paid for their content disseminated through social networks and overhaul an outdated media framework.

Critics, however, say that the bill is a cynical attack on freedom of speech and the press in Canada, pointing to the removal of a clause - at the last second before the legislation was to be reviewed by the parliamentary committee on Canadian heritage - that protected independent content creators from government oversight.

Driving the debate are the potentially sweeping powers that would be granted to Canada's state broadcasting and telecommunications regulator, the Canadian Radio-television and Telecommunications Commission (CRTC), under the new legislation.

The CRTC - established in 1976 - regulates everything from the amount of so-called Canadian content broadcast via television and radio to the channels included in Canadians' digital TV packages. To date, the agency's regulatory mandate has been restricted to established media outlets, primarily television and radio; however, the new legislation would allow it to police anything published through social media by equating the platforms to traditional broadcasters.

Despite Trudeau lauding Canada as the "first postnational state" in a New York Times interview upon assuming power in 2015, Guilbeault has indicated that the legislation is about protecting Canadian culture and ensuring it remains adequately funded.

Canadian Gov't Wants to Scare Protesters With COVID Restrictions, Rights Activist Says
Canada has an extensive history of combatting foreign influence on its culture. The CRTC's cultural predecessor and the existing state broadcaster CBC's immediate precursor, the Canadian Radio Broadcasting Commission (CRBC), was established in 1932 based on the recommendations of a 1929 report that sounded the alarm over Canadians' excessive exposure to US media at a time when radio broadcasting was revolutionizing mass media.

Aside from scoffs at the discrepancy between Trudeau's infamous 'postnational' quip and today's onus on protecting Canadian culture, critics question the efficacy of artificially promoting Canadian content.

In a Washington Post op-ed, one of the country's best-known political YouTubers, J.J. McCullough, who has been vocal in his opposition to the bill, argued that hundreds of Canadian YouTube stars have flourished and produced quality content without government intervention.

Others, however, see something more nefarious at play. 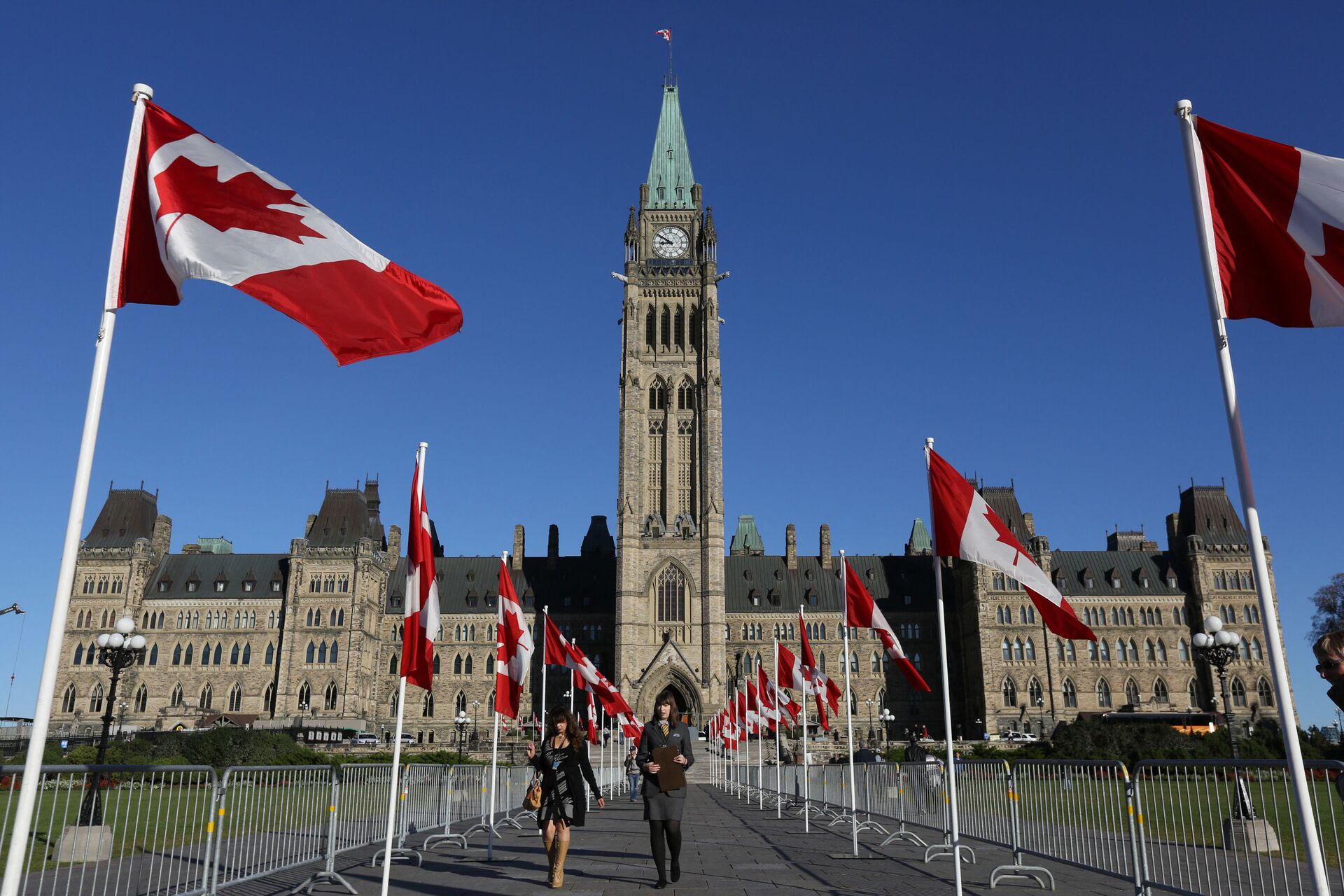 The report, along with Guilbeault's infamous interview in which he said that Ottawa would pursue media licensing, drew widespread condemnation, with then-official opposition leader Andrew Scheer calling the proposed changes Orwellian, forcing Trudeau to quell the firestorm, promising that the government would not impose licensing on press agencies or regulate their content.

Amongst independent media and even some closer to the Prime Minister's Office (PMO), there is a growing perception that the Trudeau government is tightening its grip on the Canadian media landscape. Many viewed the governing Liberals' $450 million "media bailout" in 2019, which was offered to outlets registered as qualified Canadian journalism organizations (QCJO), as confirmation of their fears.

In his federal TV appearances intended to rationalize the legislation, Guilbeault has only reinforced the existing perceptions. In an interview earlier this month, Trudeau's communications czar suggested that the legislation could impact users with large social media followings, who "are broadcasters or who act like broadcasters." In another interview, Guilbeault struggled to explain why his department removed the clause protecting individual content creators.

The disastrous performances on federal channels have led to criticism that, perhaps, the minister hadn't actually read the proposed legislation; Guilbeault refuted the assertion in a testy exchange during a parliamentary Question Period session.

Freiheit believes that, regardless of the intent, the legislation will only advance what he describes as an "incestuous relationship" between the federal government and the media.

"It’s a manner of really empowering your media allies, which is what it seems to be doing. This is not going to penalize the CBC or other entities that already get hundreds of millions of dollars from the federal government. This is going to penalize the independent creators, it’s now going increase their cost of doing business when they're not getting any of these subsidies from the government in the first place. So, whether or not the intent, the outcome seems relatively obvious," Freiheit said.

Others are more categorical in their assessment.

One of Canada's most visible parliamentarians, the Conservative Party's jobs and industry critic, Pierre Poilievre, who maintains a larger YouTube following than the prime minister, wondered if he would become subject to regulation under the new rules.

"My YouTube channel has twice as many subscribers as the Prime Minister and has had 16.8 million views. Is that big enough to be subjected to your regulations," Poilievre mused via Twitter.

"I have a million more YouTube subscribers than our national broadcaster CBC. So, does that make me a broadcaster to be regulated by Trudeau's pathetic minions? Or does it just indicate that CBC is a failure, despite the fortune it takes in in public subsidy," Peterson said in a scathing Tweet.

Some fret that the legislation will see them taken offline permanently. 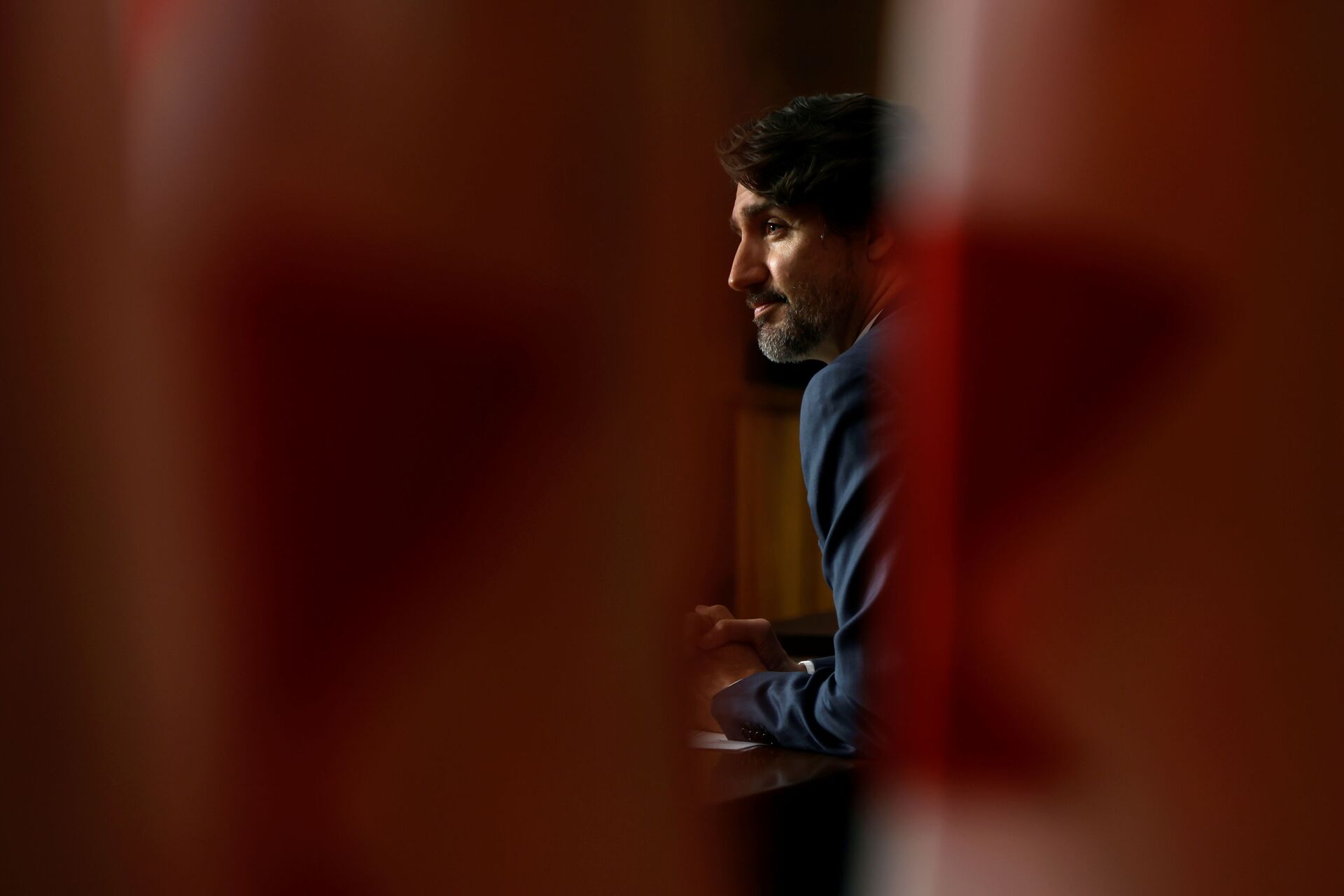 Ezra Levant, one of Trudeau's fiercest critics, says the prime minister makes no effort to conceal his intention to censor Rebel News, the firebrand Conservative outlet he founded, and Bill C-10 would pave the way for this by circumventing Canada's Charter of Rights and Freedoms, which guarantees freedom of the press.

"Justin Trudeau has made it clear that censoring Rebel News is his political goal," Levant told Sputnik, citing statements made by Trudeau and other top Canadian officials about the outlet and the measures taken to impede its work.

During the 2019 national election campaign, Rebel News and another conservative outlet, the True North Centre for Public Policy, had to fight the Leaders' Debates Commission in Federal Court to attend the debate and participate in the question-and-answer session with the candidates.

"The courts have not been kind to Trudeau's censorship of us. But if he can outsource his censorship to YouTube, Facebook, Twitter and other social media companies, and pressure them to deplatform us, he can achieve his goal without any judicial review or transparency at all," Levant said.

Canadian Gov't's Move to Hire Influencers to Tout its Work is a 'Form of Propaganda', Journo Says
Nevertheless, most content creators are also aware that the new rules could work to their benefit by advancing their content through the new "discoverability" requirements included in the legislation. However, the creators say they are not looking to reap the potential benefits of a new regulatory regime and would prefer to enjoy the benefits of the freedom of creativity and let their work stand for itself.

"My worst fear would be that [C-10] would effectively cripple my channel… but I'm still concerned that it could artificially promote my channel because what could be more Canadian content than a Canadian making content out of his car in Montreal," Freiheit said, echoing what other YouTubers have said since debate around the bill intensified.

Amid the growing controversy, the government shelved the legislation while the Justice Department reviewed allegations that the bill violated the Charter of Rights. However, Trudeau’s Minister of Justice and Attorney General David Lametti has since concluded that the bill does not violate social media users' free speech rights.

While Guilbeault has urged parliamentarians to approve the proposed legislation expeditiously and has the support of three opposition parties – enough votes to see it sail through the House of Commons – Bill C-10, nevertheless, faces an uphill battle with the Conservative Party digging in against it and public opinion not in the government's favor.

Media outlet, The Hub, reported that a Public Square and Maru/Blue poll conducted last month found that most Canadians are either unfamiliar or vaguely familiar with the bill; however, those actively monitoring the situation oppose the legislation by a near 2 to 1 margin.