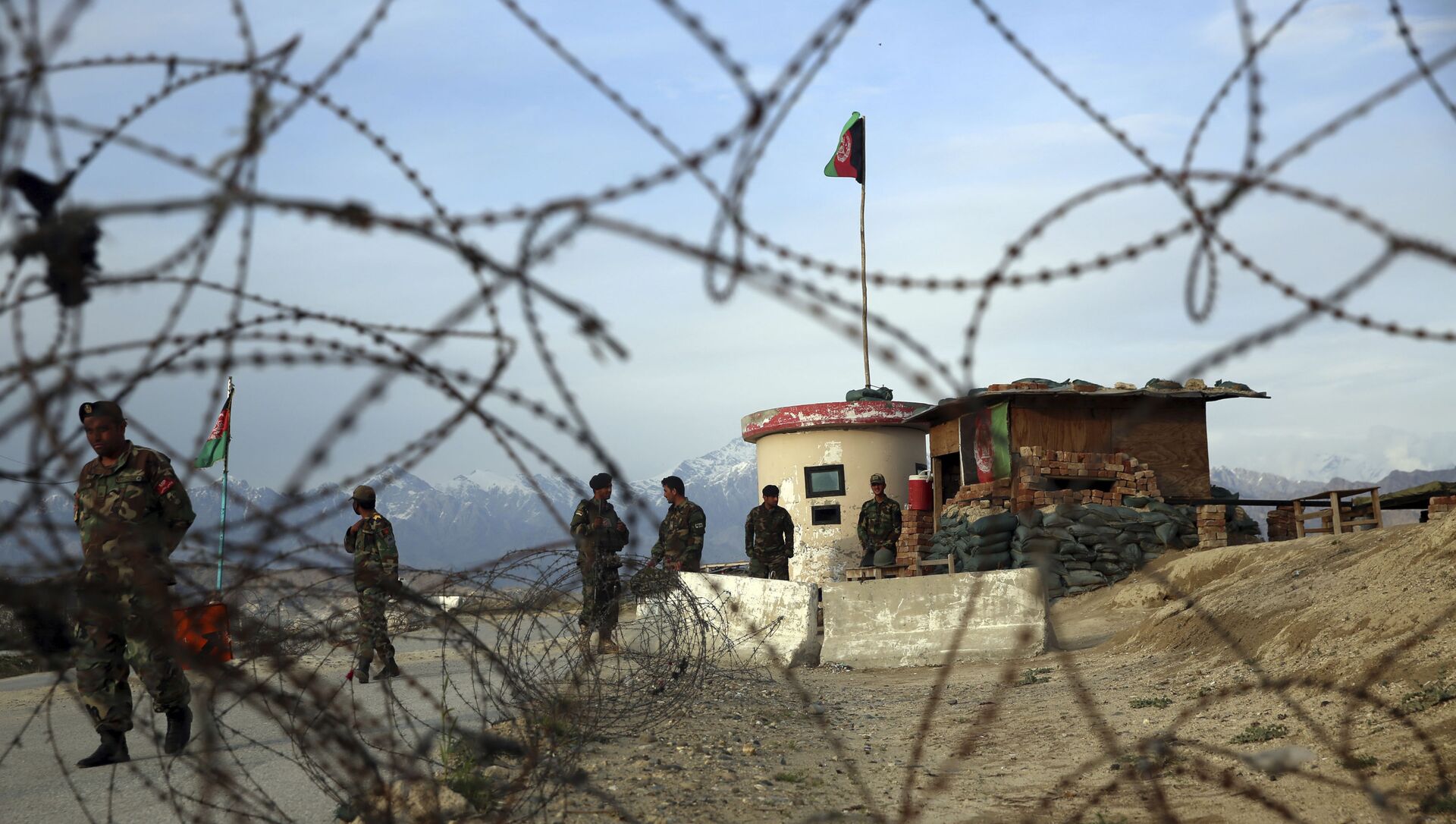 Morgan Artyukhina
All materialsWrite to the author
According to a report by the New York Times, dozens of outposts and bases belonging to the Afghan National Army have surrendered to the Taliban in the last month, part of a demoralizing sweep intended to maximize the impact of the US pullout on Afghan forces.

According to the report, at least 26 installations in Laghman, Baghlan, Wardak and Ghazni provinces have decided since May 1 that their chances fared better if they accepted Taliban terms of surrender rather than waiting it out for reinforcements that might never arrive.

Many of the surrendering men have reportedly been given money and civilian clothes and sent on their way, after taping them making a statement that they would not rejoin the Afghan military and giving the Taliban their contact information.

May 1 is also when the thousands of US troops deployed to Afghanistan as part of Operation Resolute Support began their final withdrawal, which is due to be completed by September 11, 2021, exactly 21 years since the terrorist attacks that sent US forces to Afghanistan in the first place.

The US launched an invasion in October 2001 that quickly deposed the Islamic fundamentalist Taliban government then in power, which had harbored the al-Qaeda terrorists responsible for the attacks on the World Trade Center and Pentagon that killed more than 3,000 people. However, the US quickly became bogged down in a counterinsurgency fight against the Taliban and other groups in the countryside, who it has never been able to beat.

As a result, the US was forced to agree to a ceasefire with the Taliban in February 2020, under the terms of which US forces would totally leave Afghanistan by May 1, 2021. When US President Joe Biden said this past spring that US troops wouldn’t leave until September, the Taliban said it could resume attacks on US forces.

In the face of steady territorial losses to the Taliban in recent years, the Trump administration in 2019 ordered the Resolute Support mission to stop publishing district control numbers. By the eve of the February 2020 deal, Special Inspector General for Afghanistan Reconstruction JohnSopko stated that so much of the war had gone dark that “we don’t know” basic things like the size of the Afghan army and police forces whose salaries are paid by the US.

“Every time we find something that looks like it’s going negative, it gets classified,” Sopko told Congress at the time. “Most of the [methods] of measuring success are now classified.”

Figures opposed to the US withdrawal have noted a variety of dangers should Washington leave the Kabul government to its own devices, including the further loss of rights for Afghan women and the possibility that the Afghan government could collapse entirely and the Taliban could return to power. The war has killed hundreds of thousands of Afghans directly and indirectly and displaced millions more.