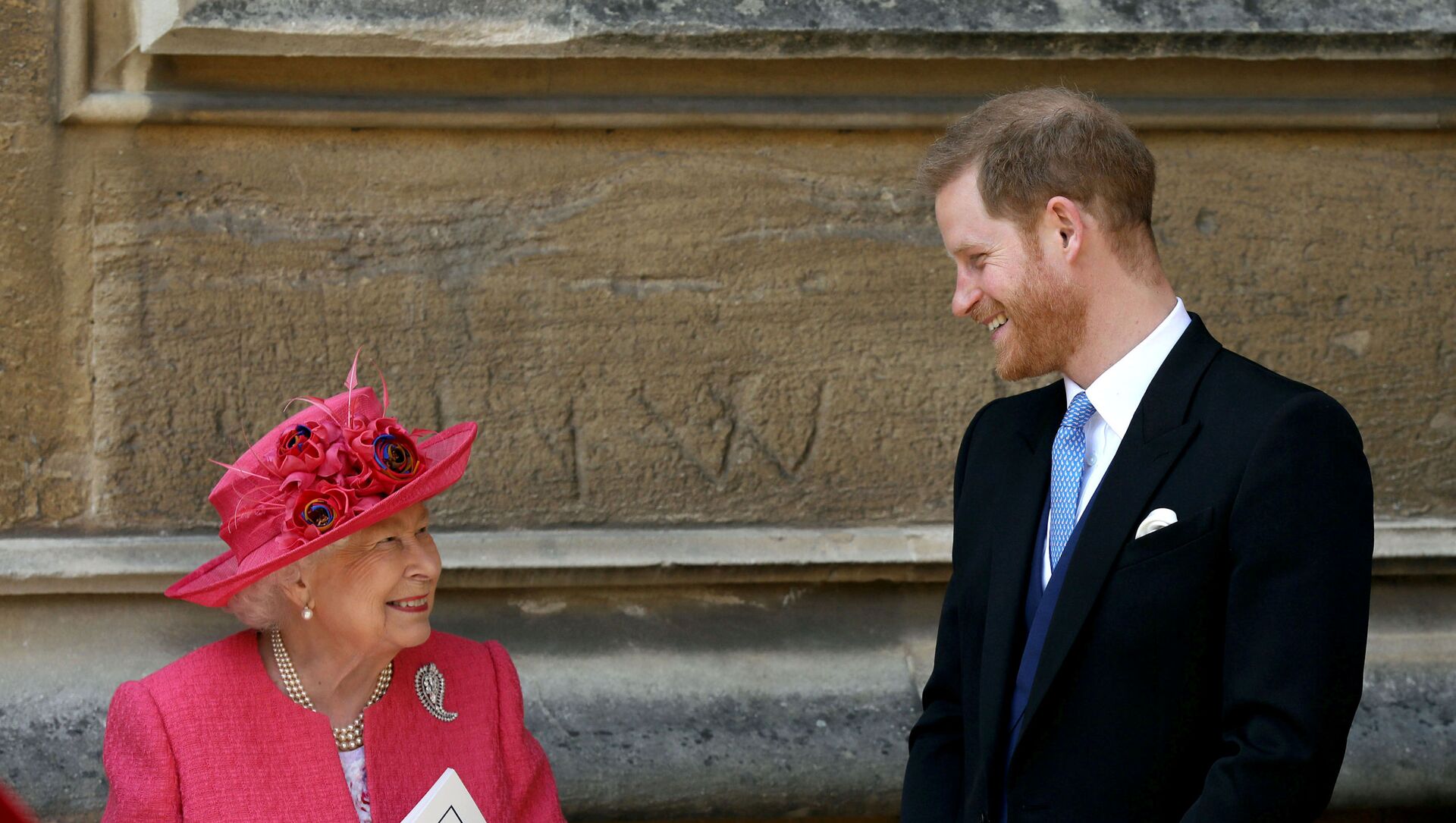 © REUTERS / POOL
Subscribe
Max Gorbachev
All materialsWrite to the author
In 2019, the Duke of Sussex announced that he had teamed up with Apple TV+ to create a series dedicated to honest discussions about mental health. The show, which aired recently, is hosted by famous US host Oprah Winfrey and features testimonies from ordinary people and celebrities, including Prince Harry himself.

Prince Harry tricked Queen Elizabeth II into giving the green light to his TV shows, the Daily Mail has reported citing royal insiders. According to them, when the monarch approved "The Me You Can't See" series she thought it would be about veterans' mental health as in palace circles the Duke of Sussex spoke about the importance of retired servicemen getting mental health support.

Insiders say the 36-year-old did not reveal that he would himself speak on the show and make revelations about life inside the palace, let alone make accusations against members of the Royal Family.

The way the royal pitched the show was "clearly misleading" and no one would have agreed to what they now see as a "personal attack on his father and [the] institution", the sources told the newspaper, adding that Harry has the freedom to speak his truth, but there has always been "an understanding of accountability".

"It is a question of trust, and honestly any of that is hanging by a thread at the moment. No one within the Palace circles has anything but sympathy for Harry's trauma and troubled life, but there is upset and discomfort at him sharing it on an international television show. Certainly, the intimate detail of his hardships paint a very negative picture of his family and upbringing. Many people have a different view", the insiders told the newspaper.

What Did the Duke of Sussex Say?

In "The Me You Can't See", the royal opened up about his mental issues following the tragic death of his mother Princess Diana in 1997. The Duke revealed the incident left him traumatised, making him abuse drugs and alcohol.

"For me, the thing I remember the most was the sound of the horses' hooves going along the pavement. Along the Mall, the Red Brick Road. By this point I was, both of us [he and his elder brother William] were in shock. It was like I was outside of my body and just walking along doing what was expected of me", the royal said.

The Duke of Sussex then spoke about life inside the Palace, touching upon everything – from his father's parenting style and constant media scrutiny, to the decision quit royal life in January 2020. He accused the family of "total neglect" when he and his wife asked for help in dealing with harassment by the UK press.

"I thought my family would help, but every single ask, request, warning, whatever it is, just got met with total silence, total neglect. We spent four years trying to make it work. We did everything that we possibly could to stay there and carry on doing the role and doing the job. But Meghan was struggling", he said.

Prince Harry then accused the Firm - the nickname for senior members of the family and royal staff - of "smearing" Meghan Markle.

This is not the first time the Duke of Sussex has criticised his family. In March, he and his wife gave a tell-all interview to Oprah Winfrey, with the couple accusing the Palace of racism and perpetuating falsehoods about them.

000000
Popular comments
Royal Family as the BBC don't like the truth. They(RF/BBC) are there to tell people the "truth" so they are obviously a bit confused when the truth hits them from their own side. Welcome to Britistan!

kernel.panic999
27 May, 11:49 GMT1
000000
It is a generational symptom. Children do not belong anymore to their parents but to the Zionist media that seek to undermine the family cell. The reality is that the UK Queen lives 100-years behind. 50-years ago women with a baby out of a wedding look were taken away for adoption because the mother was dirty in England with the approval of the Royals. Presently the UK Royal represents the UK society; Pedophilic, divorces, wife stealing, and idiots, and more. It is just a UK normal ‘media’ society. Harry cannot be different.