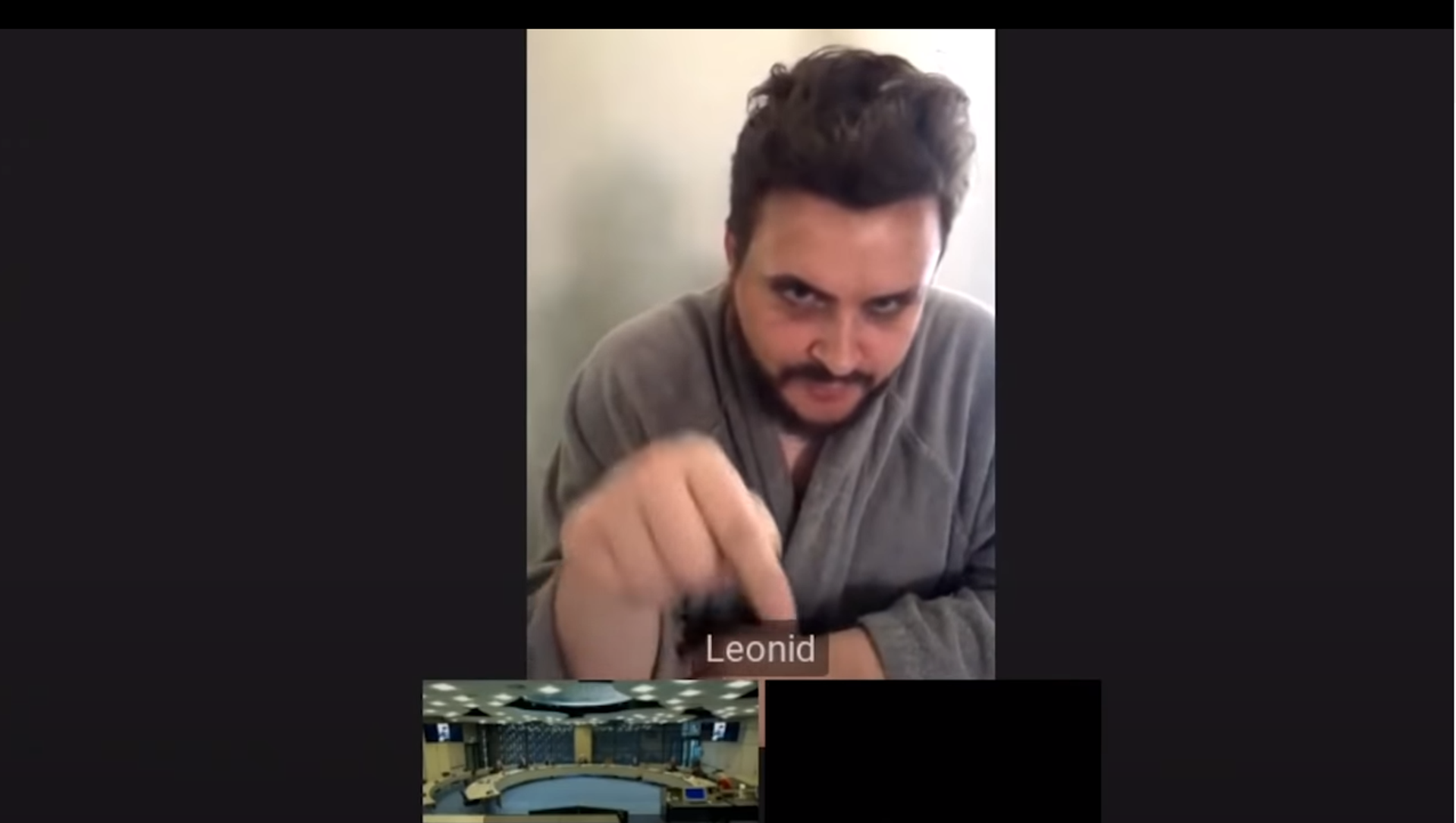 Vovan and Lexus posted the recording of a conference with their prank on their YouTube channel.

A closed meeting of the international affairs committee of the House of Representatives of the Netherlands – the lower house - was attended by nine deputies and headed by Geert Wilders, the acting chairman of the committee.

They contacted the duo, one of whom introduced himself as Leonid Volkov, the head of the foreign relations staff of Alexey Navalny, via video link. The lawmakers were not disconcerted by the fact that "Volkov" was wearing a housecoat and was drinking from a mug with the inscription “Big Boss.” Who exactly of the two passed himself off as "Volkov" remains unclear — perhaps they used deep-fake technology, which allows for the substitution of a real image with another face. The pranksters’ program on YouTube is called the Deep Fake Show.

The deputies, for their part, were actively interested in the situation in Russia and the possibility of influencing it.

"What can we do as an external pressure to release Navalny from prison?" one of them asked.

"Volkov" in response asked whether each member of the committee "could hold a hunger strike, like Alexey." They replied with silence.

The lawmakers also asked whether Navalny's headquarters were satisfied with the results of the protest rallies and whether they were waiting for "an escalation from the Kremlin" in the treatment of the protest movement. In addition, they voiced their support for "the desire for democracy" and praised "Volkov" for his bravery. 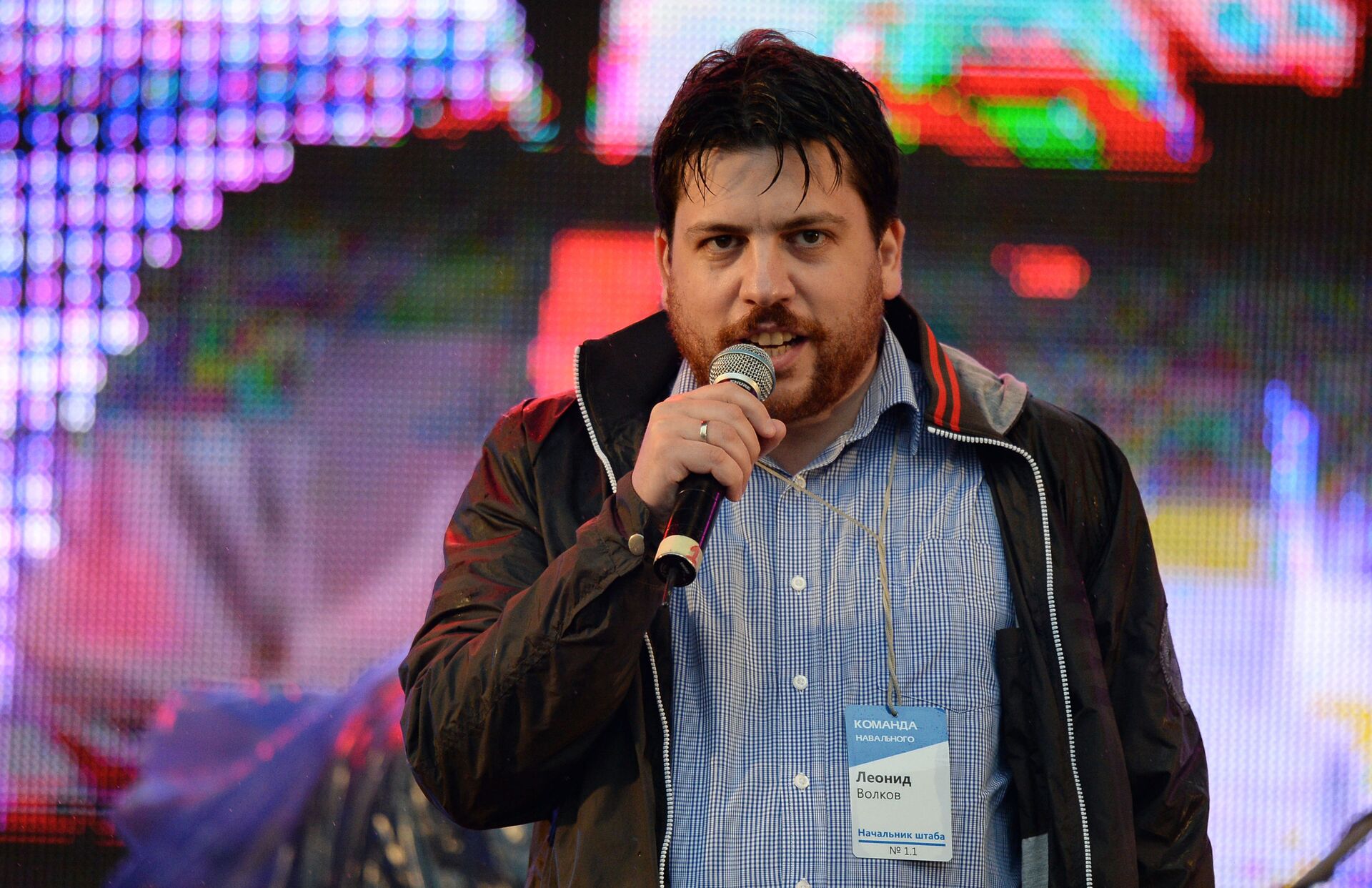 The members of the parliament asked several times what the Netherlands could do "in the area of sanctions" and "what will hurt Putin and impress him." In particular, one deputy recalled the list by Vladimir Ashurkov, the executive director of Navalny's Anti-Corruption Foundation (FBK, labeled as a foreign agent by the Russian Ministry of Justice). On behalf of the FBK, Ashurkov in February proposed to the US the introduction of personal sanctions against 35 Russian officials, including President Vladimir Putin.

The lawmaker asked whether this proposal remained relevant.

"What will be most effective? Is this really a hunger strike or sanctions?" Wilders added.

"Volkov" in response said that Navalny's hunger strike should be joined by world leaders, and the Dutch lawmakers could serve as an example.

"To be realistic, we have not yet seen many hunger strikes from world leaders or parliamentarians," they argued.

When it turned out that the lawmakers were not enthusiastic about starving, "Volkov" began to ask for "bitcoins" and offered to hold a bare-back performance in front of the Russian Embassy in the Netherlands.

"Volkov" was so insistent in his requests that Wilders joked: "Bitcoin is the word of the day."

And when one of the lawmakers noted that they wanted to "help your cases", "Volkov" asked several times whether they want to "help our gays."

"Can you tell us what contacts you have with the EU embassies in Moscow? Do you feel that you are in close contact? Do you feel that they support and understand you? Or have they closed the doors to your organization and the release of Navalny?" another participant in the meeting asked.

"What can diplomatic missions do better?" Wilders added.

"Volkov" in response complained about the poor attention of the embassies.

The lawmakers were also interested in the FBK's stance on Crimea, as well as the attitude of Russian citizens on the matter.

Gradually, the prankster got so carried away that he began to demonstrate how he danced on TikTok, "to attract a young audience," and showed a piggy bank, calling it Mr. Pig, to be Navalny's successor as leader of the opposition.

"It was a good idea to make the meeting closed. Thank you for introducing us to Mr. Pig," Wilders responded, taken aback.