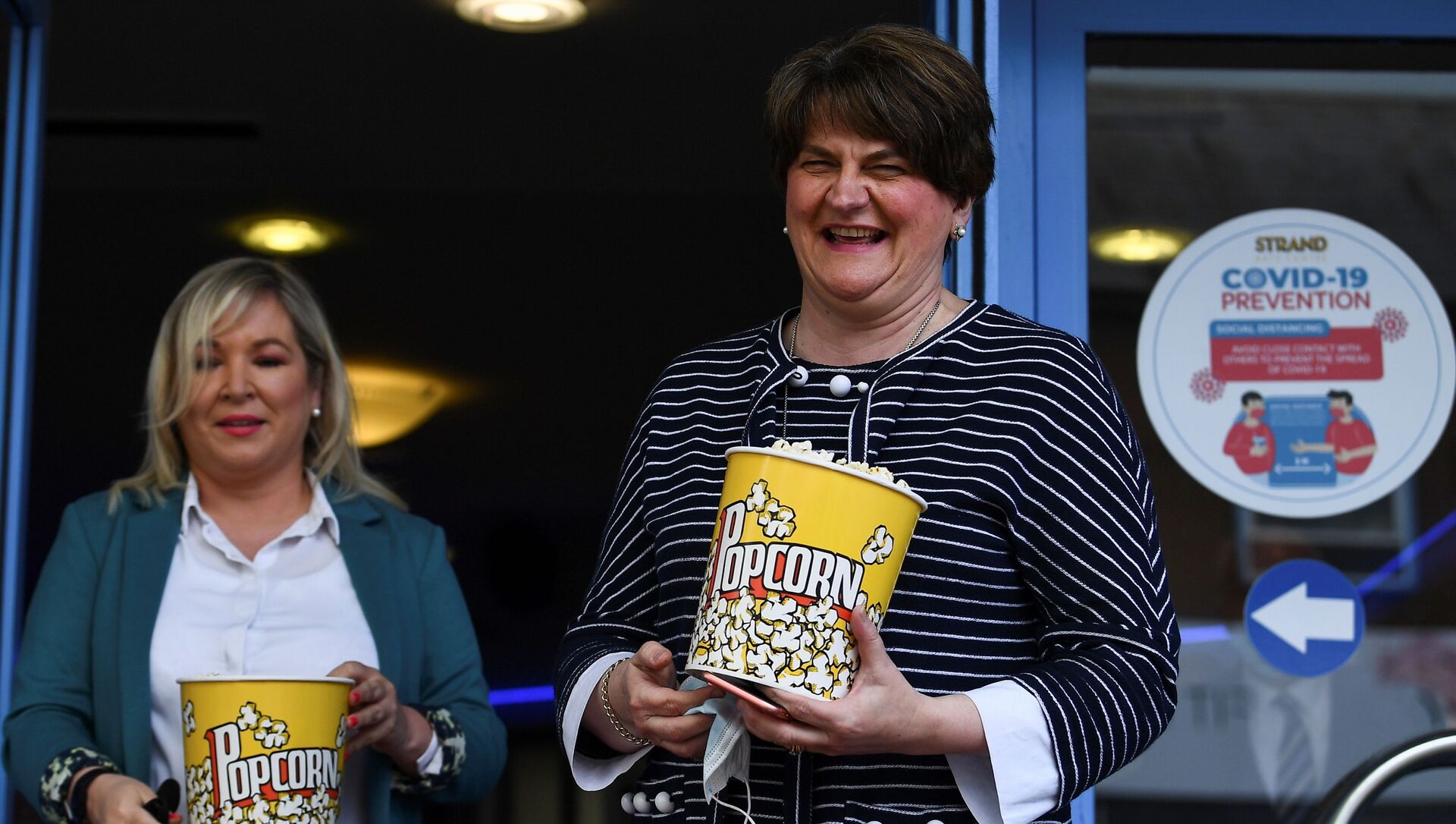 Dr Christian Jessen claimed his failure to even turn up to the libel hearing in Northern Ireland was due to not receiving a summons while staying with his parents — but the court heard how he tweeted "LOL" in response to letters from Arlene Foster's lawyer.

Outgoing Democratic Unionist Party (DUP) Leader Arlene Foster has won a record £125,000 in damages from a celebrity doctor who tweeted that she was cheating on her husband.

"I don't think Dr Jessen will be laughing this morning." Foster's solicitor Paul Tweed said outside the High Court in Belfast on Thursday — a jibe at Dr Christian Jessen's tweeted response of "LOL" when he learnt of the libel action.

"It was an outrageous libel concerning an individual of considerable standing, attacking her integrity at a most fundamental level and it involves the trashing in a very public fashion the relationship that Mrs Foster holds dearest in her life," Mr Justice McAlinden said as he delivered his judgment. "It affected core aspects of the plaintiff's life, namely, her relationship with her husband and her deep Christian faith."

Jessen posted his defamatory tweet on December 23 2019, claiming that Foster was having an affair with one of her police bodyguards. He only deleted it two weeks later, by which time it had been shared 517 times and 'liked' by more than 3,500 users.

McAlinden continued: "To state that a woman married for 25-and-a-half years and a mother of three children, who is a committed Christian and who is recognised as such, and who has publicly made statements extolling the importance and sanctity of marriage, who also happens to be the leader of the Democratic Unionist Party and a holder of the office of First Minister of Northern Ireland, was an adulterer, a hypocrite and a homophobe is a most serious libel and is grossly defamatory."

Foster is set to step down as DUP leader on Friday — and Northern Ireland's first minister in late June — after being forced out by her fellow MLAs, who elected Edwin Poots to succeed her, but can at least console herself with the fat libel pay-out.

Young Earth Creationist Edwin Poots Elected As DUP Leader to Replace Arlene Foster
Foster obtained a default judgement after Jessen failed to respond to the court summons sent to his London home, but the damages hearing was postponed while Jessen mounted a last-minute defence.

The private medical specialist claimed he did not receive court papers delivered to his London home and was unaware that the case had started, saying he had moved in with his parents during the coronavirus pandemic lockdown as he was suffering from depression.

But the judge called that excuse "forlorn", adding "Dr Jessen has chosen to ignore these proceedings until shocked into action by the scale of the press coverage of Mrs Foster's evidence."

The court heard how Jessen tweeted "LOL" after being informed of the proceedings by Tweed, followed by: "People are now comparing me to Barbra Streisand — this gay boy's life cannot get any better!!!!."

Jessen, who lives with his Brazilian partner Rogerio Barreto by the Thames in London, documented 'conversion therapy' in his 2014 programme Undercover Doctor: Cure Me, I’m Gay. Some reports have attributed Foster's ousting to anger among MLAs over her abstention on a Northern Ireland Assembly motion opposing conversion therapy that other party members voted against.

In a 2018 interview with The Telegraph, self-styled humanist Jessen advocated showing pornographic images to children as young as 12 to provoke school class discussions, adding "Parents would be in outcry, but so what?”