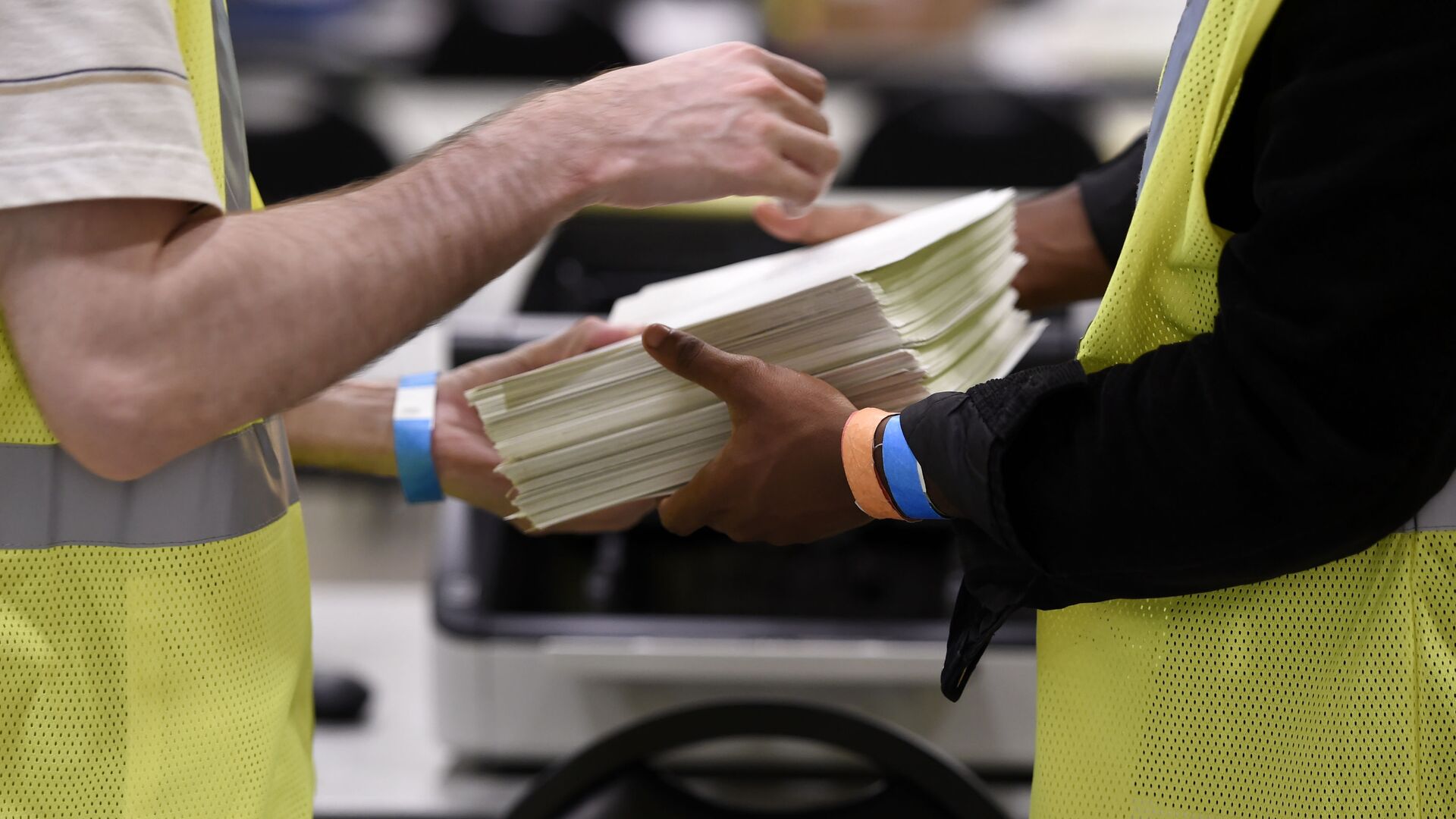 Ekaterina Blinova
All materialsWrite to the author
The US 2020 election controversy is continuing to haunt the nation, with partisan and civil enthusiasts launching re-examinations of ballots despite the Democratic Party's smearing the initiative as an attempt to undermine the public trust in Joe Biden's win.

Arizona, Georgia, and New Hampshire have recently proceeded with audits of the 2020 voting results. However, none of these efforts will change the outcome of last year's race.

Arizona auditors have been examining 2.1 million ballots cast and 385 tabulators in Maricopa County since 23 April. Although the county has already held two forensic audits, in February 2021 the Arizona GOP won a case in which it sought a third recount and examination of election equipment in Maricopa. Last November, Joe Biden won it with a margin of roughly 45,000 votes.

So far, over 500,000 ballots have been reviewed by a team of independent auditors hired by the state's Senate. Auditors have already stumbled upon various issues, including missing passwords and allegedly deleted databases as well as controversies surrounding the chain of custody and ballot organisation.

​The Maricopa Board of Supervisors vehemently denied any inconsistencies related to election procedures and processes, urging the Senate GOP to halt the ongoing audit.

America's Audit spreads to other states as they take Arizona's lead in reviewing ballots by hand. "Republican" Maricopa County Recorder takes to the national news to undermine audit as he becomes the darling of the left and mainstream media. AZGOP Chairwoman @kelliwardaz #AzAudit pic.twitter.com/6ECdfMUqUY

​After the auditors refused to back down from their claim that the county destroyed evidence by deleting an election database, the Maricopa officials threatened to file a defamation lawsuit against them. County officials specifically told Senate President Karen Fann and those involved in the audit to preserve all records related to the effort, including emails and text messages, computer files, cellphones, and other devices, according to NBC News. 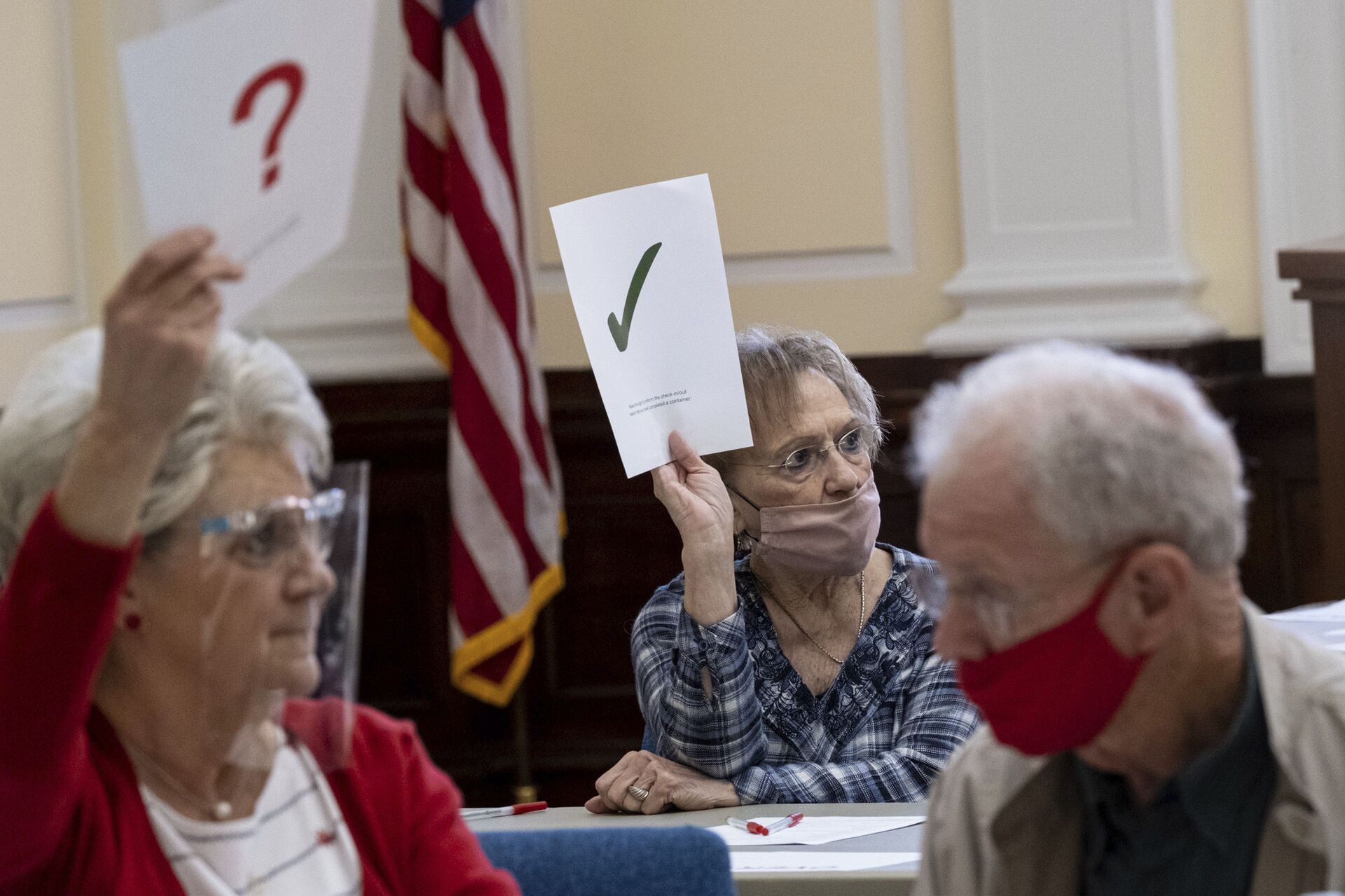 Officials sort ballots during an audit at the Floyd County administration building in Rome, Ga., on Friday morning, Nov. 13, 2020. Election officials in Georgia’s 159 counties are undertaking a hand tally of the presidential race that stems from an audit required by state law.
© AP Photo / Ben Gray

Meanwhile, on 21 May a judge green-lit the unsealing of 147,000 mail-in ballots cast in the 2020 November election in Georgia's Fulton County which was decisively won by Biden last November.

​Last year, a group of voters organised by Voter GA, a volunteer coalition of citizens and organisations advocating open and secure election procedures, filed a petition requesting a forensic inspection of mail-in ballots from the 2020 election. The petitioners cited an allegedly abnormal vote increase for Joe Biden as well as similarly abnormal reduction in Trump's tabulation, among other issues. It is expected that representatives of state officials and petitioners will meet at the Fulton County ballot storage location on 28 May.

"From day one I have encouraged Georgians with concerns about the election in their counties to pursue those claims through legal avenues", Georgia Secretary of State Brad Raffensperger told The Epoch Times in an email. "Fulton County has a long standing history of election mismanagement that has understandably weakened voters' faith in its system. Allowing this audit provides another layer of transparency and citizen engagement".

The media outlet remarked, however, that Raffensperger asked the judge last month not to grant petitioners access to the physical ballots. 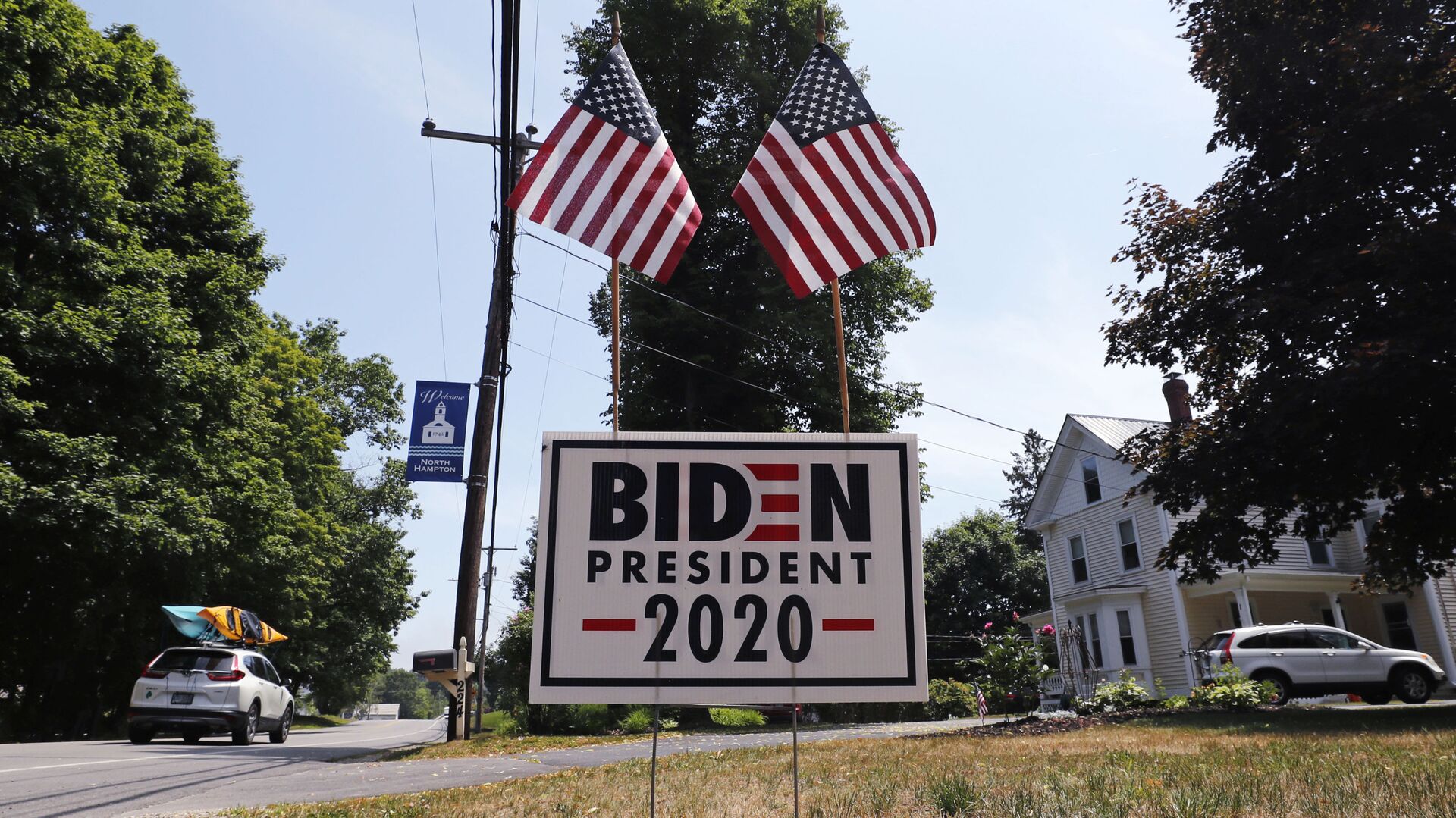 On 11 May, an audit team started a forensic examination of the 2020 election results in Windham over alleged election night machine malfunctions. In contrast to the two aforementioned audits, the recount is not related to the 2020 presidential race and was requested by a Democrat.

Last November, all four Windham state representative seats went to Republicans. Kristi St. Laurent, a Democratic candidate who lost a November race by a paper-thin margin of 24 votes, appealed for a recount arguing that either election machines were incorrectly programmed or a significant number of ballots were double counted during the counting process. Previously, a hand recount revealed that St. Laurent lost 99 votes while GOP candidates received 300 additional votes.

In April, New Hampshire's Republican Gov. Chris Sununu authorised a forensic analysis and a comprehensive recount of the 2020 election votes in Windham with a focus on AccuVote machines scanning. On 17 May, independent election auditors examining vote discrepancies suggested that machine scanners could have interpreted the fold lines as a vote when they go through a "vote target", or a candidate's name on the ballot, according to WMUR.

WINDHAM!🚨Got an up close look at an official Nov 3rd ballot thanks to @WAuditors. The diagonal fold line goes through Kristi St. Laurent’s bubble on the ballot. Those folds, as demonstrated by the test scans done last week, often got mistakenly counted as votes. @RealAmVoice pic.twitter.com/ItVgH2rkUT

​"Throughout New Hampshire, you're using the same voting machines, the AccuVote, and in principle, it could be an issue", said auditor Philip Stark as quoted by the media outlet. "It really depends where the folds are in relation to the vote targets".

Day 2 of the machine audit. The same ballots processed by the same machine in the same orientation before and after a quick cleaning of the scanner with compressed air duster spray only. Paper folding errors are greatly amplified by lack of cleaning. @WAuditors #ElectionSecurity pic.twitter.com/3wkT1WoHLH

​While examining this hypothesis, the auditors tweeted earlier this week that one machine at a school indicated that only 28 percent of 75 votes for each GOP candidate were actually counted.

The “school” machine has even more dramatic problem: counted only 28% of the 75 votes for each R candidate in this contest. #NHPolitics pic.twitter.com/rpvVljb7ww

​Despite the apparent controversy involving voting machines, one of the auditors, Harri Hursti, confirmed to CNN that their review has not found any proof of "widespread fraud".

According to the Associated Press, the push for reviewing the 2020 election results is spreading across US states, with officials in Michigan's Antrim County debating a review of their voting machines on 25 May, although last week a judge dismissed a lawsuit seeking a statewide election audit in Michigan.

For his part, former President Donald Trump is calling upon the GOP to support local initiatives:

“Why aren't Minority Leader Mitch McConnell and Republicans doing anything about what went on in the 2020 Election?", Trump asked. "How can the Democrats be allowed to get away with this? It will go down as the Crime of the Century! Other States like Arizona, Georgia (where a judge just granted a motion to unseal and inspect ballots from the 2020 Election), Michigan, Pennsylvania, and more to follow".