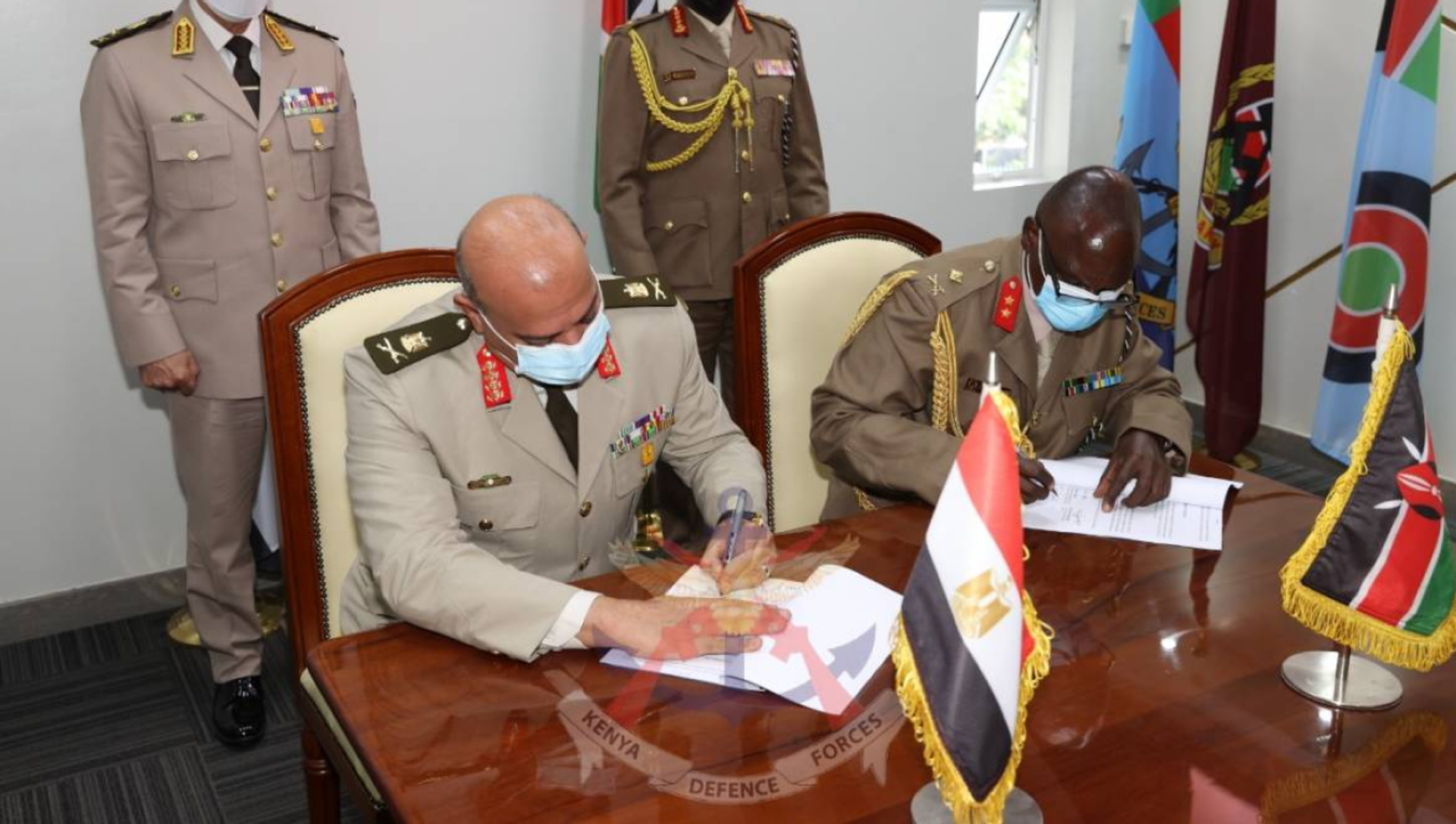 Morgan Artyukhina
All materialsWrite to the author
Amid a continued impasse over a controversial Ethiopian dam on the Blue Nile, Egypt has signed a defense cooperation agreement with Kenya - the fourth defense agreement with East African nations this year and the second with a nation on Ethiopia’s borders.

On Wednesday, an Egyptian military delegation to Nairobi signed a Technical Agreement on Defence Cooperation “aimed at deepening partnership in matters of mutual benefit,” the Kenyan Ministry of Defense announced.

The deal is Egypt’s fourth with an East Africa nation this year. In March, Cairo penned a new defense agreement with Sudan to its south that Egyptian Armed Forces Chief of Staff Mohamed Farid described as “unprecedented level of military cooperation,” according to Daily News Egypt. Earlier this month, they began joint military drills titled “Guardians of the Nile,” intended to “[strengthen] bilateral relations and [unify] methods of dealing with threats that both countries are expected to face,” according to Sudanese state news service SUNA.

In April, Egypt also signed a memorandum of understanding on intelligence sharing with Uganda and a defense cooperation agreement with Burundi.

The move comes as Sudan accused Ethiopia of beginning the second phase of filling the reservoir behind the huge Grand Ethiopian Renaissance Dam (GERD), a hydroelectric dam on the Blue Nile. Sudan and Egypt, which sit downstream from the dam and are heavily dependent on the river for fresh water and irrigation, are afraid the dam could threaten their water supply and have attempted to stop its construction with diplomatic and legal pressure for years.

Ethiopian Water Minister Seleshi Bekele has denied the claims, saying on Wednesday that they are “deliberately misleading statements targeted to confuse everyone,” according to Bloomberg.

Addis Ababa says the 6,000-megawatt dam, being built with Chinese help, is necessary to alleviate its acute electricity shortages and that it is asserting its rights over water resources long governed by colonial-era agreements, when the British Empire ruled both Egypt and Sudan. When completed, it will be the largest hydroelectric dam in Africa and the seventh-largest in the world.

The day before signing the agreement with Kenya, Egyptian President Abdel Fattah el-Sisi and Egyptian Foreign Minister Sameh Shoukry hosted Qatari Foreign Minister Mohammad bin Abdulrahman Al Thani in Cairo. The meeting was intended to patch up relations in the wake of Egypt, Saudi Arabia, Bahrain and the United Arab Emirates agreeing to drop their boycott of Qatar in January, but at the meeting, the two also discussed the Renaissance Dam, according to the Doha-funded outlet Al Jazeera.

Before heading to Egypt, however, Al Thani spent the weekend in Khartoum to “review the bilateral relations and the spheres of joint cooperation,” according to SUNA. He also reportedly affirmed Doha’s willingness to support Sudan in diplomatic issues, including the GERD dispute and its longstanding border demarcation dispute with Ethiopia.

As Sputnik has reported, Africa’s Sahel region has become an area of intense political competition for Qatar and the UAE, with both countries sinking billions of dollars of investment into infrastructure and economic restructuring projects in recent years.

On Monday, the day after Thani left Khartoum, the UAE suddenly dropped its role as a mediator in the Sudan-Ethiopia border dispute, but said it would continue to respect Khartoum’s position.

Kenya, too, has its reasons for wanting friends against Ethiopia.

Another controversial hydroelectric dam, the Gilgel Gibe III dam on the Omo River, was completed in 2015 and threatens the water supply to Lake Turkana, which sits on the arid border region between the two states and is the primary fresh water source for many local tribes. In July 2020, Kenyan fishermen on Lake Turkana reported the lake’s fish stocks were rapidly dwindling and blamed the dam for their shrinking numbers.

Both nations also share a border with Somalia, and are deeply embedded in Somali politics. In 2006, Ethiopian troops joined forces from the US and African Union to drive out the Islamic Courts Union and restore the power of the Transitional Federal Government. However, their presence, the collapse of the ICU and the rise of Al-Shabaab helped create a destructive new phase of the civil war, and Ethiopian forces only withdrew in 2008.

Kenya, which sits across the border from Somalia’s Jubaland state where al-Shabaab has been most active and from which it has even staged attacks into Kenya, has been accused of meddling in Somali internal affairs by now-Acting Somali President Farmaajo, who has his own centralizing agenda aligned against the regional power of the country’s five states.